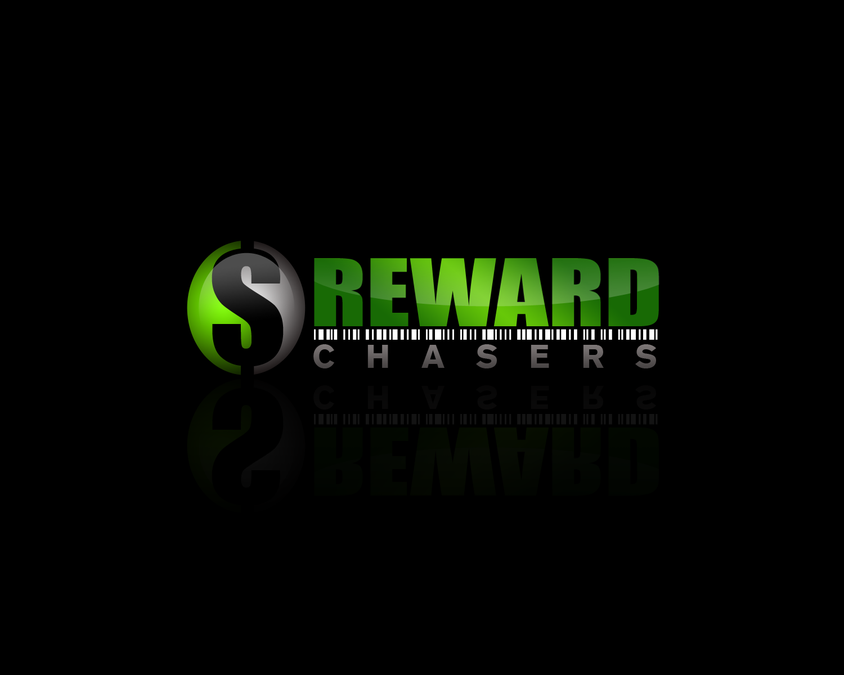 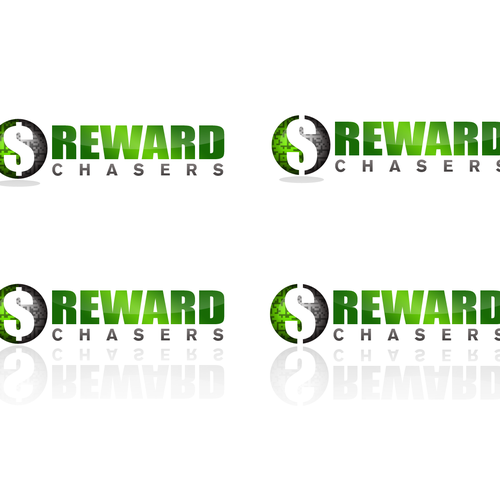 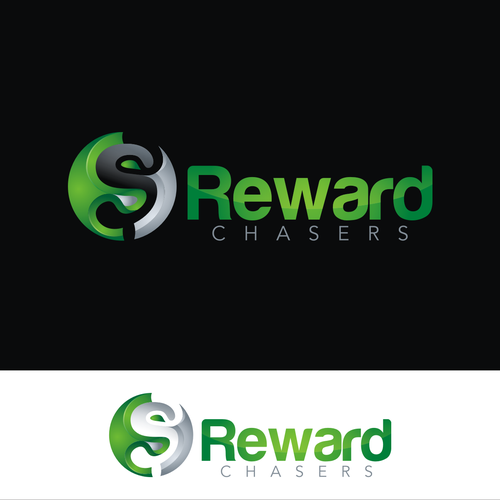 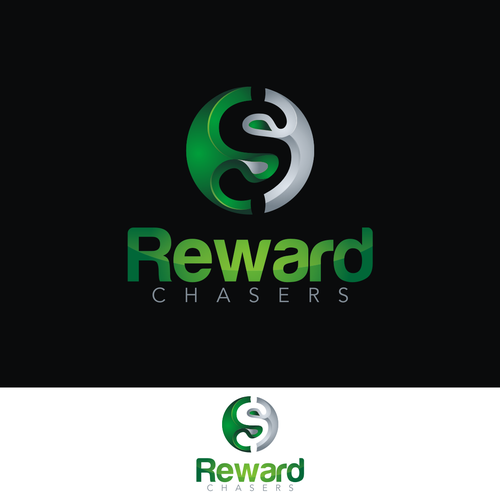 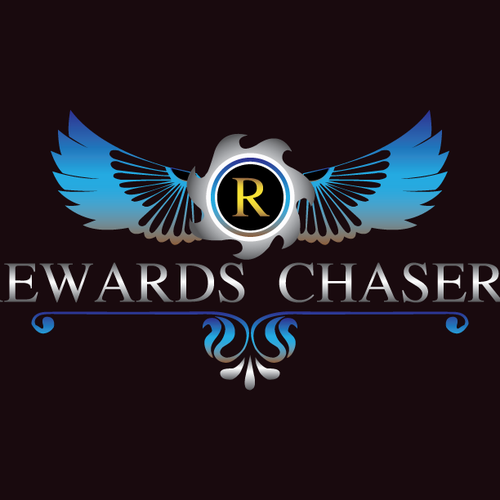 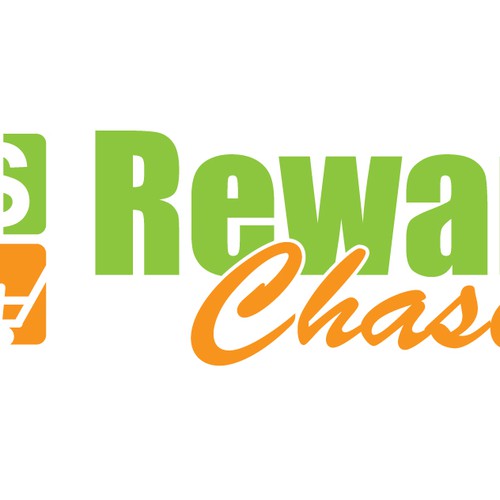 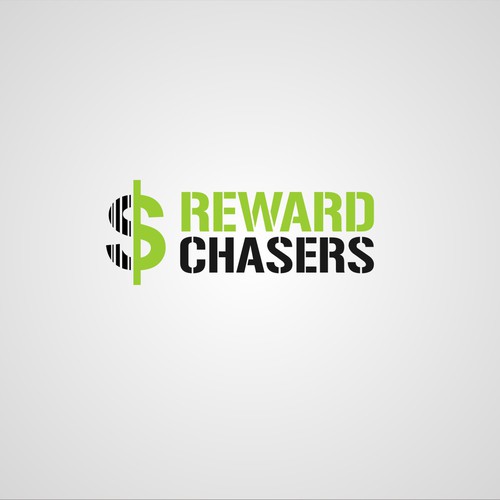 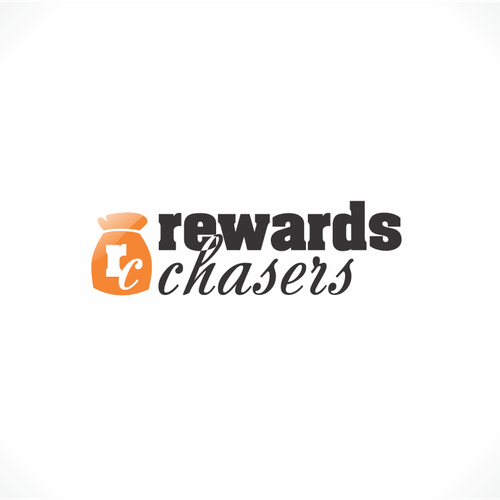 Colors we do NOT want to see: pinks/purple

We are looking for a crisp, clean logo.
We like fonts that are simlar to gothic type curive cursive or impact.

Logos we like:
- Apple: the logo is simple and easily identifiable.

-Google Android: The android robot icon is also simple and you can see elements of it in the Android text

-Picasa: It has other elements built into the icon that you might not see at first glance (shutter from a camera and an outline of a home)

- istockphoto.com: again, very simple and relevant to the subject of the site

Layering the text would be ideal. In other words the word "REWARD" in a gothic impact type of font with "Chasers" overlapping which could be in a script.

We are open to creative ideas, we want the logo to be modern and fun since it will be targeted towards a young crowd

Designers our apologies for leaving you hanging. Here is what we like…
The greens noted in numbers 88, 18, and 77 are great mixed with the Gray coloring.. Those colors are good
We like the feel and texture of numbers 131 and 133 for the word “Reward”
We like the fonts in 77 and have started to not like script or cursive text it is hard to read
We like the different sizes used in fonts like Reward is large and Chasers is smaller
We have reviewed the bar code some of the designs had and decided to mock up a picture that will be sent out tonight for clarification.

New wave aquatic logo for pool builders
US$ 299
We are a swimming pool contractor. We design and build inground pools for residential clients
24
entries
10
diseñadores
Horror Production Company Logo looking for something FUN!
US$ 299
We write, produce, and direct horror movies and television shows.
63
entries
13
designers
Need a stylish logo for a new winery/tasting room that will appeal to today’s wine lovers.
US$ 299
Vineyards, wine production and sales in our tasting room in Ellijay, GA.
67
entries
21
designers
Logo for “UTENSIL”
US$299
I have online store called “UTENSIL.STORE” and domain “ UTENSIL.STORE” I sell luxury dinner plate , fork , spoon & glas
90
entries
42
diseñadores
We want a Badass logo for a Passionate, quality home improvement company.
299 US$
US Army combat veteran owned company. We do home improvements/remodeling/restoration.
55
entries
23
designers
I want to design a stunning and creative logo for my company”SettleCanada immigration Services”
C$ 399
Gives consultation to clients, who want to migrate from diffrent countries, to Canada
271
entries
63
designers

Comienza ahora
A friendly John Deere tractor design - appealing to residential homeowners
299 USD
I am starting a lawn care, tree removal, yard cleanup business using a small John Deere 1025r tractor. My audience is sm
30
entries
7
designer
Need logo for FIGHT MOTION, MMA clothes
EUR 269
FIGHT MOTION is our brand for fight wear products (rashguard, short, teeshirt...). The logo need to be a little bit agr
136
entries
31
diseñadores
Design a logo that speaks to being confident in who you are and what you can accomplish!
$299
We are an online education and training center. Users take courses to learn a new skill, hoping to land a job in their t
103
entries
33
diseñadores
Un logo per il mio nuovo blog
269 €
40
entries
10
designer graphistes
who ever wins i will give him the website to do it + one more Logo
US$ 499
General Trading company Mostly importing products and sell it to the market wholesale as an official distributers and by
318
entries
52
designers
Design the Logo for my New Plant Based Food Blog!
299 USD
We are a vegan/plant based food and life style blog. The food is going to be more advanced and innovative in culinary te
40
entries
18
designer