NeoMasculinity.com - can you design a logo to make men proud?! 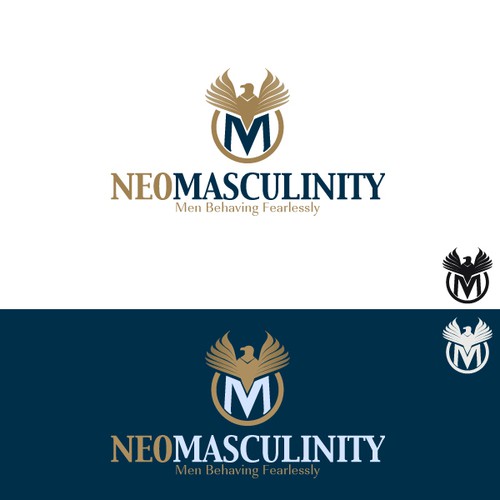 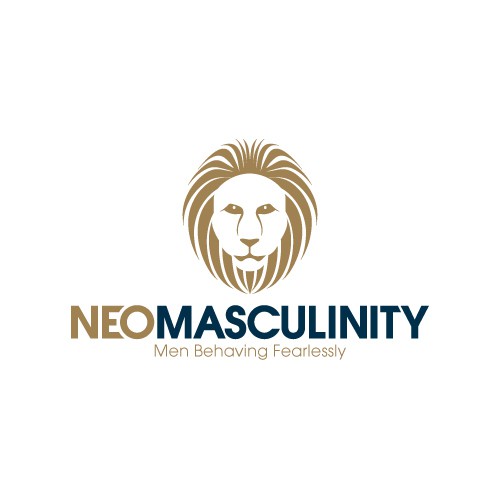 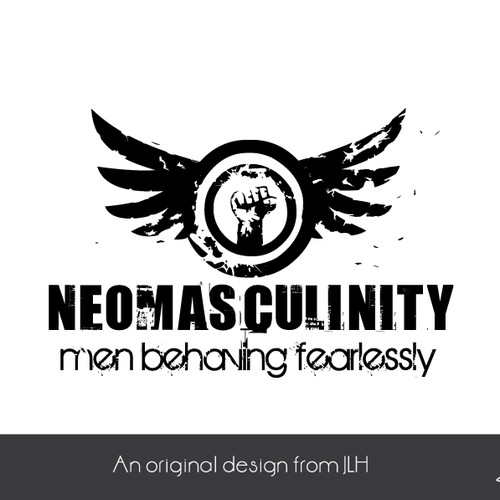 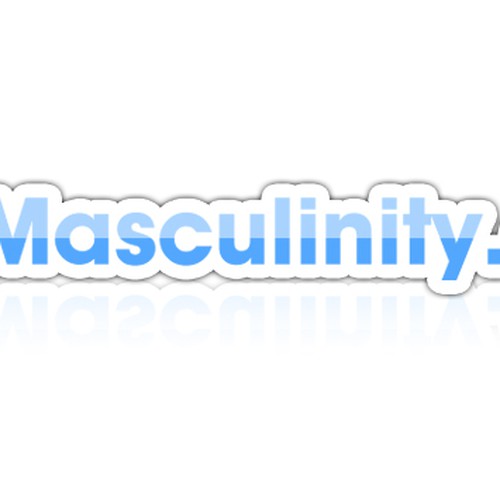 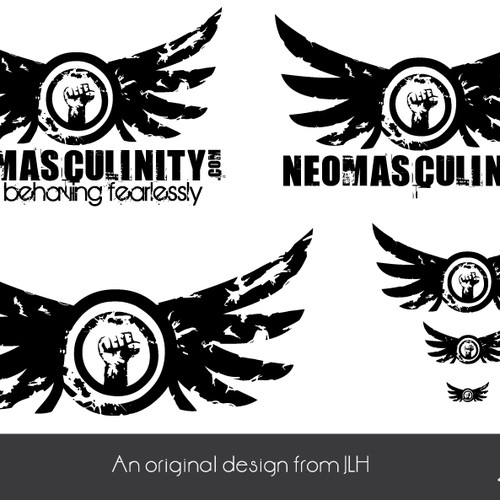 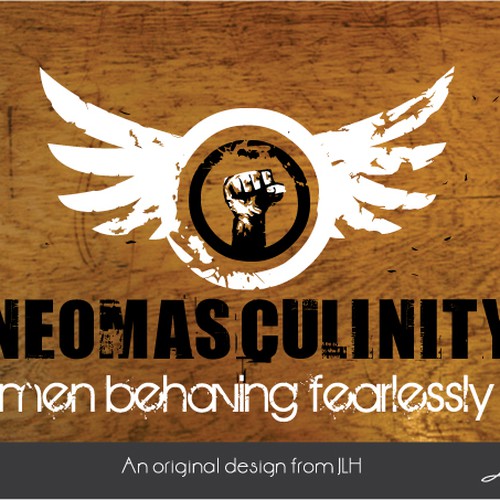 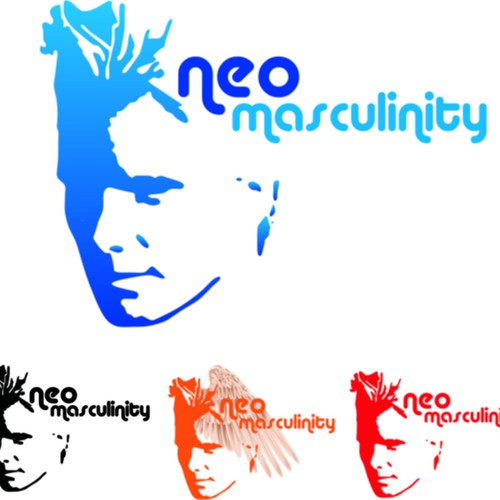 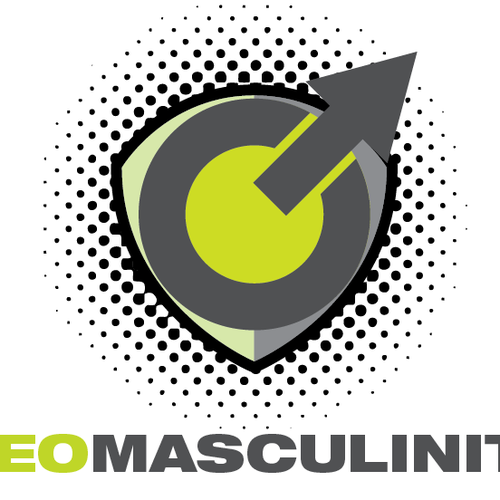 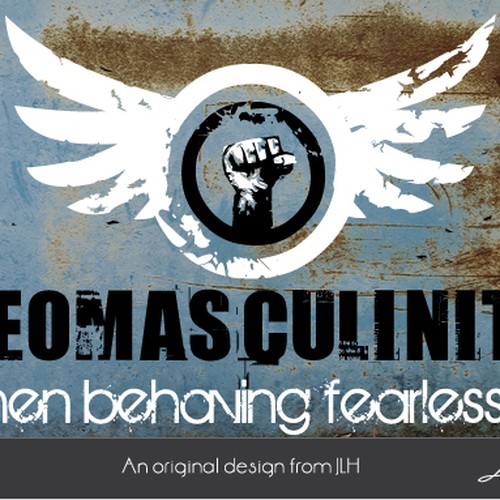 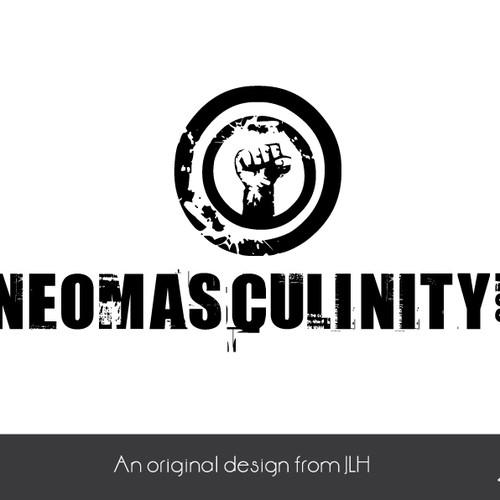 This is a startup social network to gather men together to discuss and explore what it means to be men. This site needs a logo and a good designer to rise to the challenge of establishing a "feel"... a visual "brand" that can later be translated to the site design, printed materials, etc.

The site will explore a broad range of topics related to "being men": sports, sexuality, wife's/partners/children/family, toys, fashion, societal expectations of men, resources and reviews of stuff of interest to men, commentary on how men are represented in contemporary media and discourse, men's stories, humourous stuff, etc.

The site will evolve into a place where men feel safe and excited to come to "talk man stuff", let it all hang out, etc.

My client is a blogger who is starting up a blog (which will evolve into a social network) about men's issues.

My client is a "man's man" and he is deeply passionate about the errosion of masculinity, especially in the West. It's as if feminism has now gone too far, political correctness has SO influenced our thinking that men are afraid to be men, and indeed are not really sure what it means to be a man.

With divorce so rampant, as a much as we honour and respect what single mothers are able to do in raising children, we think boys need their dads to show them what it is to be "male".

Men are not women. Women can't replace a man in a boy's life, or in many other roles and functions in family and society. We don't think this is what most women want either, by the way.

The weakness we see in many ways in Western society is a result, at least in part, of a generation of men having been raised with either weak or non-existent male role-models, and the damage caused by this is evident in, not least, women feeling very insecure around their men... because their men don't know how to make them feel (and be) safe.

Men also, are afraid to be men... because anything in today's society that has to do with being male is frequently defined as either illegal or inappropriate behaviour. The "emotional violence" perpetrated by women against each other (and against their men) is largely ignored or not understood as the damaging thing it is, but boyhood (and just plain "male") testosterone-induced boisterousness and physical aggression is almost always treated as bad...

And so men are left feeling like they're created to be something that society shuns. No wonder there is an epidemic of depression among western men.

Lastly, we think far too many men are scared. They're scared of the power that women have been given over them. They're scared of the power that's been taken away from them. They're afraid of living in a society that doesn't let them feel free to be themselves. They're afraid that they don't know how to respond to the many many pressures they face in the home, in business and in their inner lives. And they're afraid that they'll grow old without ever experiencing the sense of victory and conquest that they feel in their very bones they're made for.

So we would like a "brand" designed that has a bold feel about it and is something that makes men feel proud just looking at it. I would rather NOT have a picture of a man, or even a rendering of a man in the logo, for fear that there is no way to make it look "generic" enough (but if you think you can pull that off, give it a go!)

We are quite impressed by logos like the Harley Davidson one with the eagle and the heraldic/emblematic type of "seal" thing. That's kind of "noble" and cool looking.

Our design goal is to present a bold and compelling logo and brand that when a person comes to the Web site, they feel at least impressed enough by the look of it to want to hang around and check it out some more. It doesn't need to appeal to women, but it must appeal to men.

Also, we will use men in photos and other imagery, a lot... that's another reason why we don't need men visually portrayed in the logo.

Now, the logo need not include the ".com" bit. It could just read NeoMasculinity. If you want to change the camel casing, go right ahead: all lowercase, or all uppercase, or whatever you think is best.

It is possible that we could end up writing a book by the same title too, so bear that in mind!

- We have not settled on a tagline, but for now use: "Men Behaving Fearlessly."
- A logo is required, that can be represented in b/w, colour and that doesn't degrate when represented quite small on a webpage (in, say, 75x75 pixels, or in a favicon).
- The logo should have a "bold" look corresponding with the main proposition of the site, which is about men becoming purposeful, fearless, comfortable in their own skin and in their own masculinity, however that is expressed. That "boldness" needs to be seen in the logo itself... so I'm thinking a central vanishing point, a seal or heraldic image of some sort, and stuff shooting out from the vanishing point in some way. Examples below.
- The "brand" will need a specific colour scheme of your choosing. Male colours or colours that will appeal to men. Think cars, motorcycles, sports and other brands that appeal strongly to men. You may need to think about other graphical elements that work along with the logo to define the "brand" - same as the Coke logo has the "ribbon", for example.
- We would prefer a "warmer" feel than you get with lots of "metallic" elements. It seems that 3d metallic logos, menu bars and all that stuff have been done to death (a la apple.com), and we'd rather go a different direction.
- Simple is better than complex. If the logo is somewhat complex, that's fine, as long as we can work it into an elegantly simple site design.
- The logotype (the word Neo-masculinity) should NOT have the dash in it, and can be cased any way you prefer. You can include the .com but the logo should have a version that does not include the .com.
- The logo should include a strong graphical element along with the text, that suggest boldness and fearlessness. Don't be guided by this exclusively, but we like the Harley Davidson logo, and others like it, which use an eagle and a shield or a heraldic kind of element, which in combination look pretty forceful and impressive. A lion with cubs would do the same thing.
- We're hoping the logo can communicate the role of protection men are meant to have, towards their women and children, and towards their responsibilities in business and life. Men are meant to ooze authority and confidence and should make those under their care and responsibility feel safe and restful.

- Anything that looks too "militant" (note comments on the contest page). The fist falls into that category. We want the feel of strength and confidence and fearlessness, but not militance, which suggest an "adversarial" feel, which is wrong.
- We are not asking for a site design here. Just a logo and other related "brand" elements. But if you want to show us these in context of a simple site mock-up, go right ahead. It may help you :)
- Probably (not certain) that images or representations of a man or men in the logo itself is not the way to go, as stated earlier. We're worried that if you do that, it kind of locks us in to that particular "look", or that it won't have broad enough appeal. Feel free to disagree.
- Don't want an overly dark design. This site will have dark text on a light background. We want to appeal to men of all ages. So we don't want you coming up with a grungy or gothic design that assumes light text on a black background. Maybe that will work on the logo, sure, but no way on the site itself, or print materials, etc.
- This site/brand is about men being real men, and that means we are NOT promoting porn, since that is what weak and dysfunctional men are into. Sure, we'll talk about sexuality, about women and there may be the occasional gratuitous booby picture somewhere, but if this site told men it was ok to objectify women, it would be dead before it started. Please don't design a logo that in any way communicates mistreatment of women.
- We think the classic web 2.0 elements are over-used and will not help this logo to stand out in any way at all. So be careful with reflections, bubble-wrap effects, aqua-anything, etc.