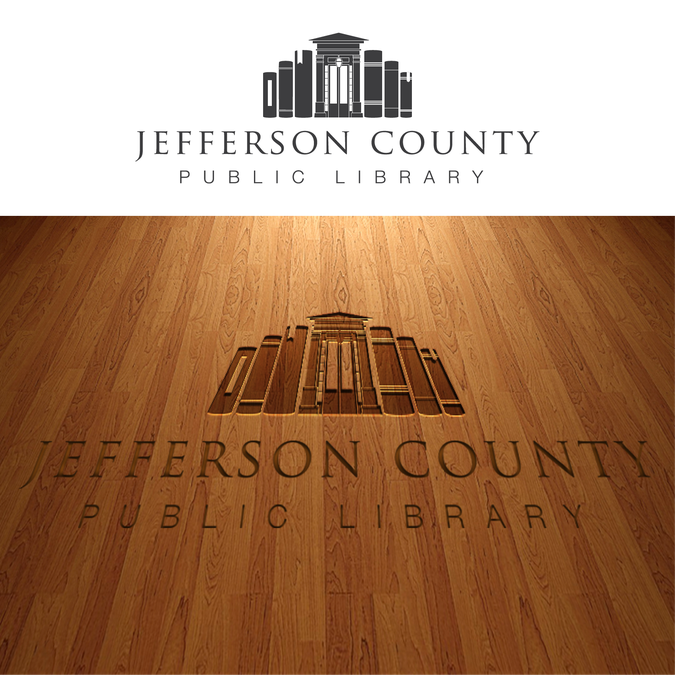 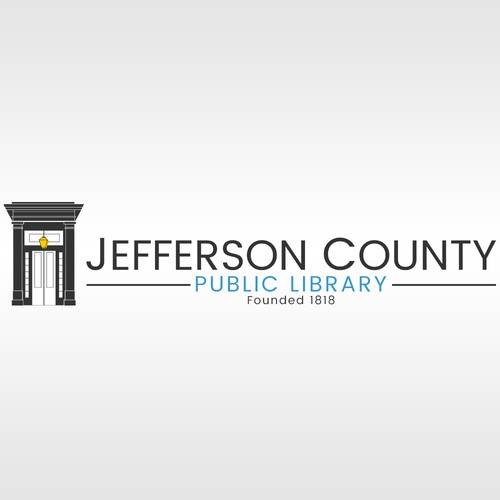 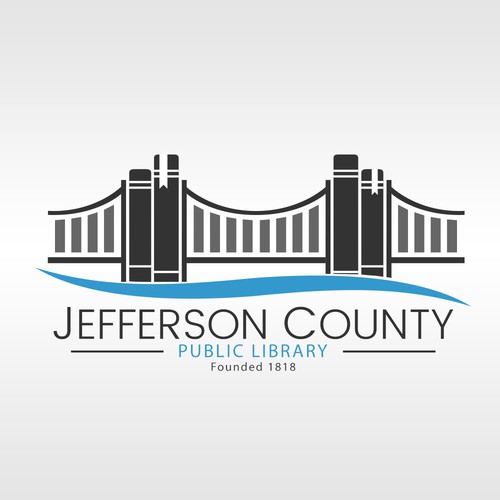 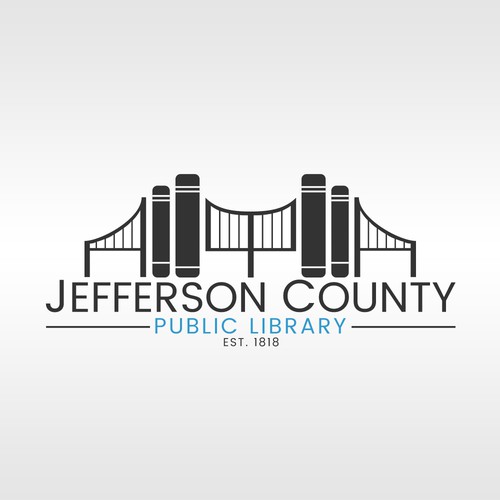 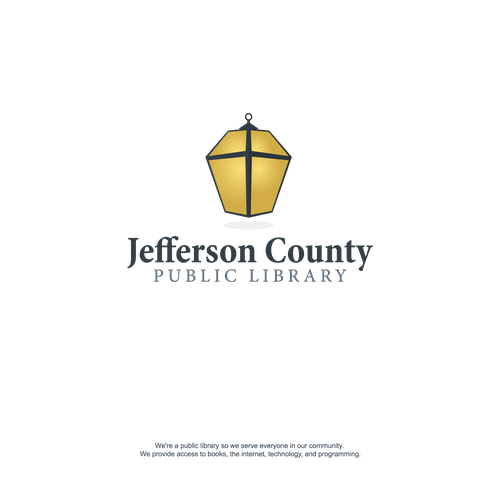 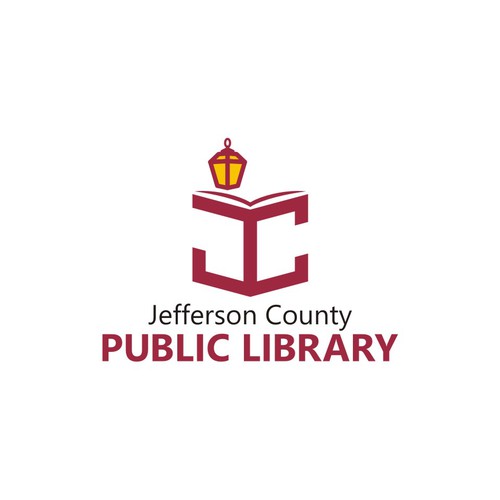 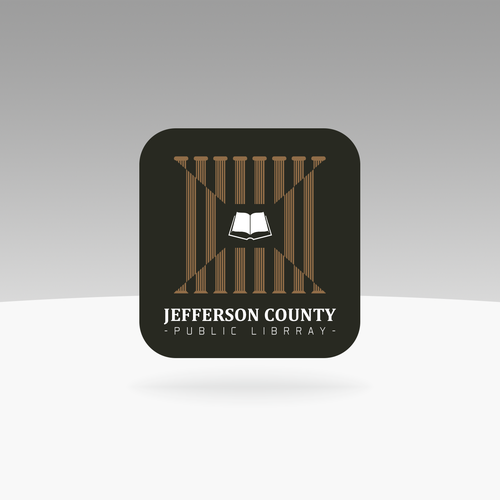 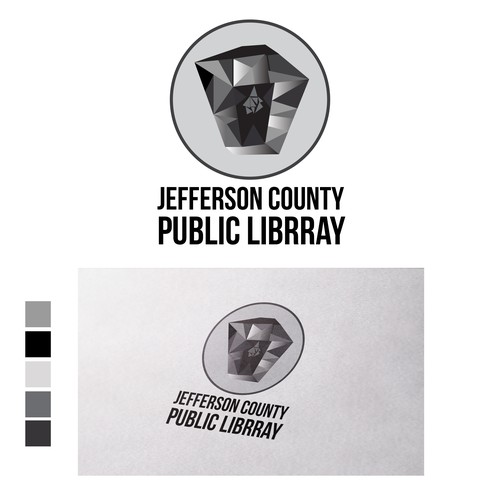 We're a public library so we serve everyone in our community. We provide access to books, the internet, technology, and programming.

Sorry if this is too much info, I figured to was better to provide too much than too little.

I'd like this logo to contain both graphics and text (Jefferson County Public Library), but I want to graphic element to stand alone, too. Also, I like how, for example, Apple's logo has largely remained the same, but is slightly updated to stay fashionable.

Here are several possibilities for the graphic portion of the logo which were drawn from the Library building and local landmarks. Photos are included.

1. The Library's Porch light. This is an iconic part of our library building. It's been hanging above the main entrance for decades. Nobody can remember a time it wasn't there. It can be interpreted as a welcoming light or as 'illuminated knowledge,' If you use this, I'd like four panels of the light visible in the logo.
2. The building's main entrance is well-known in the community. A simple or stylized graphic of it would fit well. Please don't include the flags or garbage can.
3. Our community takes local history very seriously, the downtown area (in which the library is located) is the largest historical landmark in the United States. Along Main St. there are many old buildings/storefronts. A logo with several buildings that also resemble books on a bookshelf would be appropriate.
4. The library is located in a river town, which is played a huge role in local history. Using a river/flowing water would makes sense, especially if it resembles a book.
5. There is a well-known bridge over the river (www.miltonmadisonbridge.com for details/images) that has recently been renovated. Using the bridge in the logo would be good, especially if it has the suggestion of books incorporated into it.

A few other things to consider... The library was founded in 1818 and is the oldest Public Library in the State of Indiana. It would be great if this fact could somehow be incorporated into the logo, however, it's not absolutely necessary. I'd rather have a well designed logo without it, than have it shoehorned in. Also, when in doubt, err on the side of simplicity.

Edit: Instead of using "Est. 1818" is really needs to say "Founded." Sorry for any confusion.

Sporty Girls Inc. needs a new logo! Be creative, fun, and outside of the box!
299 $US
Sporty Girls seeks to encourage minority girls age 8 - 18 to participate and achieve success in non-traditional sports.
65
entries
10
designer graphistes
Mt. Pleasant Christmas Celebration
299 $US
This logo will be used for our annual Christmas Celebration, held the first weekend of December, that takes place in our
100
entries
17
designer graphistes
Design a 20th Anniversary logo for The Hospice Lottery
229 £GB
The Hospice Lottery Partnership is a not-for-profit organisation that runs a weekly lottery to raise funds for five l...
36
entries
7
designer graphistes
Create a "soul unique" logo to help inspire personal and planetary transformation.
799 $US
Soul Unique is a platform (on the web and, in the future, in a book) for inspiration and transformation within the realm
80
entries
18
designer graphistes
National psychological trauma center needs strong identity in a field with not-so-great logos
799 $US
The Complex Trauma Treatment Network (CTTN) is a National Child Traumatic Stress Network (NCTSN) Center established i...
69
entries
25
designer graphistes
2017 Toy Drive
$299
Our 15 year old son partnered with his basketball coach, who already has an organization called "Dibia Dream", to organi
44
entries
3
designers