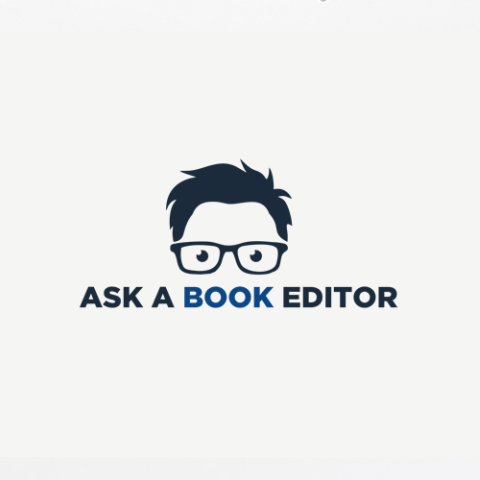 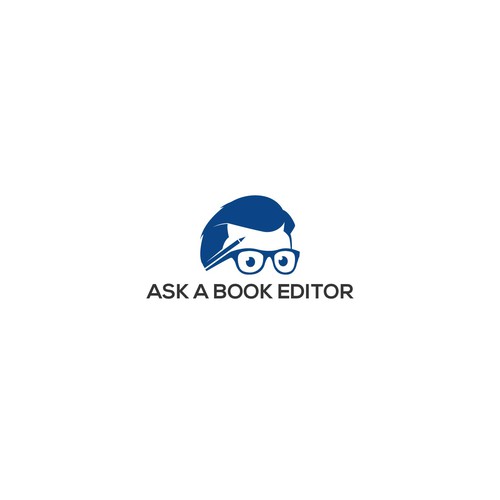 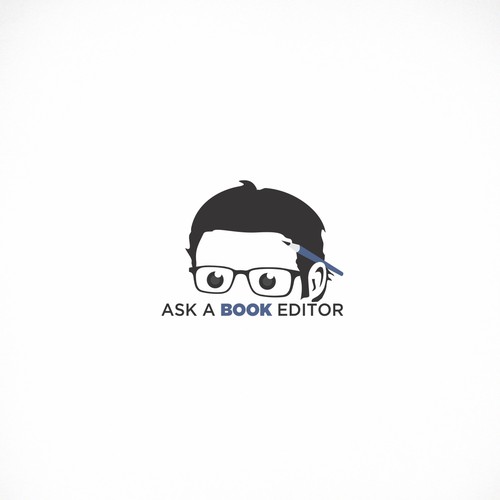 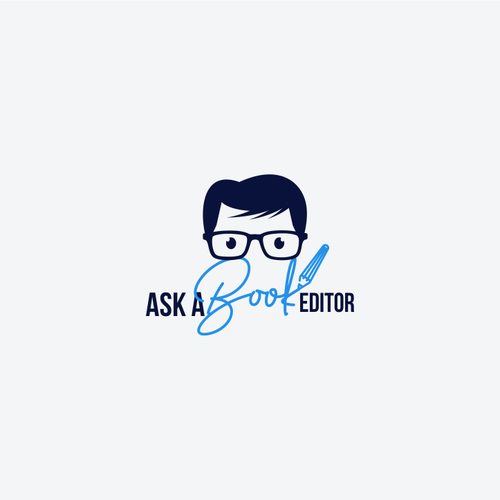 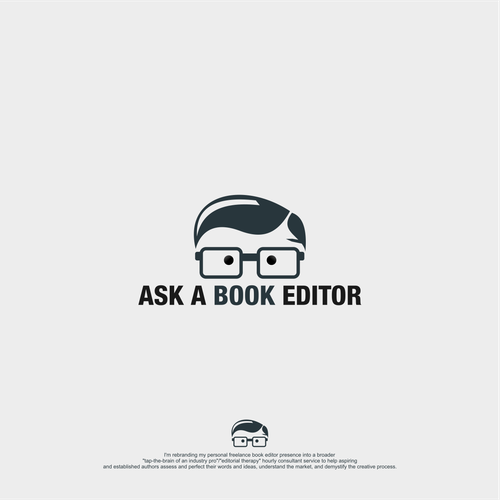 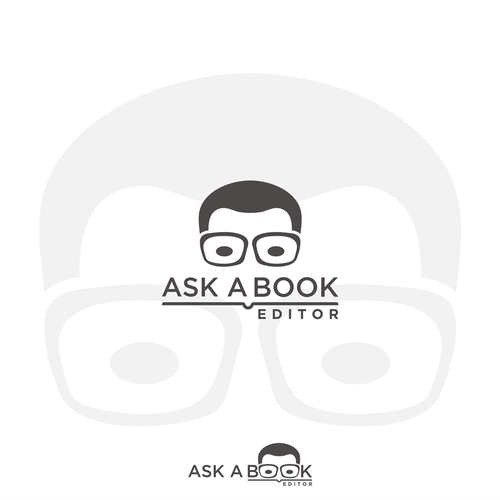 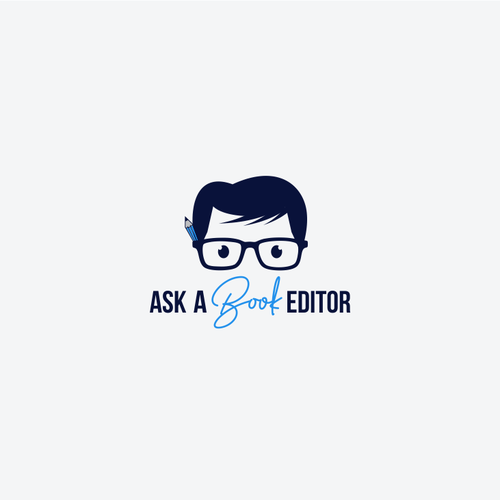 I'm rebranding my personal freelance book editor presence into a broader "tap-the-brain of an industry pro"/"editorial therapy" hourly consultant service to help aspiring and established authors assess and perfect their words and ideas, understand the market, and demystify the creative process.

I've got a fairly specific idea in mind. Riffing off the attached "SOCIAL GEEK" image, I envision a boyish part/swoosh of dark hair (though not to too crazy Bob's Big Boy level) above a pair of glasses (similar to Warby Parker's Crane style (slightly oversized silhouette with a slim, rectangular profile--reference attached) in "whiskey tortoise" (aka, tortoiseshell)) and simple eyes. The glasses don't have to be the same shade as hair but I don't want bright, colored glasses.

Just beneath the glasses will be the all-caps text in a clean, probably bold, sans serif font (with "BOOK" in a contrast color or somehow emphasized). The imagery's tone--though playful--should skew a smidge more literary/intellectual/wordsmith than gamer geek/nerd ;)

The figure isn't intended to be a precise portrait of me but IF it works in the color scheme the eyes could be blue-green.

One possible addition to play up the book editor angle would be to see a blue and/or blue tipped pencil coming up on right side angle, as if tucked behind an ear. Would love to see that subtle detail. If so, perhaps the word "BOOK" is emphasized by "hand drawn" blue underlining? Or maybe there's a thin pencil on its side beneath the text (but text should be the focus).

Other than the pencil somewhere, I'd like to stay away from all the usual literary imagery of books, typewriters, fancy pens, etc.

**This may already be a given, but included with the winning files, I'd like the image in layers so I have the option of using the face and text side by side for horizontal display. Thanks!

P.S. If--keeping with the intended tone--something completely inspired comes to mind, go for it.

Comienza ahora
Design a logo for a new scifi space opera series in the vein of Farscape and Star Trek
USD 499
Terra Lost is a new sci-fi space opera world that will be used primarily as a book universe. This logo will need to sit
231
entries
60
designers
Create a fun logo for a start-up, independent book publisher.
USD 299
Underhill Press is an independent book publisher.
78
entries
22
designers
Sparq A Revolution!
$299
We will be organizing events to bring people together centered around meeting and engaging with new people and forming m
156
entries
51
designers
Hollywood Trailer Music Company
$299
Feature film trailer music and sound effects
130
entries
28
designers
Create a Sleek and Sophisticated Logo for Event Decor Co. "The Reveller"
$299
We provide curated party and event decor, products, and services shipped straight to your door.
171
entries
37
designers
World Famous City Event Needs Logo!
CA$669
The Niagara Falls Comic Con is one of Canada's largest celebration of all things pop culture.
44
entries
12
designers