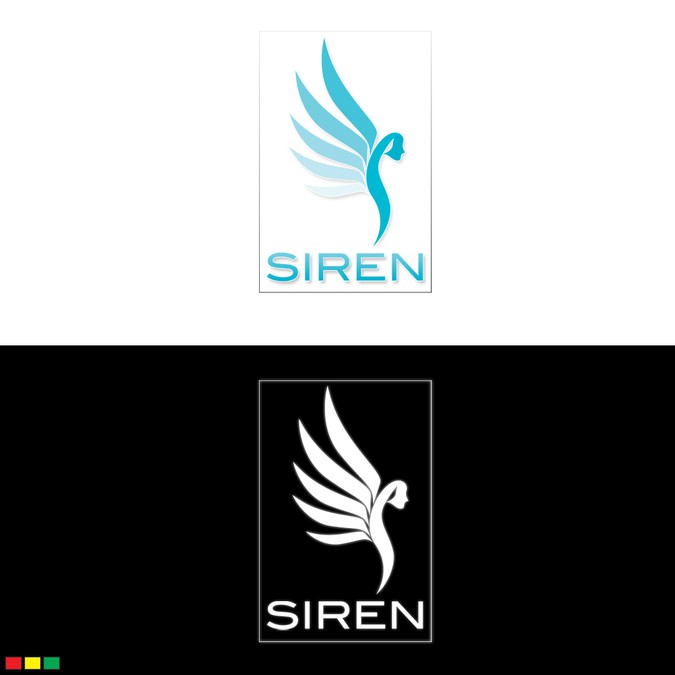 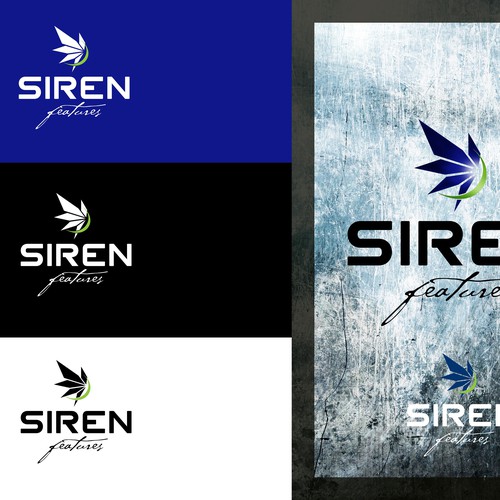 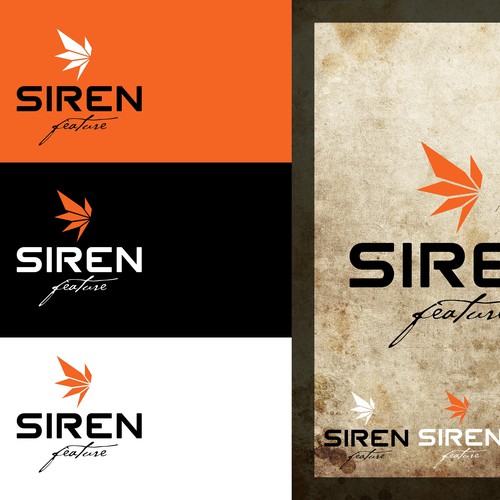 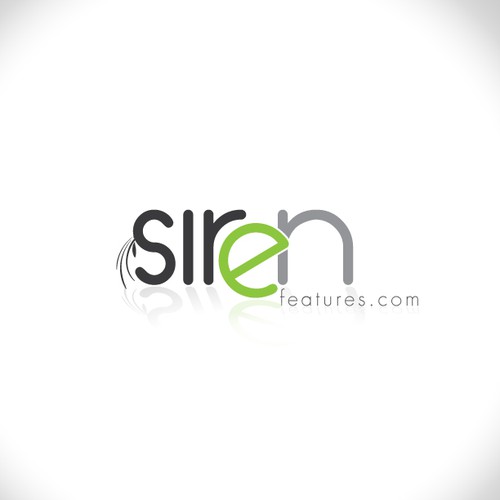 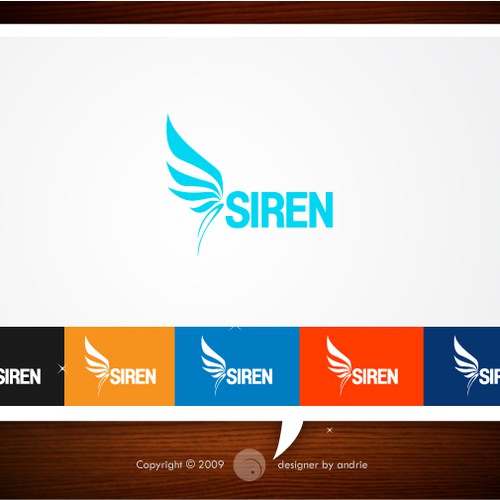 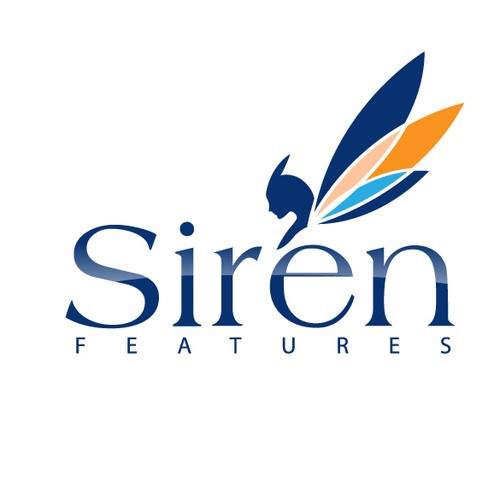 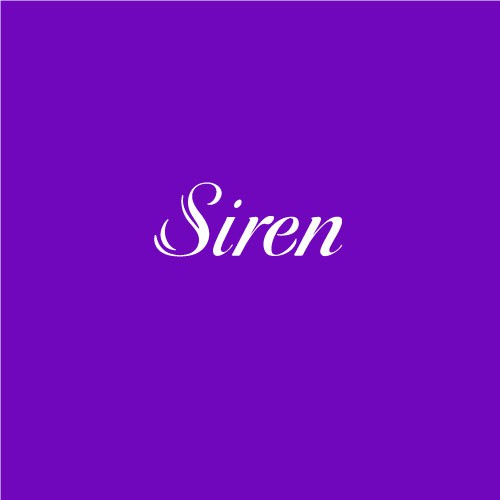 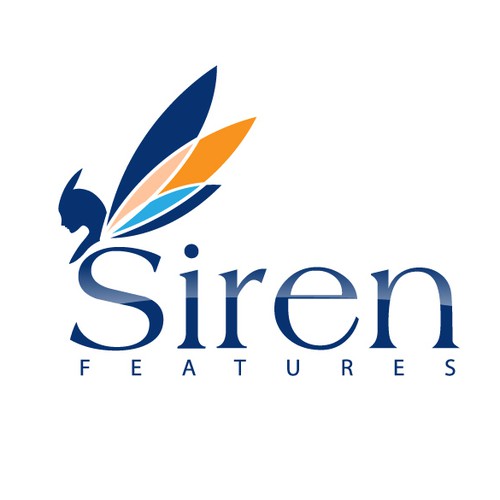 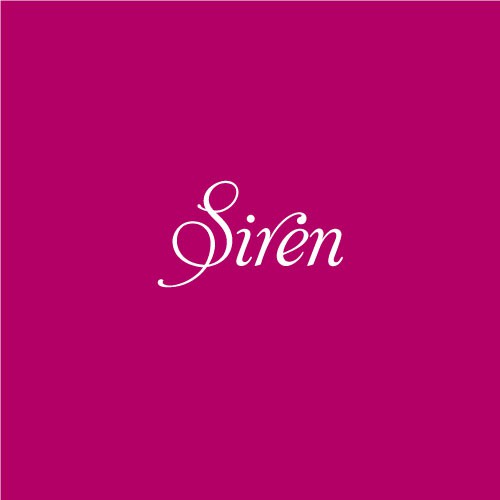 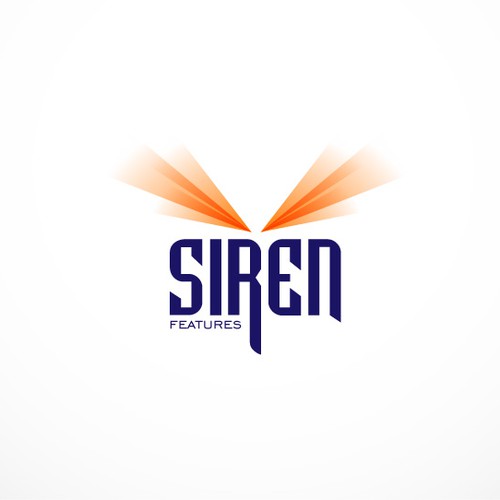 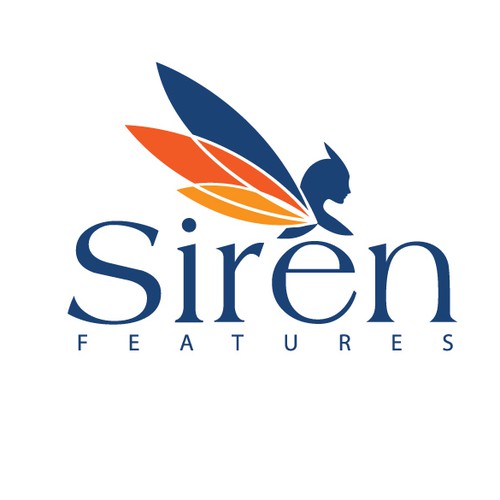 We're an entertainment development & production company looking for a funky, modern, minimalist logo for Siren Features, LLC. The logo can just use the word "Siren". The term is described here, on wikipedia: http://en.wikipedia.org/wiki/Siren. We're looking for something clean and simple, not too ornate. We'll need to use it on a website, business cards, letterhead, etc.

We would like something minimalist - so in that sense modern - but since the term (http://en.wikipedia.org/wiki/Siren) has classic origins, some classic touches would be nice.  I'll leave it up to the designers - I don't want to stifle anyone's creativity.  We think it's a fun, beautiful name, and the logo should be in keeping with that sense of it.

Wikipedia description (but I'd recommend visiting the page - pretty interesting):

Sailors who sailed near were compelled by the Sirens' enchanting music and voices to shipwreck on the rocky coast.

The sirens of Greek mythology are sometimes portrayed in later folklore as mermaid-like; in fact, some languages use the same word for both bird and fish creatures, such as the Maltese word 'sirena'.

The term "siren song" refers to an appeal that is hard to resist but that, if heeded, will lead to a bad result.

- Siren should be written somewhere, but nothing is etched in stone.  I'm just looking for something inspiring.
- It should condense well - so it looks good on a business card (that's next).
Updated: I like some of the one's I've rated - 2 in particular. What might be interesting is something kind of like a cross between the starbucks woman and Munch's scream (http://www.oxideradio.co.uk/shows/c…ian_music/)

- A logo too ornate.

Logo Design For Influencer Monetization App
US$ 299
Stacks is a mobile app for social media "influencers" and account owners to connect with advertisers and promote campaig
111
entries
39
designers
Help create a logo for the fastest growing Asphalt company in the USA
USD 299
We do paving, sealcoating, crack seal, striping, and patch work
113
entries
30
diseñadores
Invision Design & Build
AUD 399
Residential and Commercial Building company. Not top end or budget but somewhere in the middle that is clean, classy and
214
entries
59
diseñadores
Create Professional Company Logo
GBP 239
Business Direct provide websites for companies throughout the UK.
63
entries
35
diseñadores
Be Creative For Curious Bee!
399 AUD
Curious Beee is a stylist company, which provides services to people who would like us to decore their home and offices.
115
entries
53
diseñadores
Messenger chatbot agency needs a fun, innovative logo
299 $US
We are a messenger chatbot marketing agency selling bots to businesses, as well as white labeling services for other mar
70
entries
18
designer graphistes

Comienza ahora
2 Day Logo Design Challenge
299 $US
We are a freight forwarding company that helps manufacturers find carriers to ship there products.
65
entries
24
designer graphistes
Recording studio needs a powerful new logo
US$ 299
It’s a recording studio that focuses on Mix & Mastering Rosebank Sound A Mix & Mastering House
24
entries
16
designers
Miami church needs a great attractive logo!
299 USD
A new church in Miami, Florida looking to reach all people groups.
192
entries
48
designer
Design an eye catching logo for LEC ( Learning Enhancement Center)
299 USD
Tutoring Company ages 4 thru adults Also a logo that matches the colors on my website www.learningtyler.com I would lik
52
entries
21
designer
Logo for business site
€269
This site is for a group of companies that we are creating. Global Digital Services Group The logo needs to replace th
101
entries
33
デザイナー数
Seeking an abstract nature logo for a sex therapy private practice
US$ 299
I am starting a therapy private practice. The target audience will be individuals and couples in their 20s, 30s, and 40s
104
entries
42
designers