A symbol for older men who will never give up! 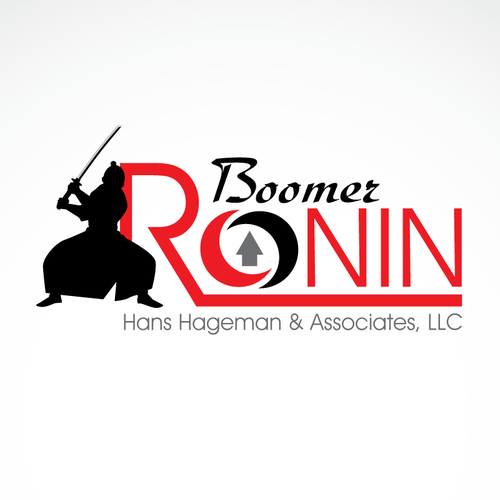 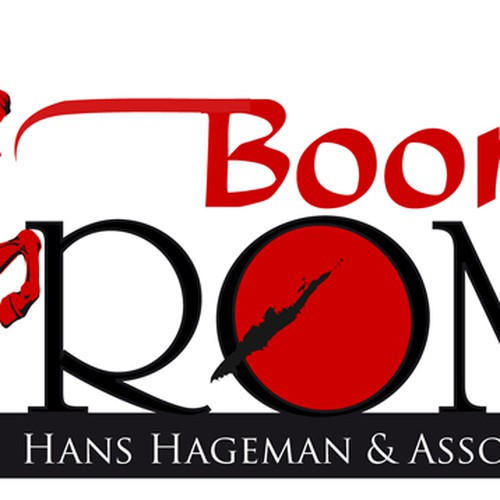 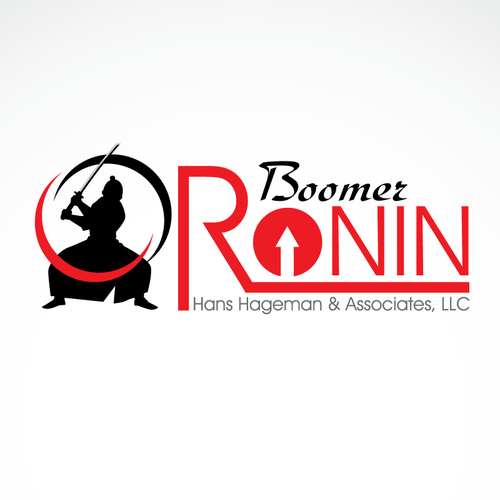 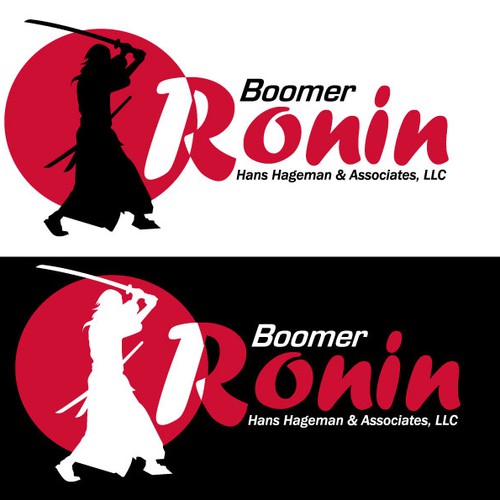 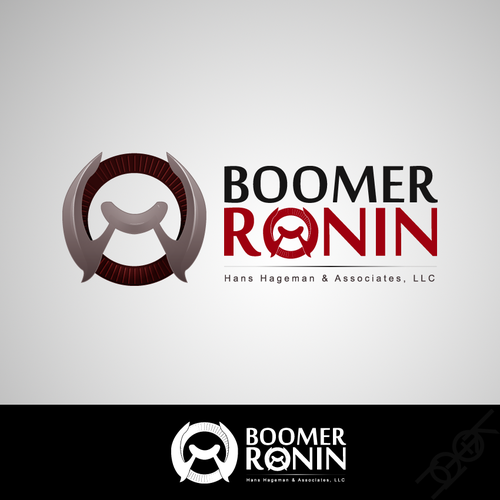 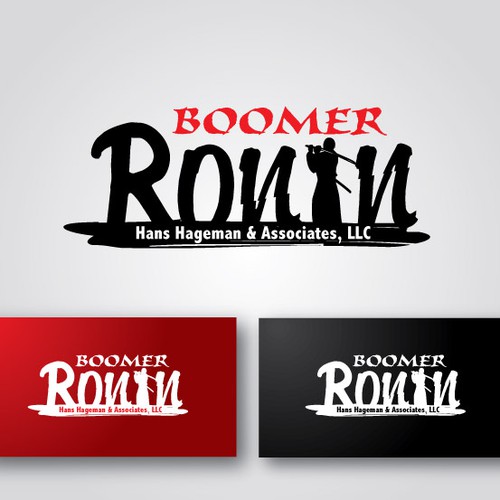 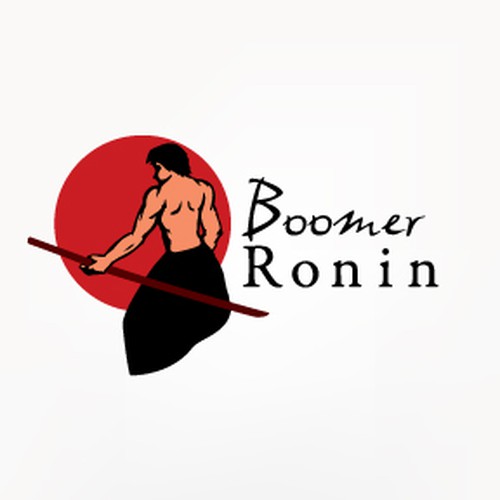 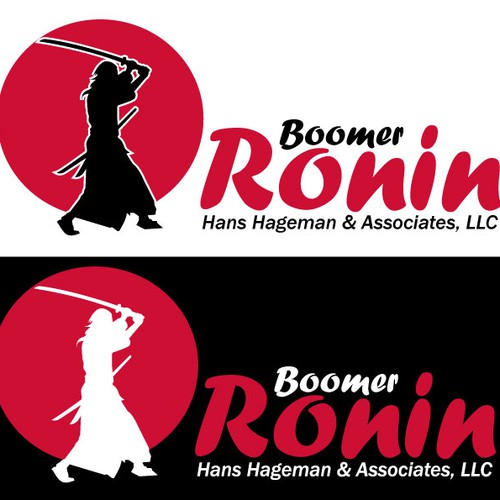 The brand is called "Boomer Ronin" and is part of "Hans Hageman & Associates, LLC". More can be found at http://hanshageman.com

I am a soon to be 52 year-old who quit my six-figure job at a youth development agency because of a difference in strategic direction and moral development between me and my board of directors. I do work for the Baltimore Police Department in the areas of interview and interrogation, community relations, and youth mentoring.
I am a father, a combat athlete, an outdoorsman, very physically fit, the founder of three schools (two in Harlem and one in India) for underserved children.

I am Ivy League educated and have won awards from Essence Magazine, The Robin Hood Foundation, the Boys Scouts of America, and others for my work with young people. I have received media coverage from The New York Times, The Christian Science Monitor, The New York Daily News, NBC NIghtly News, et al.

I have traveled extensively on volunteer work projects to India, Africa, and Nicaragua. Hans Hageman & Associates, through its brand, "Boomer Ronin" will develop a community of like-minded men between the ages of 45-65. Men who are decent and strong and want to make a difference in the country and the world.

The target audience is individual male Baby Boomers (roughly between the ages of 45-65). They want to have a strong "final act" and many have given up the corporate life to find more meaning. They embrace their masculinity and continue to seek change in the world. Some are hunters, some are soldiers, some are nurses, some are entrepreneurs, some are survivalists, some are youth workers. They are active, fighting against the aging process (but with dignity), they are skilled in all types of survival situations (or want to be).

The image of the "Boomer Ronin" has to come through. A man who is roughly 45-65 years old (Baby Boomers) and embraces the spirit of the "Ronin"- Samurai warriors who no longer have a master. They are outside society (corporate life) but still have a code of honor that they live by. As in the movie, "Seven Samurai" they will fight in defense of the poor and defenseless. My Boomer Ronin have left or exist outside the world of Wall Street and corporate America to be of service to the community, as broadly defined. They serve with whatever "weapons" are at hand. Strength, moral and physical, are qualities I would like to come through in the logo design.

I have no restrictions on colors. Symbols, drawings, cartoons, can all be ok. I can envision something, serious, funny, or casual. The logo will be used for clothing, stationary, website, business cards, and various promotional materials.

Design a logo for a vintage automotive brand
US$ 499
Our brand is focused on providing content to the vintage (1963-1989) Porsche 911 community.
24
entries
11
designers
Clean and happy logo for Online Sustainability Courses
US$ 899
IMPORTANT: Earth Ayuda means EARTH HELP, this logo must express EARTH HELP visually - please do not submit generic temp
246
entries
64
designers
Logo for Government Worker Advocacy Group
MX$5,699
Non-profit advocacy organization for government workers
185
entries
49
デザイナー数
Design a cool, sassy logo for author and speaker
US$399
Target audience is organizations/HR professionals within organizations/professionals who seek coaching/training director
293
entries
49
diseñadores
Logo for innovative new cleaning start-up
AUD 399
Bio Blitz is an innovative new cleaning start-up. It uses high powered "Fogging Machines" - the ones you have seen on th
38
entries
17
diseñadores
Name Design Contest!
299 USD
I am a country music artist and I would like to have a logo design for my name "John Green" in some shade of the color g
74
entries
24
designer

Comienza ahora
Help brand a last-mile industrial park in the Baltimore suburbs!
US$ 299
We are purchasing a 3-building flex industrial park located at 8909, 8919-8925 McGaw Court in Columbia, Maryland. We ar
209
entries
67
designers
Wordmark mature, modern logo that says we can ramp production of COVID-19 items like ventilators and masks
$ 299
We are an engineering company with tons of medical device manufacturing experience. We are refocusing our entire staff
341
entries
78
Designer
Come Get This Money!
499 USD
Leadership/ business coaching to executives and corporations.
156
entries
34
designer
Cool, modern logo for a Kentucky horse breeding operation and farm
299 US$
We are a Kentucky horse breeder and farm
76
entries
32
designers
Diversity and Inclusion consultant to big business needing new logo
399 GBP
Consultancy support for leaders who want to make their businesses more diverse and inclusive - particularly when they ar
38
entries
14
diseñadores
Volunteer Surge-Inspire 1,000,000 COVID 19 Volunteer Heath Workers
US$ 299
We are a non profit effort to train and deploy 1,000,000 volunteer health care workers to help in the COVID 19 crisis.
99
entries
51
designers