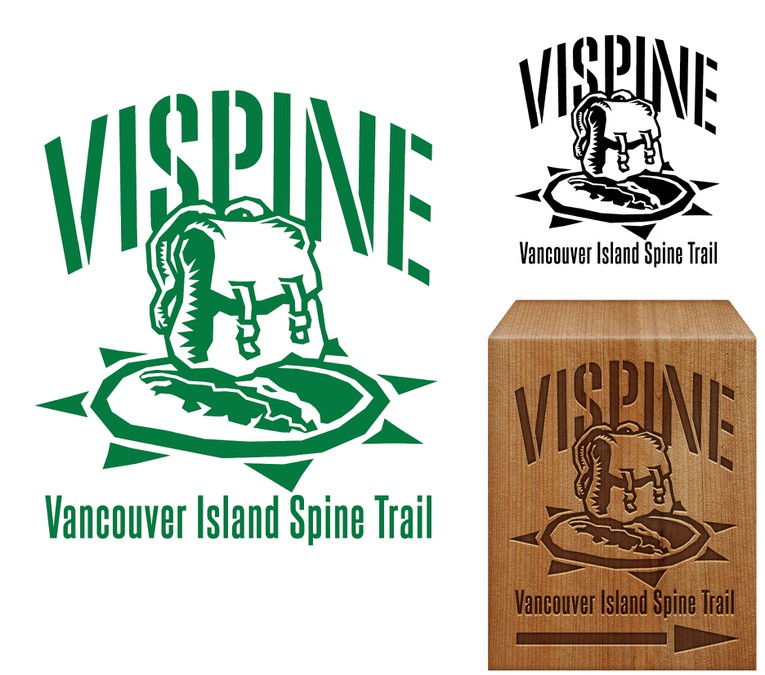 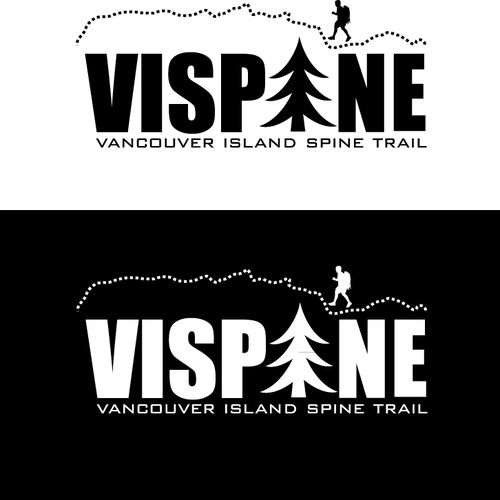 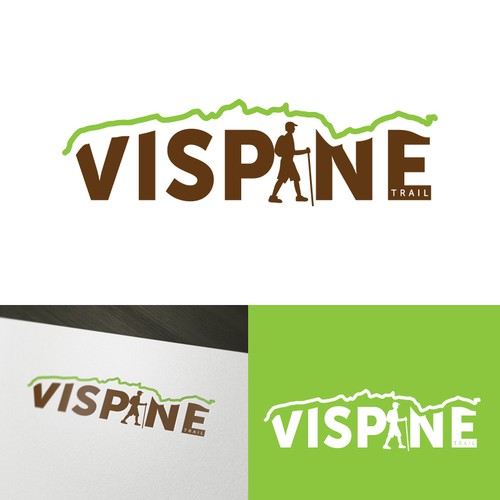 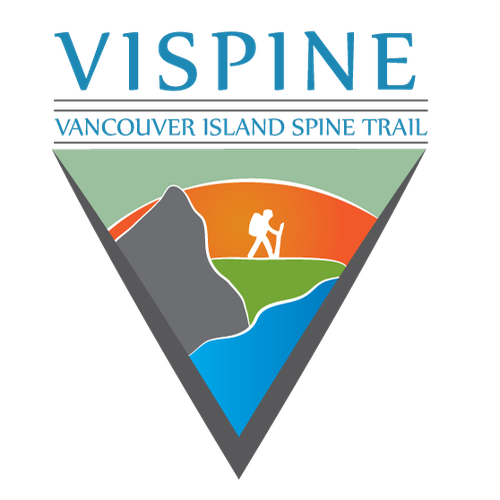 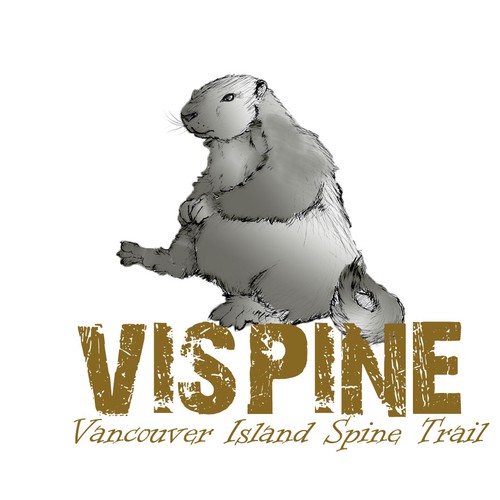 Update 1 Oct 2012: Could we see the designs 'wrapped' in an envelope, like the Pacific Crest Trail "triangle crest"? Please incorporate "Vancouver Island Spine Trail" as text. Triangle outer shape is ok, but square would be nice, and might work better with shape of logos? Also, outer shape could be dashed line (like trail on maps...Full brief:
The Vancouver Island Spine Trail Association (VISTA) is a non-profit dedicated to developing a non-motorized trail system on Vancouver Island. We advocate and plan for new trails, and work with volunteers and local government to grow the trail system. Our goal: to build a world-class 700km long multi-day hiking trail stretching from Victoria (south) to Cape Scott (north).

Our target audience: is (1) the general public, (2) government officials, (3) private land-owners, whose land we may want/need to traverse!

1. We have been using a boot-print as a logo (see "andrew_vista_bootprint_logo.jpg") and some of our Board are not convinced that it gives the right message. "Take only photographs; Leave only footprints" is fine, but lets emphasize footprints, not boots... Other Board members are very experienced alpinists/mountaineers and so good footwear is a no-brainer to them. We're divided on the bootprint...

2. Vancouver Island has a distinctive shape (see "sept30kml_on_gmap.jpg"), and our proposed Trail runs down the center. See for example the map on: http://www.vispine.ca/article/vi-sp . Some of our Board have suggested we try to incorporate a rough outline of the Island in the logo. Dashed line/trail down the middle?

3. As we build segments of the Trail, the Spine Trail is changing away from a focus only on the "center" of the Island, so a focus on "spines" and "backbones" is not exactly us. There will eventually be several routes and many spurs and side-trails. That said, if you have a cool spiny idea, we'ld love to see it.

5. You asked where the Logo will be used. Stationary, for sure. ...But we would also like to use the Logo on trail markers. Another long disctance hiking trail is the Pacific Crest Trail. See examples of their logo in action: PCT_on_tree_flickr.jpg

6. We would love at least one design sample to include an animal...

Marmot. More info and cuddly photos: http://marmots.org/about-marmots/cu The Marmot is a bit of a loaded meme: forest companies (some private, whose lands we will need) have logged parts of VI Marmot habitat and endangered them. Also, pushing more hikers into their habitat will not help?

Wandering Garter Snake. Snakes are long and sinuous, like our Trail. They are also beautiful. Here's one common to VI: http://www.askbud.ca/western_terres

7. Lastly, we are mindful that this is land that is on the traditional territories of several indigenous groups. Historically, trails were used for commerce and trade, especially for trade in Grease (Eulachon fish oil). Grease was kept in containers made from kelp or cedar boxes. The use of a box or feather motif, abstracted to look like the Island shape, comes to mind.

Sports community needs exciting logo
$299
We are a sports association for boys and girls, age ranges from 5-15. Our mascot is a gator. Logo will be on all jerseys
75
entries
20
designers
Get Wild and Free while creating a Logo for our Not For Profit Organization - WILD AND FREE
US$ 299
We are a not for profit organization which caters to a young demographic through free trade, toys, and sick children. Ho
92
entries
20
designers
Do it for the kids :) Kids LEGO Non Profit Looking for Eye Catching Design
299 $US
This is a non profit started by my 7 year old son. We provide free lego sets and workshops to kids in the community and
100
entries
32
designer graphistes
Need an original, powerful design for firefighters for our health initiative
US$299
Our organization is a non-profit comprised of firefighters that promote health and wellness within our industry. Our ta
22
entries
7
designers
Design a fun logo for "Auesome" (Autism Community + Awesome)
$299
Autism community + Awesome = Auesome It's a symbol for Autism awareness, and an up lifting icon. Make it fun and blue
60
entries
19
designers
Refresh My Logo!
SGD 419
I need to create a "refreshed" high resolution version of an old logo we have for a residents' committee/ neighbourhood
29
entries
14
Designer

Comienza ahora
Think rural, workforce, vintage, steampunk swirled into one happy community!
US$299
workforce and rural responsible living - a community where cleanliness and social awareness are rewarded
48
entries
13
designers
Logo needed for Nonprofit
299 $US
We are a non-profit organization that promotes financial justice through technology, worldwide. Our initial and primary
126
entries
41
designer graphistes
Help Joyful Rhythmic Connections bring more music to more people!
299 $US
Drum Circle Facilitation and private/contractual Music Therapy Services. I am a Master's Level Board Certified Music The
107
entries
8
designer graphistes
Design an inspiring logo for a pediatric health nonprofit
US$ 499
Our mission is to help underprivileged pediatric patients with chronic diseases by providing access to the medications t
92
entries
27
designers
Global non-profit startup needs a clean, strong brand
US$ 799
A network of churches partnered together to impact the world. Fast paced, motivated leaders Valuing clean clear compe
45
entries
28
diseñadores
Design a logo for a charity focused on education
£229
The Taara Foundatoin is a charity which is focussed on providing education facilities and support for schools for underp
26
entries
12
designers