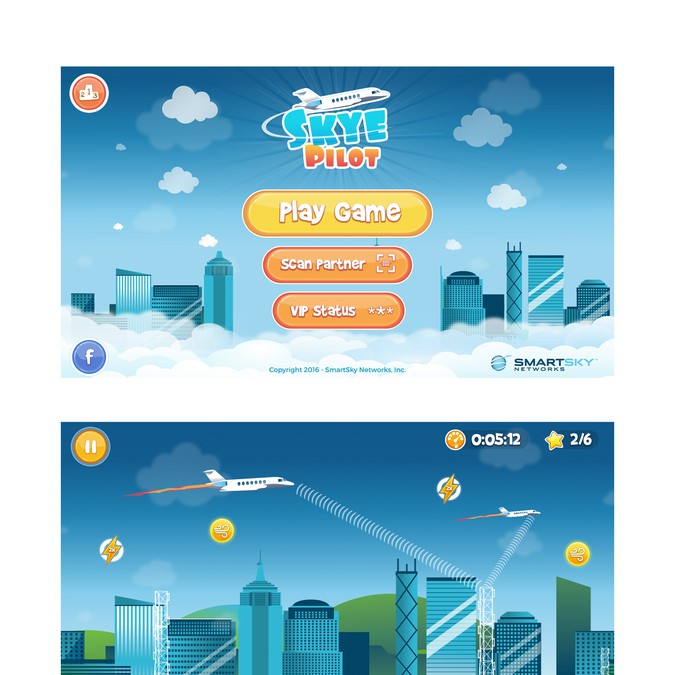 Skye Pilot Game Screens - Fun projector for the gamer in you! 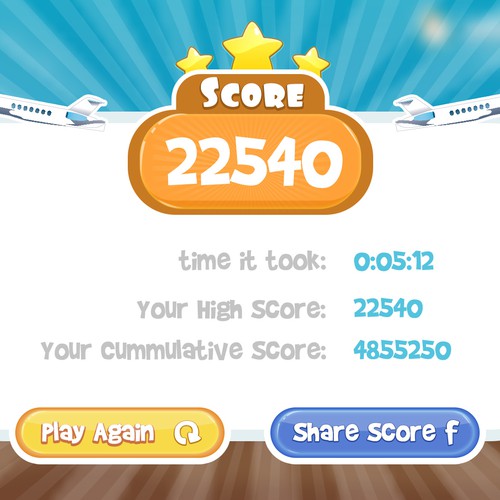 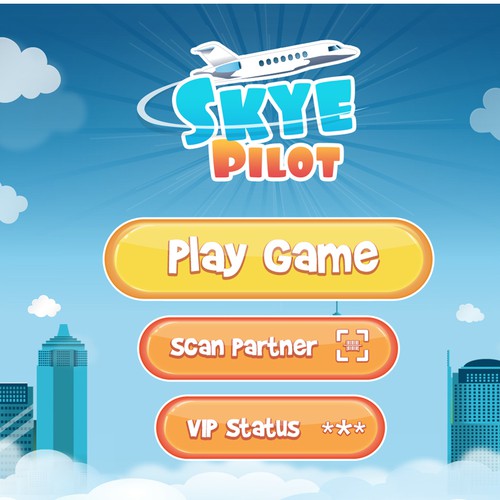 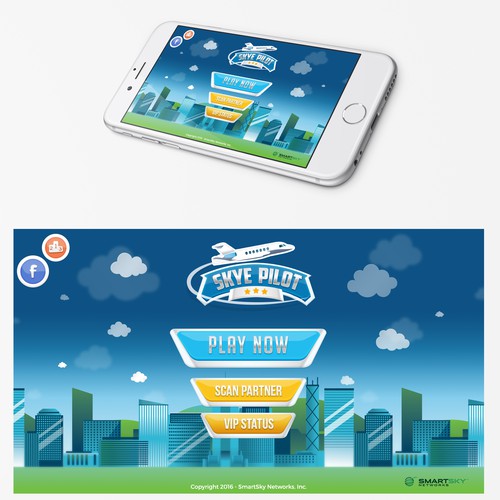 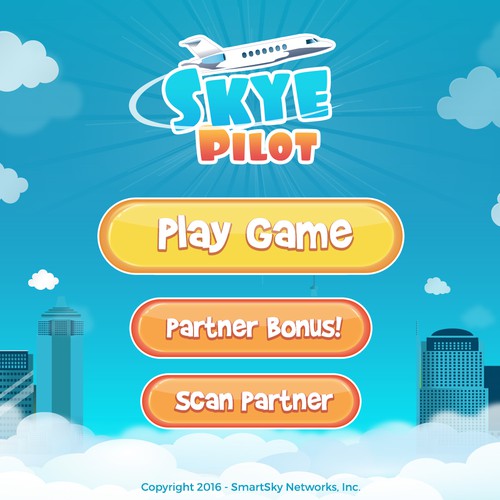 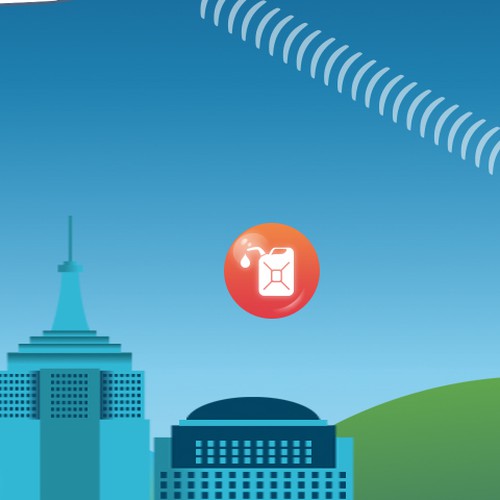 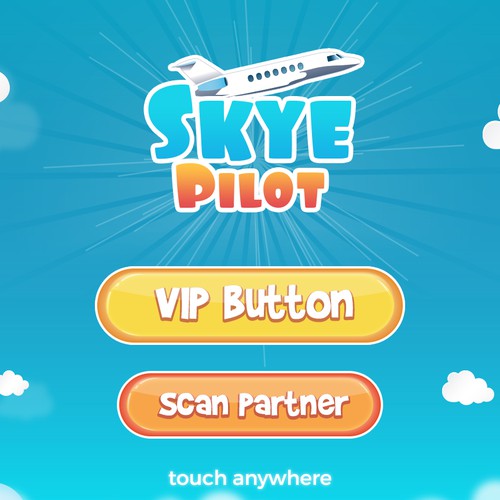 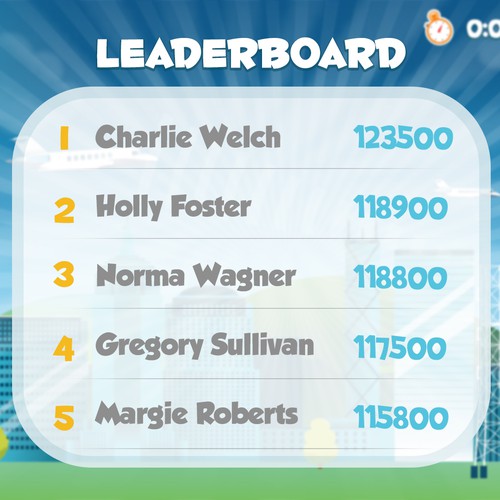 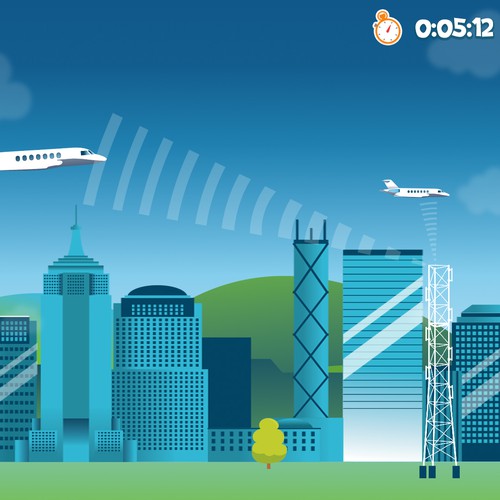 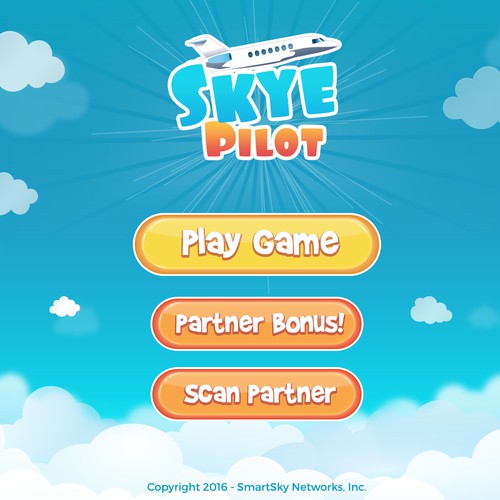 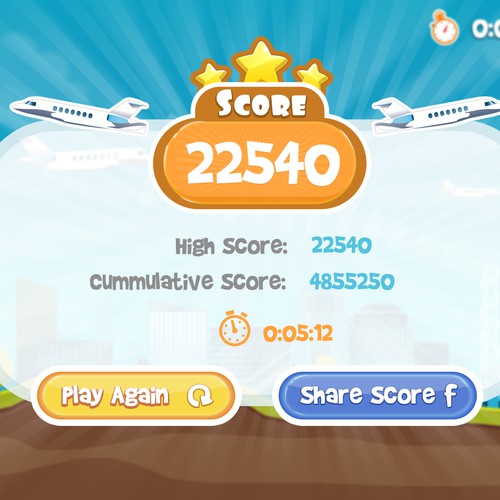 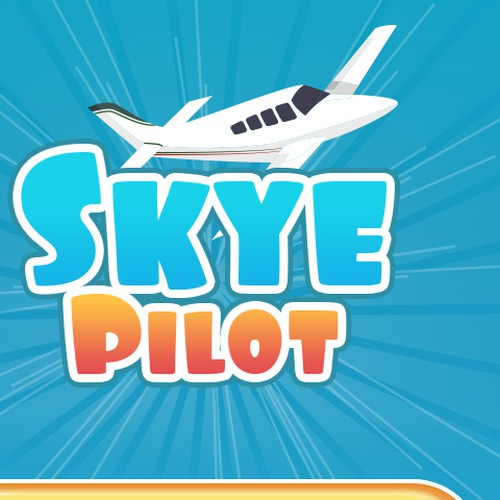 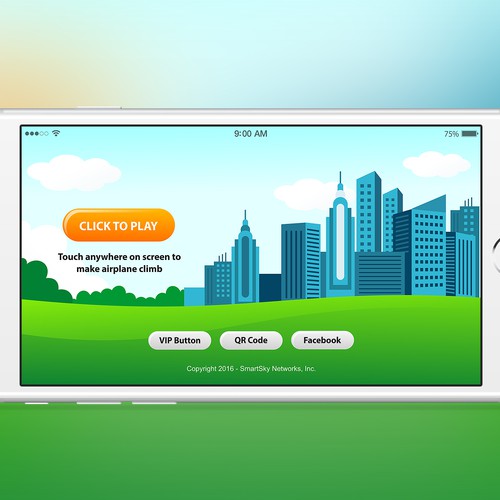 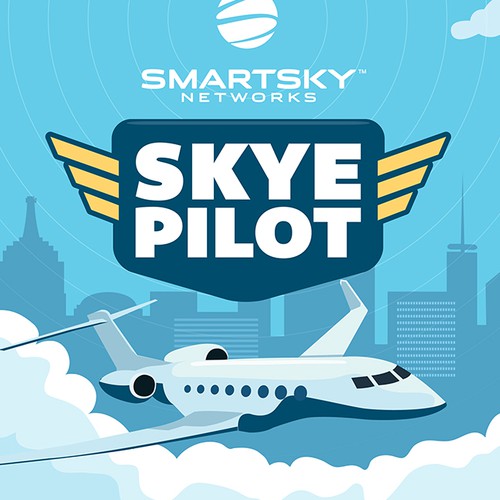 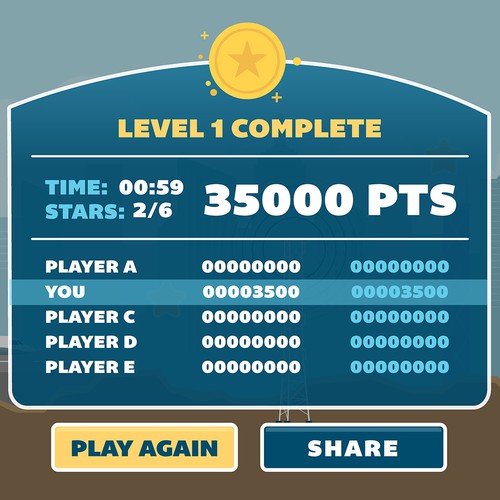 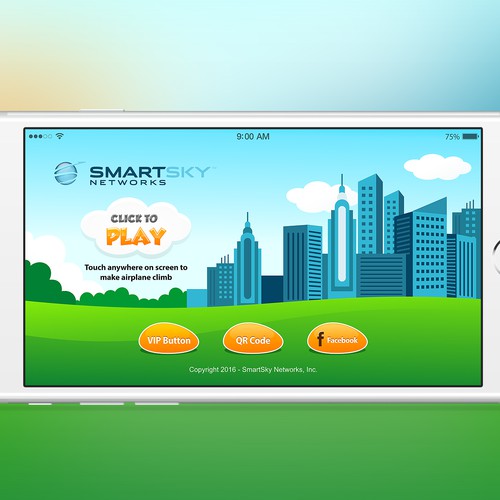 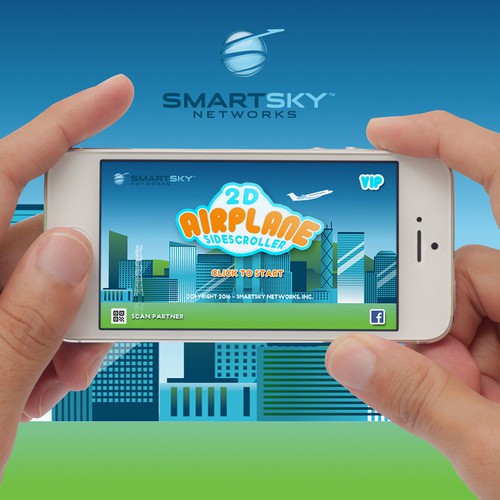 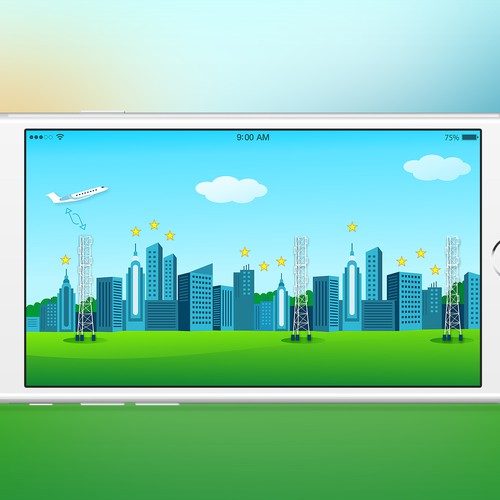 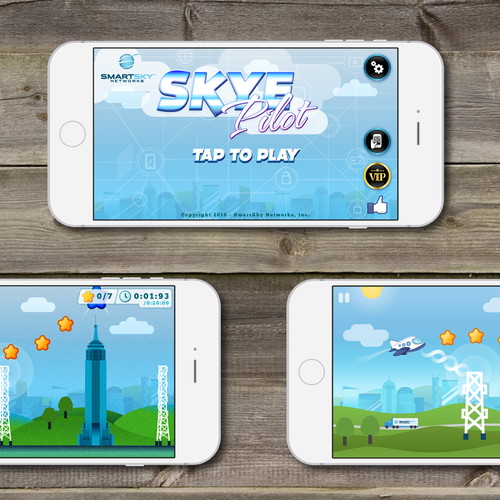 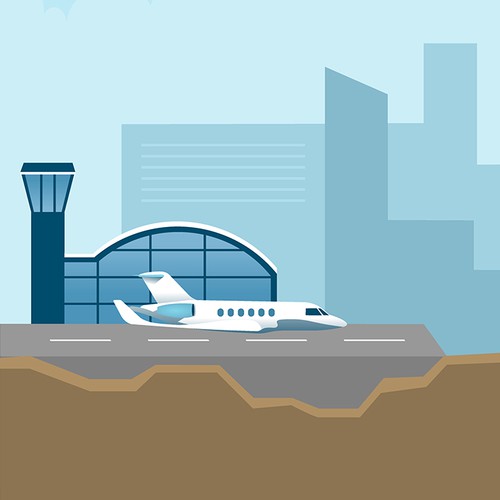 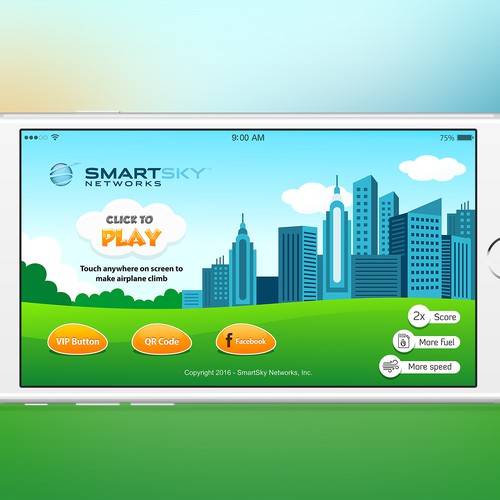 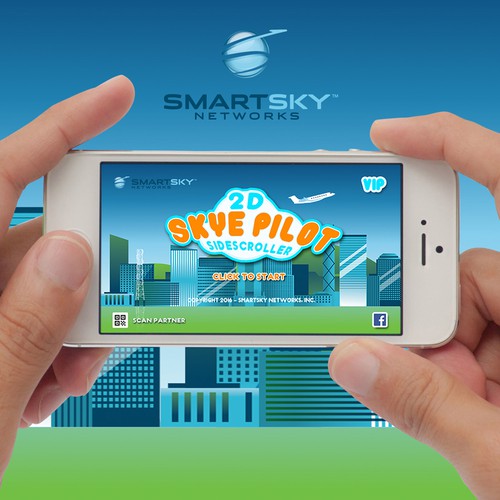 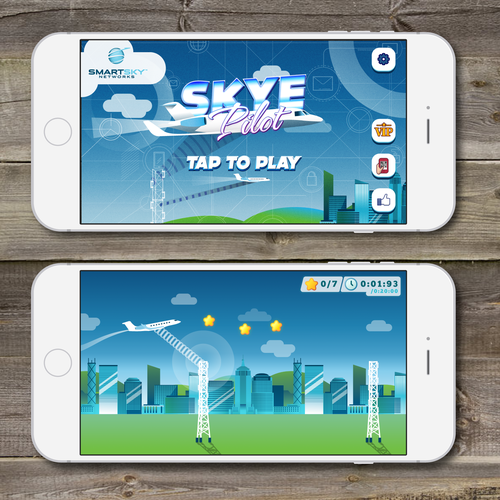 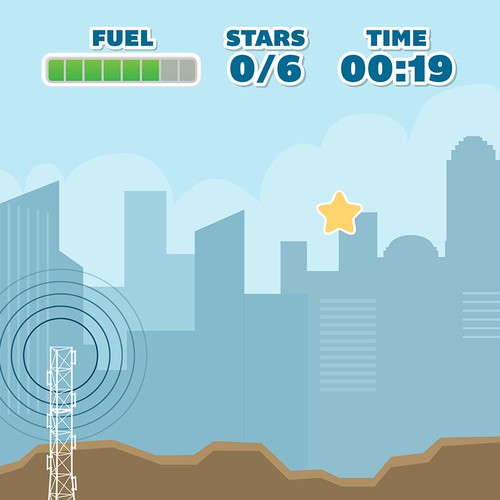 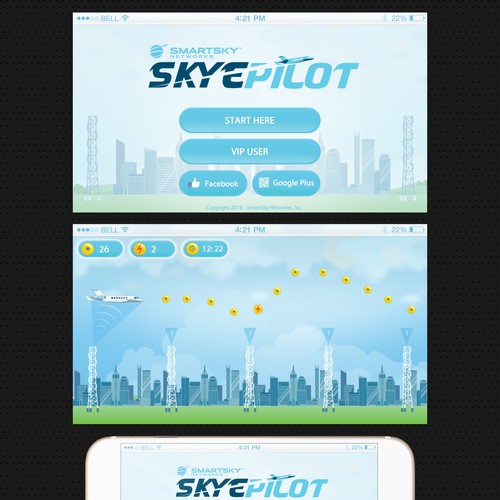 We are developing a promotional game for an upcoming trade show focusing on business aviation (charter jets, etc.). The show is NBAA. Our app is simple game play where you attempt to fly as far as you can, while maintaining as much close proximity to "data towers" (client makes them) as you can. You will get power ups (fuel) and avoid obstacles as well as get bonus points for staying close to towers. The game ends when you plane runs out of fuel.

We will accumulate points and give away a certain amount of $ based on the total accumalated points for all players.

NOTE: The URL listed below if for our CLIENT, not us (we're nuMediaInnovations.com that's holding the contest). I just wanted you to see the company branding and image for reference.

IMPORTANT: I will maintain a repository of assets you may pull from and more description than can fit here, so it is imperative that you go to this link regularly and utilize the assets there. Thanks!! Here's the link: https://vyify.box.com/s/4b8mv0xs7vo…dvbg8cqrm3

SCREEN 1) Splash Screen: This is opening screen, I have put an OLD JPG called SCREEN_01_Splash.png in that reference folder. It should have:
a) Title of Game (Skye Pilot);
b) SmartSky Networks Logo (style guide is on reference link as well under /StyleGuide)
c) Basic instructions (Click to Start, touch anywhere on screen to make airplane climb)
d) Need to show a "VIP Button" on it . . . ultimately clicking on VIP button will bring up a dialog box where user can put in code and get bonus points.
e) Need to show a "QRCode" button (called Scan Partner) : This will be used to scan a QRCode in a client's partner's booth and get bonus points.
d) Background - maybe utilize asset from /PSD/smart_sky_1_CMYK.psd
e) Copyright 2016 - SmartSky Networks, Inc.
*Any other incidentals you think will look cool
f) Facebook Like button

SCREEN 2) In Game: This is the major game play screen. There is an OLD JPG for reference called SCREEN_02_InGame.jpg. It should have:
a) Scrolling background - We have already worked with client on this, so please use as-is (or very close to: Cityscape_Background_TILED_3X.jpg (also in that reference folder)
b) Statistics on game including score, # stars (power ups), time
c) Sequence (short 4 or 5 frames) of showing the landing gear coming off plane. We have also supplied you plane - - see reference directory called Jet_02.png or Jet_01.png
d) Cell towers (will be randomly placed but spaced apart) - have supplied for you, called Signaltower.png
e) "Data lines" connecting top of tower to airplane as it flies by. This will be a bi-directional data link put is "directional" so please no "wifi broadcast" type icons. It's needs to be point-to-point, but could use segmentation, etc. over 3 to 5 frames to show data going to and from aircraft.

SCREEN 4) Leaderboard: Shows a list of top seven to ten (flexible) scores on a leaderboard with a button to return to main menu (Let's label is "Play Again!"

SCREEN 5) General PopUp Dialog box. We will utilize this to popup variable screens for entering "VIP Code", Login / PW for FaceBook, Messages that will overlay screen etc. Please try and create a dialog window that will look good as an overlay to the other screens (Splash, InGame and Leaderboard, etc.) as it will be utilized at various times.