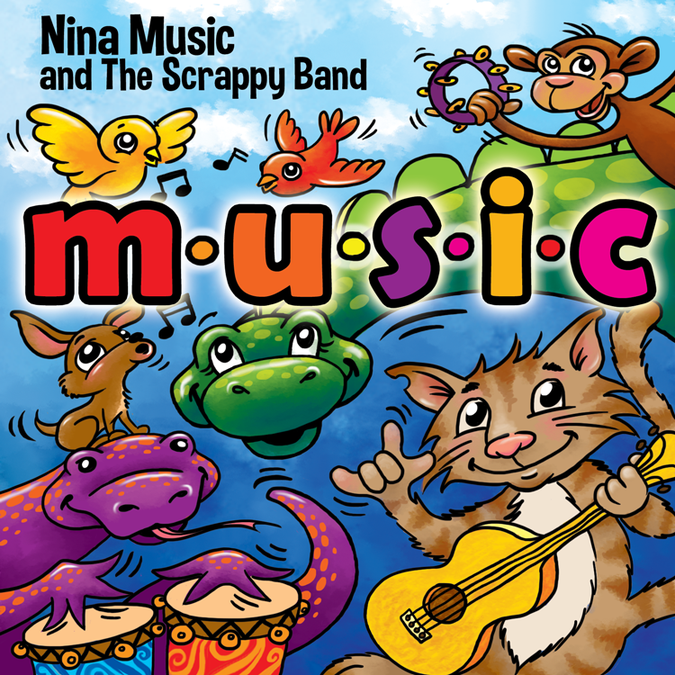 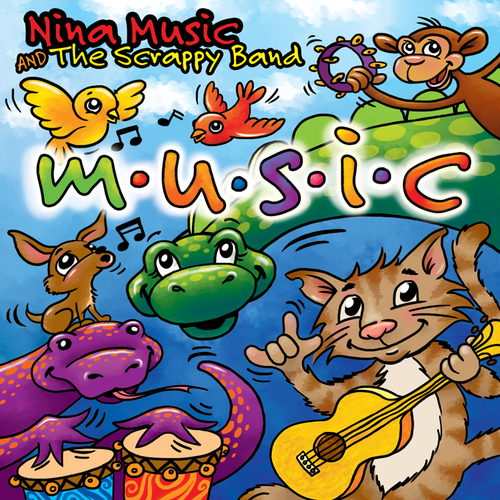 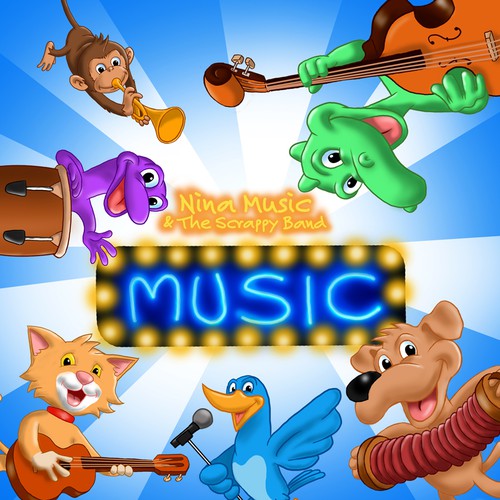 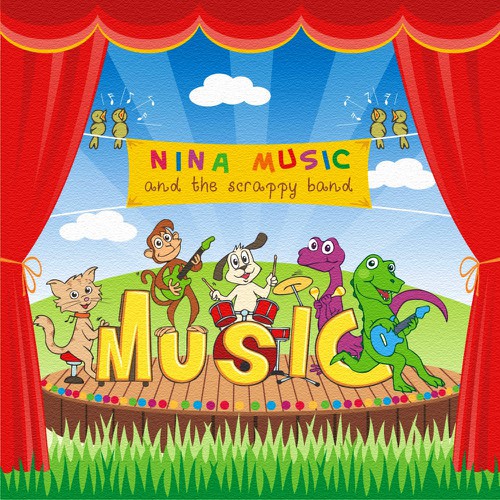 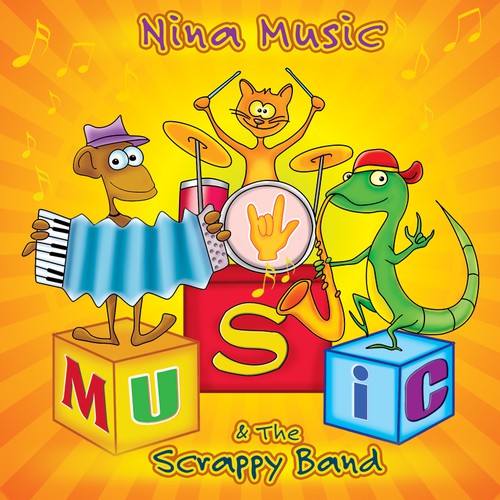 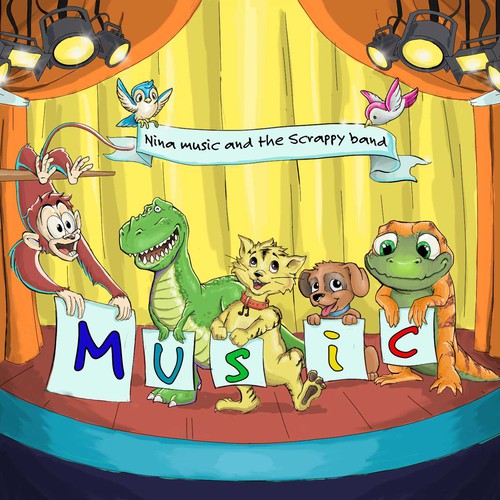 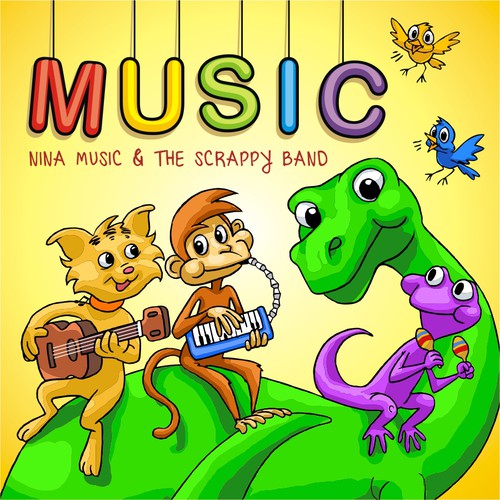 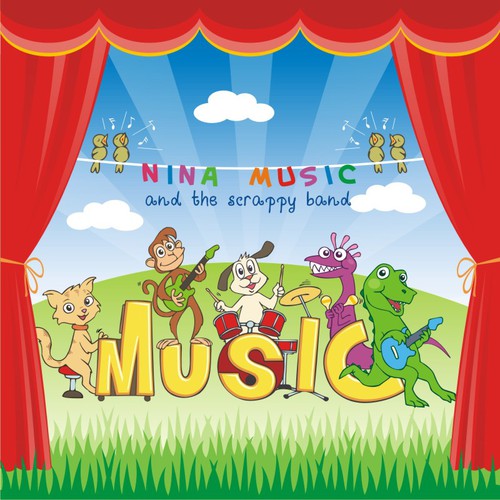 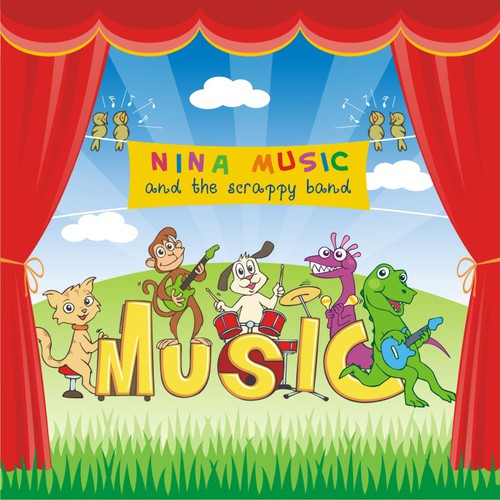 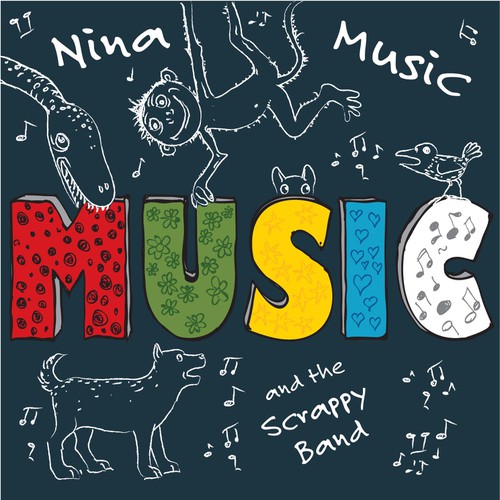 I am looking for a designer to create original artwork/characters for my new CD cover. Please note, that the design will have to be fitted to standard CD package dimensions with room for cut and bleed.

The CD is aimed at pre-school aged kids (2-6 years old), so I do want a Disney-esque feel. (Something that's really cute, but appealing to both boys and girls).

The name of the CD is "M-U-S-I-C" (each letter sounded out) and I have 2 separate ideas that I a would like to explore:

Second Idea: – the second idea is the animals holding up little placards with the letters “M-U-S-I-C”…placards should be “chest level” and can be tilted slightly from each other…not all in alignment (stylize them)

Feel free to choose whichever idea you would like to take on.

Here are some of the animals that are mentioned in this cd:
1. Monkeys
2. Dinosaurs
3. Cat (Scrappy cat) – should be the same Scrappy Cat as the one on cover of the “Shake, Shake, Shake” (see attachment)
4. Dog
5. Song birds
6. Gila Monster (Lizard)

Whatever animal is holding the M or the C – I would like that animal to also be shown displaying the sign language “I Love You” sign on its hand, if possible.

On the first CD, “Shake, Shake, Shake” yellow was the prime color and that helped the CD to stand out a lot, so we definitely want something that "pops". Visit http://www.ninamusic.com and the “Shop” tab to see the current CD.

The font I use for my band name is Felt Tip Roman– and the design should include “Nina Music and the Scrappy Band” in the CD cover design (again, in Felt Tip Roman)