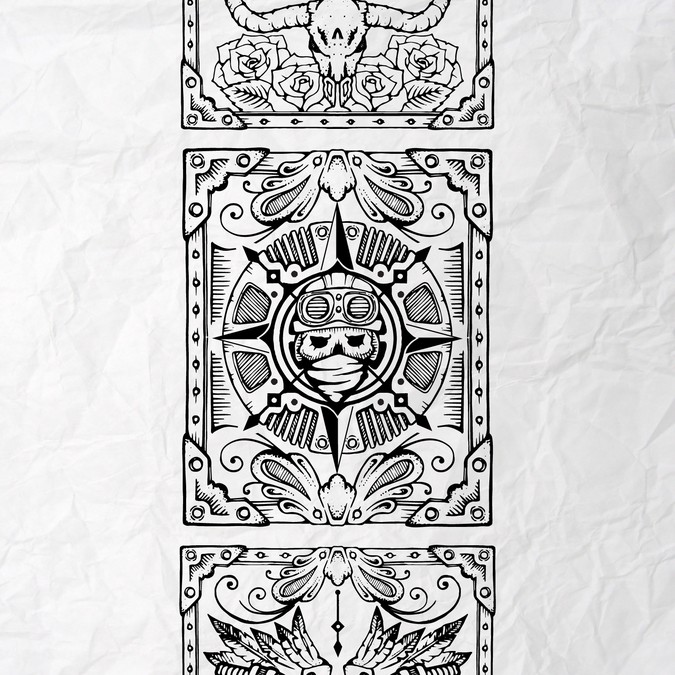 Design a badass laser engraving for a new puzzle box. 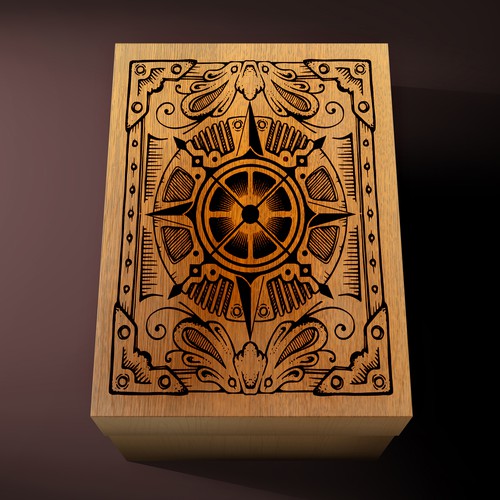 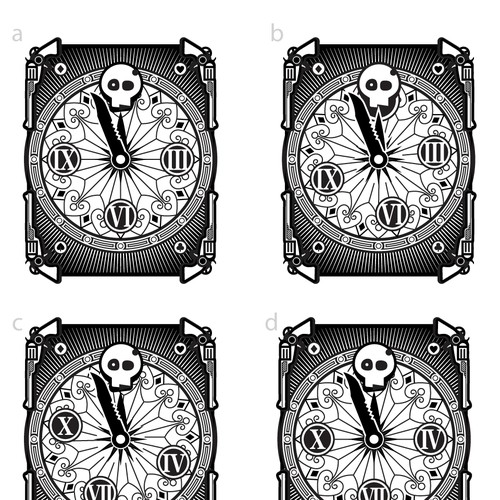 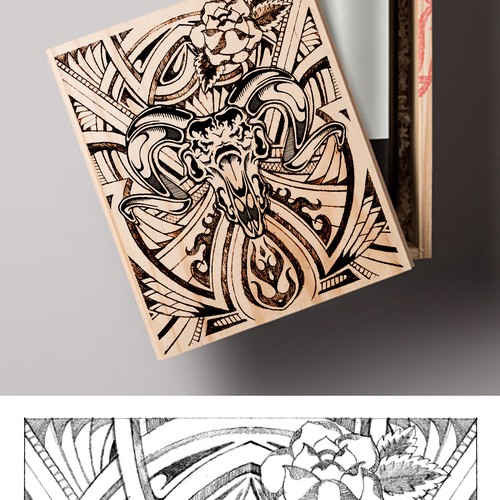 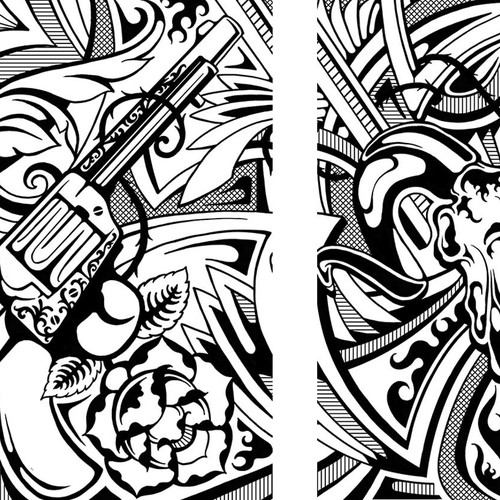 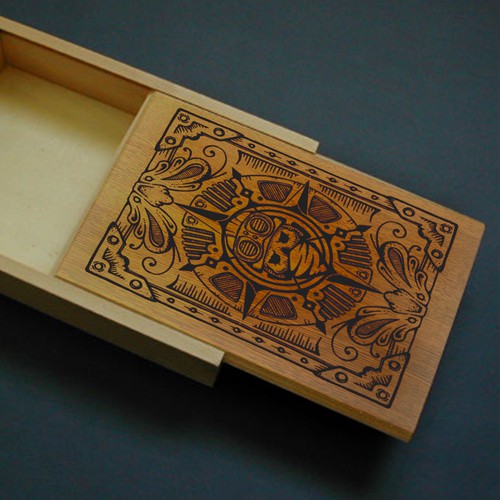 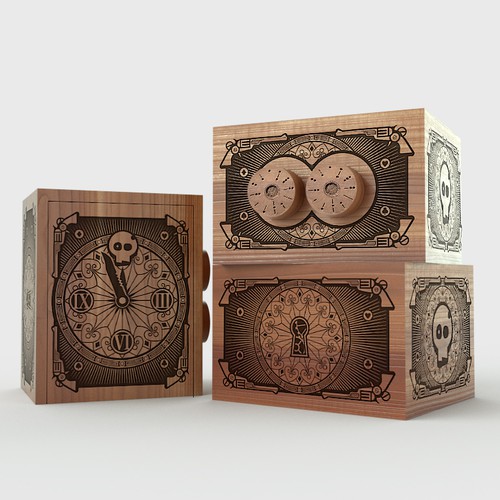 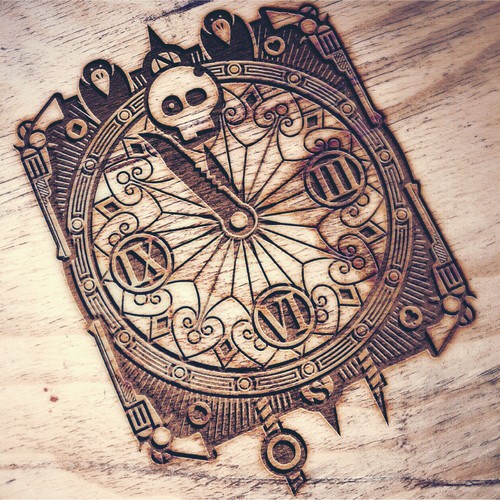 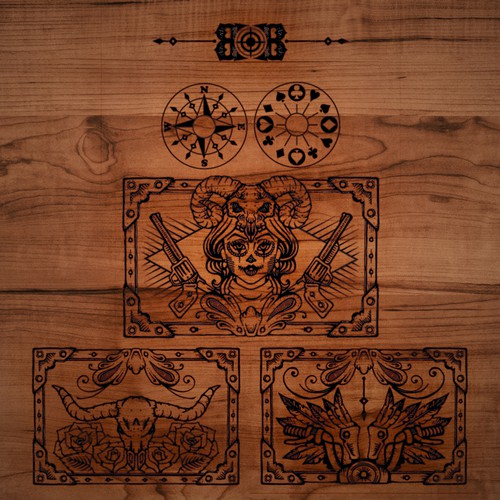 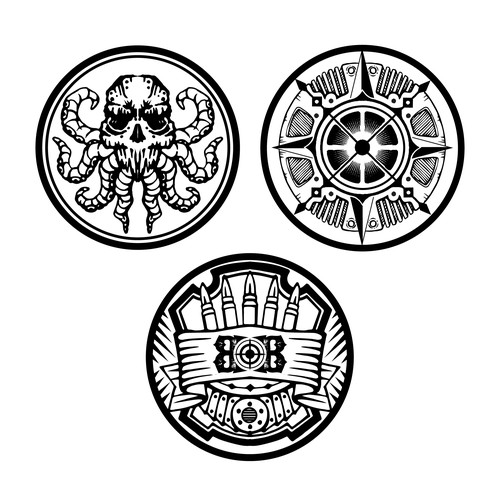 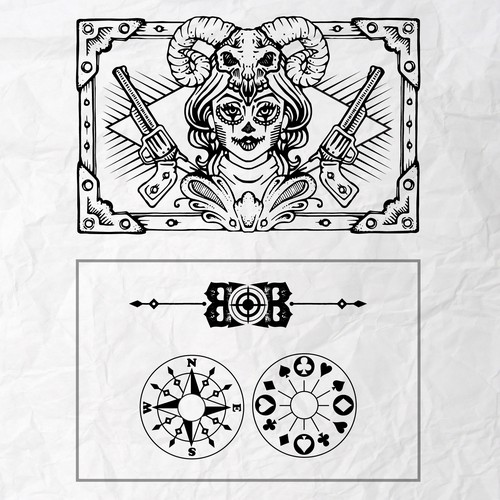 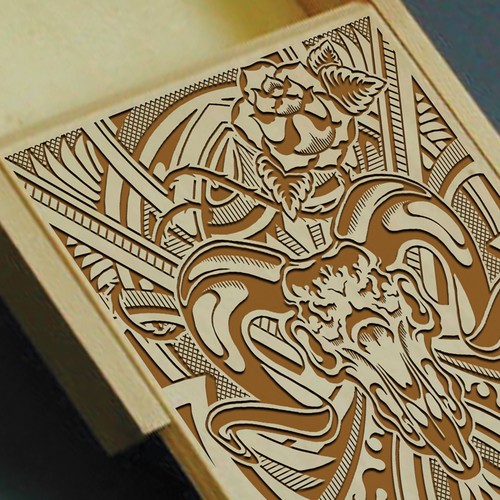 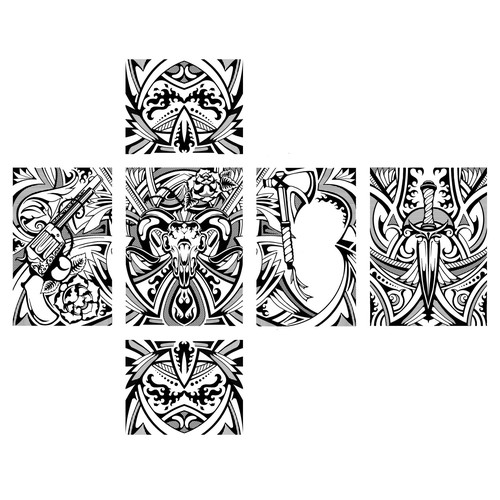 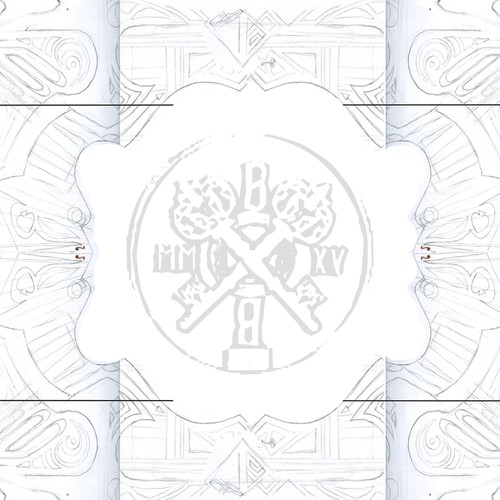 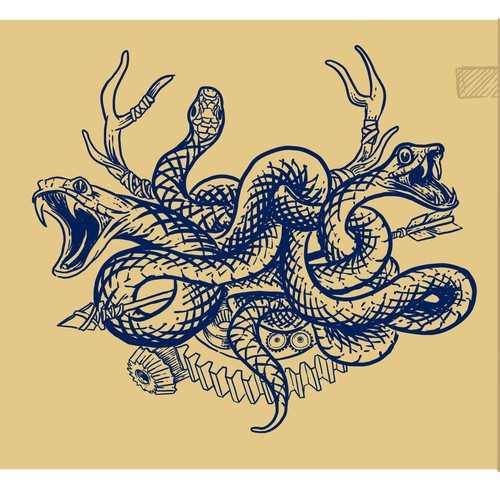 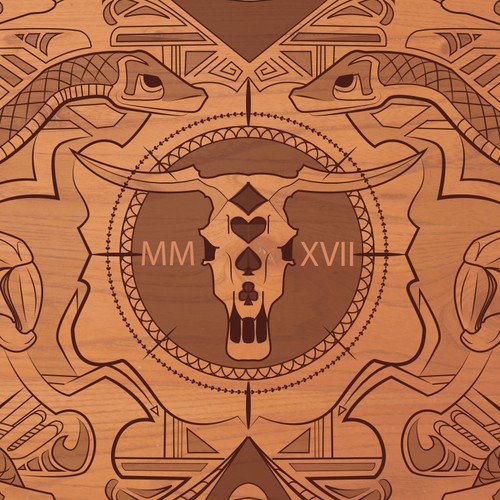 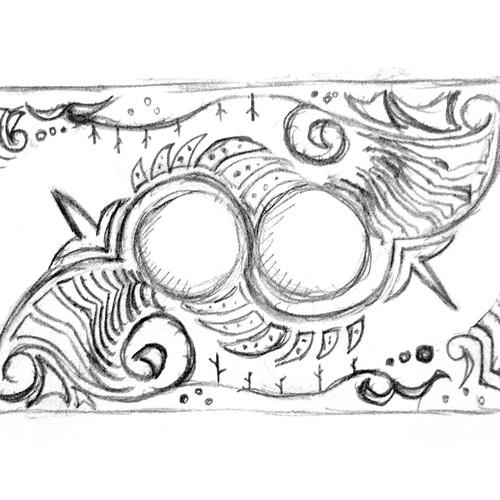 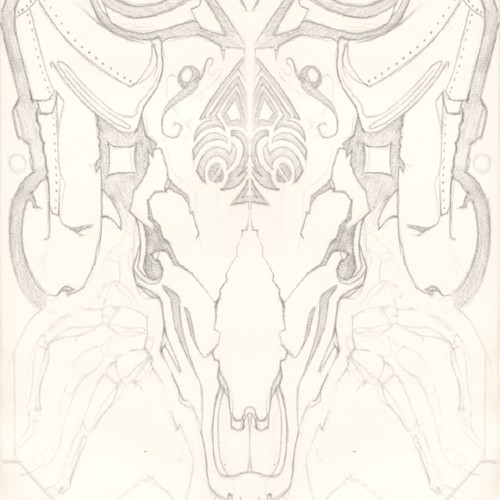 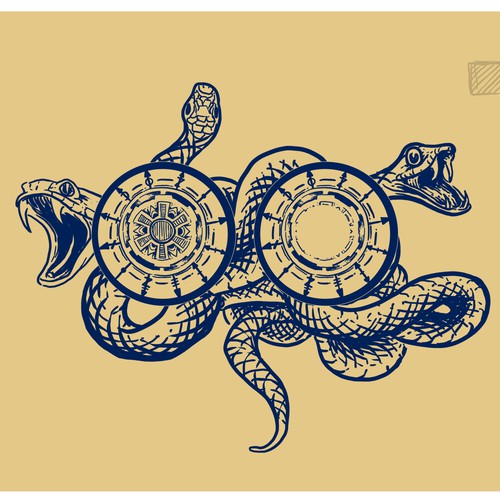 UPDATE: If you're seeing this less than 48 hours before the deadline to submit a design, we will accept partial submissions and sketches. We just need to get a good idea of some of the iconic aspects of your design so we can evaluate it sufficiently for this round.

The product is a puzzle box that will house two decks of cards and a challenge coin. The target audience would be fans of Brian Brushwood (host of Hacking The System, The Modern Rogue, and Scam School) and customers of scamstuff.com. These are primarily male between the ages of 15-40.

We're looking for an awesome design to use on a new wooden puzzle box. We've released puzzle boxes in the past which can be seen in the attached images. Some of those images say "artifact" while others say "relic." The new puzzle box should have a more polished look, more like the Artifact than the Relic.

You can see the new puzzle box with a sample engraving at: https://vzaar.com/videos/7481535

There is a bit of a creative challenge when it comes to the side panels. When you watch the video, you'll notice that some panels have areas that are unable to be laser etched. In the default state of the box, there are two dials on one of the sides; we are told there are some challenges to etching that side, but we know for sure that we don't just want a blank face so we'll need something on that side that doesn't necessarily need to be etched, or would possibly look good if an out-of-focus etch were placed on it. Alternately, we could look at a burn, or a brand, or a stamp, or some other way of applying design to the box. That's for you to decide.

Additionally, one of those dials on that side is removed in the process of solving the puzzle, and gets placed elsewhere on the edge of the box to activate a magnet. While in that position, it would be covering part of the edge on that side, but that side can be etched. This is just something to take into consideration—in addition to the margins on the sides of the box where panels meet. Remember that etching means we'll need a black and white file.

We're also offering a challenge coin with the set, so we'd like to see a proposed front and back to the challenge coin as part of this design project. Perhaps something that is easily adaptable from the symbols or icons used for the box.

The dimensions of the box are approximately: 5.25" x 4.25" x 3.4" and the radius of the dials, which would be engraved as well with whatever design you come up with, is just over 5/8" with a diameter of about 1.2 inches for each.

The design of the Outlaws brand of playing cards has incorporated ornate elements like gold foil with Western-ish symbolism like adventure and distressed crates (i.e., the Outlaws Relic). Think: "Wild West gentleman" with hints of an out-of-time references. Not quite steampunk, but a strange juxtaposition of time and place ... like a motorcycle gang out of time.

These are the kind of cards that might be found on a train to Westworld or, just as easily, in one of the gambling saloons of Deadwood—or maybe even in the lounge of an art deco hotel. The new version of Outlaws Playing Cards will feature a deck with a red back accented by white (see illustration). We are calling them Outlaws Crimson, and this is one of the decks that will be inside the new puzzle box. We'd like the design of the new box to fit with both the crate-like Outlaws Relic puzzle box that came before as well as the more ornate Arcana Artifact puzzle box that preceded it. Perhaps the puzzle box is a safe, or a trunk, or really anything else that could evoke the idea of outlaws, adventure, and crimson.

Good luck! We look forward to seeing your creations!

PS: We're OK with a strange design (the Arcana Artifact looks a bit strange), but it would be risky to submit a design that was gory.

Create the next art or illustration for Alibris
599 US$
Alibris is a marketplace for those who love books, musics, movies, and video games
31
entries
7
designers
New art or illustration wanted for Boss Medical and Office
199 US$
We provide a broad range of medical and office supplies to healthcare providers primarily but other businesses as well
89
entries
27
designers
Infographic or Illustration For Our Corn Maze Guide
US$ 309
Corn Maze Guide to the top 50 Mazes in the Country.
29
entries
7
diseñadores
art or illustration for mim-pi
$299
MIM-PI is a kidsclothes brand for girls from 0 tot 10 years, our designs are sweet and hip, we are based in the…
244
entries
52
designers
Create the next art or illustration for Lincolns
A$249
Children name labels for items such as lunch boxes and water bottles on a sticker plus matching clothing labels. Our…
130
entries
18
デザイナー数
Fun Artwork wanted for MOOSE
299 A$
We sell baby and children's products. We wholesale and retail our products throughout New Zealand and Australia.
257
entries
48
designers