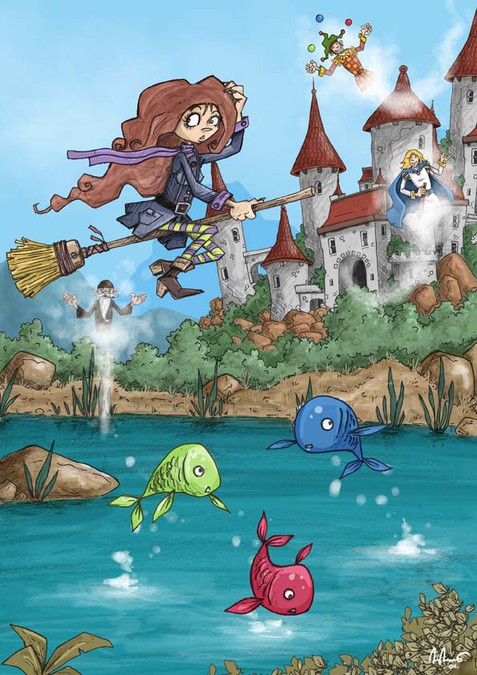 Create a Book Cover for a whimsical young-reader's fairy-tale! 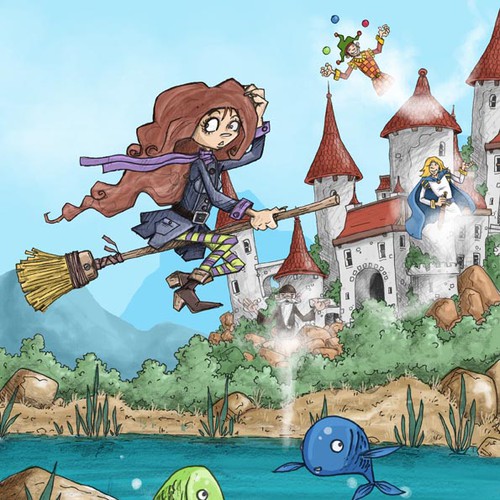 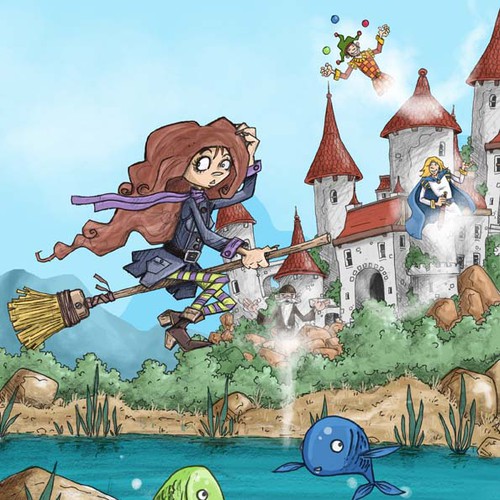 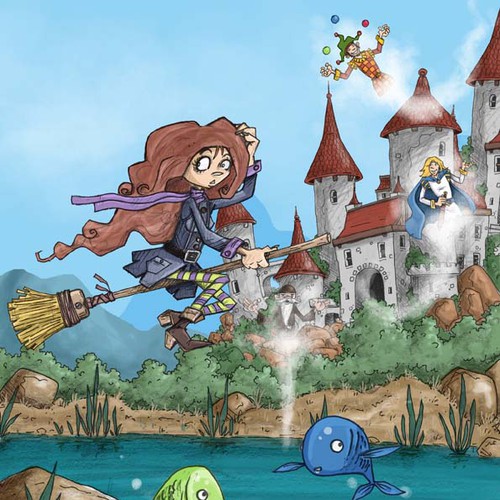 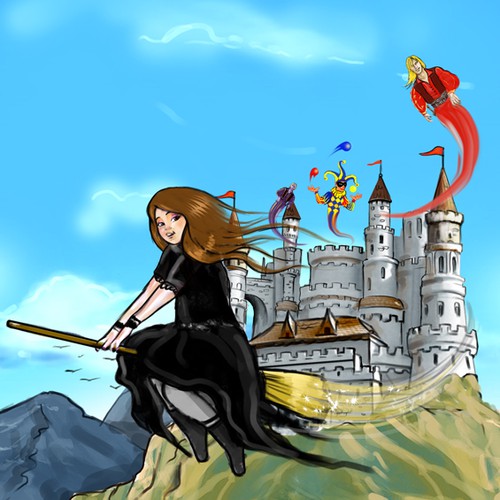 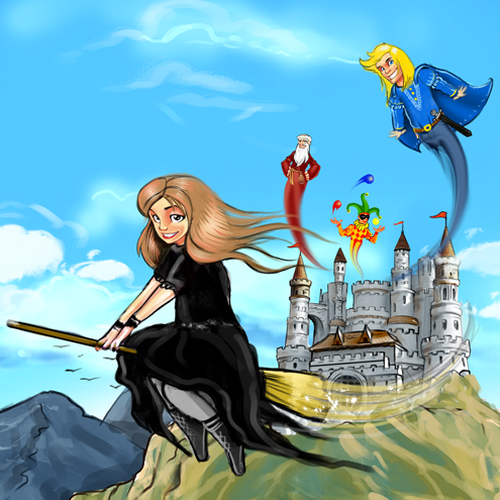 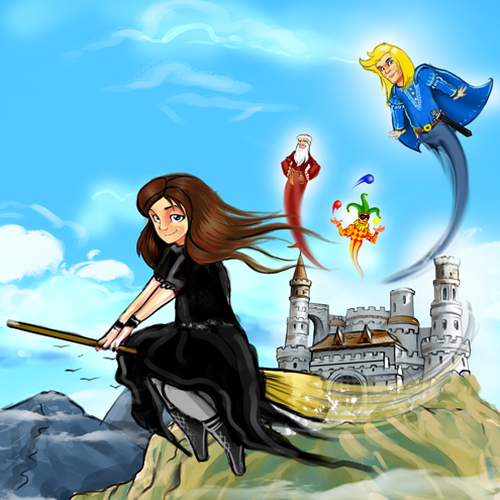 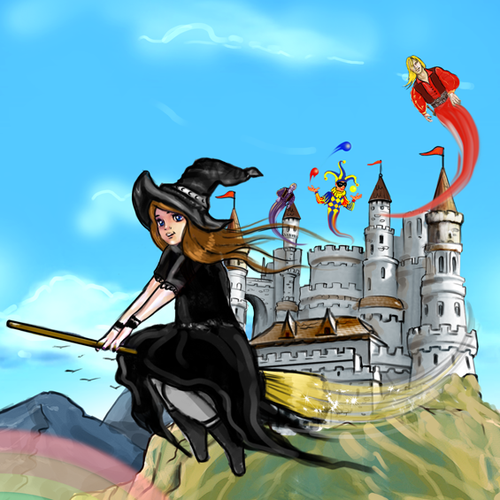 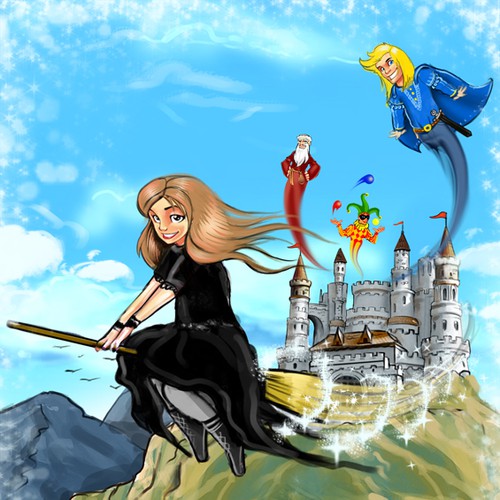 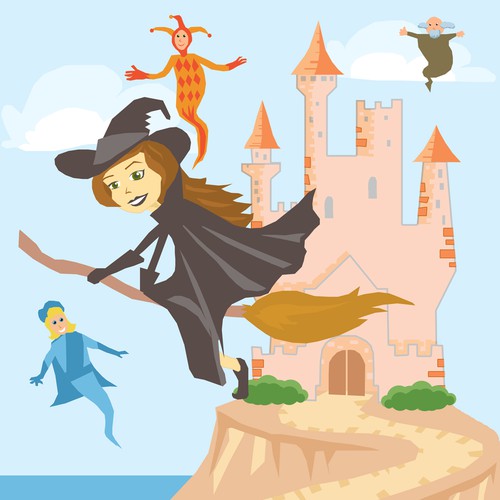 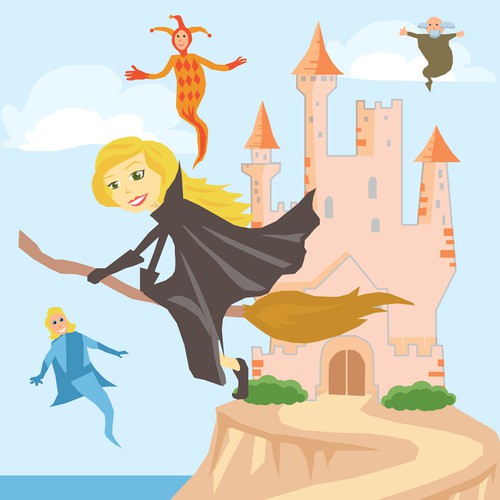 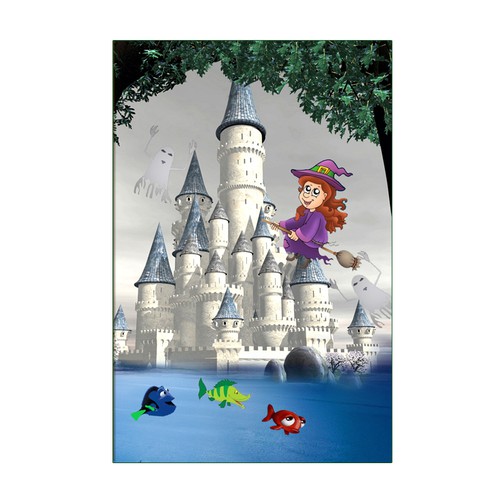 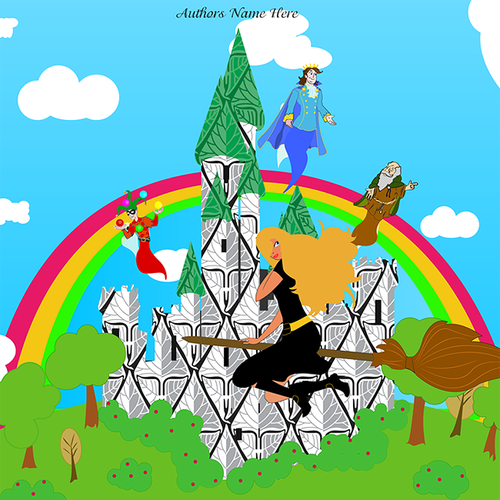 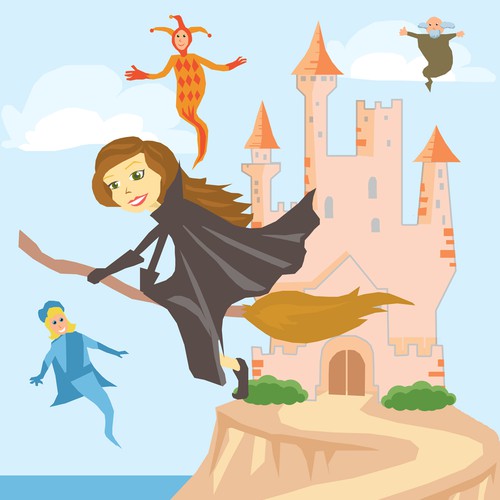 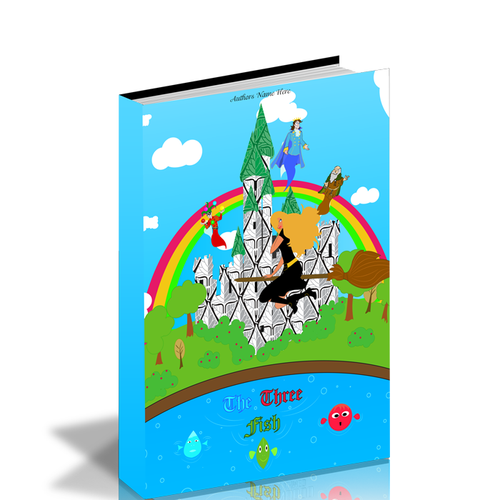 Supporting independent authors with self publishing.

Characters: several ghosts (a jester with juggling balls, a stately elder who looks sort of like a priest, a witch, a prince, among others), three small fish (one blue, one red, one green), a good witch (main character), general villagers.

Basic plot summary: An evil witch (when she was living), cursed the three guardians who ruled each of the three kingdoms and turned them into fish. She wanted to take over the kingdoms and this was the easiest way to get rid of them (she did not want to kill them, just remove them). Many decades later, a good witch moved into one of the castles since the guardian was no longer there, and set up residence. She consorted with the ghosts living in the castle and generally kept to herself. One day she discovered a strange fish in a stream and realized it was one of the transformed guardians. This sets the plot in motion to find an antidote for the transformation spell and return the guardian's (all three of them) to power. But first, they had to FIND the other two fish, and the antidote spell that was long lost when the evil witch died long ago.

Cover concept: an ancient castle, the witch in the air around it on broomstick, ghost concepts flying around, fish concept with the three coloured fish, general fairy tale feel.

Attached image is of another book cover by same author - book not in the same series as this one. Please note that title and author information has been removed from this image to focus on the main elements. This image is presented to give an idea of general feel of the cover, but should not be replicated for this design.

Realty logo for a company that specializes in capitalizing on the moment
$ 299
We are a realty brokerage that specializes in all things real estate. Whether you want to buy, sell or invest we've got
164
entries
55
Designer
Design a Wellness/Self-Care Company Logo with a Kink/BDSM Twist
$410
Kink Care provides a Subscription Box service that caters to the Aftercare Needs from BDSM and Kink-Play. Its primary t
57
entries
17
デザイナー数
Simple Logo for Vehicle Detailing Website
GBP 239
E-commerce website selling car detailing and valeting products and providing valuable guides for people wanting to detai
33
entries
9
diseñadores
Luxury Baby Brand Logo Design to Appeal to New and Expecting Mothers with Expendable Income (Think Pottery Barn For Kids
$299
We make the World's best Baby Mats. We sell luxury baby mats made from the highest quality materials, designed to suppor
37
entries
22
デザイナー数
Need a beautiful professional design logo for an early stages funding firm .
US$299
Venture capital firm and incubator company
131
entries
53
diseñadores
Modern Apartment Logo Design
899 USD
APARTMENT Crestwood Apartments offers a mixture of comfort, quality, and design. This property is situated at 1714 Patt
290
entries
122
designer