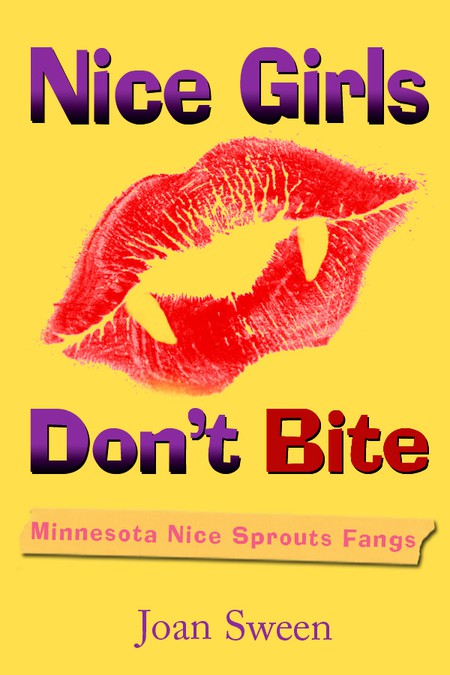 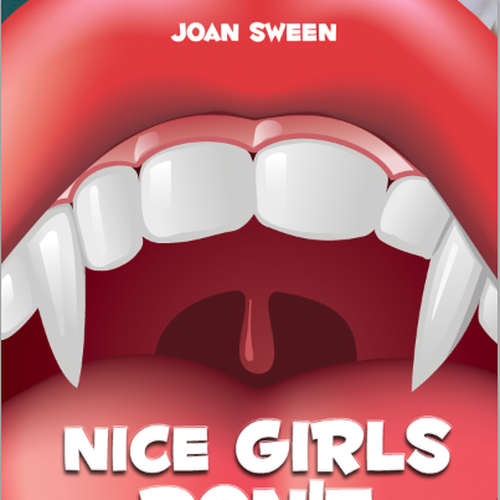 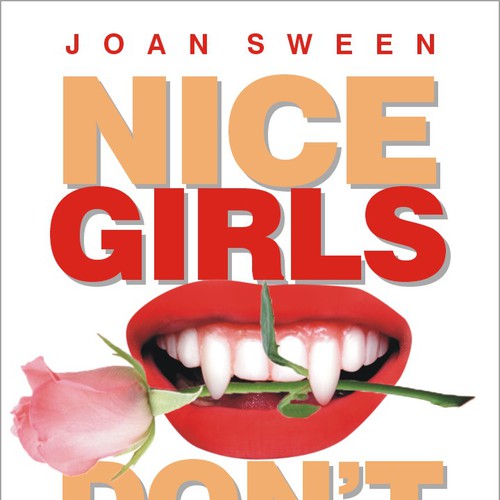 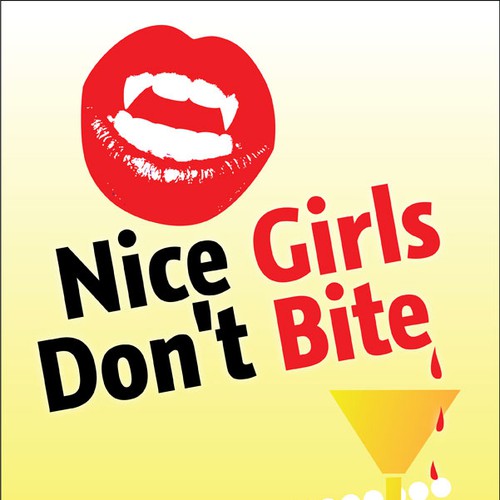 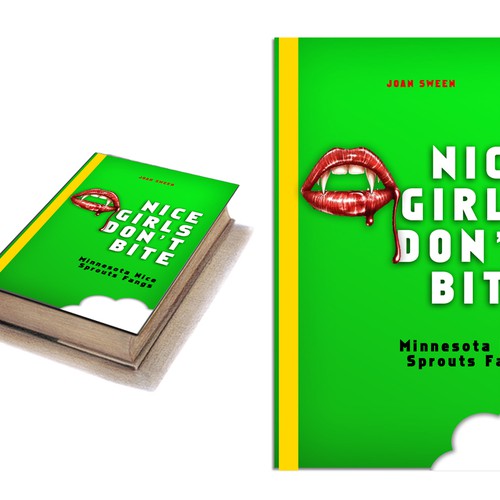 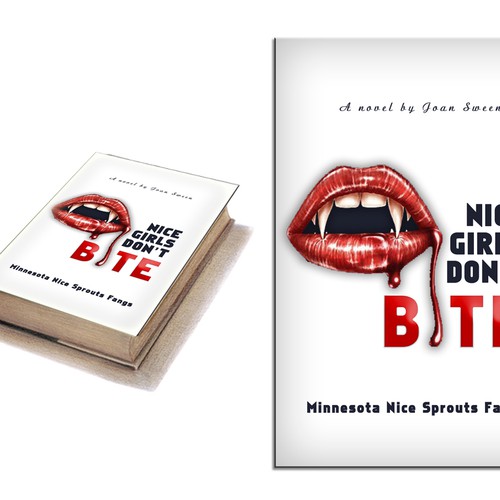 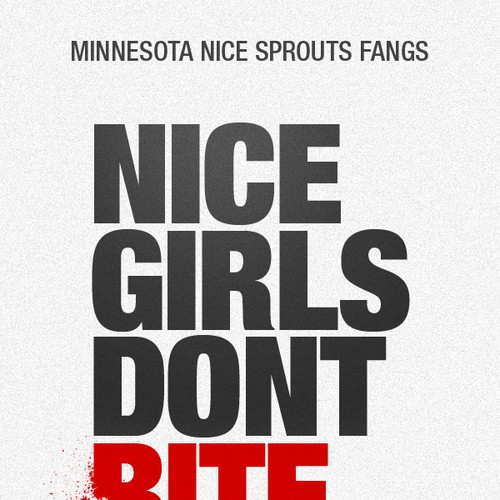 The book is a campy paranormal about two Minnesota antiques dealers who inadvertently become vampires. They're horrified. "I absolutely refuse to go all ugly and crazy and bite people!" The humor arises from them trying to hide their powers and lead a normal life. One funny visual is them clapping their hands over their mouths when they accidentally "fang out." There are smuggled diamonds in a Czechoslovakian costume jewelry necklace. They are shot with no harm. Crossbows are taken after them. In the end they have to behave like real vampires in order to help police stop a Colombian drug cartel. I plan this to be the first of a series, (Nice Girls Don't _____) each book goofy, goofy, and then a final smack of serious vampire business.

I like bold color and contrast and one dramatic element (less is more)--something that implies both humor and deadliness. I'm going to be fussy about that—not a totally funny visual and not a totally horrific visual. I want you to work magic.

I don't want cartoonish, a plethora of detail, or dark and murky.

I think I need a layered RGB file in Photoshop PSD or Fireworks PNG format, and a JPEG version.

Later: The guy who's going to be helping me launch says my cover art specs are:
900X600, 167dpi, preferably jpeg format.

Create a logo for podcast dealing all all stages of one's romantic life: dating, marriage, divorce
$299
singles, married, and divorcing individuals
74
entries
18
デザイナー数
Apartment Logo Design
$899
APARTMENT Newly remodeled, apt has vaulted ceilings with spacious kitchen, dining area and bedrooms. Property has beauti
186
entries
77
デザイナー数
Need vintage logo!
$299
Strength Sports
45
entries
11
diseñadores
Dear Woman In Process, Logo
299 USD
Dear Woman In Process, mission is to give women language for their now by helping them navigate through their heart, min
19
entries
5
designer
IT security business needs a business card that screams class and professionalism
AUD 399
The business will be dealing with businesses in various fields, selling IT security as a service in order to help them g
298
entries
18
diseñadores
Design a Fun Hand Sanitizing Station Banner
US$199
We print large format graphics that are used by corporations as banners or backdrops at their trade shows booths, corpor
87
entries
22
diseñadores

Comienza ahora
Create the brand for a fun wedding broadcasting & livestreaming company
239 £GB
We are wedding broadcasting/streaming service allowing couples to broadcast their wedding to the world
80
entries
27
designer graphistes
Innovative pain management practice
US$ 299
Treat patients with acute and chronic pain conditions. Most common diagnosis is lower back pain. Treatment is primarily
104
entries
28
designers
Realty logo for a company that specializes in capitalizing on the moment
US$ 299
We are a realty brokerage that specializes in all things real estate. Whether you want to buy, sell or invest we've got
164
entries
55
designers
Textme.bet or it Didn't Happen
299 US$
fantasy sports players, sports bettors, people that watch sports, drink alcohol, friends betting friends
16
entries
5
designers
No Place Like Gnome Project
$299
Arrow is a senior living community management company. We subscribe to a dedicated set of core values - I believe acts o
44
entries
11
diseñadores
Create a cool and unique logo for a company that manufactures unique metal art & home decor
299 US$
We manufacture metal home decor and signs. Our products apply to multiple demographics including middle to older aged w
51
entries
15
designers
Más información sobre diseño de otro
Vea como funciona