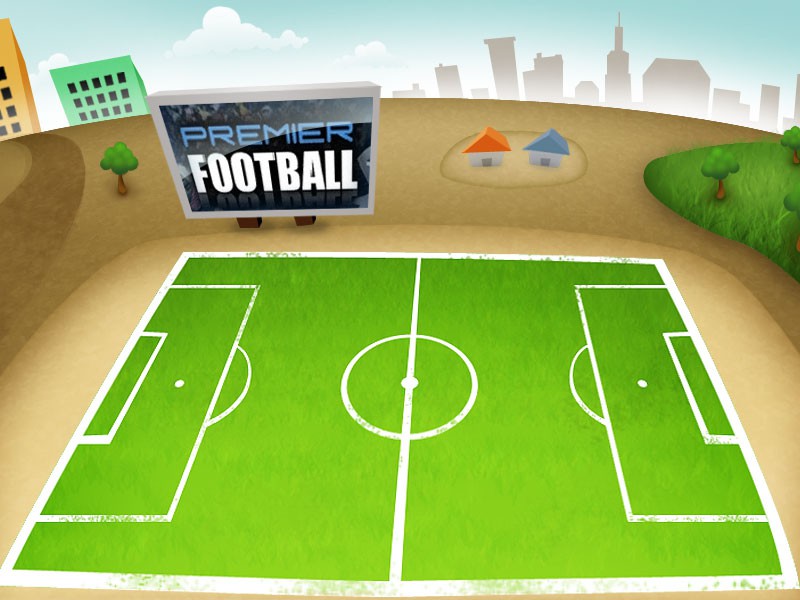 My business develops and operates some of the largest social games and applications across social networks (i.e. Facebook)

Our target market are Facebook users male between the ages of 16-35 who enjoy sports.

See attachment titled "homepagesample". The goal is to keep the same 3-D over head view and create a new page that will be a training soccer field.

At the top of this field, their should be a background (skyline), but instead the background of the skyline with building that exist on the "homepagesample", the background should be the billboard that's says "Premier Football", and maybe a couple of the same buildings and the blimp. The soccer field should look a little beat up and within the soccer field there will be 8 different training "stations" and each station of the field will represent a skill that a user can be trained in and it should be clear of the boundaries for each station (idea-maybe each different 8 training stations should be sectioned off with cones.). The 8 training stations will represent the following actions:
1.) Passing
2.) Shooting
3.) Speed
4.) Heading
5.) Intelligence
6.) Dribbling
7.) Goal keeping
8.) Tackling

For each of the training sections, there should an action occurring and should stand out just how on the "homepagesample", the Stadium, and field house stand out.

Regarding each of the 8 stations, some idea are as follows, but feel free to be creative for each of the 8 stations. For example, for Dribbling, there will be 2 or 3 players dribbling through a bunch of cones. For Speed, it will be 4 or 5 guys running in a strain line looking like they are racing. Ect.

See the attachment titled "training ground spec" to get an idea of exactly what we are looking for. Create this design without the green arrows above each of the training stations.

The black area on the "training ground spec", should be an in-ground score board and have a 3-D angled look as well.

Try to make this image as 3-D as possible, just as the "homepagesample" looks.