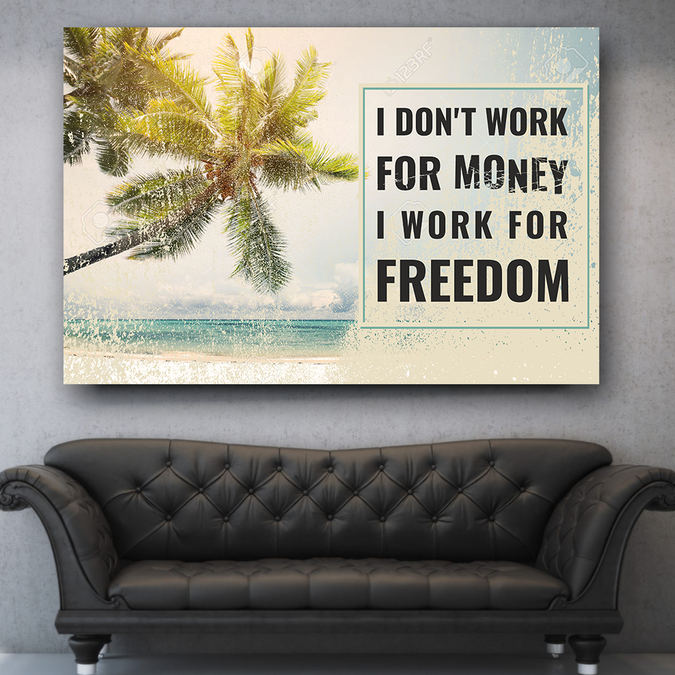 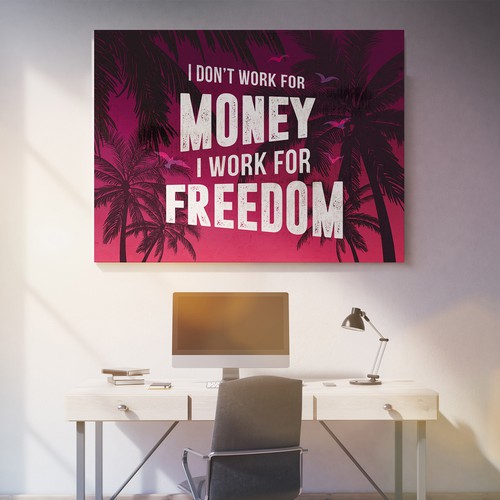 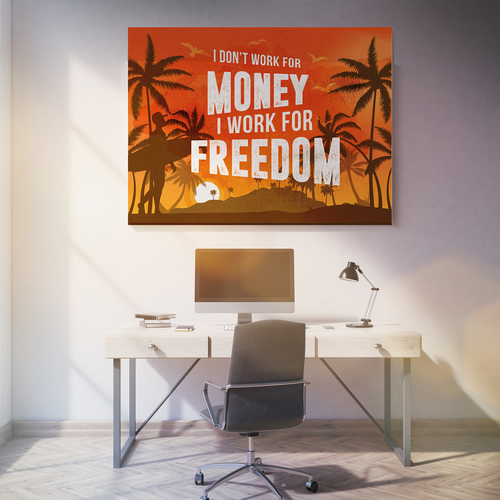 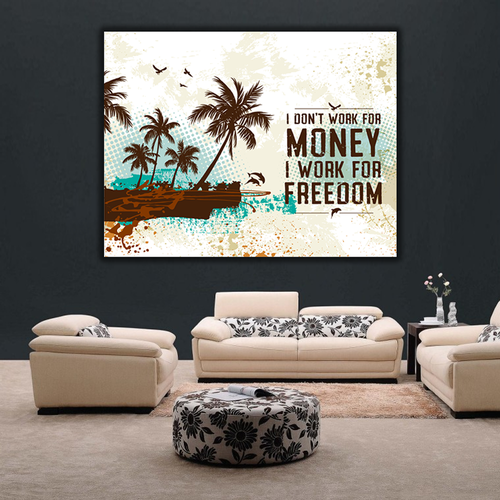 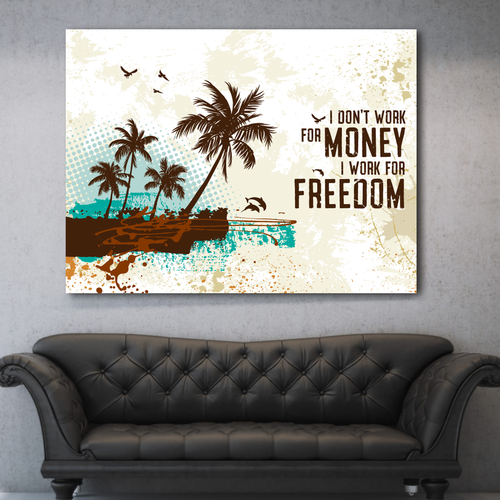 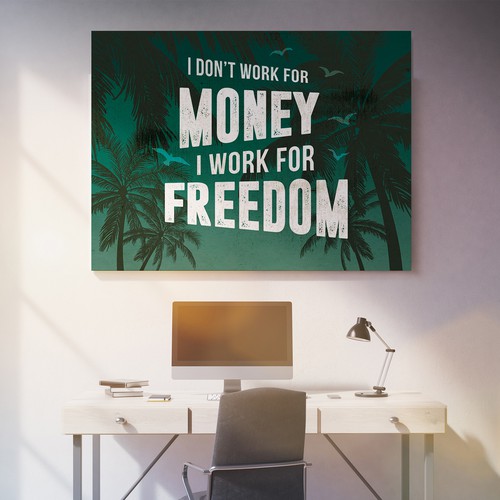 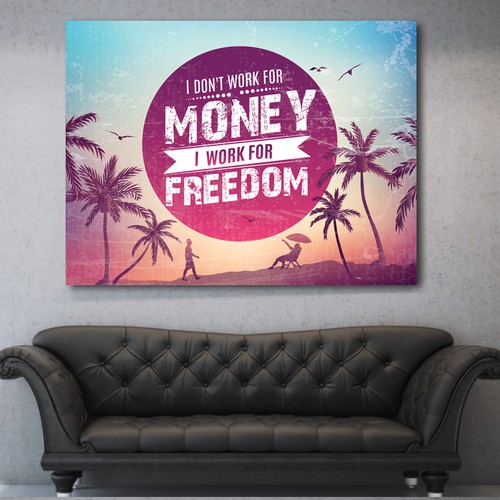 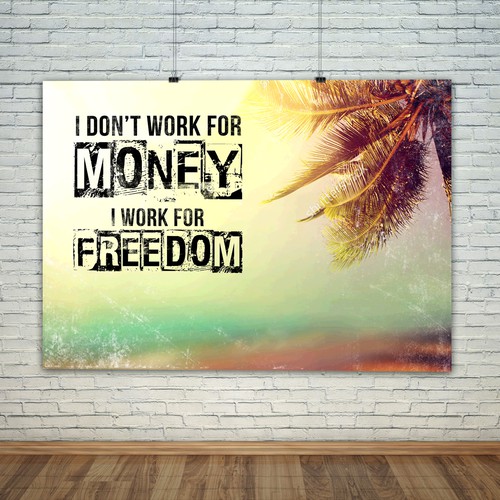 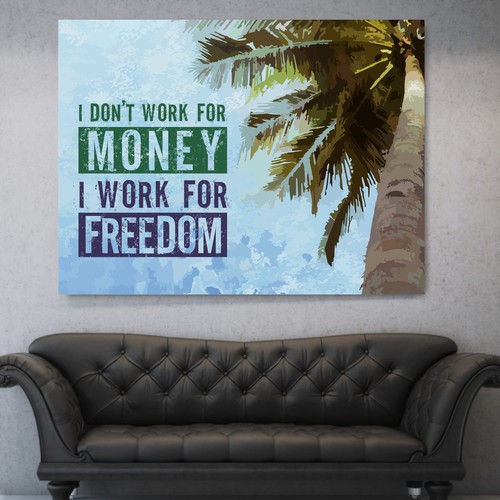 I want a Canvas created with a powerful image and a powerful quote. The quote I want used is: I DON'T WORK FOR MONEY
I WORK FOR FREEDOM

I'm looking for the layout that's similar to the 'make your passion your paycheck' example I attached.

For the main art/picture, I want something similar to the artwork I attached of palm trees. Can be trees & a beach, or just trees with light peering through them (you can get as creative as you want) - The main idea is to portray an image of luxury & freedom. Picture where someone would go on a holiday if they didn't have to work again and had a million dollars!

I want the text in the middle of the Canvas to be clearly visible enough but not take up the whole Canvas (Similar to the make your passion example I attached) - Please emphasize the word 'FREEDOM' slightly more over the other words (a font that is different but compliments the other fonts) and increase the font size slightly on that word. For the word 'MONEY', please use a worn effect (or similar) for the font, like shown in the 'I Ride' canvas example.

I would also like to request a mockup please, in an office setting (the same or similar as shown in the example). The text must not take up more than 20% of the total mock up picture, as I will be advertising on Facebook.

The Canvas edge that I will print the design on will be black, like shown in the mock up example I've attached.

Please be creative we will be selling this to Entrerpreneurs 30 and over. It will be priced over $100, so it has to have an artistic edge to it

Once again, here is the text to be used on the wall canvas

I DON'T WORK FOR MONEY
I WORK FOR FREEDOM