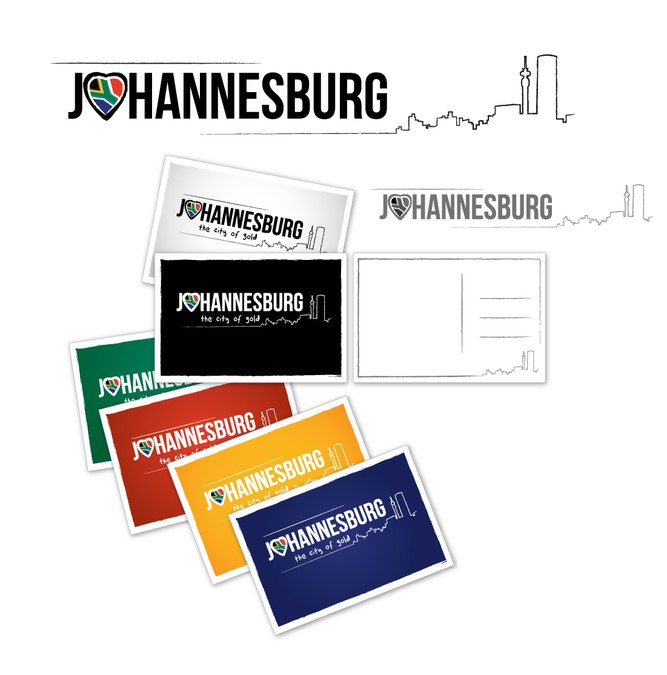 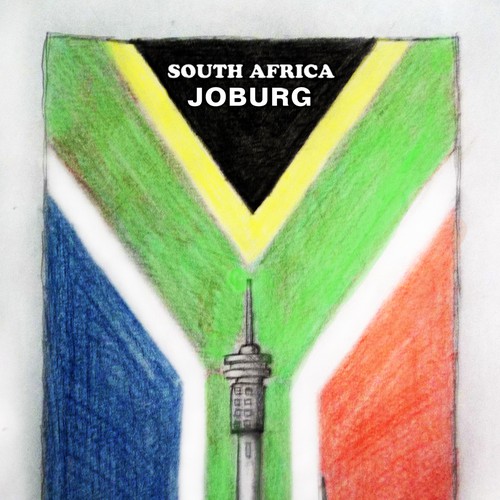 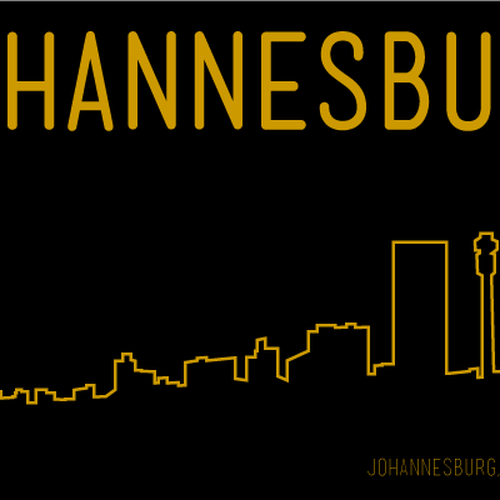 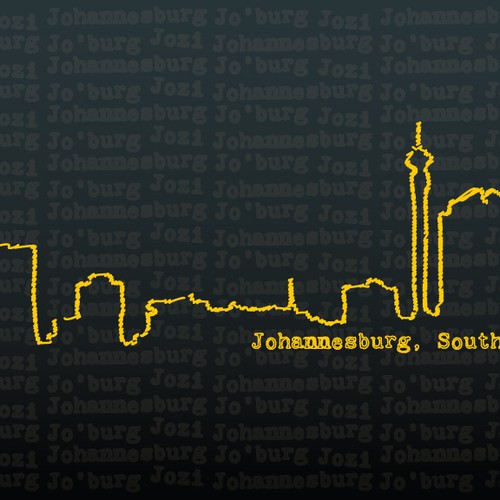 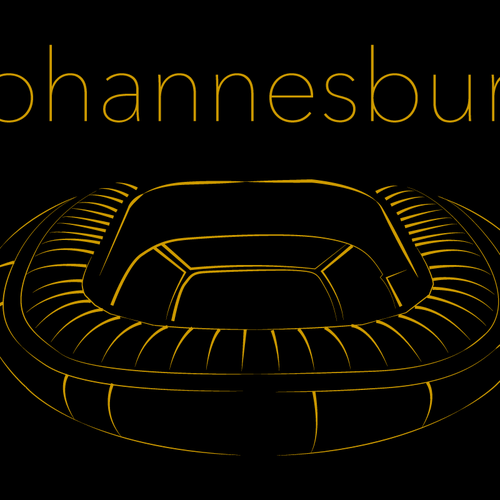 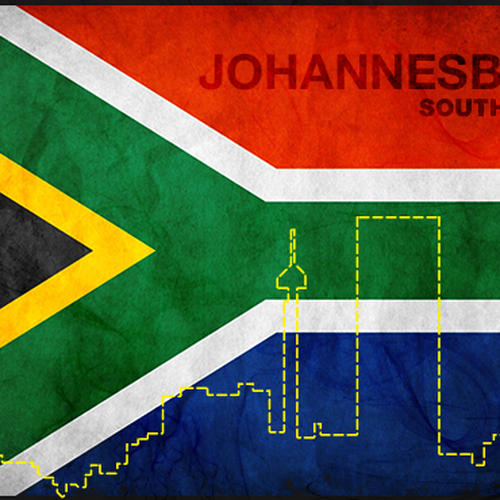 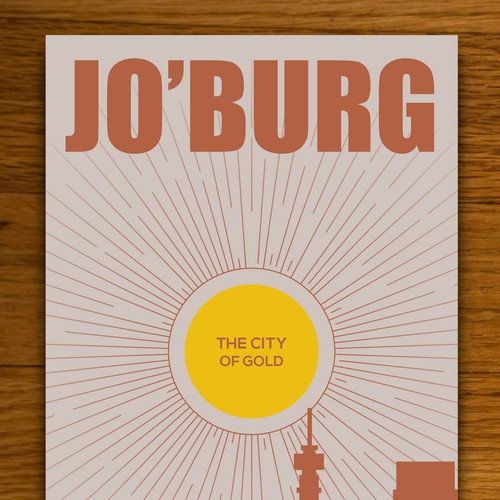 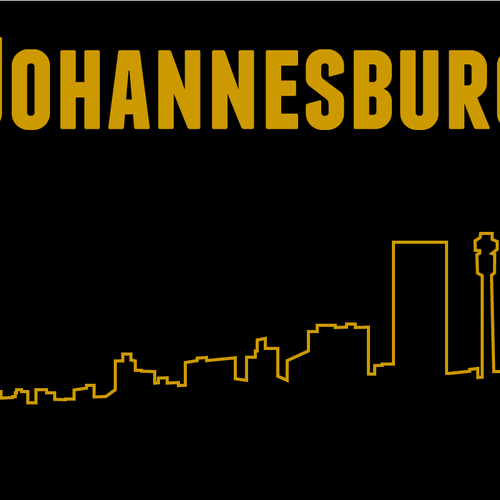 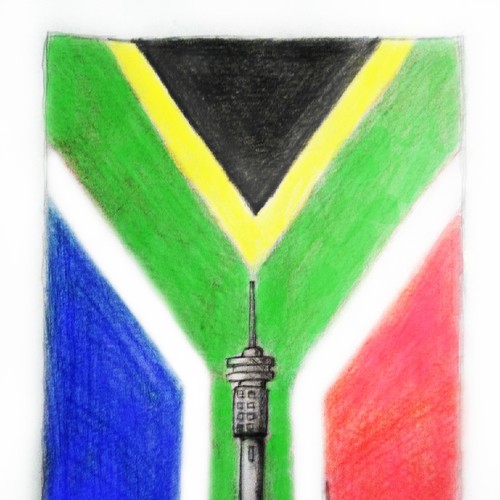 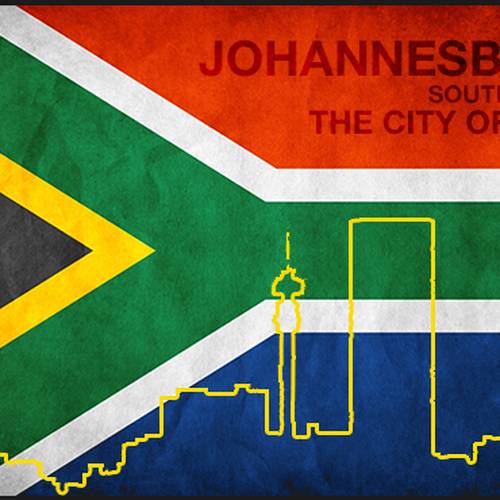 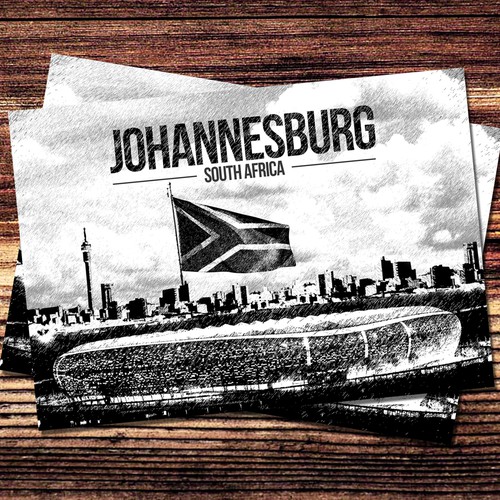 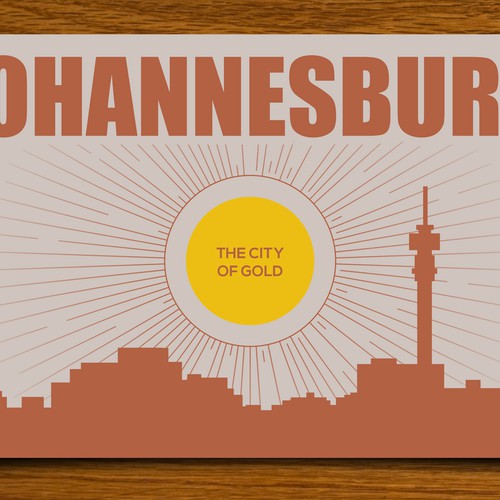 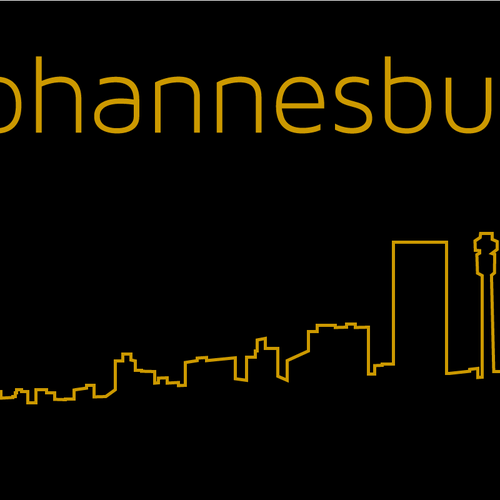 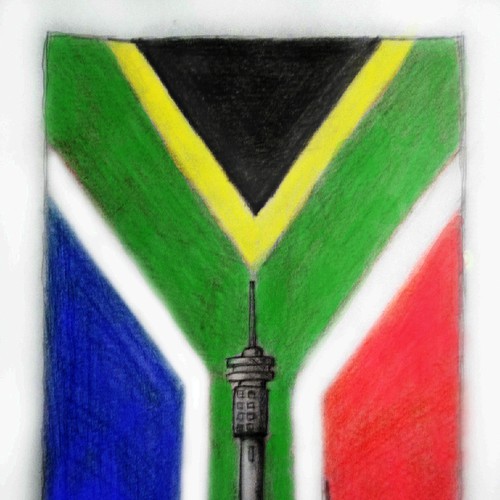 I want a postcard designed for my home town, Johannesburg, South Africa. This is a pretty open ended brief, but what I'm trying to get to is something that some one who visits Johannesburg (also known as Jo'burg or Jozi) would want to send back to friends/relatives in their home town/country.

Stuff I do want:The postcard needs to be bold and simple, think along the "I heart NY" campaign, three colours, simple, iconic concept.I'm thinking illustrated, simple graphics.More is less.

Stuff I don't want:Anything photos or non-illustrated content, there are a million postcards out there that just have a random photo of something with the name of the place. Not interested.

Random ideas for potential stuff to include (see helpful images):The downtown johannesburg skyline is pretty distinctive mainly due to the large "Telkom tower".The 2010 soccer worldcup brought with it the creation of a new stadium, "soccer city".The gold mining industry which drives South Africa's economy, has left Johannesburg littered with mine dumps.Johannesburg is known as "the city of gold".The South African flag is six bright colours, potential use as a pallete?

Apart from that I'm happy to let you use your creativity!

If you're stuck for ideas, I did have one vague idea, but I'm hoping to be surprised with other stuff people come up with. The vague idea was a postcard that's mostly black, with a trace of the sklyine in white or perhaps gold. Maybe just that. Or maybe a illustrated version of the stadium. Not sure! Surprise me.

Comienza ahora
4 Missed Opportunities When Opening a New Business Account
$199
Our organization provides payment processing solutions (credit cards, debit cards, ACH) for business owners. The target
24
entries
9
designers
Midway Connect reviews contest
199 $
Its a software product company
116
entries
15
Designer
Crafting Studio in need of a flyer for crafting classes in affluent neighborhood
US$ 299
Our target audience is moms with kids that want to craft. We will hold classes for adults only, and for mommy with thei
157
entries
29
diseñadores
Kannaway needs an eye-catching new product brochure
£469
Kannaway is a hemp lifestyle company aiming to make the world a better place by making safe, reliable, quality and benef
15
entries
4
designers
Flyer for Tenet Leadership
$199
Here is text of flyer: Front page must say: LOGO: Tenet Leadership Grow with Intention (Number #16))) ((((Picture of
38
entries
15
designers
Lab Flyer - Not for Frisbee Dogs :( but for transformer fluid. It can still be fun, though!
$199
We do transformer testing and maintenance. The target audience for this piece is transformer oil testing services- indus
40
entries
17
designers
Más información sobre diseño de postal, flyer o impreso
Vea como funciona