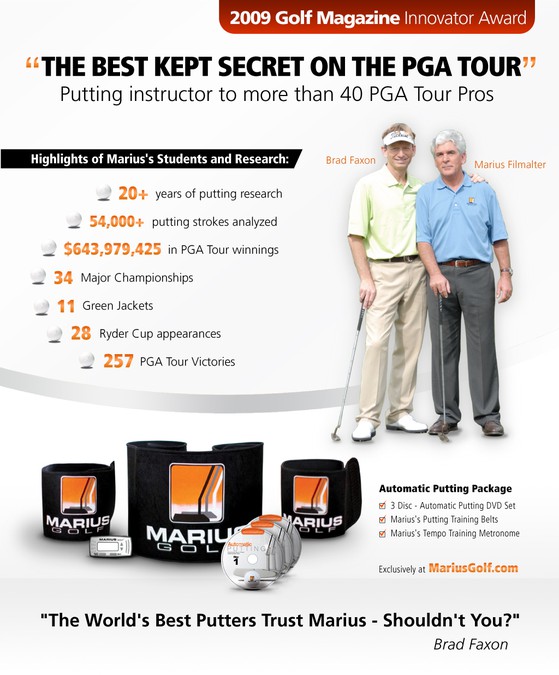 Full Page Print Ad design for use in a golf publication 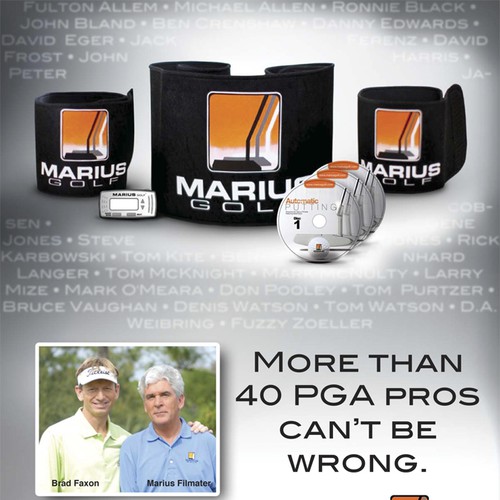 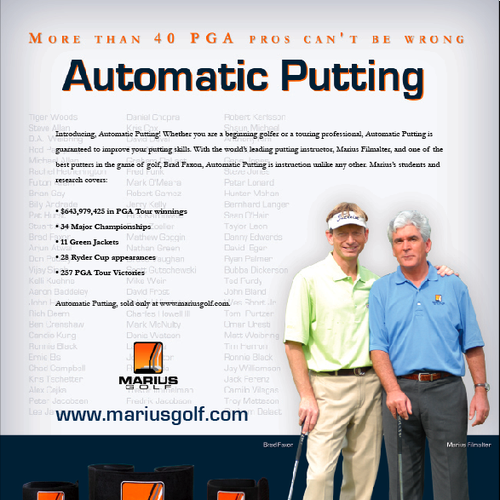 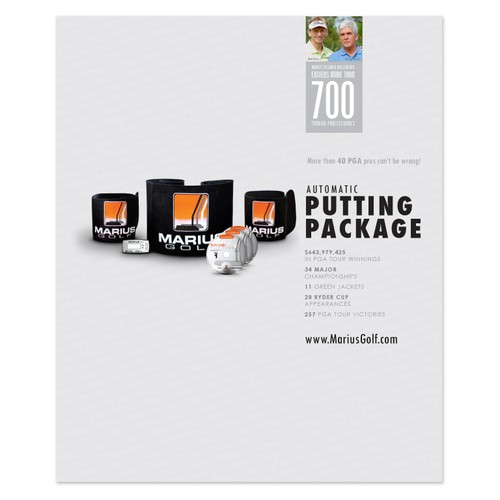 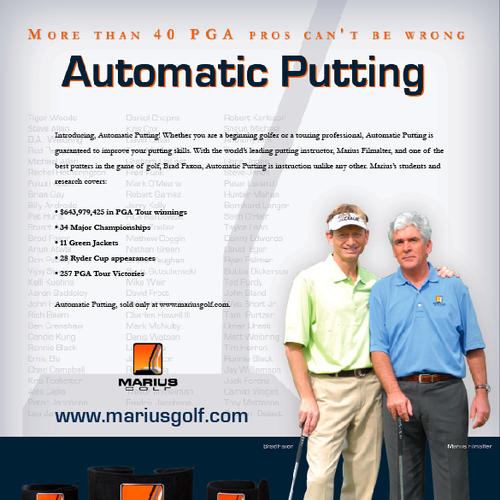 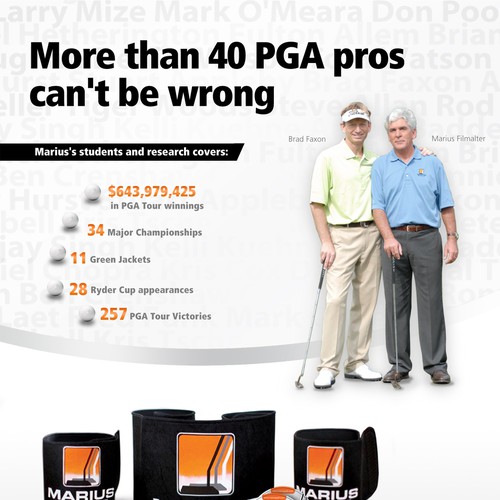 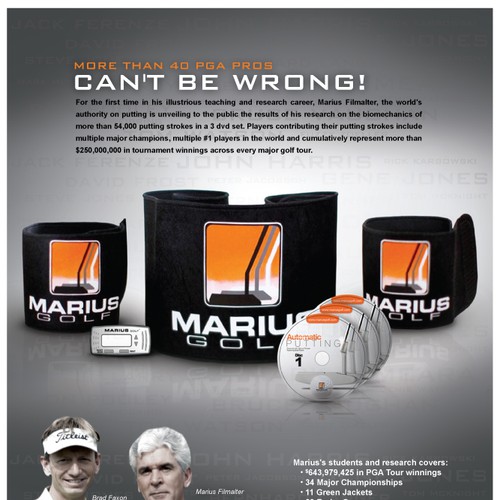 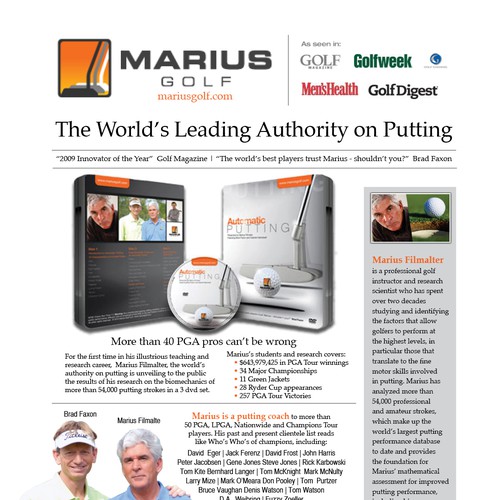 Our company is releasing an instructional putting DVD (called Automatic Putting) featuring the world's leading putting instructor (Marius Filmalter) and one of the best putters in the game of golf (Brad Faxon). This DVD is unlike other products currently on the market because the instruction is based on extensive scientific research performed by Marius whereas other are based on unsupported theories.

The target is the golfer who is looking to improve their putting. This golfer can be a beginner who has never played before up to the touring professional.

There are several requirements:

1. Attached in the player list file is a list of players. I would like these names in the backdrop of the advertisement. Maybe in light gray or something like that. I don't want them to be the focus of the ad but I want them present.

2. Marius's research and students exceeds more than 700 touring professionals. The sum of the accomplishments of all these players should be an important point of the ad. The following stats need to be on the advertisement:

4. Attached is the product image. It is called the "Automatic Putting Package" this image needs to be present.

5. The product is sold only at http://www.mariusgolf.com so the website must be present as well.

6. I would like the slogan "More than 40 PGA pros can't be wrong" somewhere in the ad

Please use the design of the "Automatic Putting Package" as guidance for the feel of the advertisement.

Fun gadget review site needs a great new logo!
US$ 899
We're a review site site for gadget lovers, those who love gear, tech people and website fans! You can find us a www.gea
440
entries
123
designers
Realty logo for a company that specializes in capitalizing on the moment
299 USD
We are a realty brokerage that specializes in all things real estate. Whether you want to buy, sell or invest we've got
164
entries
55
designer
Simple Logo for Vehicle Detailing Website
GBP 239
E-commerce website selling car detailing and valeting products and providing valuable guides for people wanting to detai
33
entries
9
diseñadores
Design an attractive logo for a company on the rise, help us keep the trend up...
5.699 MXN
Online marketing, online education, business strategy, coaching, consulting, new media utilisation including education o
109
entries
33
designer
Need a beautiful professional design logo for an early stages funding firm .
US$299
Venture capital firm and incubator company
131
entries
53
diseñadores
Professional Painting Company Logo
449 $US
We handle interior and exterior painting for homes and businesses. Our specialty is a high quality finish. Target audien
51
entries
21
designer graphistes