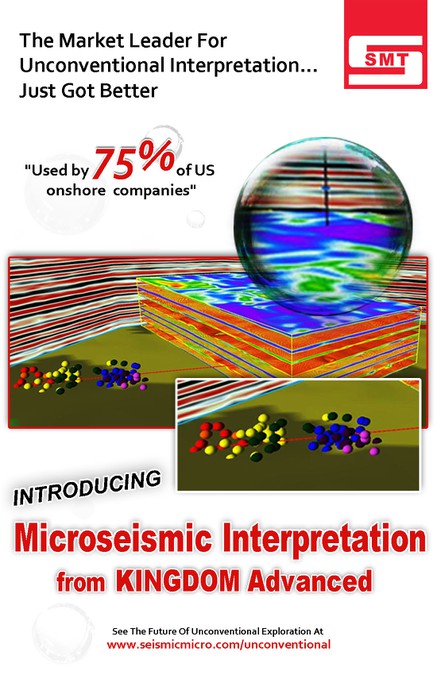 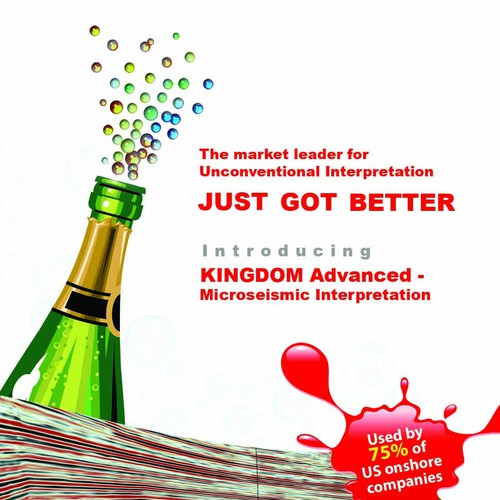 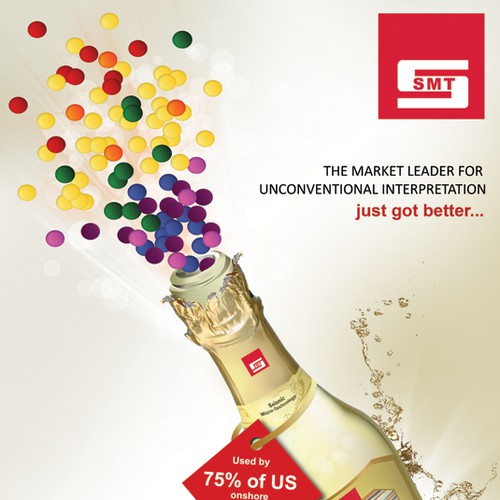 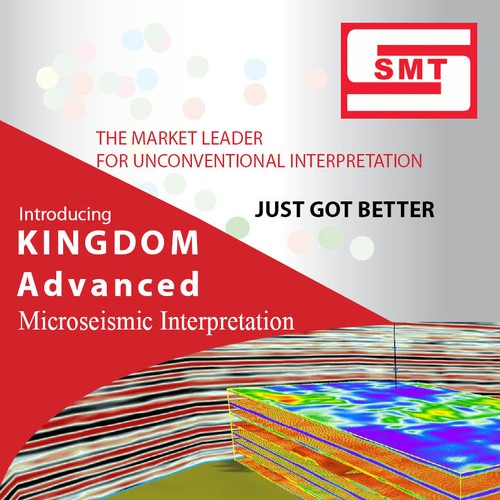 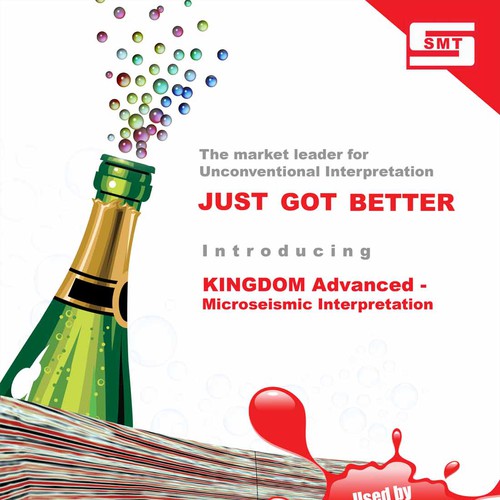 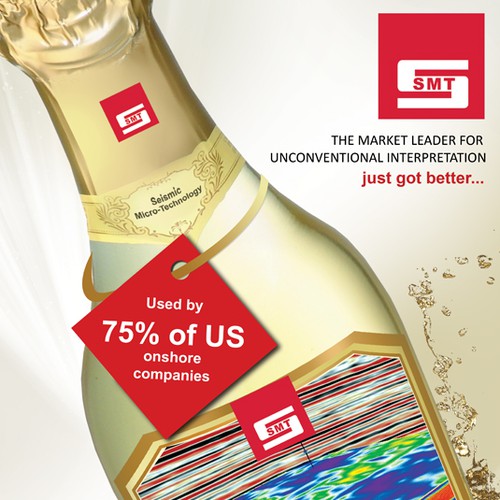 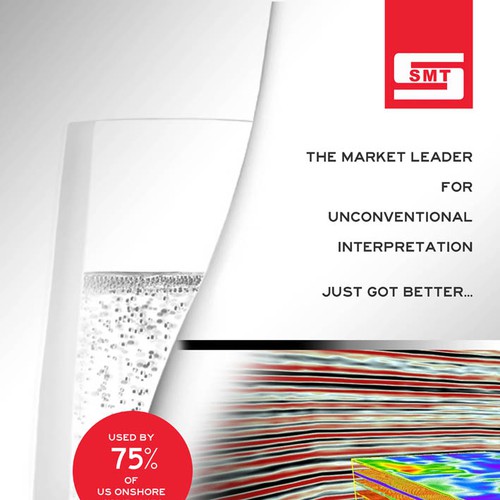 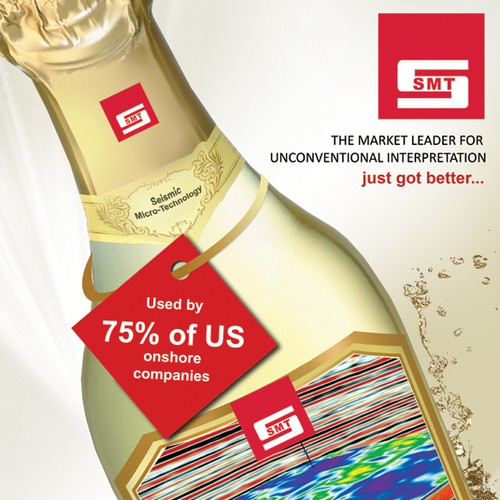 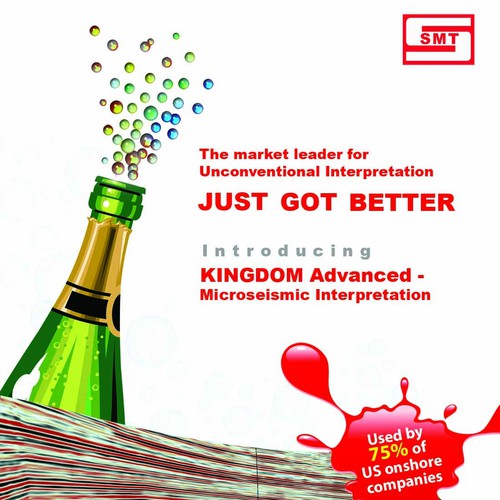 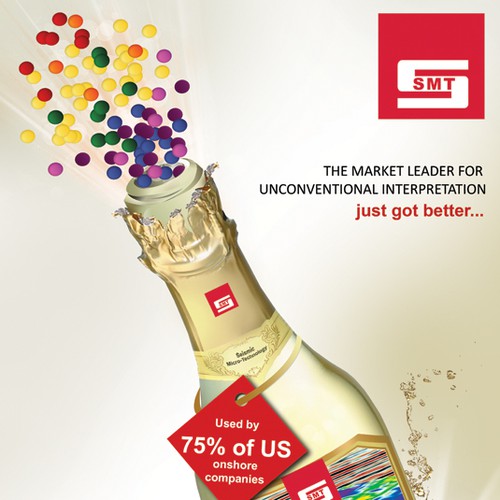 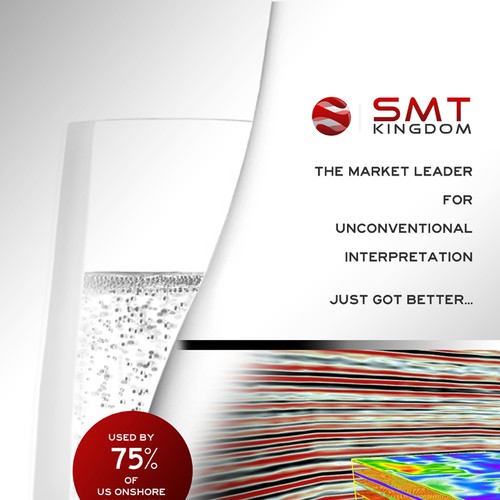 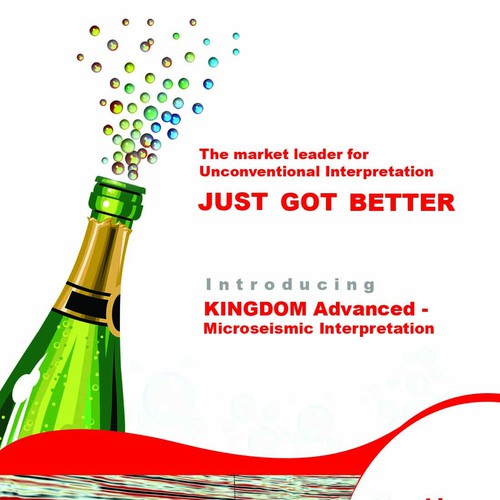 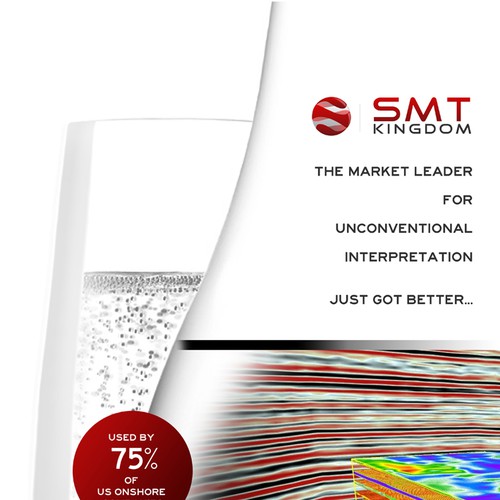 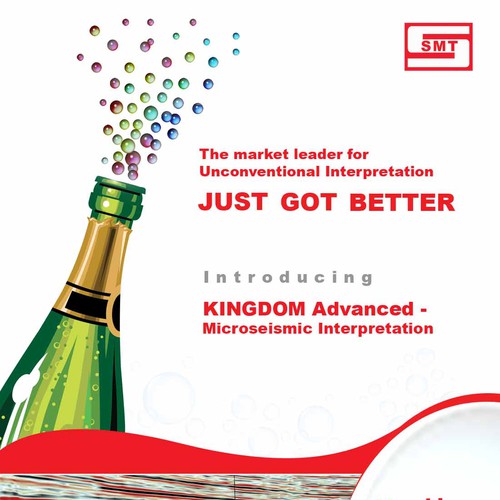 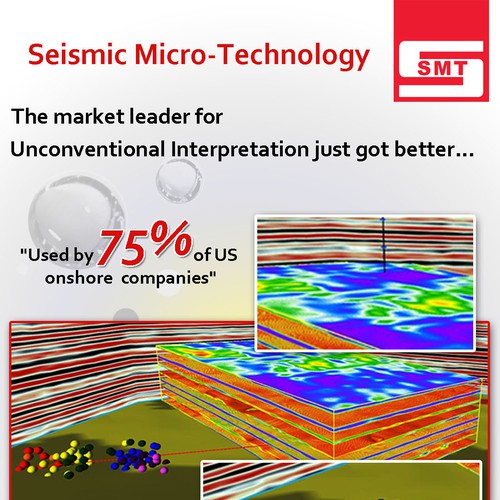 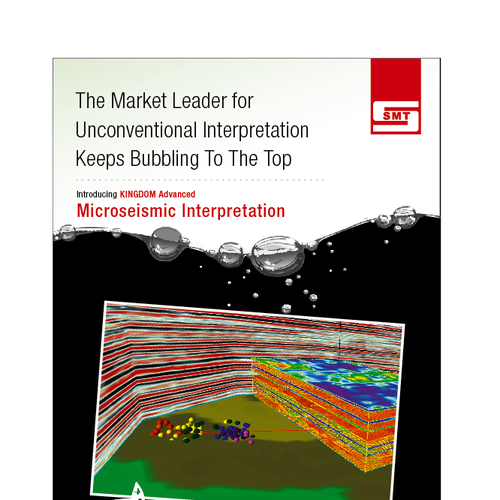 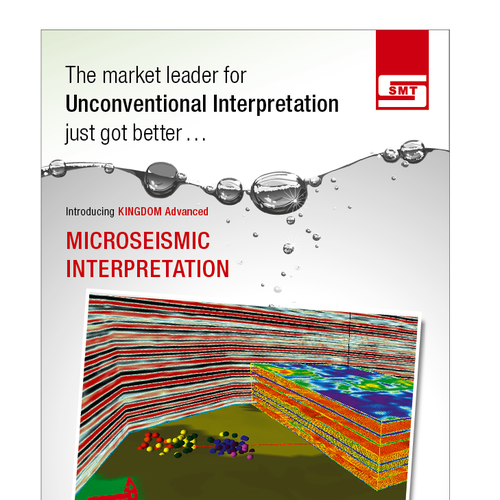 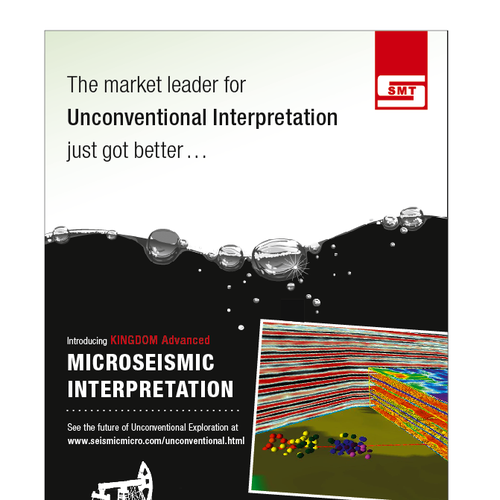 I am the VP of Marketing for SMT - Seismic Micro Technology. We have made software since 1984 and have the leadership position for selling to petroleum geophysicists. Because our software is used by the largest companies on earth and across the globe, we focus on showing our breadth and scale for any environment. We have 2700 customers in 97 nations.

Submission Detail: My email is ichakrabarti@seismicmicro.com. I am looking for a print ad. It will ultimately be in many formats, but you can design the image in large format tabloid (11x17 inches).

Note that I have a designer on my team who can provide finishing touches. She works with Adobe Illustrator and Photoshop. She can tailor this for bleeds in different insertions once I get the basic image from you.

Oil & Gas companies buy our software - like Exxon, Shell or Saudi Aramco. The geophysics and geologists in these companies run our software, across the world.

The industry now has a brand new area for oil exploration called Unconventional Resources. These are shales where we have always known there is energy but was too expensive to extract. New technologies, including what SMT is introducing, now allow us to gather these resources cheaply, dramatically increasing global oil and gas reserves.

We want the oil industry to know that our solution is being used by 75% of the pioneers who are exploring in Unconventional Resource environments.

For a feel for our solution go to http://www.seismicmicro.com. Looks on the front page or under products for Kingdom Advanced. The brochures available on those web pages will also give you a sense. And the short videos will show you how visually rich the product is.

Also, look at my previous project winners to get a feel for style

I want a very STRONG, SIMPLE, CLEAN visual that communicates our leadership in Unconventional Resources, why we have that position, and what new stuff we have coming in the area.

We are already very well known in the industry, so this is not brand introduction, or explaining what we offer, but rather, highlighting that in this new segment, we are already the leaders.

Then we need a "stamp" of some kind that says, "Used by 75% of US onshore companies"

Then we need to incorporate the screenshot of Microseismic that I have attached. Note that in that image, the Microseismic are represented by the bubbles.

Bottom Text: "See The Future Of Unconventional Exploration At http://www.seismicmicro.com/unconventional

The background theme for this print ad could use some sort of faint bubble imagery. Or we could even combine the idea that this is a celebration of a new technology, so use a champagne bottle, whose "label" is the screenshot. It is being popped with "microseismic" bubbles coming out of it, and spewing oil?

Comienza ahora
Design a logo to help democratize Machine Learning
USD 499
We are a research organization that provides powerful machine learning tools free of charge to the world. AutoGluon is a
320
entries
75
diseñadores
Design a creative logo for a political campaign!
US$299
Douglas Tuman is running for congress and would like a logo that represents strong leadership, uniting people together,
175
entries
64
diseñadores
Help brand Jason Sosebee on Social Media
$ 399
The audience is social media like Instagram, LinkedIn, Youtube. I am branding myself across all platforms. I am busin
280
entries
75
Designer
Modern logo for a DeFi technology company.
499 $US
Decentralized Finance (DeFi) cryptocurrency services.
151
entries
67
designer graphistes
New logo for a modern cuisine luxury high end restaurant in France
500 €
Hi, we are a modern cuisine restaurant in France, selling luxury high end products. We only work with organic products
117
entries
32
designer graphistes
Great Salt Lake Photo
299 $US
I am a photographer that specialize 100% photos of the Great Salt Lake in Utah, USA. Here is an idea of the photos http
40
entries
21
designer graphistes
Más información sobre diseño de impreso o envases
Vea como funciona