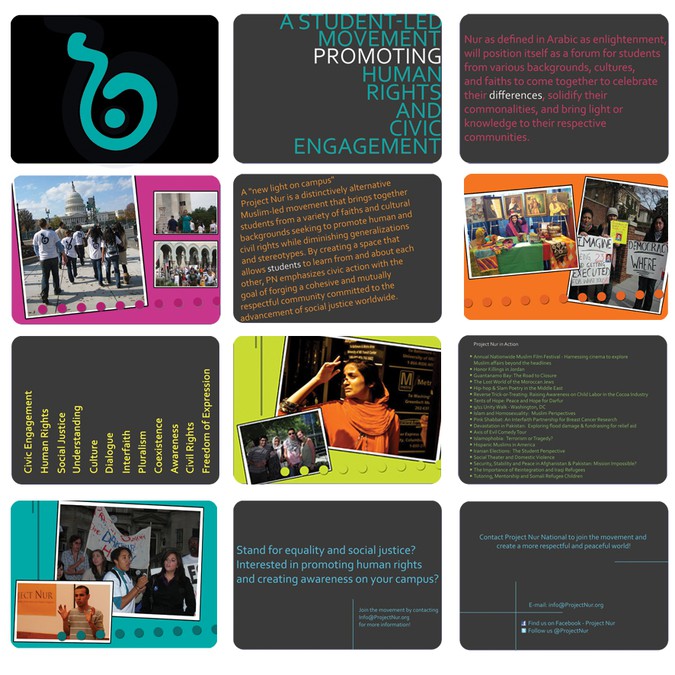 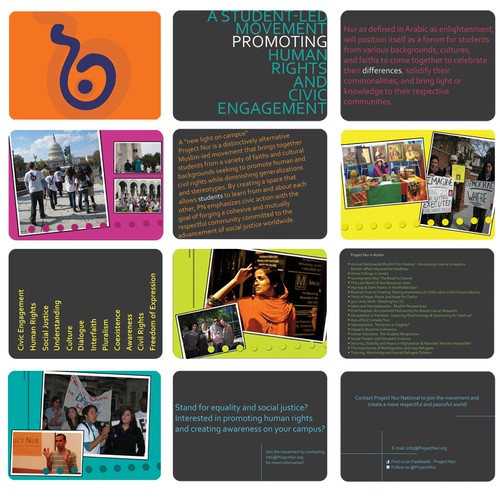 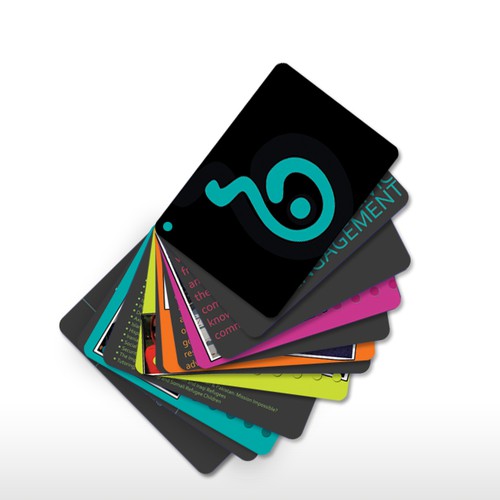 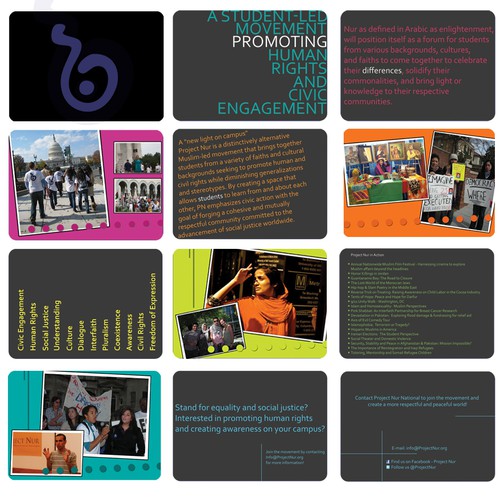 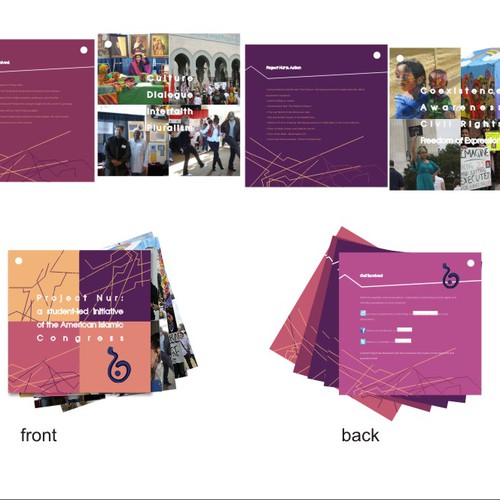 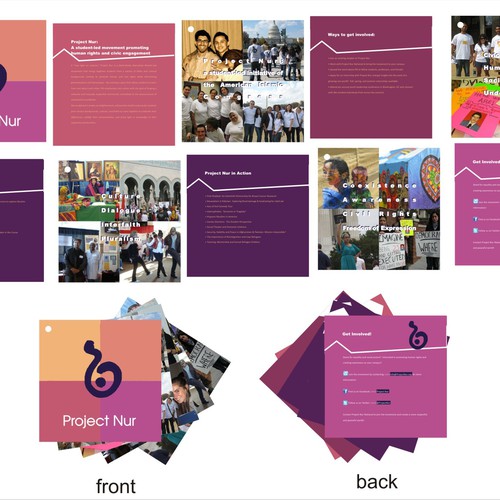 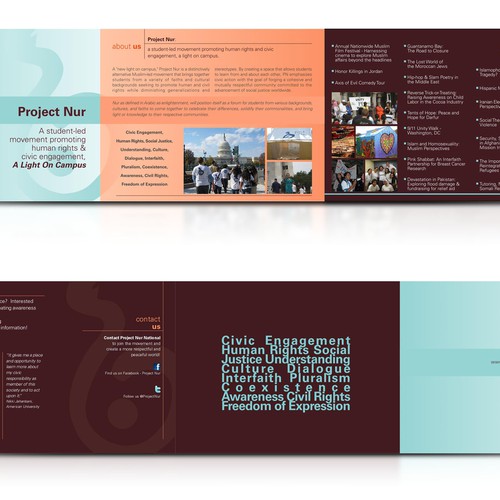 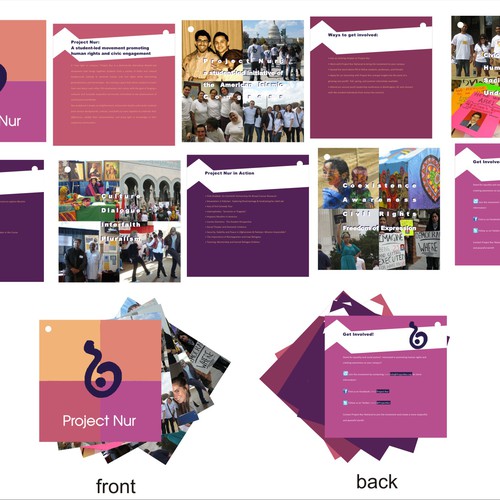 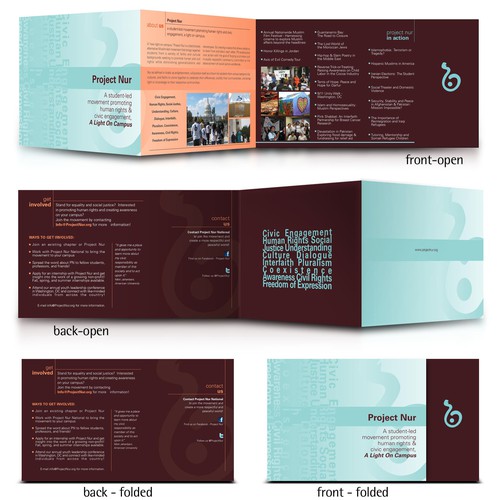 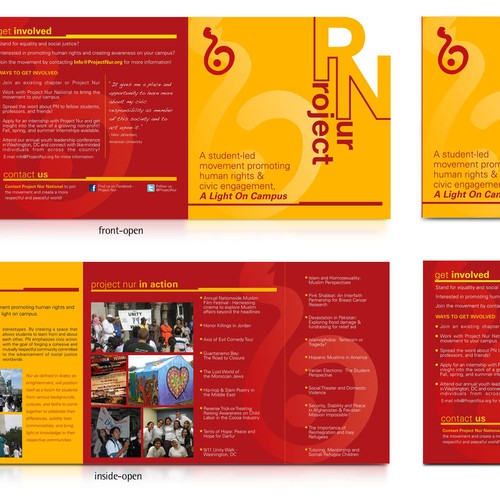 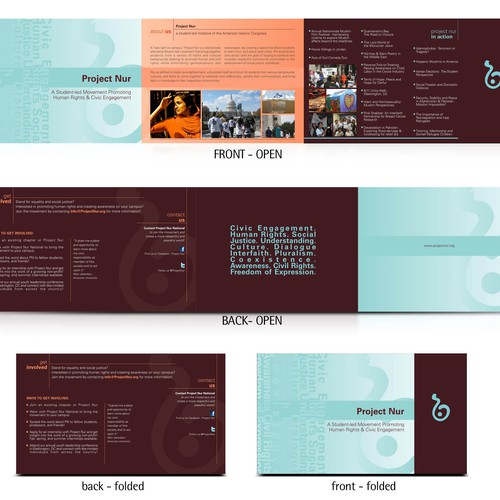 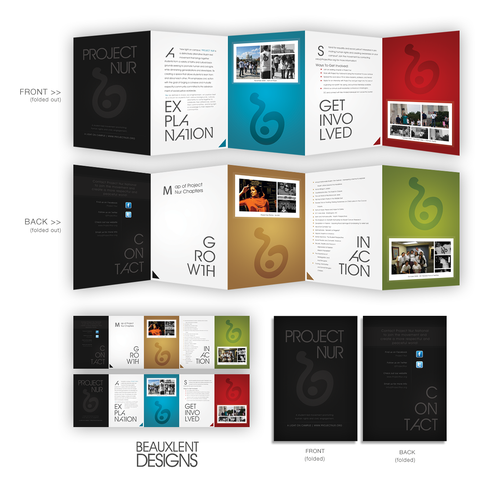 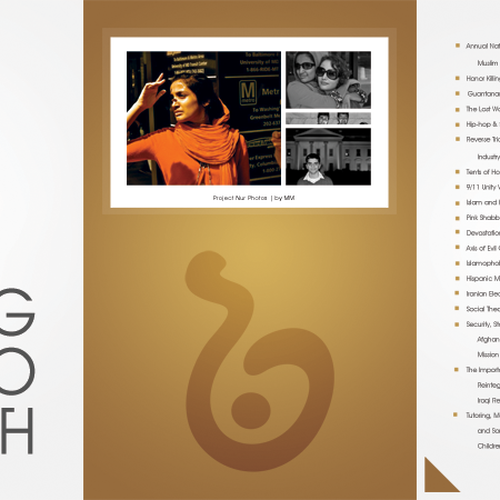 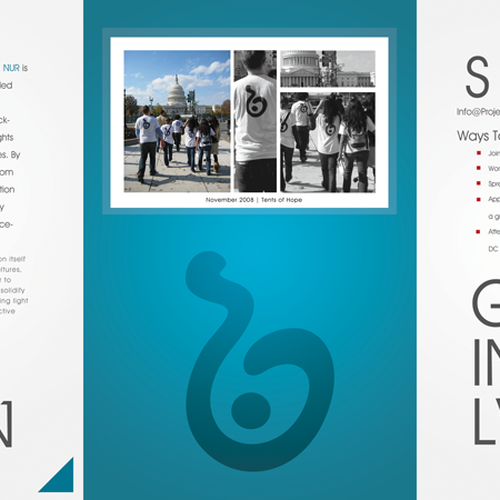 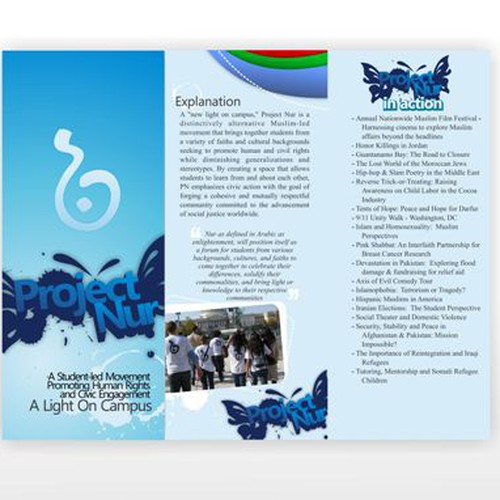 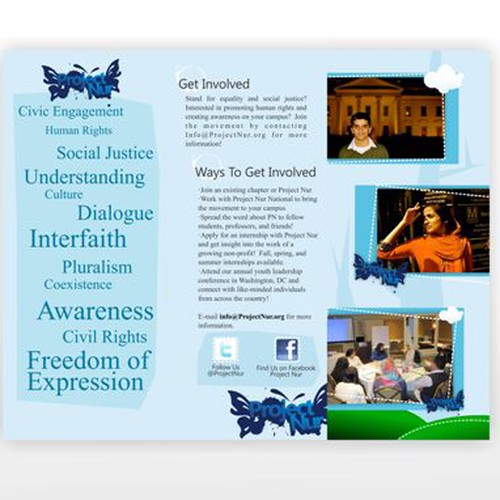 Project Nur (PN) is a student-led initiative of the American Islamic
Congress, created after 9/11 to challenge increasingly negative
perceptions of Muslims. As a non-religious and human rights based
organization, PN seeks to create a civic identity grounded in
pluralism and progressive thinking for interested Muslim and
non-Muslim students. Additionally, we hope to establish a sense of
community for students of all backgrounds, inclusive of those who have
previously felt alienated or uncomfortable voicing themselves. PN’s multicultural and multifaith community is firmly
committed to the advancement of civil rights, promoting social justice
and civic engagement. With the
belief that responsible leadership is the remedy for the pressing
challenges facing the American-Muslim community, PN leaders
promote nonviolence, equality, and free expression.

Past campus events and activities have included
addressing pressing issues and concerns in the Muslim world, hosting
speakers to discuss matters that range from honor killings to the
Iranian election crisis, fundraisers to build and support schools in
Afghanistan, as well as interfaith events.
PN provides students with
an open, accepting space where they can learn about Muslim identity,
confront often controversial issues faced by Muslim communities around
the world, and spread awareness through events, service, and activism.

We want a fresh, young, hip brochure. I cannot stress this enough. We want the brochure to reach out to college students and it must scream vogue and make a difference in the world at the same time. Our current brochure is tri-folded, but I encourage you to think beyond the box and make it look as modern as possible. I have included our logo, our official language needed to be put into the brochure in the document "BrochureIdeas", our current brochure and samples of brochures that I love and would like this brochure to look like. Our organization photos are also listed at http://picasaweb.google.com/1092623…1202152021. Please feel free to use any photo from there for the brochure. One thing that must be there is our logo and the wordings Project Nur, a student-led initiative of the American Islamic Congress.

Group Therapy Network - Rebrand (New Logo)
GBP 239
This is a platform that provides support and information for a range of mental health issues, with a directory, communit
47
entries
15
diseñadores
Design a logo for an online jewelry supply company
US$ 299
We sell plastic jewelry making supplies to small and medium companies, and hobbyists. Products are made from acrylic or
53
entries
19
diseñadores
Logistics Software Flyer
US$ 199
Software for Freight Brokers and Trucking Companies
34
entries
12
designers
Professional Painting Company Logo
US$ 449
We handle interior and exterior painting for homes and businesses. Our specialty is a high quality finish. Target audien
51
entries
21
designers
No Place Like Gnome Project
US$ 299
Arrow is a senior living community management company. We subscribe to a dedicated set of core values - I believe acts o
44
entries
11
designers
Real Estate Investment Firm Logo
US$ 299
Commercial Real Estate Investment
27
entries
18
diseñadores