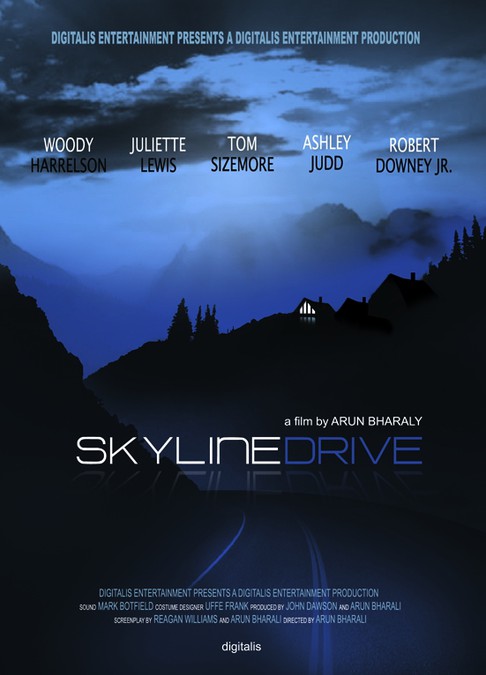 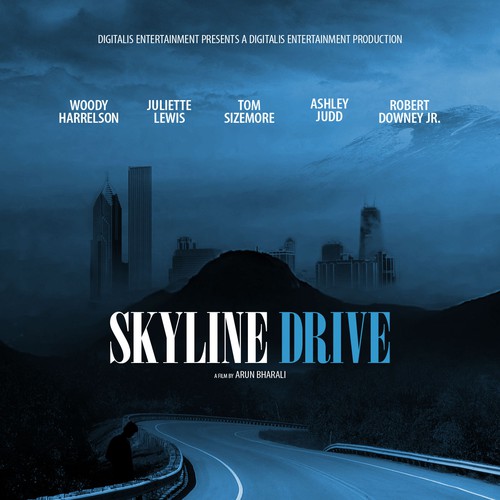 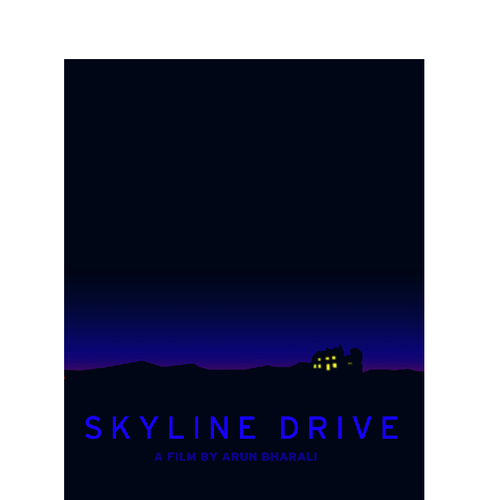 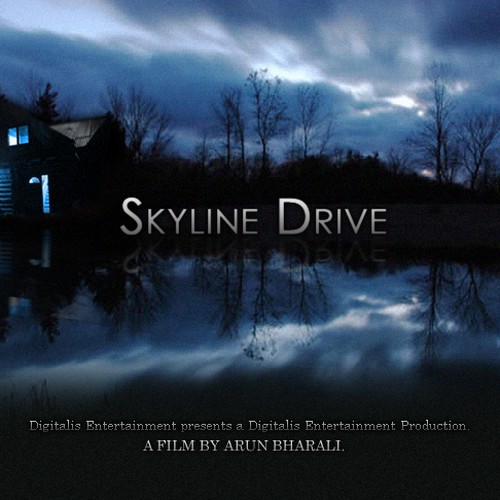 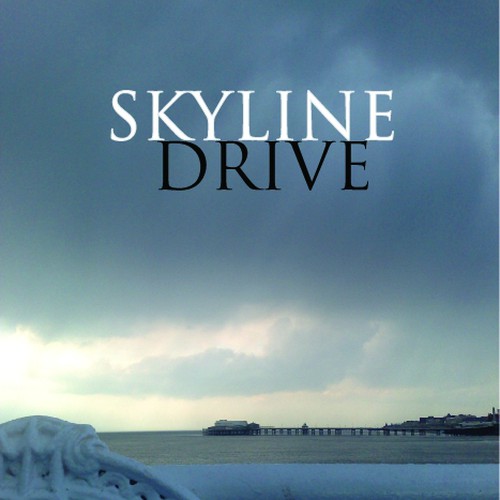 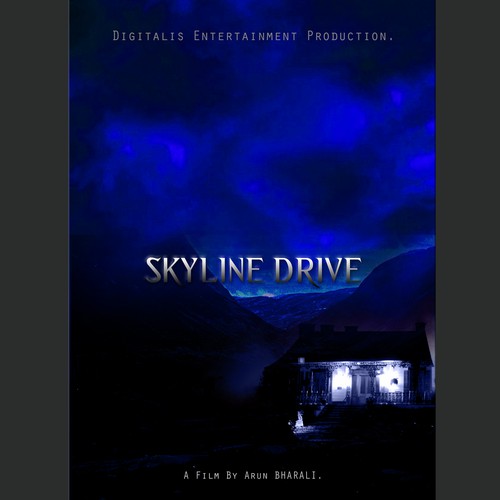 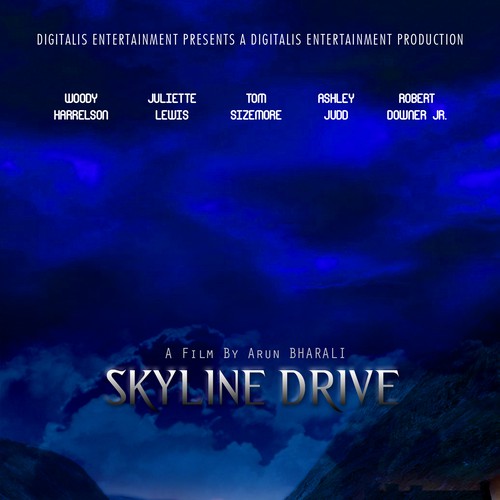 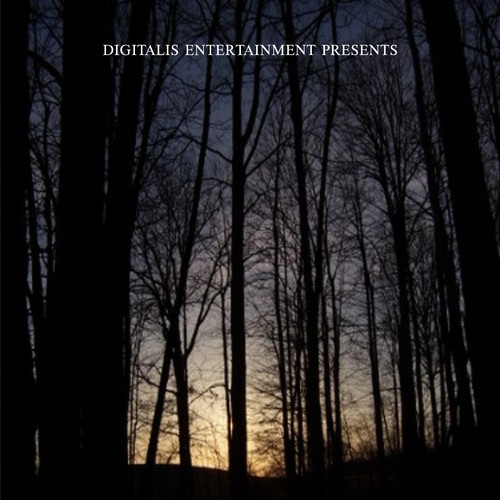 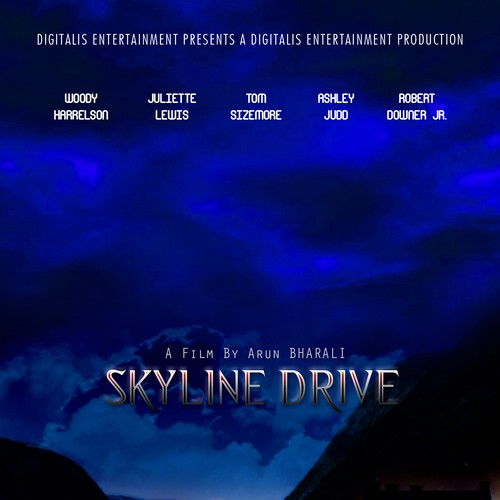 We are looking for an early promotional image for our upcoming feature, Skyline Drive. The film is a puzzle plot thriller, loosely based on Agatha Christie's And Then There Were None, in which nine characters come together at a Virginia mountain lodge and all end up dead.

We are looking for an image we can print on a standard sized postcard for pre-promotion of an upcoming film. If it can be mocked up to look like a film poster that would be great. We don't have a strong preference for landscape or portrait but we would prefer if it could follow the conventions of a standard movie poster (i.e. credits in small type in a block at the bottom - see http://www.a-film.nl/film/poster/00002257NL.jpg for example)

We don't have any confirmed cast attached yet so we can't use faces or
cast names. But you might chose to include some of the following
elements in the composition: a roadsign with the title on it, a
panorama of the Blue Ridge mountains at twilight, a fairly upmarket mountain lodge
complex.

Credits to include at this stage:

We may wish to blow the design up to poster size also so we would like to get the file in a scalable format.

- Limited color scheme
- Font and style choice connoting "classy and interesting independent feature".
- Must convey the impression that the film is a thriller

Comienza ahora
Design a new logo for a social-media-focused business training program
299 US$
We train entrepreneurs on how to launch Facebook Groups that generate high profits. The logo text should be "High Profit
127
entries
49
designers
Luxury Wedding Boutique Design
C$ 399
We are a multifaceted company offering beauty and planning/design services in the wedding and event industry located in
81
entries
19
designers
Make my coronavirus book cover.
199 $
Business owners and entrepreneurs.
122
entries
40
Designer
Who doesn't love Tacos?!
399 $US
Amos Los Tacos is a "rough" translation of "We Love Tacos". It is the name of an UPSCALE Mexican Restaurant.
77
entries
28
designer graphistes
Design the cover of a book about the healing power of God
$399
Christians who are tired of being sick and want to receive the healing power of God.
43
entries
19
diseñadores
Strong Simple Logo to appeal mainly to women
239 £
This is an virtual movement studio for our clients who aren't able to get to the studio because of the Corona Virus. We
62
entries
21
designer
Más información sobre diseño de impreso o envases
Vea como funciona