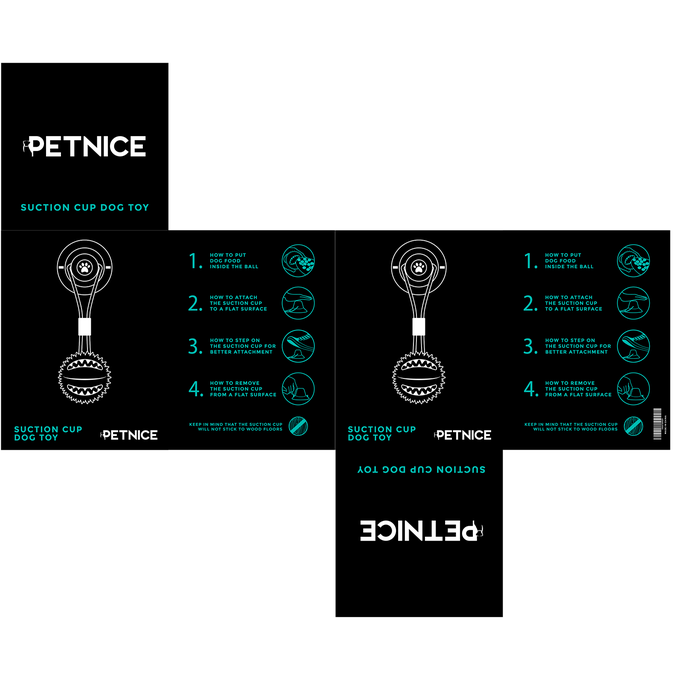 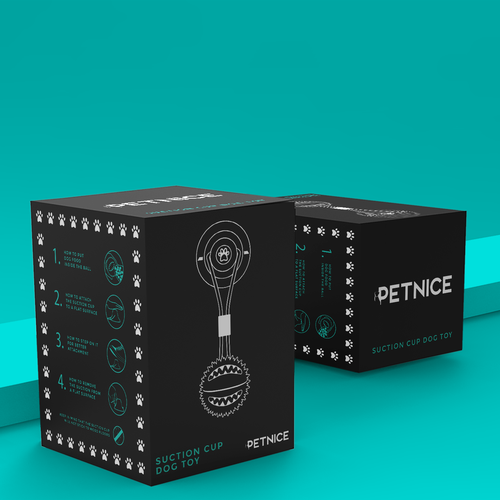 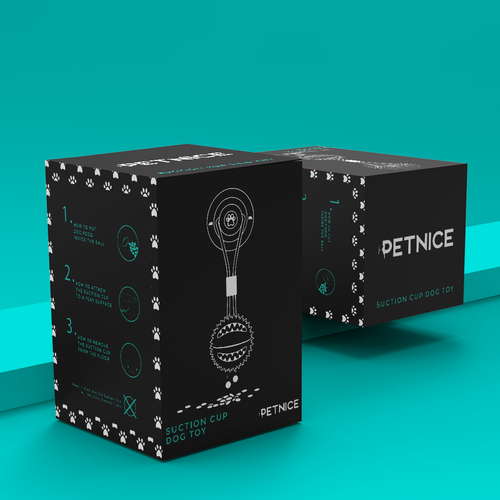 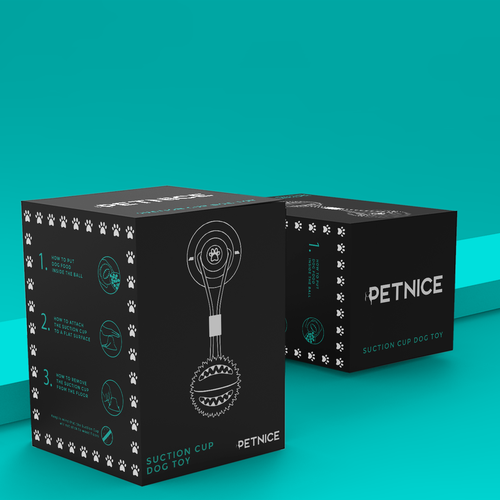 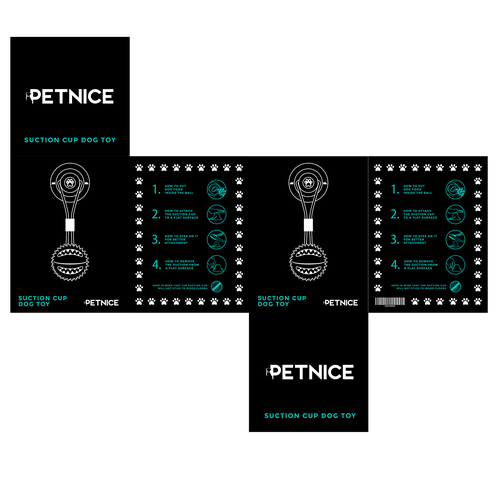 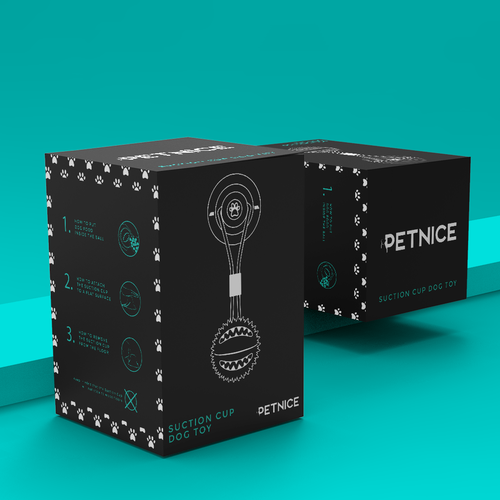 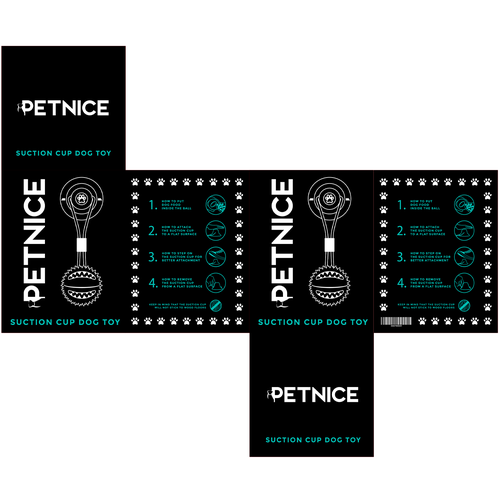 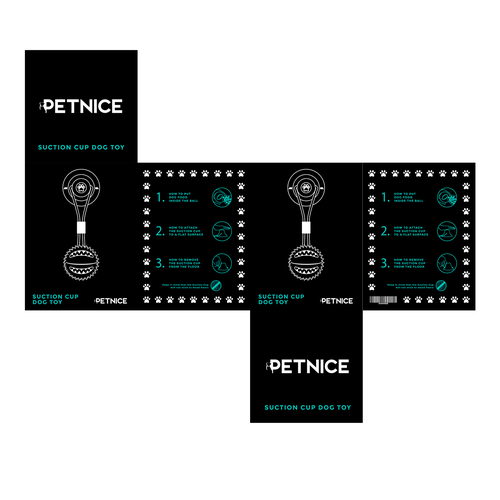 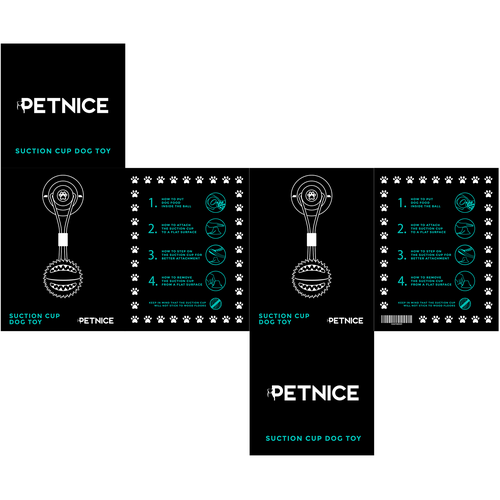 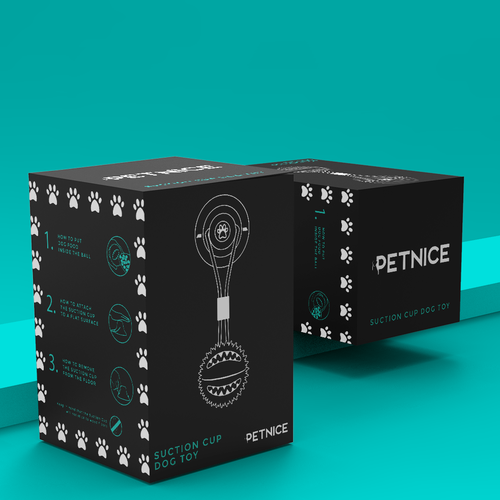 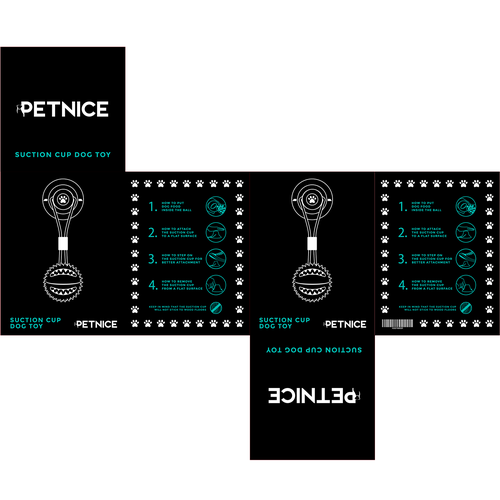 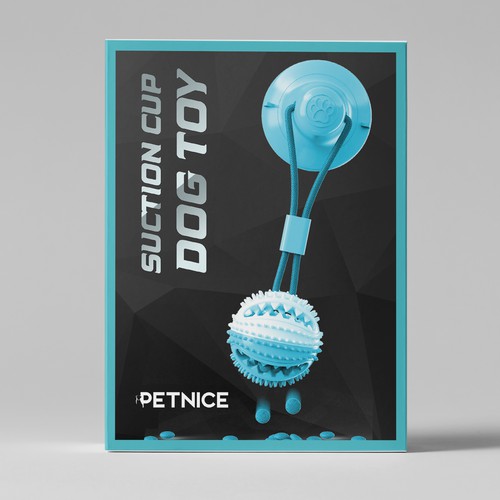 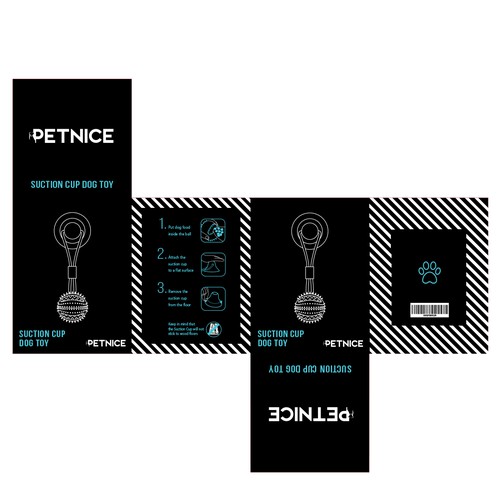 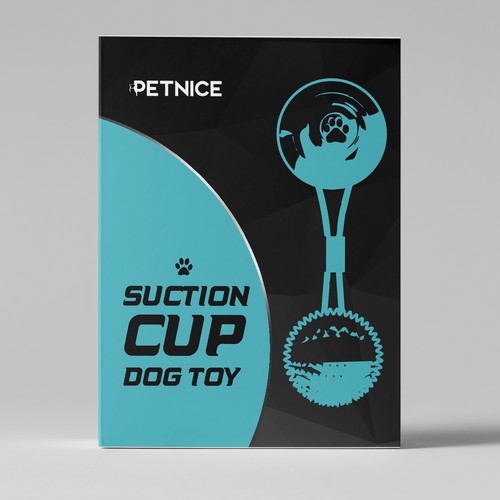 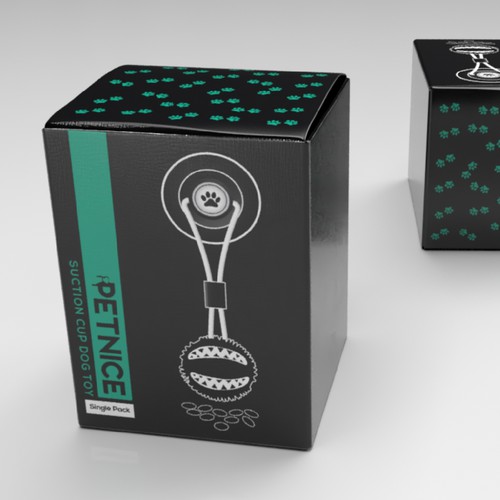 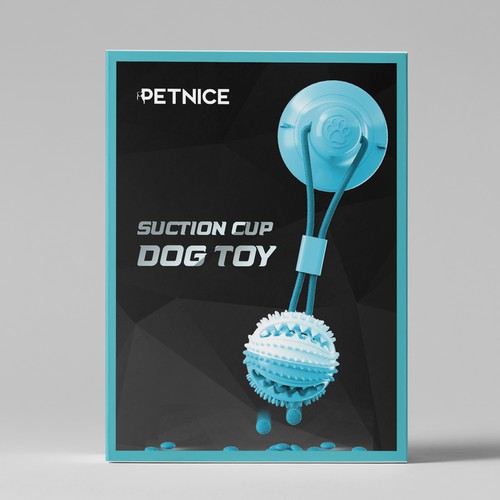 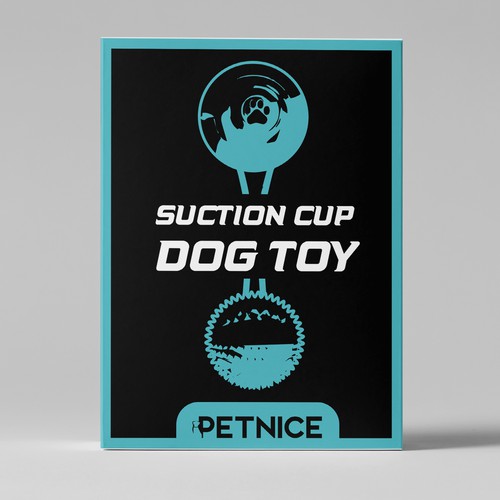 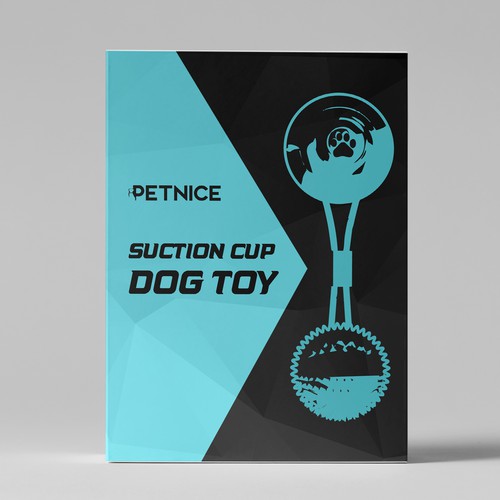 A Suction Cup Dog Toy is a dog toy that your dog can play with whenever it's bored.

You attach the suction cup to the floor and let the dog play with the ball.

You can put dog food inside the ball and challenge the dog to spill them out.

There is a brand online called “Coffee Gator”. I absolutely love their boxes and for my box design I would like you to mimic Coffee Gator’s box designs.

Coffee Gator's designs are really minimalistic and clean, so that's what I like.

I have attached a picture of one of their box designs, the attached file is called “Coffee Gator product box”.

The coffee maker is drawn on the front of Coffee Gator’s packaging.

I would like my product to be drawn on the front of my packaging very similar in style to Coffee Gator’s box.

I would like you to draw a silhouette of a Suction Cup Dog Toy (in white like Coffee Gator) on the front of my packaging.

I have attached a picture of another box that has a Suction Cup Dog Toy on the front of their packaging, so you can see how you should make the drawing of the product on my packaging. The picture is named “Product to be drawn”.

Since my logo is black and the background of the box will be black, you can make the logo plain white, on both places.

Also, I would like it to say “Suction Cup Dog Toy” in the bottom left in all big letters, exactly where it says “POUR-OVER COFFEE MAKER” on Coffee Gator’s box.

And here is the instructions I want you to put on the left side of the box (same side Coffee Gator has their instructions).

2. How to attach the suction cup to a flat surface

3. How to step on it for better attachment

4. How to remove the suction cup from a flat surface

Keep in mind that the Suction Cup will not stick to wood floors.
-----

I want there to be a cross or something else that clearly shows that you can not use it on wood floors.

I want all letters in the instructions to be big including "Keep in mind that the Suction Cup will not stick to wood floors."

I want there to be illustrations of all these 3 steps, exactly like Coffee Gator has done.

I have attached pictures of what I want my illustrations to look like.

I have also attached my Amazon barcode that I want you to put on a suitable place that's not very visible, and don't use the title "Suction Cup Dog Toy - Do...Medium Dogs (10lbs-35lbs) New"

Only have the barcode and the Amazon barcode number.