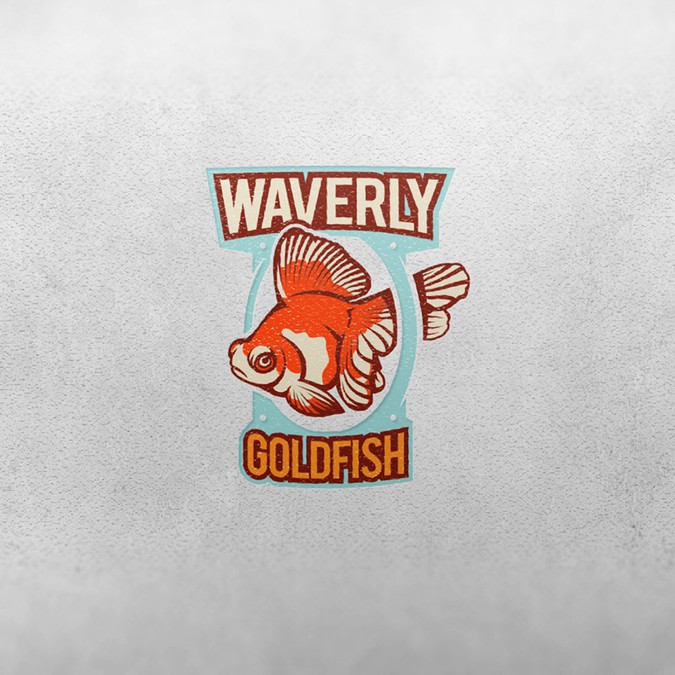 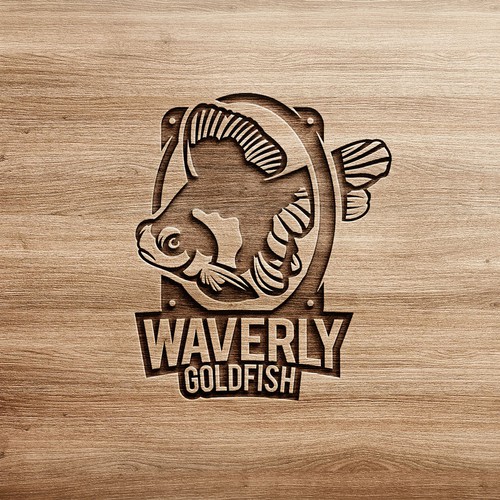 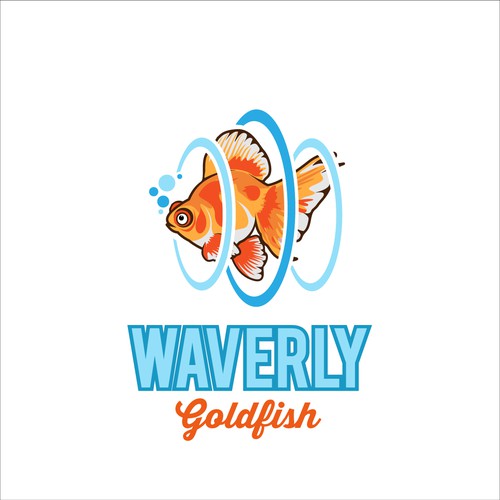 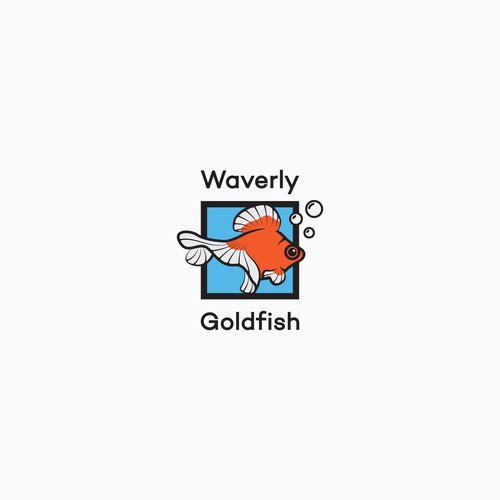 We breed and sell fancy goldfish. As well as creating goldfish related YouTube videos, articles, and podcasts. Our target audience ranges from people who keep one or two pet goldfish to other goldfish breeders. These could be children with their first pet or retirees who have been keeping and breeding goldfish for 50+ years.

In the process of house hunting we always referred to the house that we ultimately ended up purchasing as the "blue door" house. Because right even from the listing images the first thing you're eyes are immediately drawn to is this striking blue front door. We were already keeping goldfish before, but it's from purchasing our own home that our hobby has really been able to take off into a small business. So we've really wanted to tie the idea of our goldfish branding to the house. The neighborhood we live in is called Waverly Point, and so we've named our goldfish company Waverly Goldfish.

For the logo we want to tie in the "blue door" of the house. The rough idea we've had is to have a blue oval representing the blue door with a red and white telescope goldfish across it.

I've attached pictures from our listing that show that blue door. I attached a quick drawing of the general posturing of the goldfish in the logo to help visualize what we're picturing. I've also attached a bunch of reference pictures below of both the pose and look of the fish as well as examples of the type of fish we want. The fish in the image with the pink circle are our own fish and the one circled is very close to the posture and coloration we're envisioning but with it's face tilted a little more towards the viewer.

My partner describes her vision of the logo as “Stylized with details but not too many, feminine and friendly. A whimsical illustrated feel.”

Another quick note worth mentioning is the fact that in goldfish the term "red" really refers to a deep orange as opposed to actual red.

Professional logo for animal chiropractic
£279
We are a new business specialising in the chiropractic treatment of horses and dogs in Ireland and internationally....
80
entries
20
designers
'Home My Pet' start up needs a catchy, modern and friendly logo
£909
Home My Pet is a unique web based pet solutions company connecting pet owners to verified pet borrowers offering a co...
185
entries
41
designers
Desert themed logo for small animal mobile vet
$399
We are a full service mobile veterinary service for dogs and cats only. We are targeting owners who want to have the...
100
entries
16
designers
Fun pet treat brand needs a logo
USD 699
Brand Name: Trash 2 Treasure Company Size: 2 (Alex and James) Company Tenure: 2 months, we have the formula...
88
entries
22
designers
Design incorporating horses and dogs
£ 309
Tuckmill is our prefix. We breed and show horses and we breed and groom dogs....
126
entries
25
designer
I want the name "Colin's Pet Foods" tobe a worldclass brand. I want thename "Colin's" to be a symbol
USD 699
My company will provide pet food for families across America. All the way from bird seed to dog food.
255
entries
52
designers