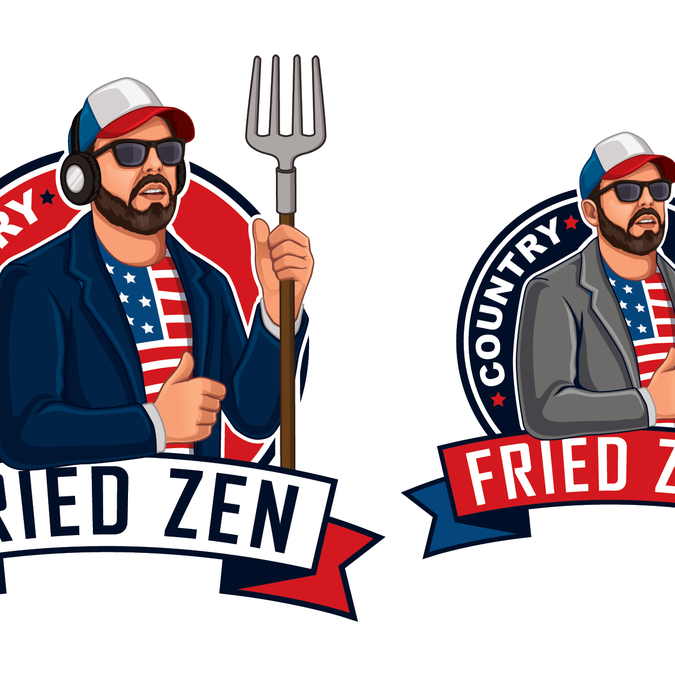 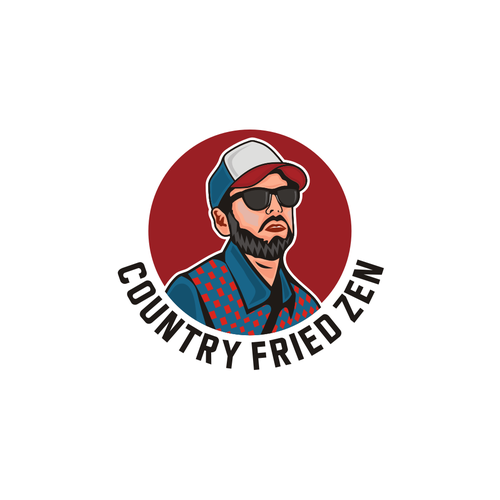 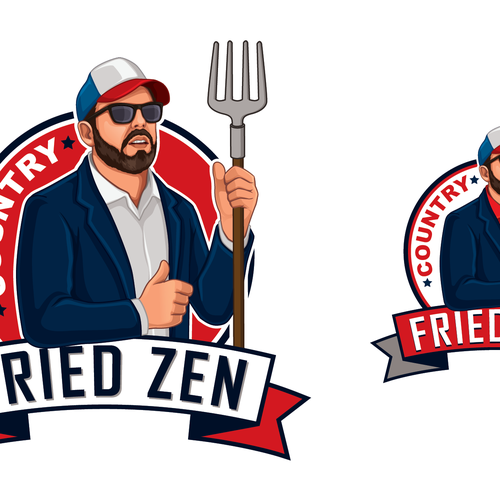 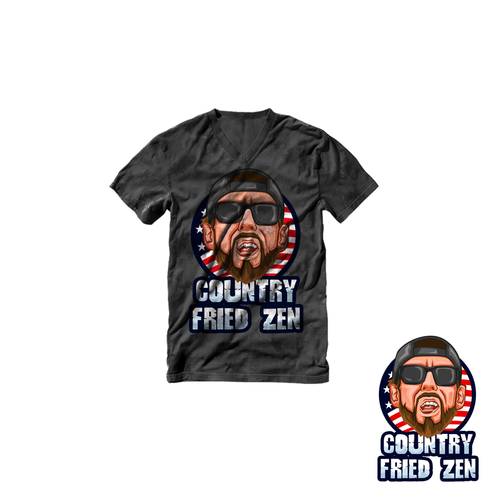 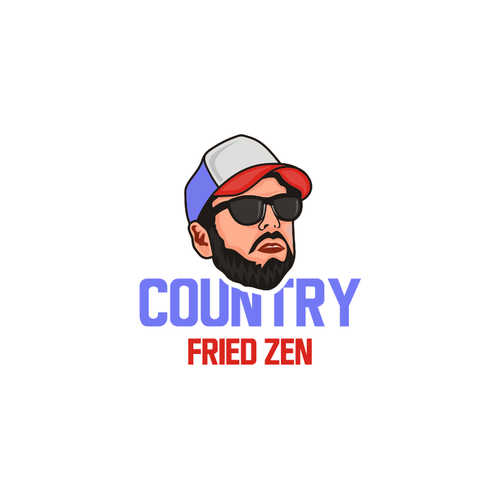 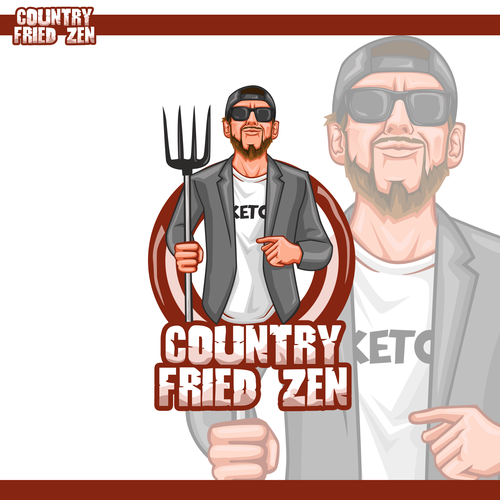 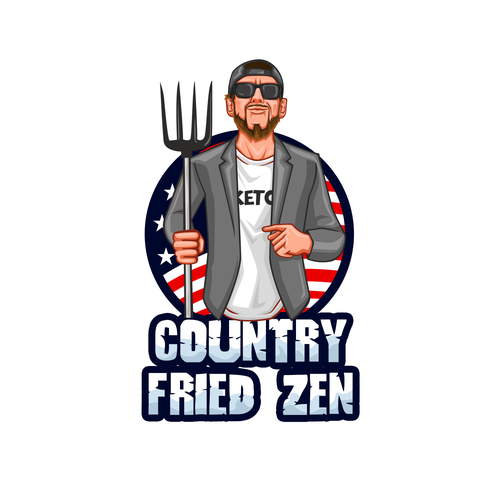 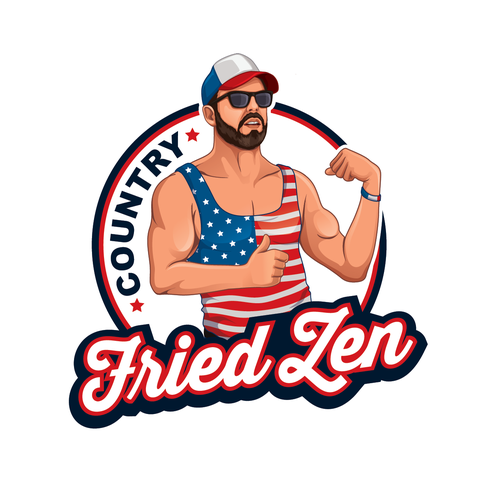 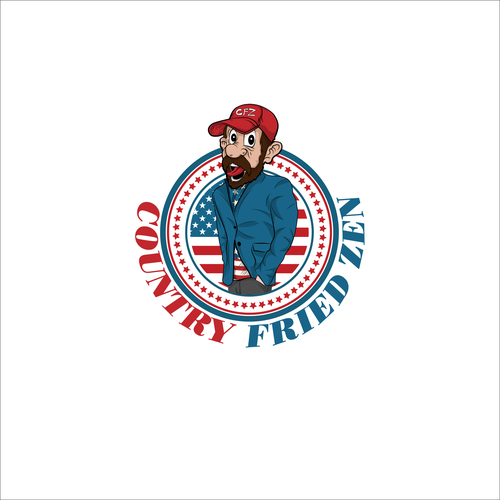 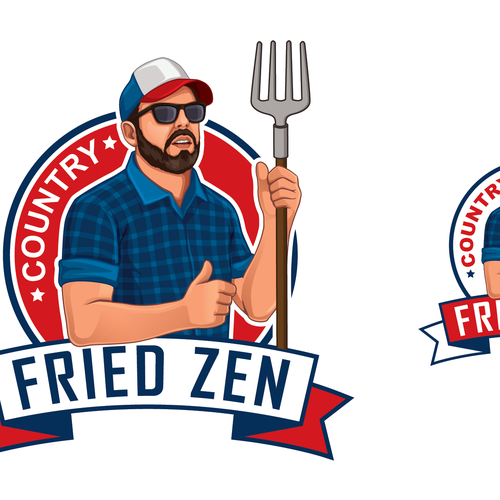 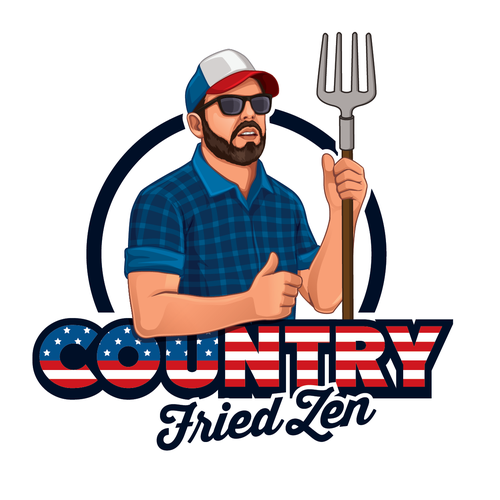 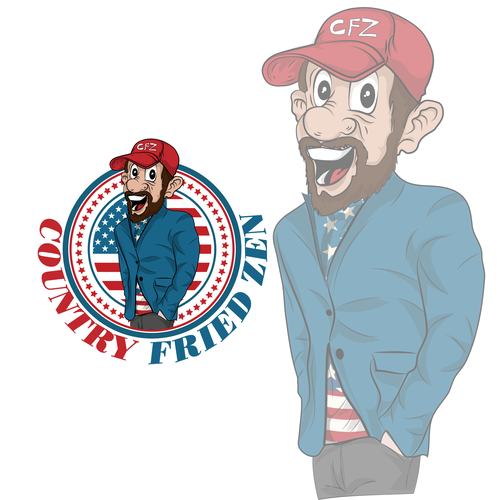 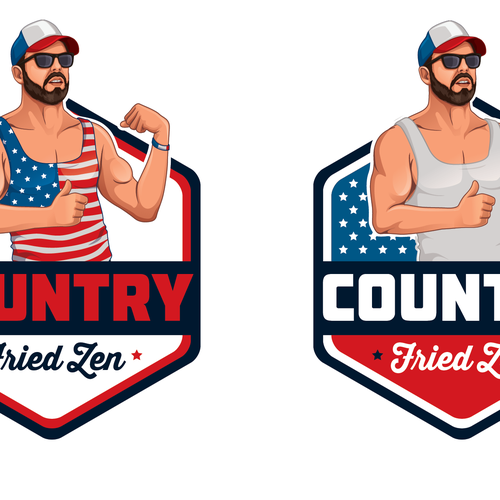 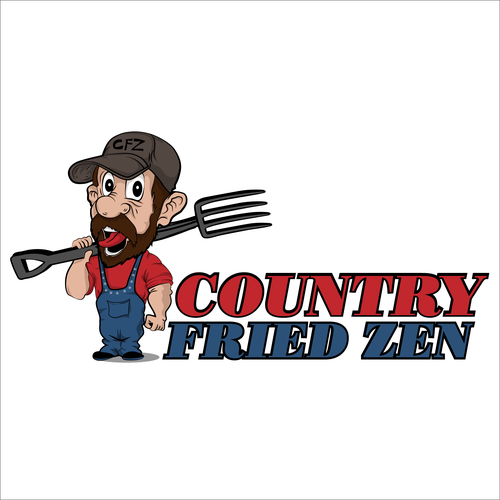 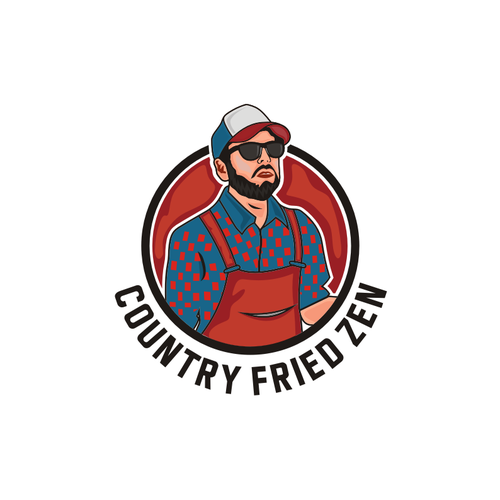 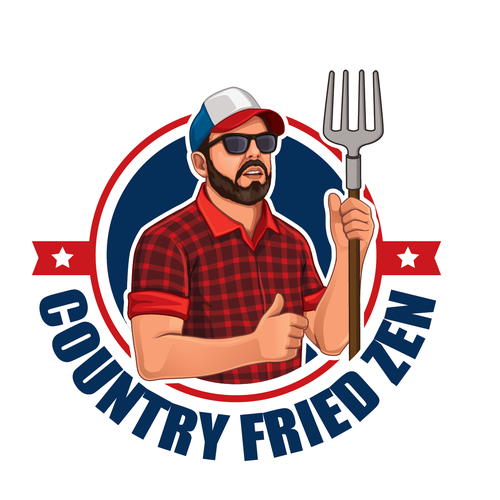 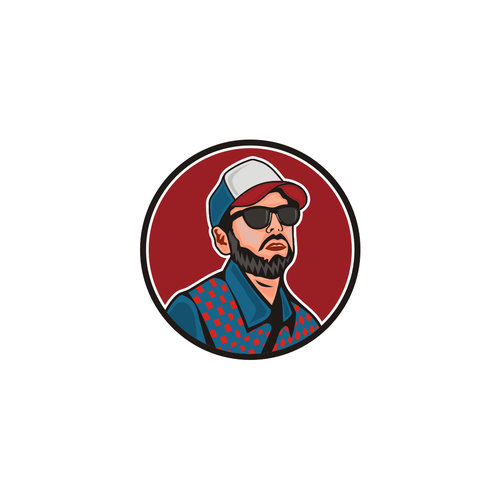 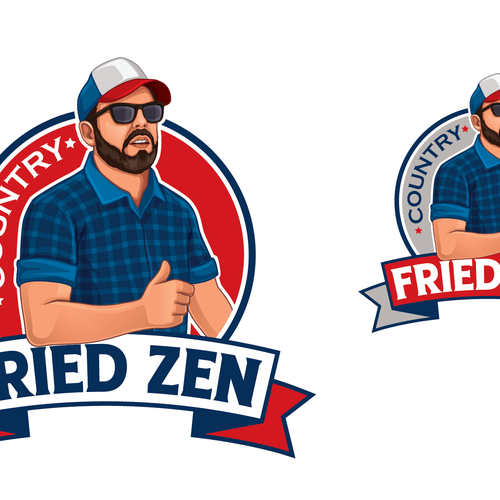 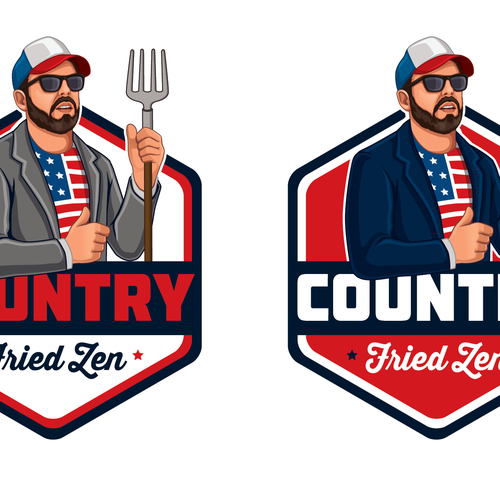 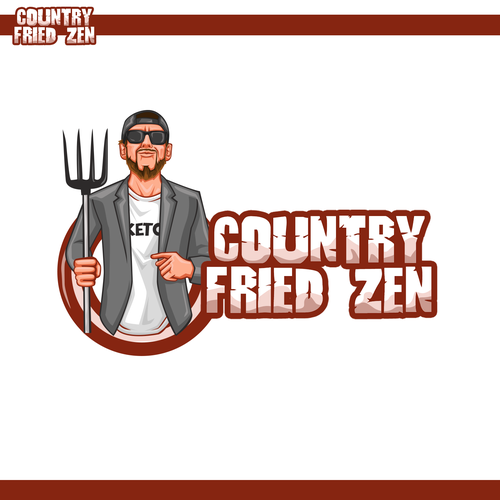 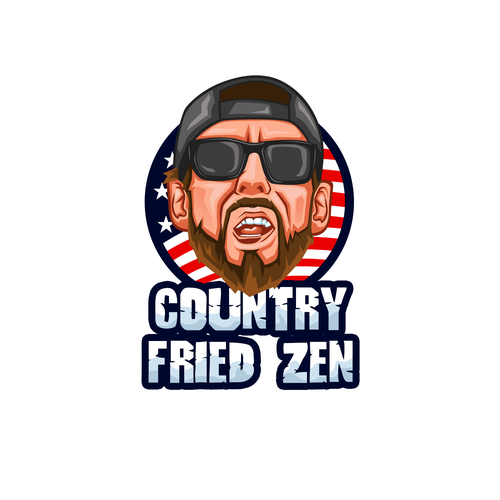 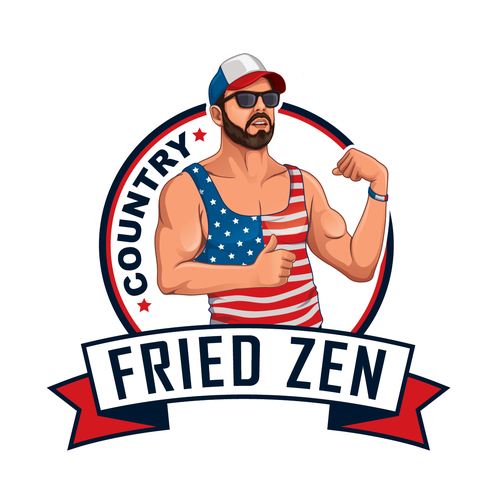 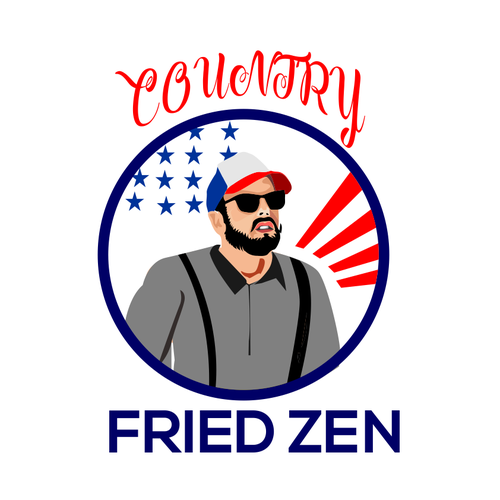 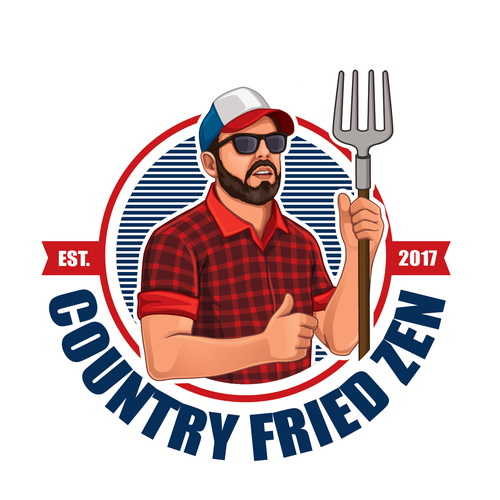 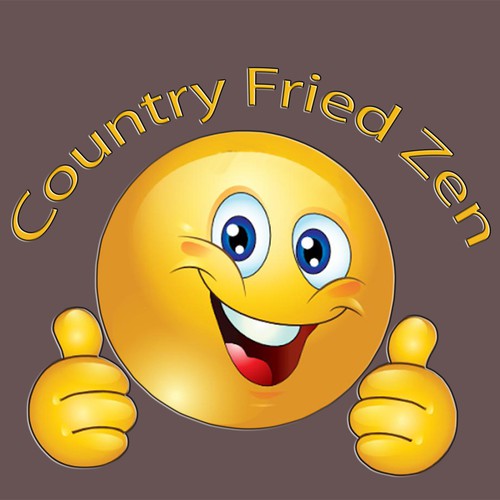 It's Monday morning. I'll better update this in a minute. Apologies for the first one being unclear but I'm mainly looking for someone just to draw me with robbins and larry the cable guy. It'll be my logo and will go on a tshirt eventually. think of how the guys at baseball stadiums draw you as a cartoon in 20 minutes. . . .that's what i'm looking for.

Hello, I'm Country Fried Zen -- and I'm the long lost love child of Tony Robbins and Larry the Cable Guy. I'm into personal development, motivation, NLP, psychology, et. al, and have a burning desire to help folks discover the awesome gift I believe everyone has inside of them. To ditch the negative thoughts and thinking patterns and find true happiness like I have over the past year and a half. That's the Tony Robbins part. However, I'm also a good ole South Georgia country boy, with a deep southern accent unlike one you've probably ever heard. After college I left for the big city of D.C., worked my way to the top of the political world, holding senior positions on three presidential campaigns by the time I was 30 (2008, 2012, 2016), and then was leading a marketing/political team at one of the bigger digital firms (I won't say which one) when I randomly put in a two weeks notice and moved back home to the farm to live in a family-owned house right in between by parents where i grew up and my aunt and uncles. I pay my aunt for the rent just like a non-family member would. I took a big risk moving back but was miserable from the negativity of politics so I moved and started my own business. The past year and a half has been the greatest of my life. I'm making more money than ever, I see my family (my brother and his wife and kids live near), I help my parents and I've studied nothing but jim rohm and ziglar and every last one of those guys for hours for over a year and a half. literally.
I also started the ketogenic diet and dropped 65 lbs and got washboard abs. Anyways, that's all the Larry the Cable Guy side.
The crazy funny country dude who is funny -- but serious when it's time to be. I created a page called Country Fried Zen and that's my character and I've been making crazy videos motivating folks and am now starting to do a lot of keto diet things and am calling it Country Fried Keto. That's the next project after this one! But mainly I just have fun and laugh and encourage people. I'd like a logo for the character. I'm thinking if you can draw it, it'd be neat to have a cartoon of tony robbins and larry the cable guy holding a baby like a couple would in their first photos. but the baby would have a large head which would be a cartoon drawing of me -- country fried zen, the long lost love child of Robbins and Larry the Cable Guy. Maybe me in overalls or something that hints at being country and southern and what not. Sorry I know that's a lot but I like to try to give artists and designers much more than they need out of respect for the talent. I hated at the agency I worked at when everyone treated the graphic artist like shit -- like he just didn't matter. They'd forget to tell him projects until last minute, then demand he meet the deadline. They wouldn't respect his opinion as an artist, and by respect I'm a marketer so I mean if he had a valid test he wanted to run due to difference of opinion -- I let him run it. So respect to you designers! please let me know if you need more details.

Please don't hesitate to ask for more. I'm even willing to call you or chat at your convenience in the format you prefer. Also, here's an instagram video I made about Country Fried. It'll show you my personality and what I'm thinking. https://www.instagram.com/p/BWeD63r…ryfriedzen

a patriotic logo for an insurance agency
399 $
Insurance sales (auto, home, business, life and medicare supplements)
64
entries
13
Designer
Logo Contest!
$399
We find amazing people that want to work from home and place them with awesome employers that want remote employees.
114
entries
22
diseñadores
Creative Logo Design For An Entrepreneur Support Company
399 $
We provide Entrepreneurs access to our resources, tools and mindset through our proven step by step guided path to succe
22
entries
10
Designer
Design an elegant logo for a Life Coaching business based in the Philly Area
399 US$
BUSINESS CONSULTING & SUCCESS & LIFE COACHING Legacy Coaching offers business consulting and success coaching. Legacy
166
entries
30
designers
Outstanding logo design wanted for online profits making resource hub (eSuccesshub)
539 AUD
The company/website is mainly about affiliate marketing, web reno for profits strategies, digital marketing to increase
176
entries
30
diseñadores
"Thrive" Workshops to appeal to people who want a great life.
529 CA$
We provide workshops to help leaders get better at bringing out the best in others, and we provide workshops to individu
83
entries
21
designers