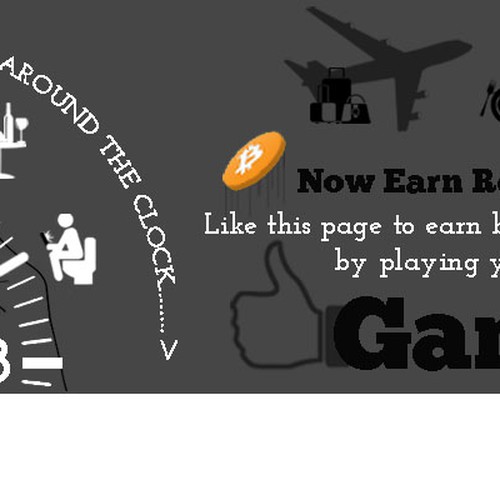 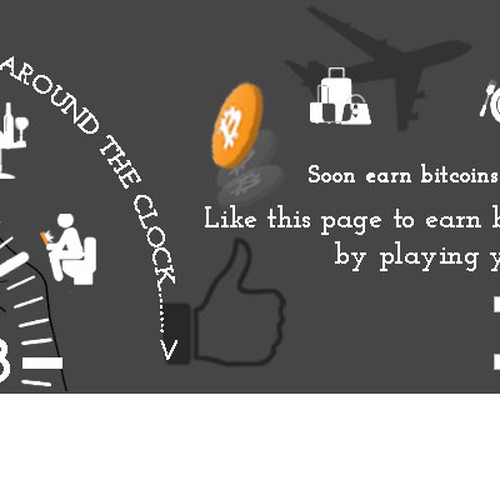 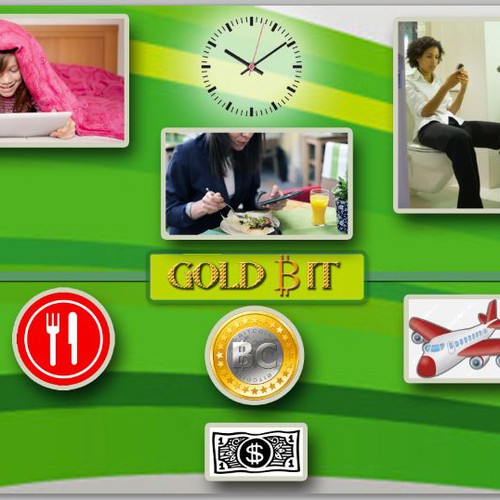 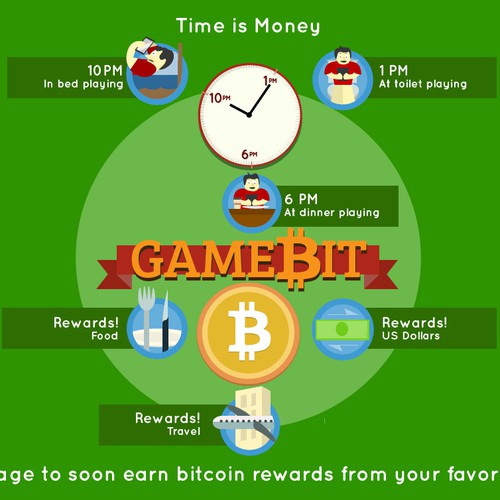 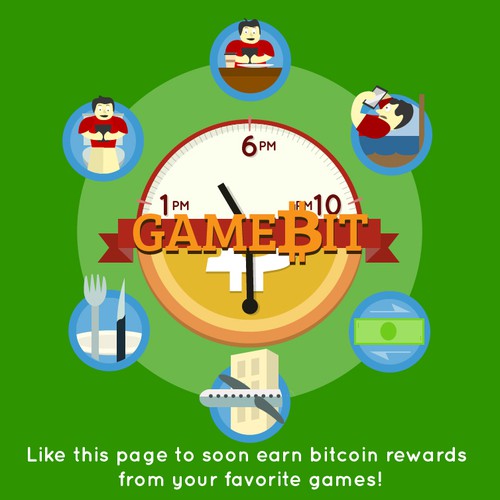 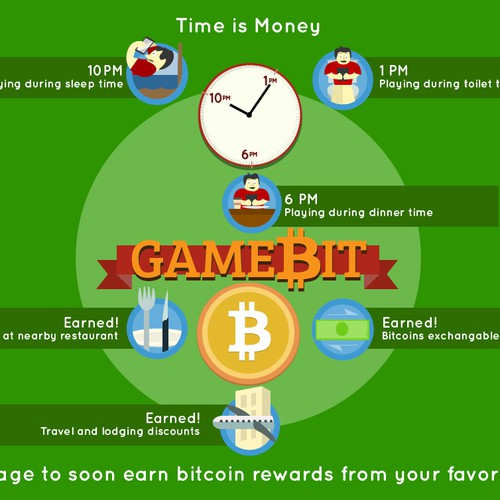 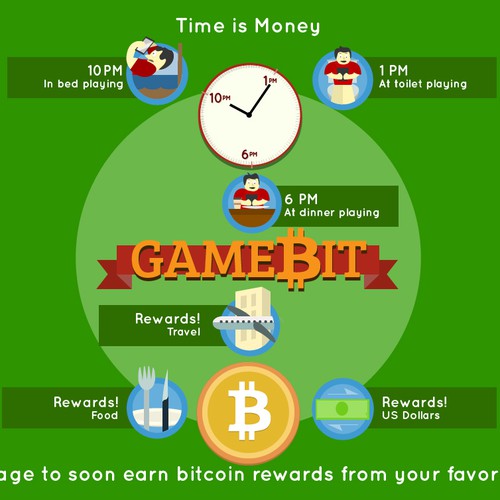 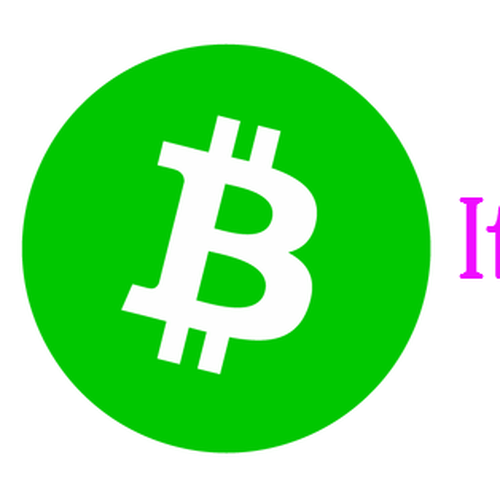 A flat design that is simplistic to send a message across to the gamer audience via an infographic.

The name of the product is Game Bit with the "B" as the same symbol as the Bitcoin logo.

The cover photo will be an infographic targeting mobile gamers and so should appeal to a broad audience; specifically candy crush fans (older females) that spend money on in-app purchases.

The top half will display a large clock with just the hour hand.

As the hand lands on different times there will be a picture (outside the clocks perimeter) of a gamer playing on his phone in a different setting:

1PM: On the toilet playing

6PM: At the dinner table playing

In the middle will be the logo “GameBit” with the B as the bitcoin logo (http://www.bitcoin.org)

The bottom half will be a Bitcoin as large as the clock in the upper half, and it will have the hour hand to represent earning through loyalty to the game. Then on the same locations as the pictures above instead will be:

A fork, plate and knife to represent food;

Airplane and hotel to represent travel; and,

A dollar bill to represent exchanging to US dollars.

A tagline should be at the bottom:

“Like this page to soon earn bitcoin rewards from your favorite games!”

Game Bit cannot be targeting children, so avoid that market in theme.