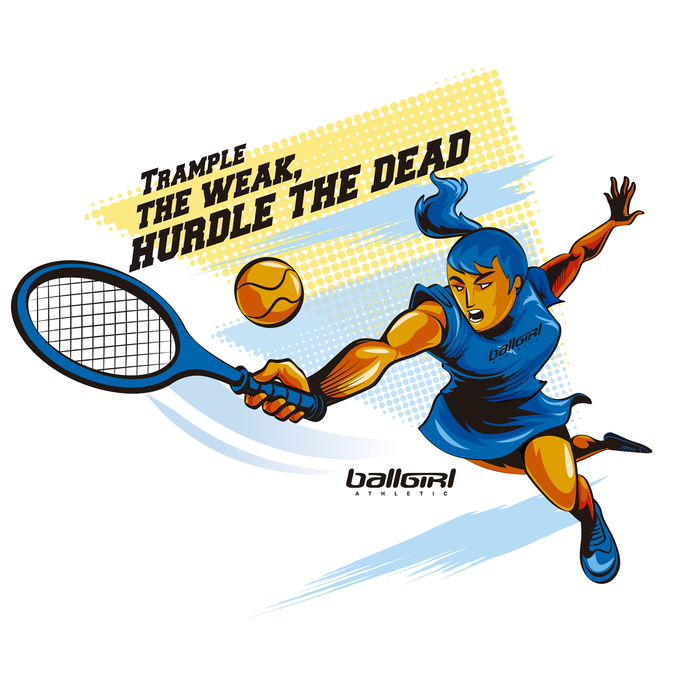 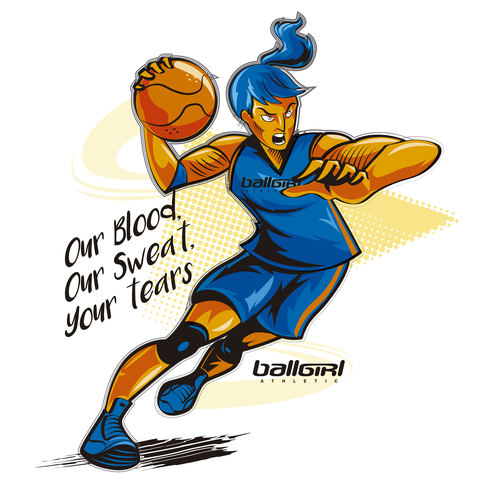 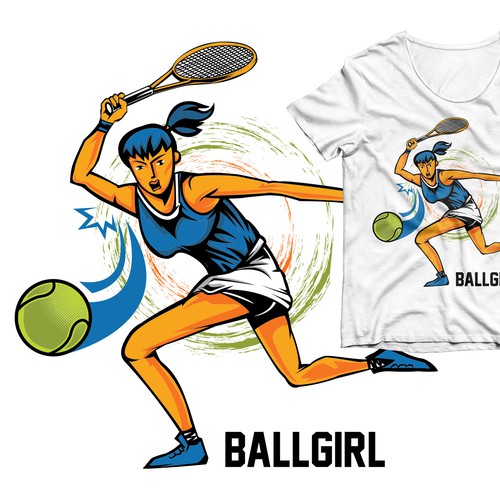 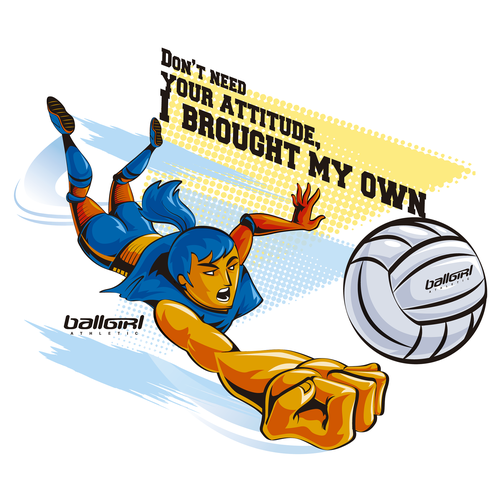 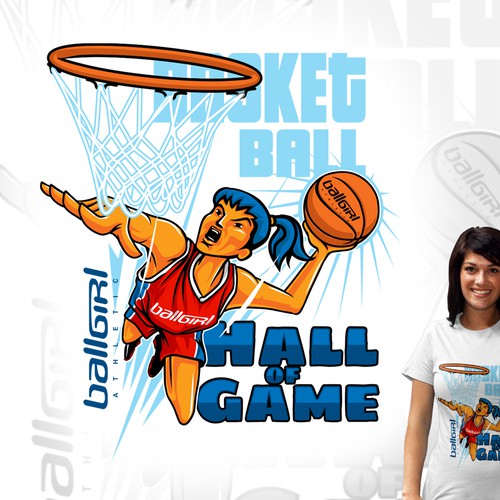 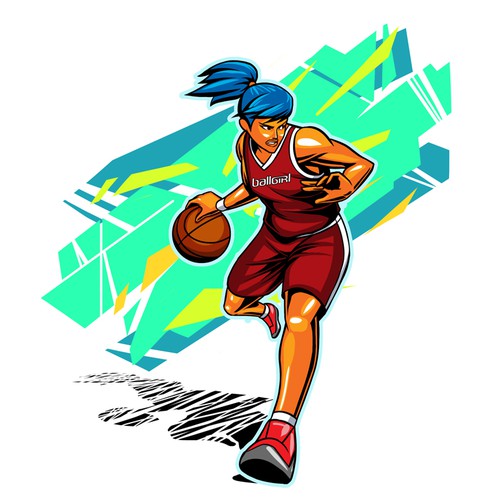 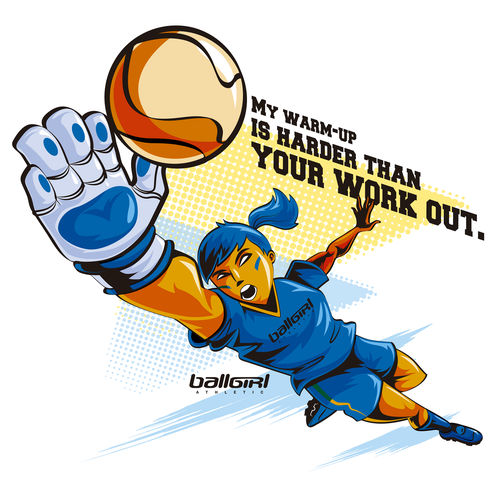 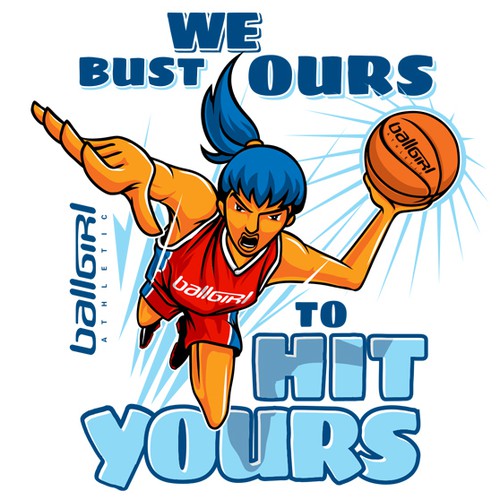 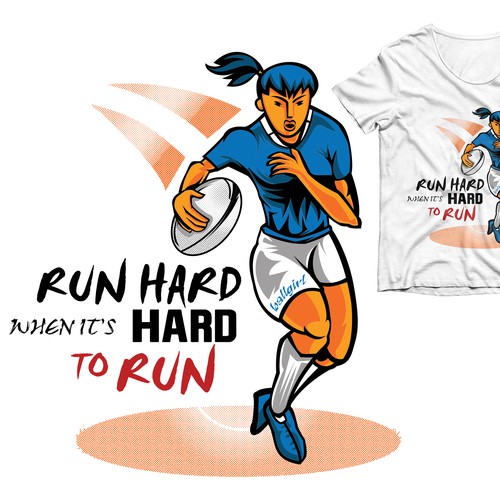 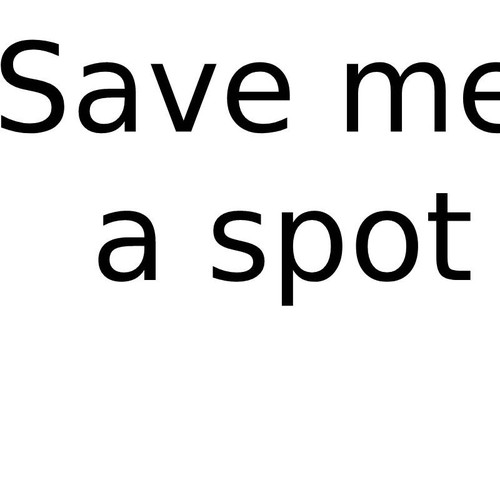 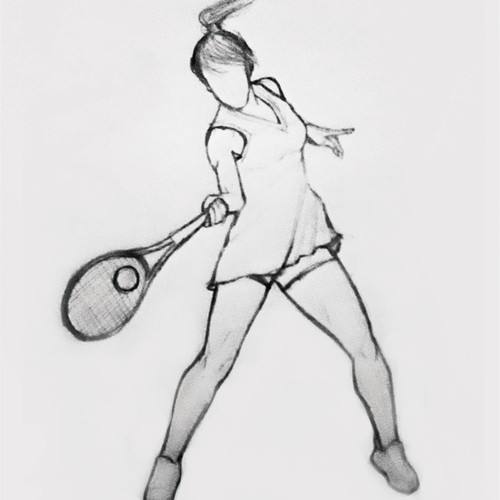 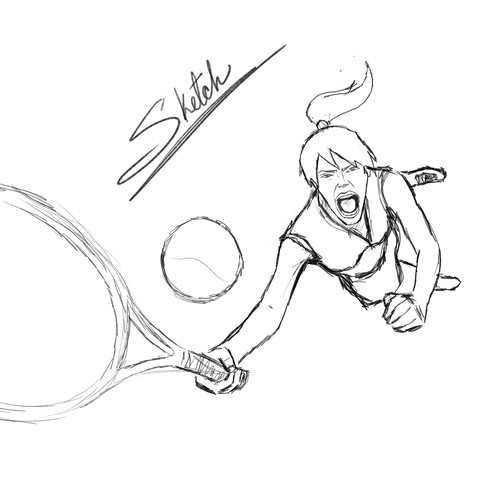 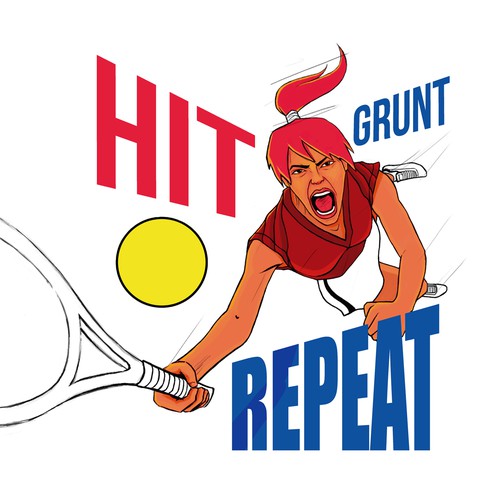 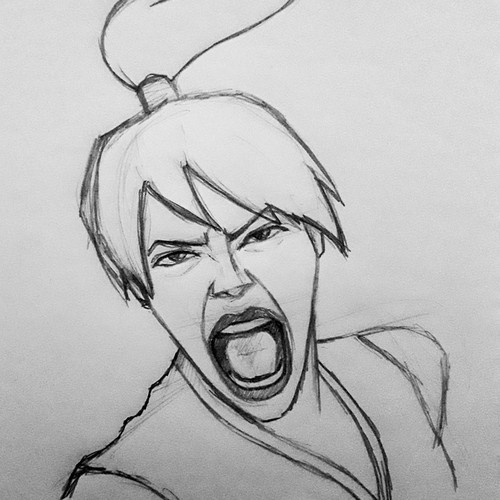 For the 25th anniversary of our company BallGirl, we are looking to create t-shirts with an updated version of the BallGirl herself. I have included some of the old images for reference. Feel free to be inspired by those images but not constrained by them. They were an edgy representation of women's inner competitive spirit and we are looking to capture that edge again. Also included are real photos of female athletes that capture the passion and intensity our brand conveys through the BallGirl character.

For this special anniversary launch, we want to update the BallGirl, but we must retain the overall 'feeling' of the brand. Here are some things we like and dislike about the reference characters:

We like the focus on action. The first logo (Original Face 1995) is the best example of the movement we want to show. .

The physique of the "Revised Face (1997-2000) is a nice update. She is clearly female and athletic, but not distractingly muscular. She is not overly "curvy," and we want to keep her that way.
The volleyball player is an example of a too muscular figure we want to move away from.

The "Revised Face" also exemplifies the coloring shadowing technique weappreciated; tonal highlights and shadows rather than harsh black outlines. We like the vibrant, highly saturated colors of the updated logos (1997 on.)
We want to give her an expressive face, similar to what is found in the "sliding to home" image. We want to capture the focus and grit displayed by highly competitive athletes.

The ponytail is a signature icon of the BallGirl brand, and as such we want to move it into the updated logo. It is a no-nonsense hairstyle that is widespread in sports, but happy to update it to reflect today's competitors

We are flexible on colors but believe in the mantra bold colors, bold spirit. Since the images will be replicated on lots of items the black outline helps cover slight registration deviation and helps us in production.

The BallGirl must be present on the shirt and should be the focus. (We shay shirt but will use the design on a number of branded products and printed materials.) We are open to background elements, but they should not distract from the central character. As you can see from vintage examples we often include "competitive text" alongside the image and really appreciate designs that allow for a trash-talking element.