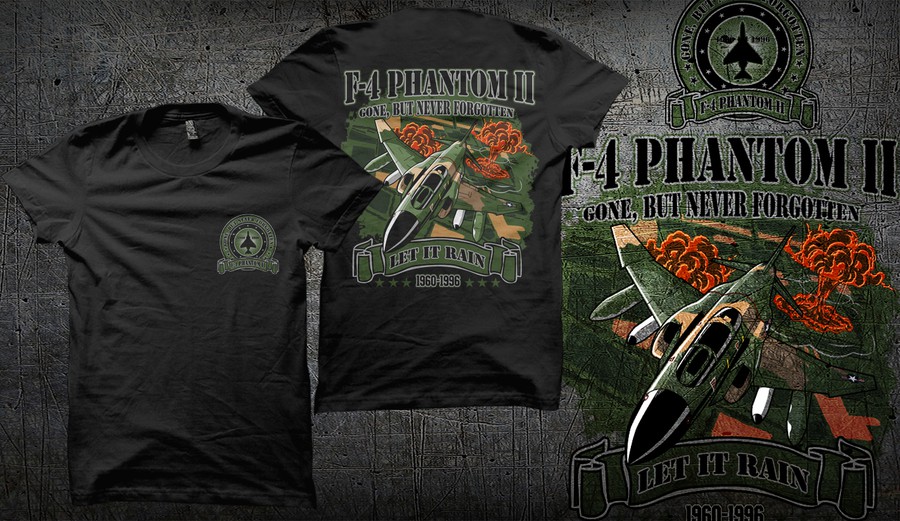 [BLIND] Create an AWESOME T for the best USAF fighter/bomber during the Vietnam War! 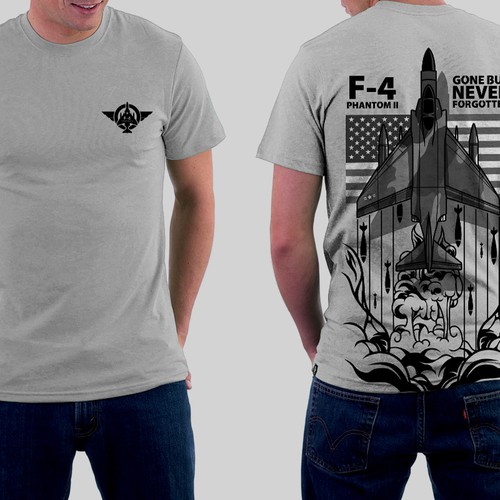 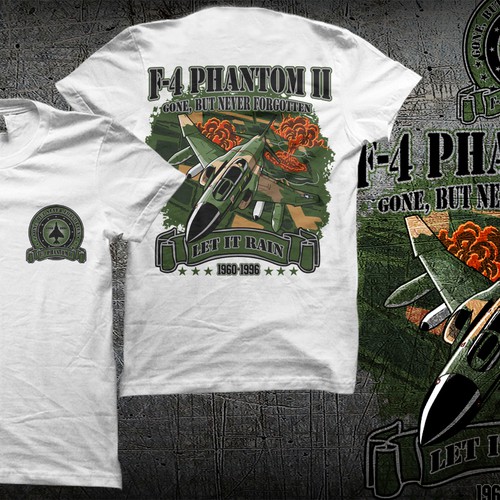 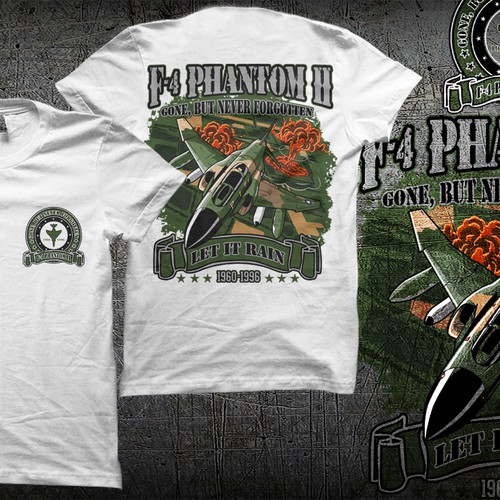 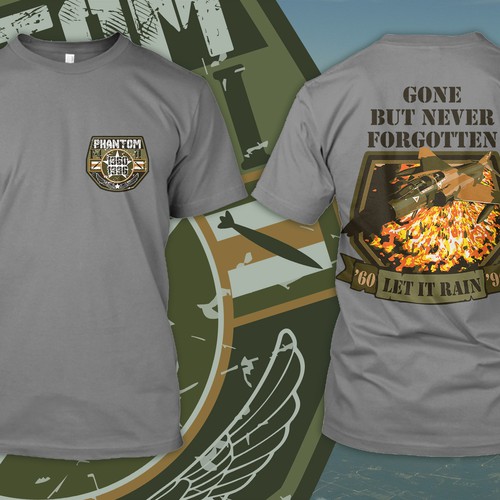 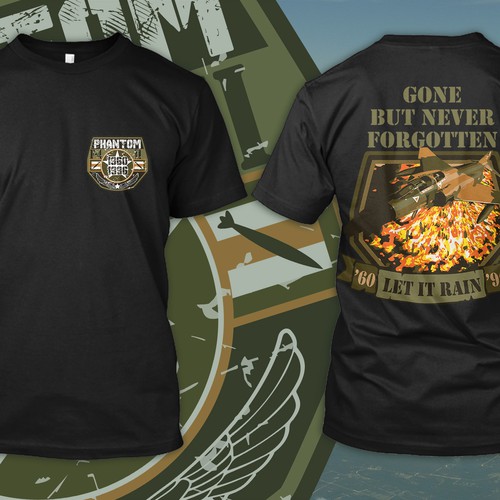 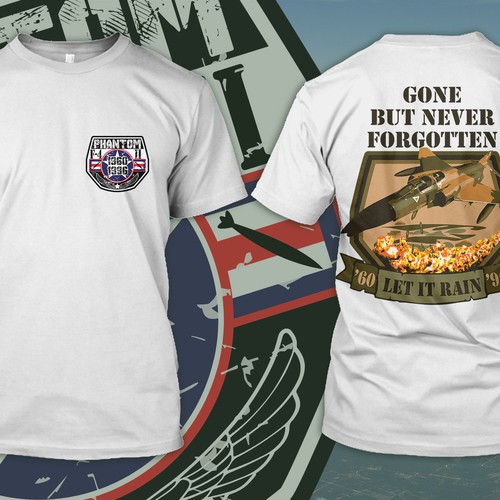 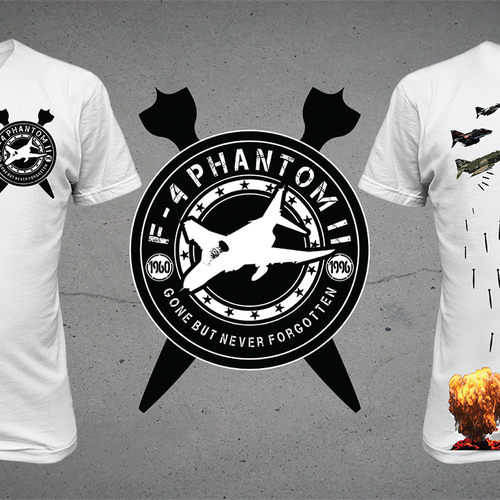 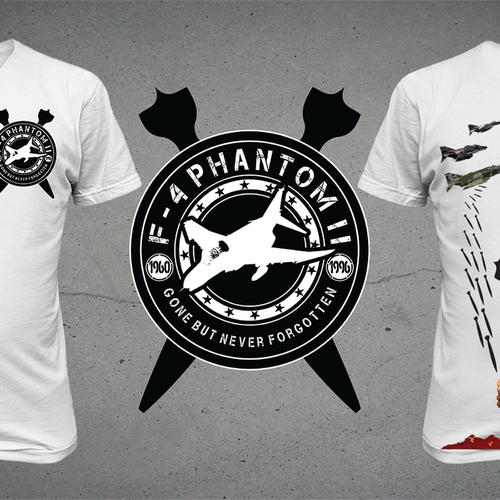 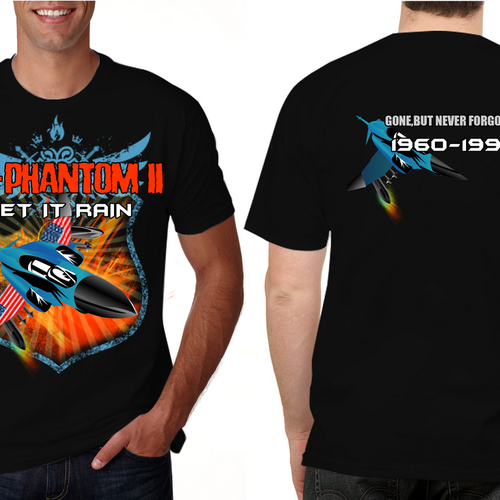 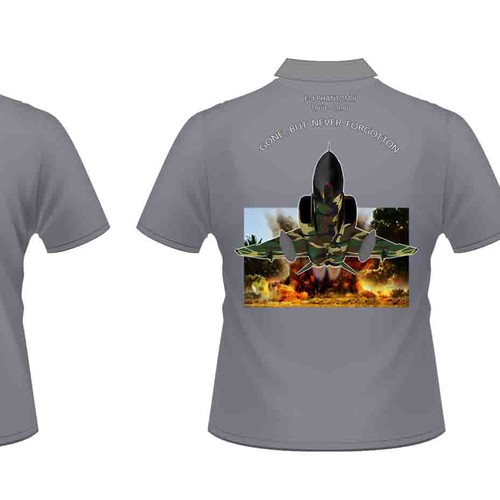 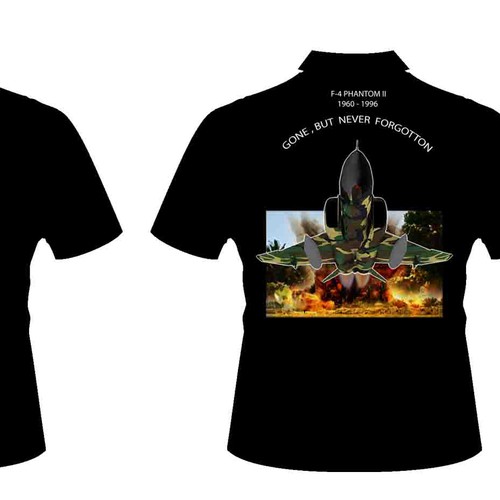 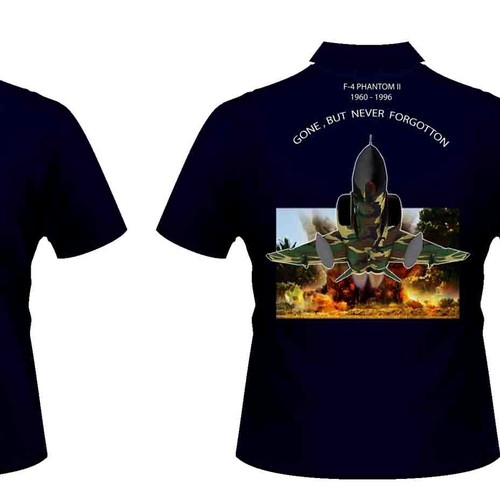 The F-4 phantom II is most famous for its role in Vietnam, it was the leading Fighter/Bomber used by United states air force (navy and marines also). but for this design we will use the USAF camouflage F-4.

I would like the design to show the aircraft dropping bombs or dropped bombs with explosion below/behind aircraft. Check photos for inspiration.

The T-shirt should appeal to ex pilots of this aircraft and also those that worked on it and the troops on the ground who would been so relieved to see this aircraft drop its bombs and silence the enemy.

Links:
http://www.youtube.com/watch?v=9G_my43iBys (5min video for some inspiration) Notice within first minute the F-4 II bomber drops 2 Napalm bombs (you can tell they are Napalm by the way they are round and spin out of control). I like the look of these and may look pretty cool to include. Napalm creates a big fireball (not massive blast). Also if you choose I like the look of normal bombs, they create a big explosion and shock wave and you can use any which ever you feel is best.
http://en.wikipedia.org/wiki/McDonn…Phantom_II

Please watch the video above and check the pics below for inspiration.

If you love aircraft military, please keep an eye out I'm going to run lots of contests like this.

You can use the below text: You can use some for front some for back ect... Message me for any questions, I'll leave where to place text up to you maybe after I see some designs I can more ideas myself.

Let it rain (and you can show bombs dropping)

The dates of aircraft first service to retire is:
1960-1996
So you can use these dates somewhere too