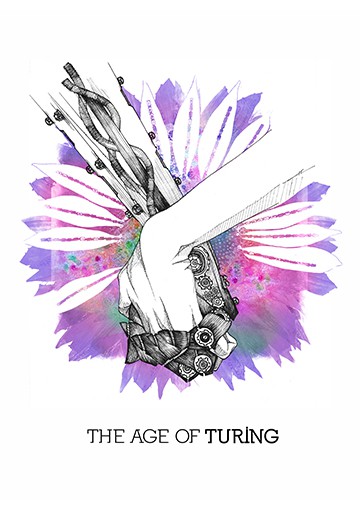 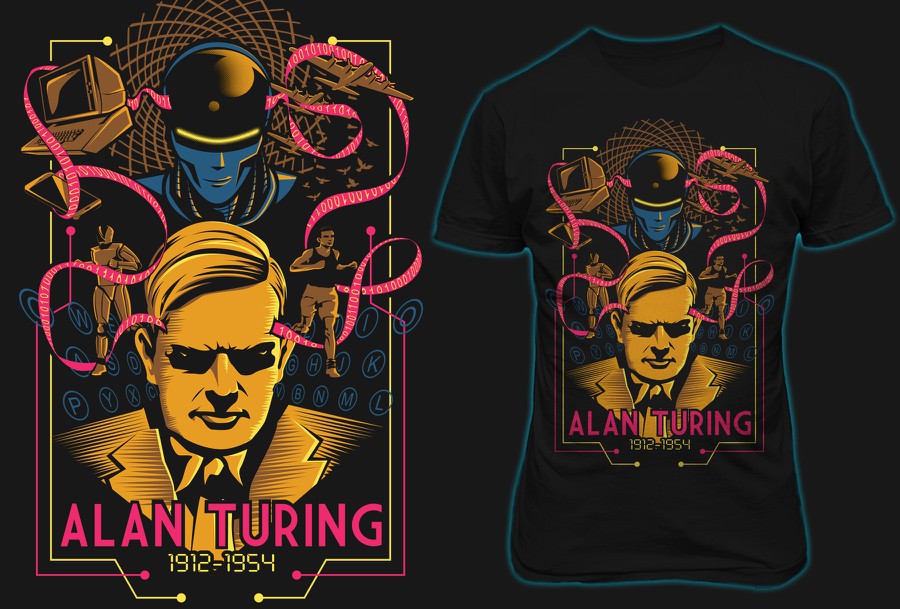 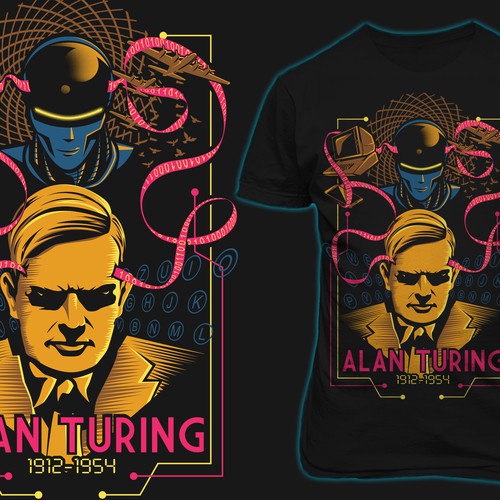 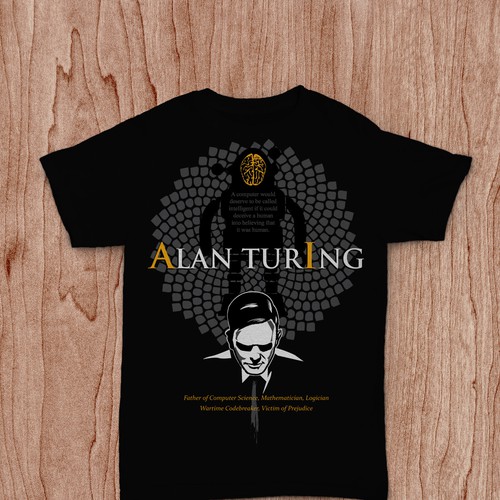 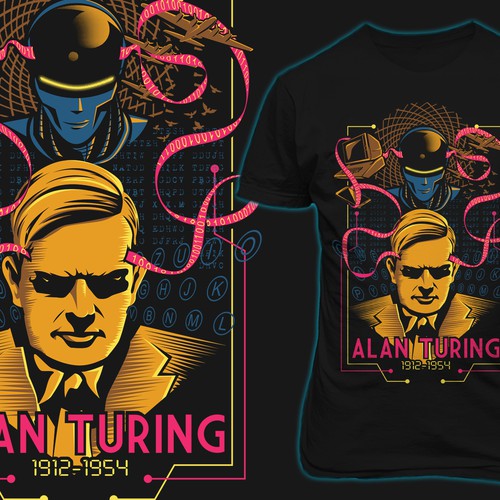 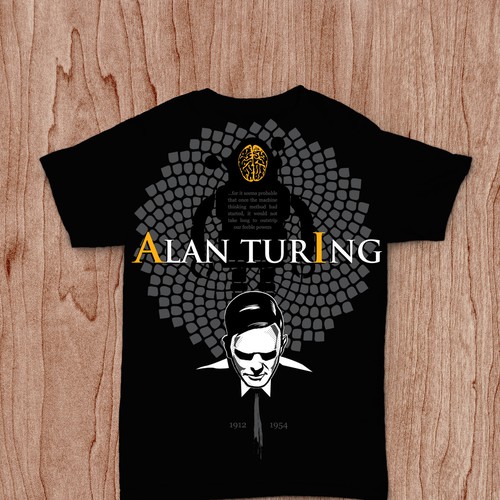 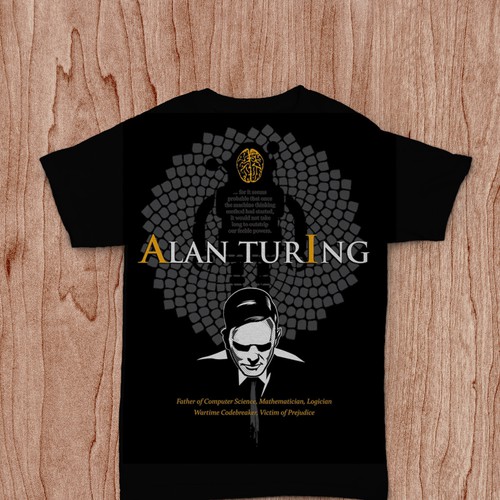 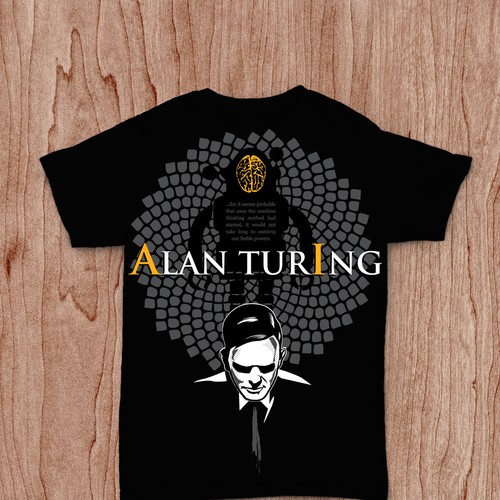 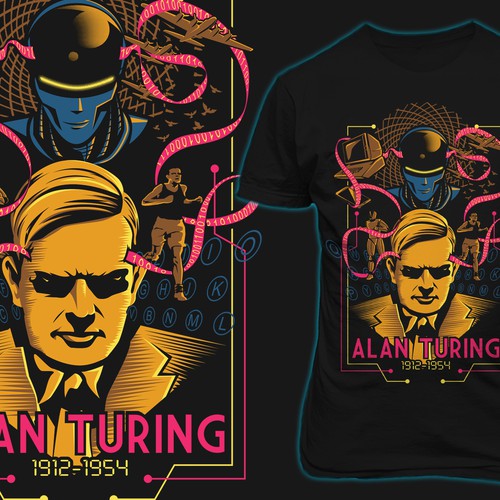 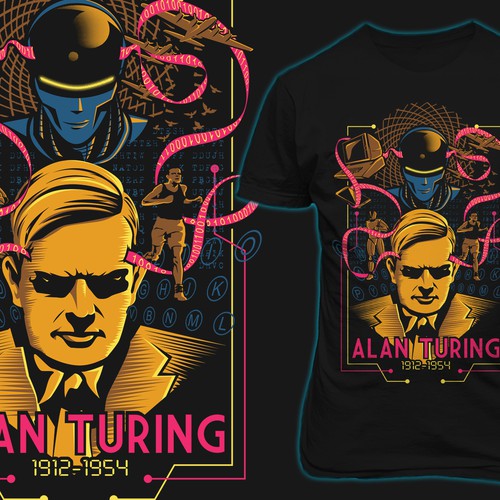 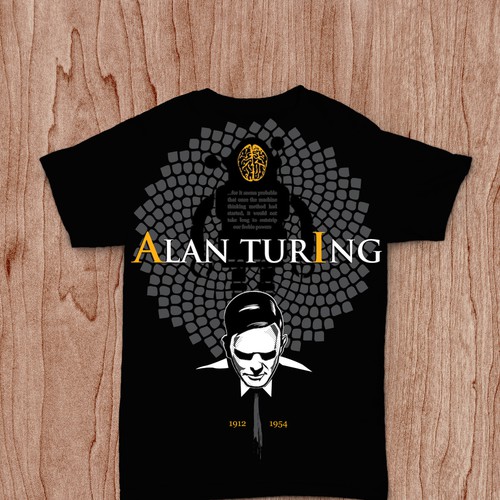 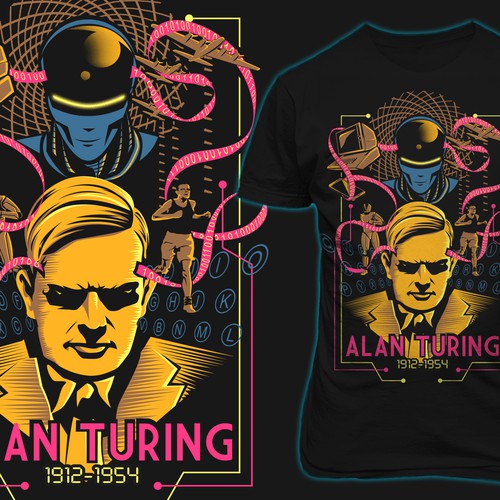 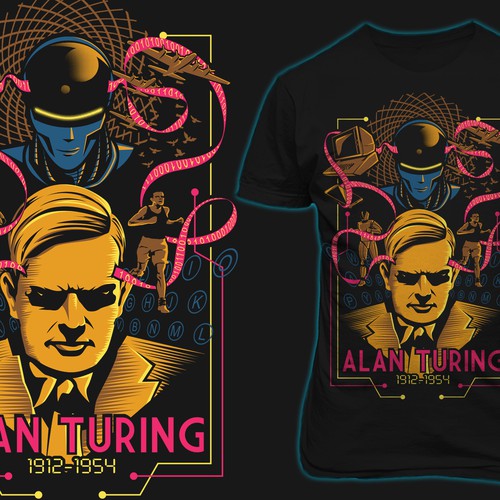 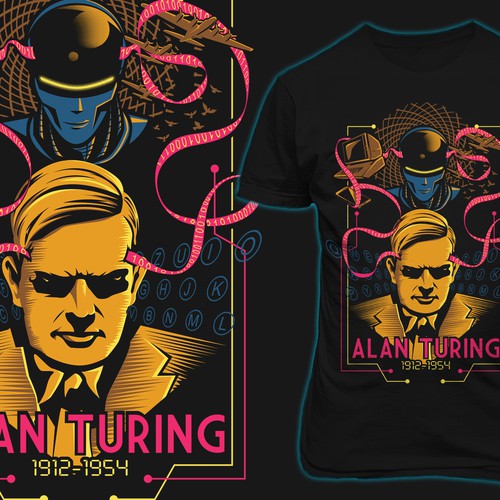 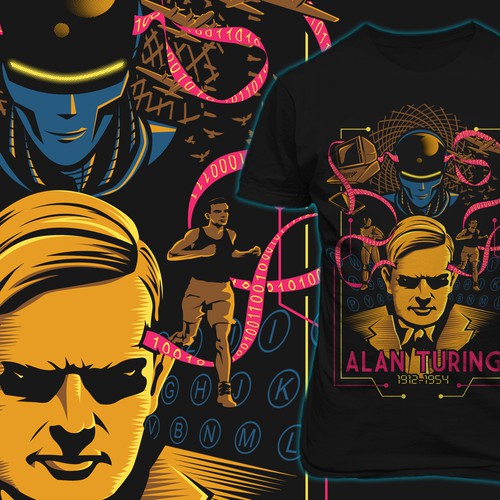 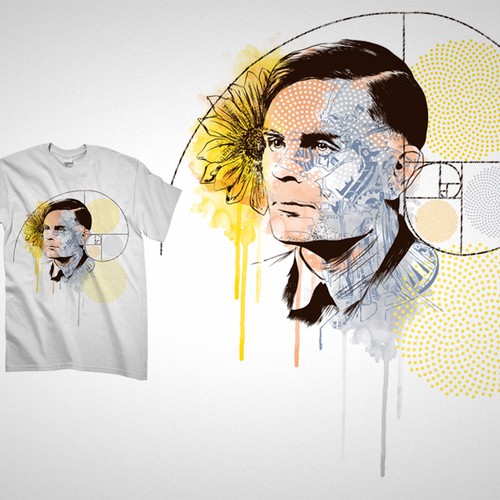 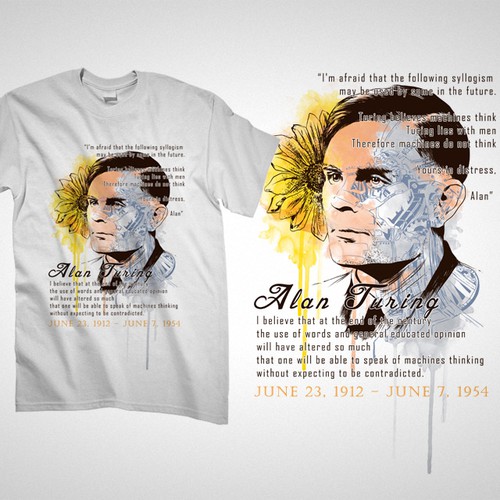 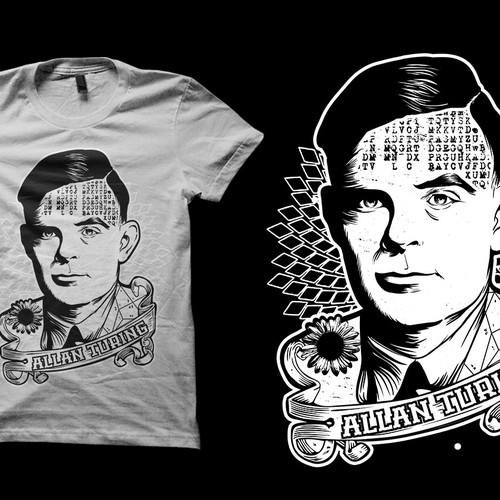 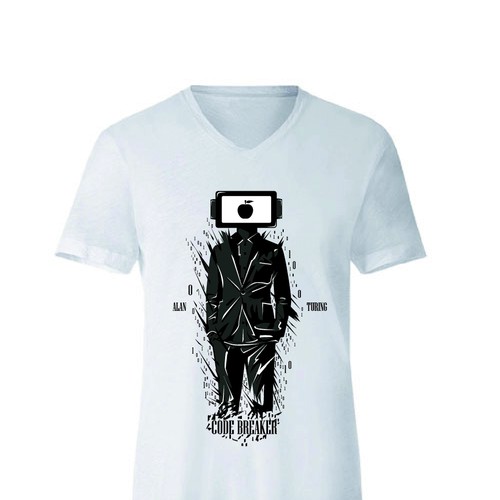 Here are some concepts related to Alan Turing's life/work (other than ones in the brief & the general comment section) that might help you in terms of visual concepts for the design. The previous themes relating to the main aspects of his life are most important, but if an extra visual concept is needed, these might be useful (but not at all necessary):

-Sunflowers (as their seen distribution is defined by the Fibonacci numbers as Turing predicted).

-Turing Test (determining if interacting with human or machine).

-CAPTCHA ("Completely Automated Public Turing test to tell Computers and Humans Apart") developed much after his dead but inspired by his Turing Test.

-Robots behaving like or trying to pass as humans.

-Running for sport (he was a very good distance runner).

-Way too late government pardon for being gay (almost 60 years after he died).

-Turing Machine (composed mostly of long thin pieces of paper with ones or zeroes printed).

NOTE: The illustrations attached are for inspirational purposes only. The are not owned by me and are included here to illustrate a sense of style, as examples. Please do not assume that this is exactly what I want, they only offer a guide.

Alan Turing was a great British mathematician and thinker who helped bring down the Nazi regime by developing computer systems and techniques to decode their encrypted war messages. He was a pioneer not only in cryptography but also in logic, computation, artificial intelligence, human-computer interaction and even biology.

Turing's ideas foreshadowed a world in which global conflicts are fought more often with cryptography than with guns, where individuals desperately strive to keep even the smallest aspects of their lives secret from hackers and agencies, and where people spend more time interacting with computers than other humans.

Alas, after the war, instead of being honored like the hero he was, Alan Turing was prosecuted and harshly punished solely because he was gay. The situation was exacerbated due to his poor social skills; even though Turing was one of the most brilliant mathematicians in history, he was barely capable of handling rudimentary interactions with people, much less defend himself in the prejudiced and socially complex criminal courts of the time.

Alan Turing’s life story is a glaring reminder of why society sometimes makes it necessary to keep parts of our lives private. His suffering and untimely end are also a testament to the incredibly cruelty that has been enacted, and that continues to be inflicted around the world upon those who are different. Injustices are constantly carried out on people who are vulnerable, who often lack the means or social skill to disguise who they truly are, or those who simply refuse to do so on principle.

Our creative challenge here is to design an image that illustrates the influence or relevance of Alan Turing's life and work on our modern society. We would like you to use your skill and creativity to help us bring recognition to a man whose life work has changed the course of humanity and profoundly inspired many of us.

NOTE: there are very few pictures of Alan Turing in existence, and they tend to be overused. We are NOT looking for a design that features primarily an image of Turing, however an image that craftily incorporates some elements of his appearance might work. He was the kind of person to be vastly more interested in ideas than on his own appearance, and the design should reflect that aspect.

Swastikas are not appropriate at all. Please steer away from them or your design will be eliminated.