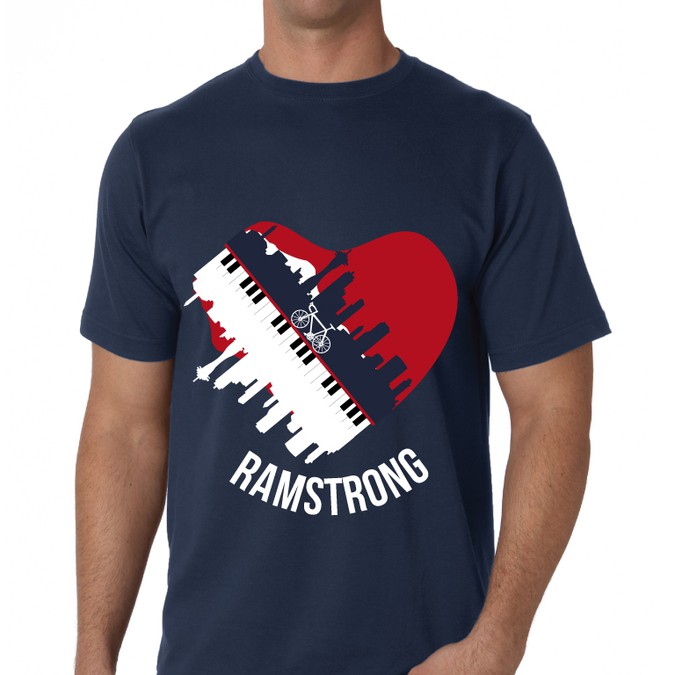 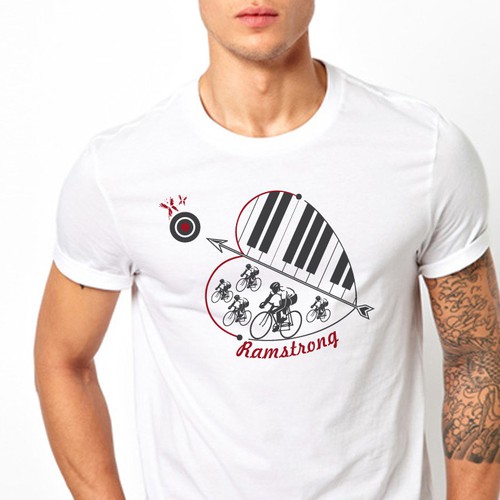 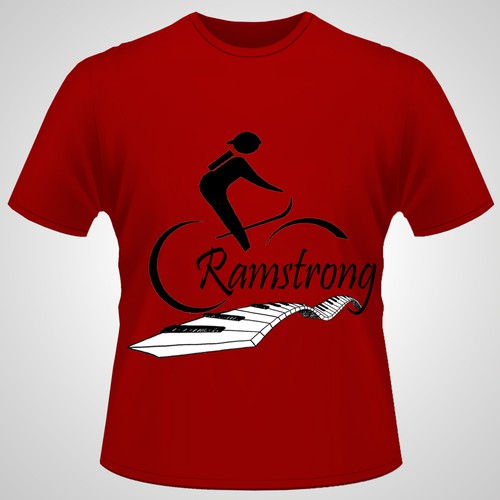 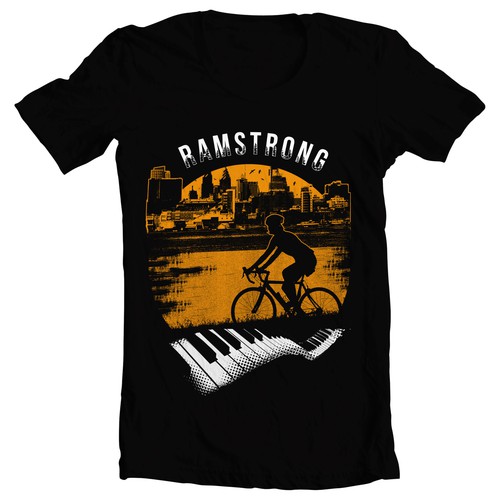 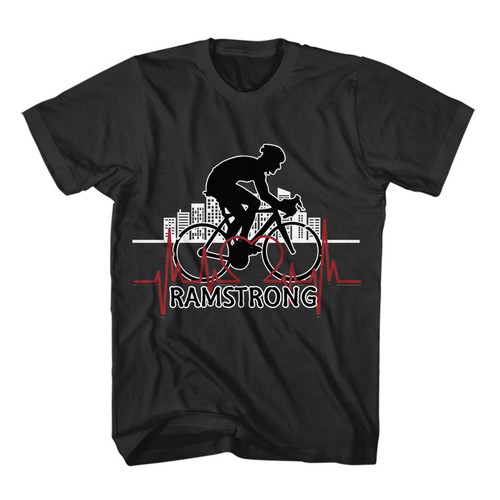 My cousin (Ram) was diagnosed with Stage 4 Non Hodgkins Lymphoma (lymphatic cancer). He is 25, fit, vegan and extremely talented. While he fights the disease through multiple rounds of chemo, we want to show our support towards his fight.

That is the idea behind this t-shirt.

Some of the things which he does and could be incorporated in the t-shirt to show what he has to look forward to:

Apart from this he quite appreciates the cyclist Lance Armstrong (https://en.wikipedia.org/wiki/Lance_Armstrong). We always used to discuss Lance (since I bike too). I was a big detractor, whereas Ram, despite knowing about the drug use, was still appreciative of the fact that Lance came back from cancer and won the Tour De France multiple times (this was before Ram was diagnosed).

He would say that he isn't Pro-Lance but is appreciative of all that he has achieved. When Ram was diagnosed with cancer, I told him that "he will be our Lance" and he replied that he will be "Ramstrong".

The name Ram comes from the Hindu god of the same name (https://en.wikipedia.org/wiki/Rama). One famous show of strength by Rama is described below:

"Sage Vishwamitra then takes the two princes to the Swayamvara a wedding ceremony for Sita. The challenge is to string the bow of Shiva(Pinaka) and shoot an arrow from it. This task is considered impossible for any ordinary king or living being, as this is the personal weapon of Shiva, more powerful, holy and of divine creation than conceivable. While attempting to string the bow, Rama breaks it in two. This feat of strength spreads his fame across the worlds and seals his marriage to Sita, celebrated as Vivaha Panchami."

Anyway, I hope you can combine all those elements and make something which all of us who support Ram in his fight can wear.

Incorporate the word "ramstrong" in the t-shirt. Rest is up to you and you can base it on what I have described above.