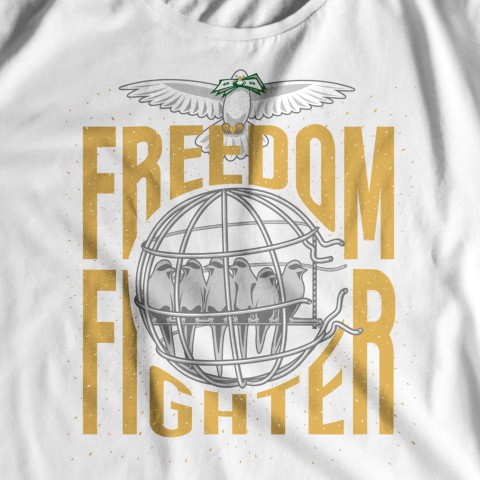 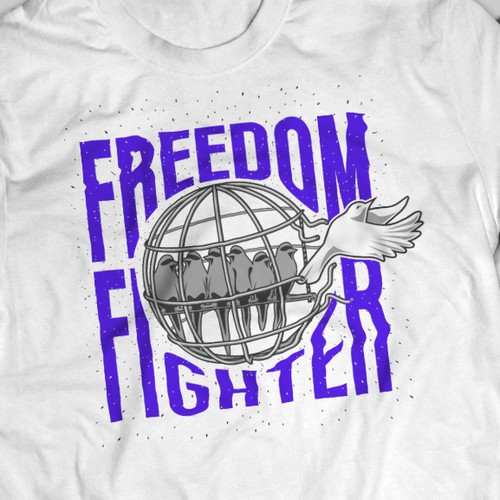 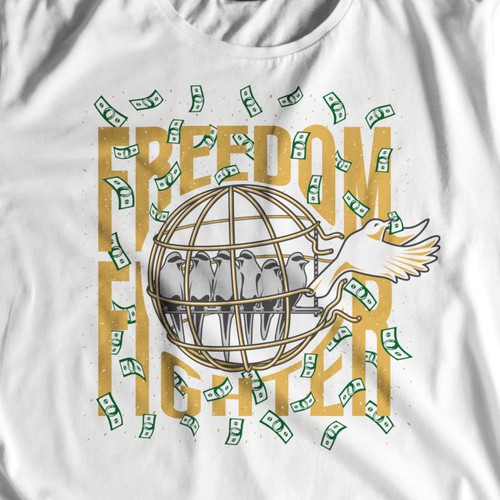 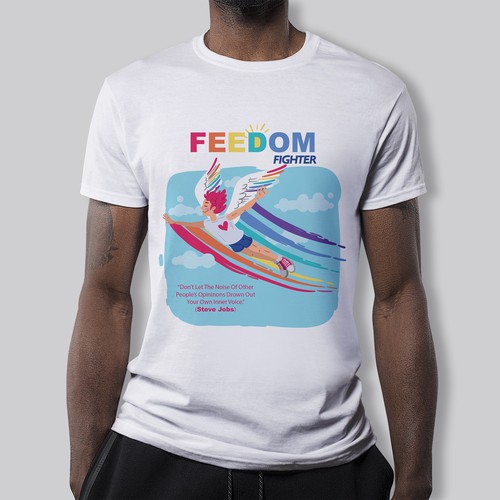 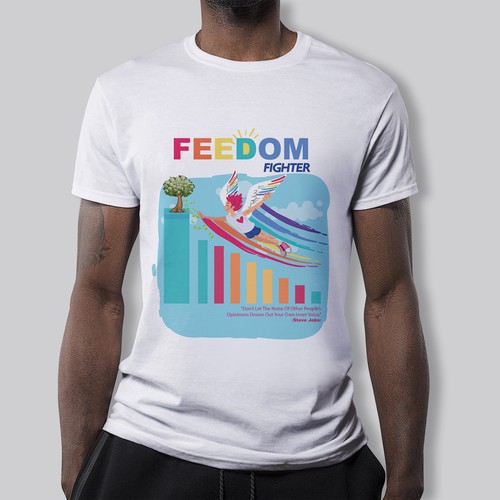 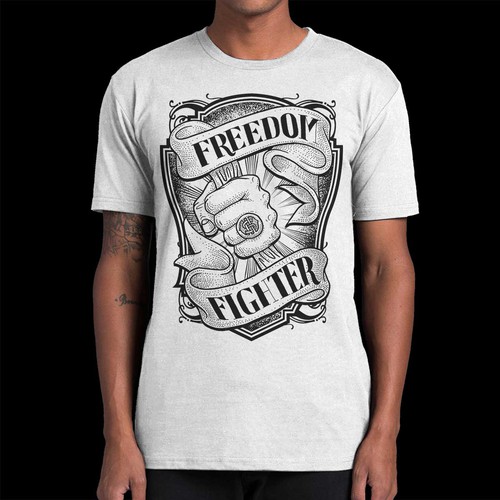 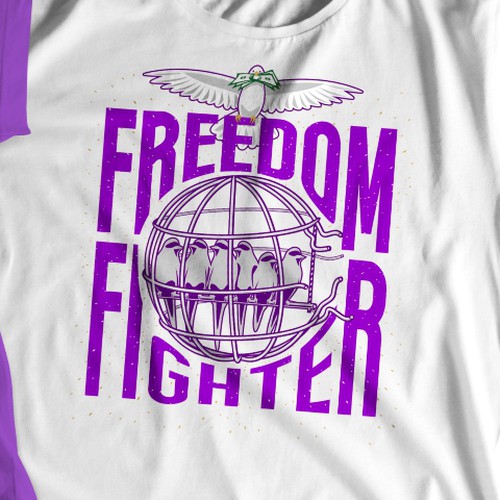 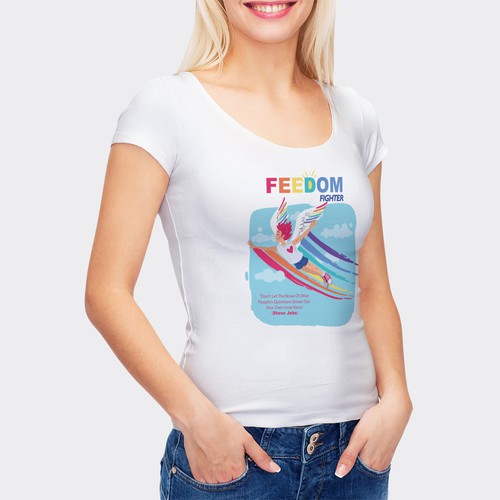 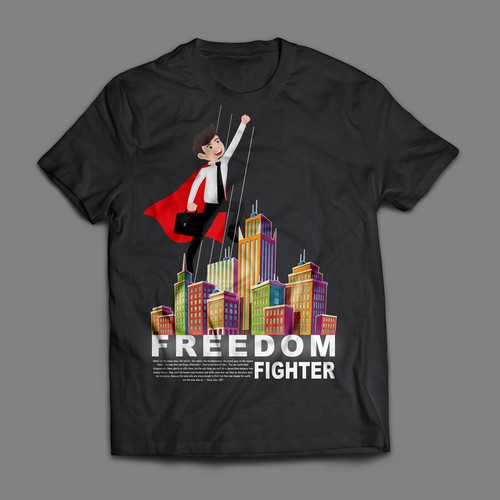 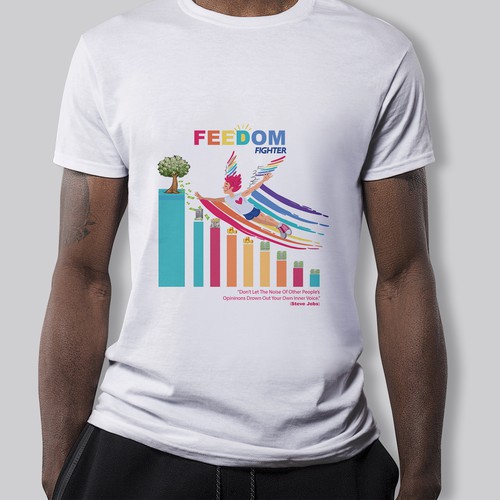 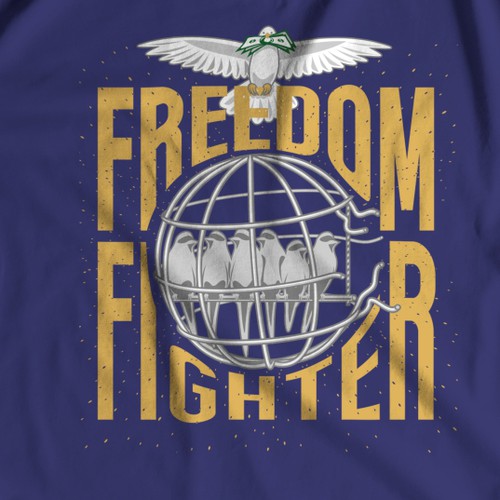 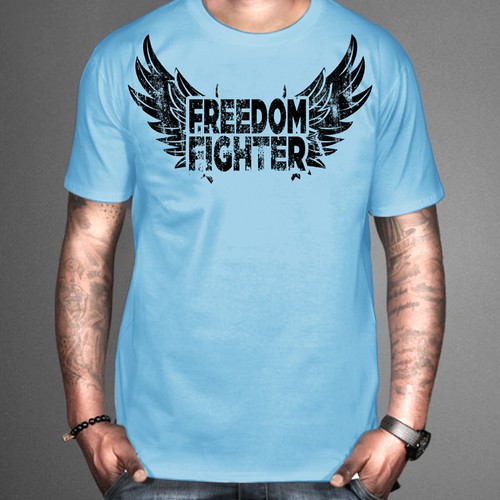 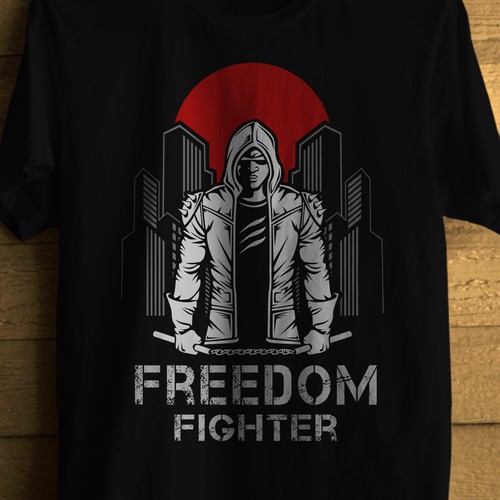 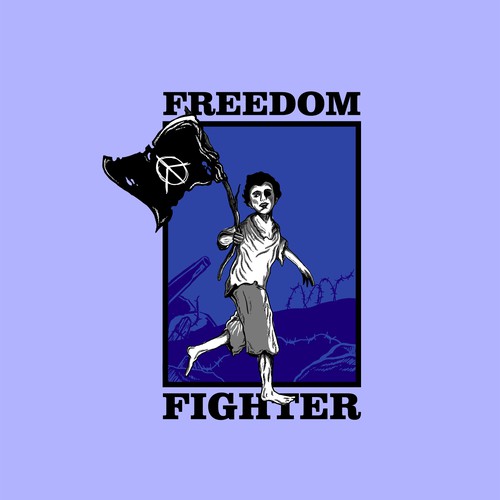 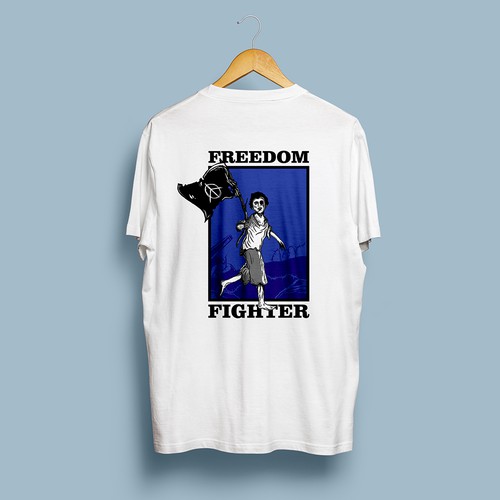 We are an education-based company in the online marketing/ eCommerce space and would like to create a t-shirt for our customers and maybe also to sell it as a separate product.

The target market would be primarily (online) business owners (eCommerce, Shopify, Advertising agencies, Amazon sellers, funnel builders, online coaches), as well as side hustlers that want to set their business but they, don’t have one yet. “The crazy ones… the ones who think differently.”

The FREEDOM FIGHTER brand personifies battle against the 9-5 grind, it brings people together that believe that there is a better world out there which we could also call financial freedom. It personifies a tribe of people that believe that the ultimate goal - financial freedom can be achieved with discipline and hard work, mostly from their computer from their home. What they do is out of the norm and it evokes odd reactions from the community and from their family and friends they hang out with.

The raw models to these people (target group) would be people like Gary V., Elon Musk, Steve Jobs,... who are rebels of a modern kind. And that’s how we would like this brand to be positioned - a Che Guevara movement of a modern kind that fights for their “freedom”. The battle is hard, but it’s worth fighting!

Here’s a transcribed famous speech of Steve Jobs that can be identified with this brand (for better understanding).

Here’s to the crazy ones, the misfits, the rebels, the troublemakers, the round pegs in the square holes… the ones who see things differently — they’re not fond of rules… You can quote them, disagree with them, glorify or vilify them, but the only thing you can’t do is ignore them because they change things… they push the human race forward, and while some may see them as the crazy ones, we see genius, because the ones who are crazy enough to think that they can change the world, are the ones who do. — Steve Jobs, 1997