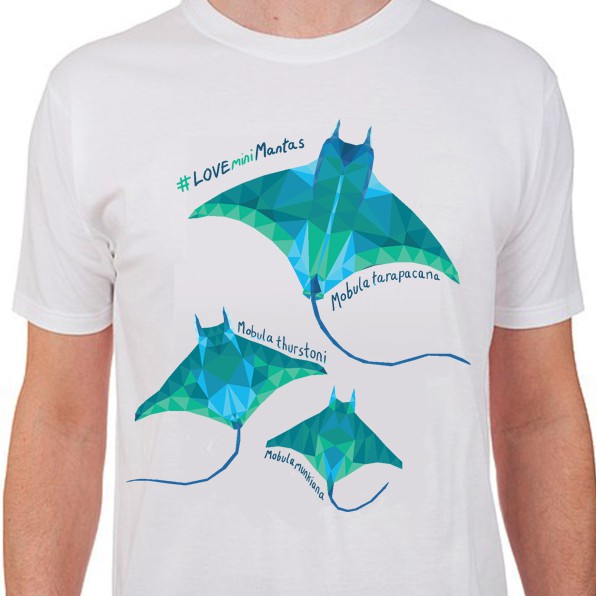 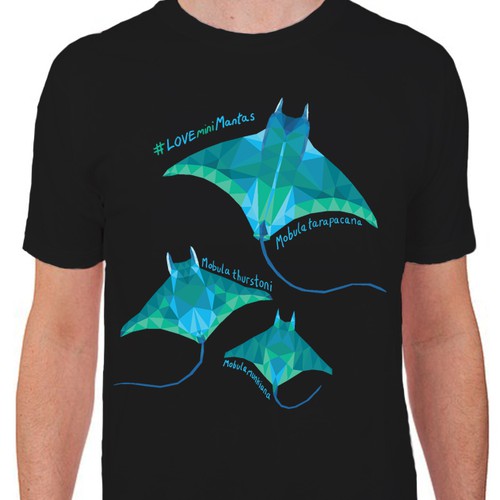 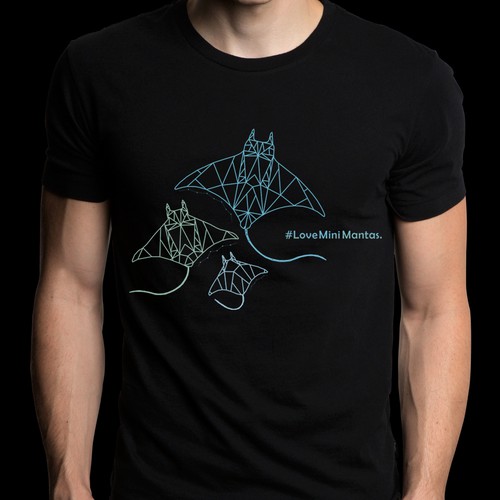 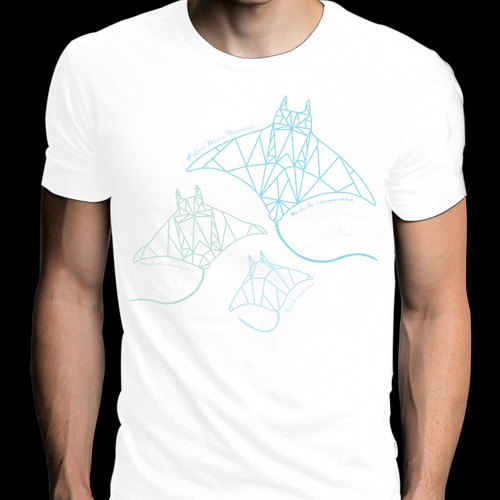 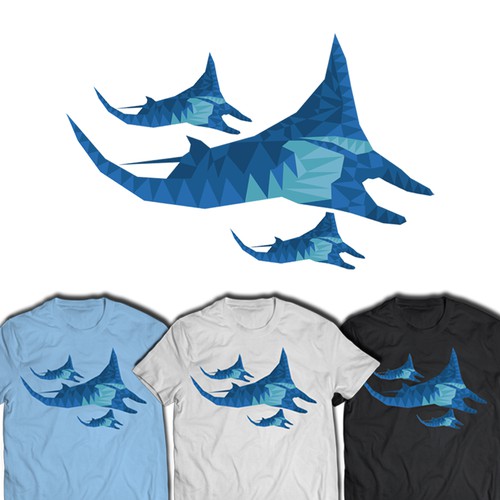 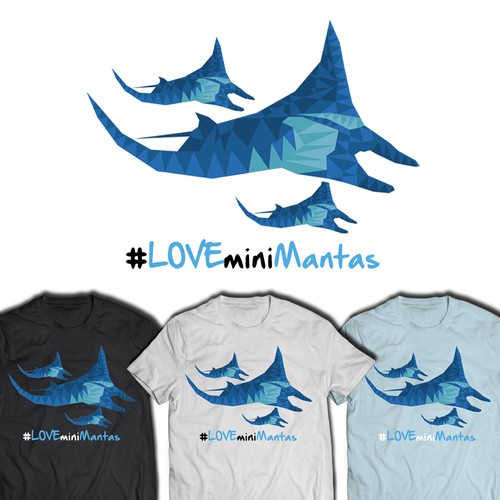 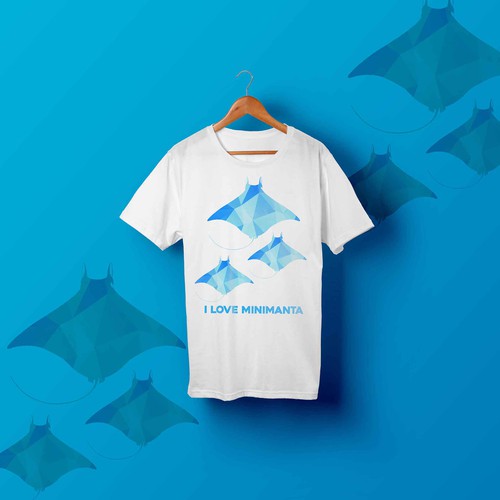 We're looking for an official campaign t-shirt for a media campaign revolving around the conservation of a group of charismatic rays, called mobula/devil rays.

The 'jewel in the crown' of this campaign is a 360VR film, so we're looking for a design that sort of falls in line with that.

I've included examples of existing t-shirts, logos and designs that fall into the style we're after for our t-shirt.

We're after a design where the mobula rays are made up of polygons / lines / origami style. To us this fits in really well with the VR cornerstone of the campaign.

In terms of the design of the mobulas itself, I'm looking for shots of the rays from above. A flat design.

I'm looking for a design that includes more than one mobula ray, and preferably of multiple species. Again, see attached files for reference. It is VERY important to get the shape of these animals correct and accurate, and to not mistake them for their larger and similar looking cousins, the manta rays.

There are 9 species of mobula ray in total, and one in particular, the Sickle-fin mobula, is the biggest. I would 100% want this to be the biggest feature of the design.

I'm thinking either 3 mobulas in the design; the big sickle-fin, followed by two of the smaller species which have some characteristic feature, be it their shape or size. The formation of the free would be in a rough triangle formation, but open to other layouts at the designer's discretion.

In the bottom corner or somewhere snuck into the design, we will need to include the campaign name #LoveMiniMantas. I have not provided this file yet as we are still deciding the font that will be used, so do not worry about including this for now.

Just the design, and eventually the campaign name #LoveMiniMantas, all to go on the front design.

Do not use reference images of mantas, from my files or Google, to create the mobula ray design. It is extremely important that this design is clearly a bunch of mobula rays.