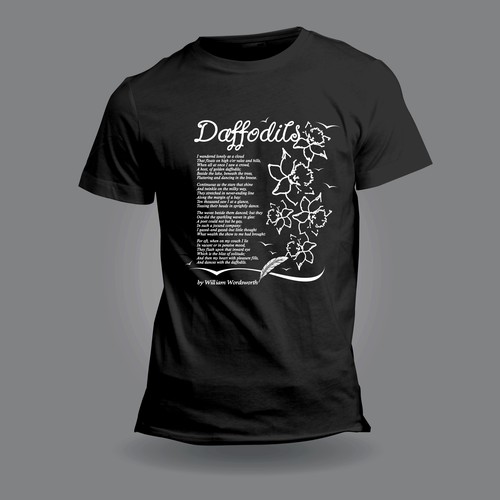 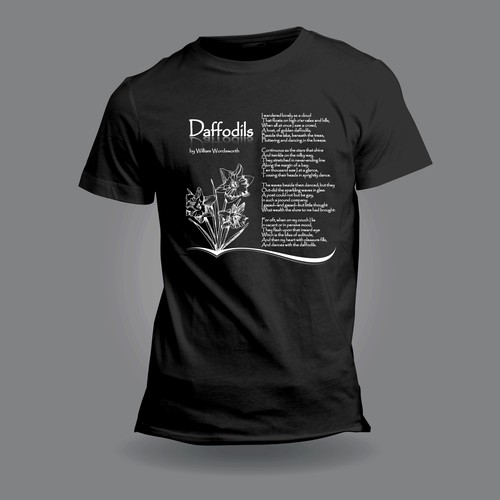 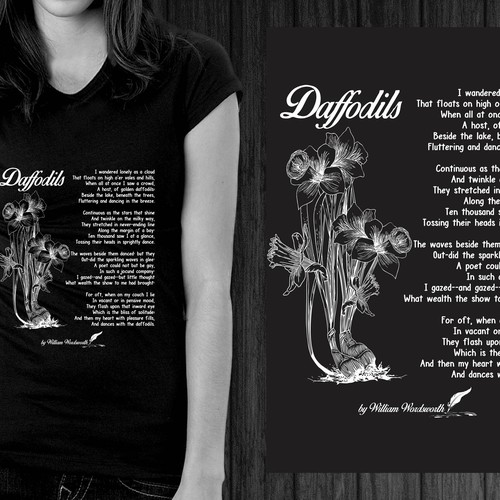 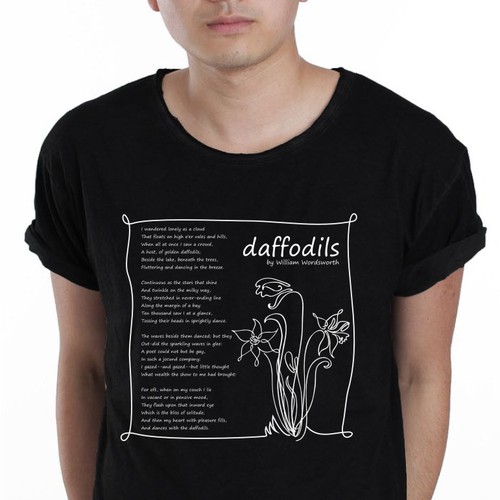 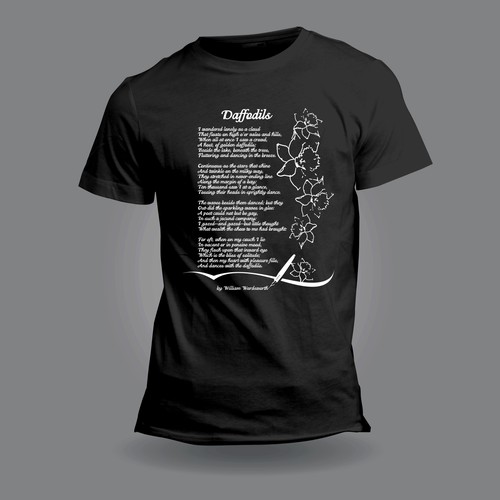 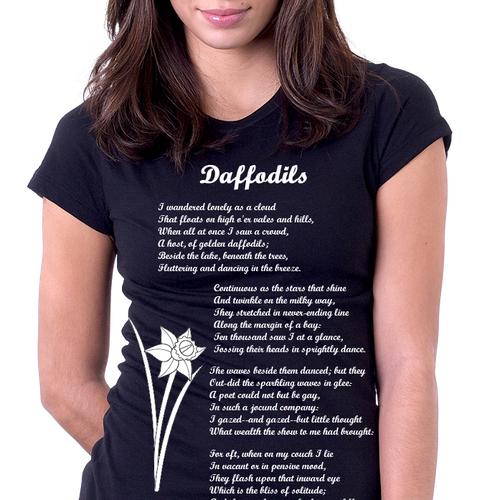 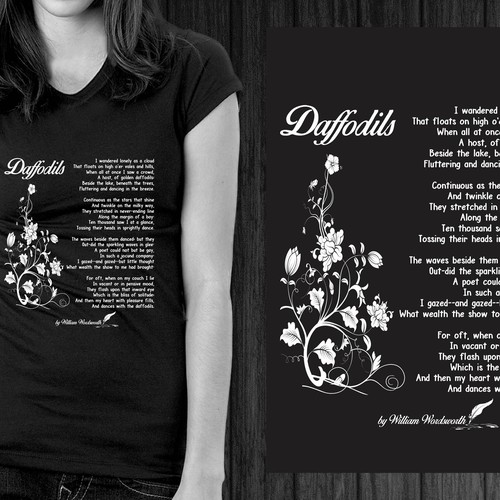 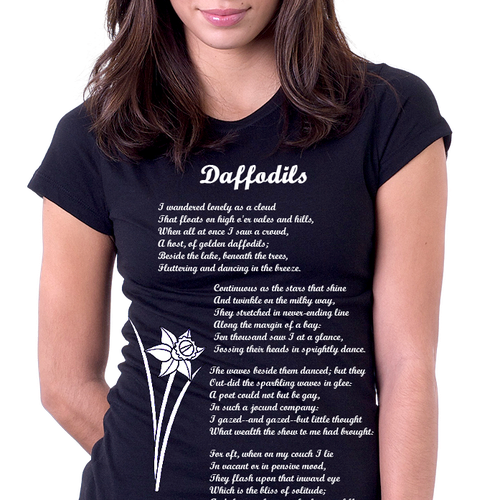 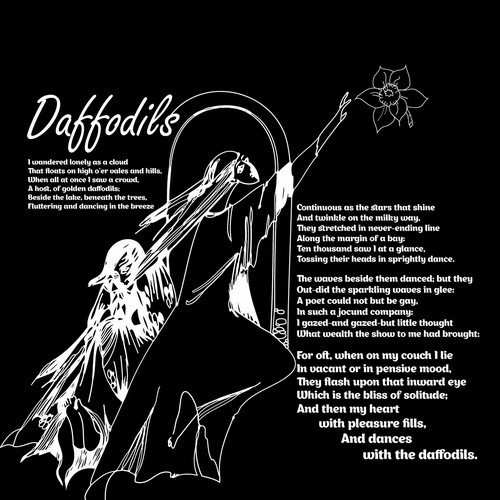 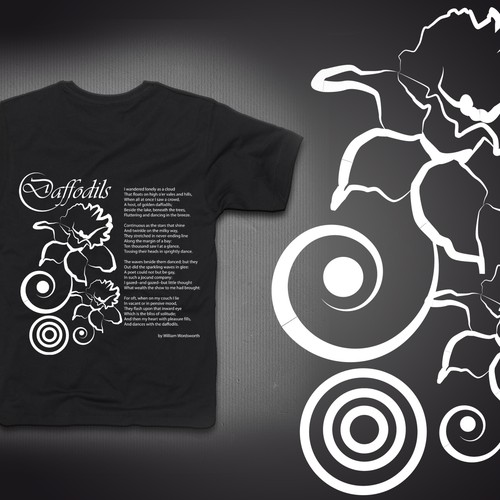 We want something simple and elegant looking

We sell many shirt designs, among them are shirts with famous poems.

Take a moment to look here:
http://www.buzzymultimedia.com/lite…hirts.html
(You can view some of our tees with Edgar Allan Poe, Emily Dickinson
and Robert Frost)

For our new shirt we want to feature the poem:
Daffodils by William Wordsworth.

The text to be included is:

I wandered lonely as a cloud
That floats on high o'er vales and hills,
When all at once I saw a crowd,
A host, of golden daffodils;
Beside the lake, beneath the trees,
Fluttering and dancing in the breeze.

Continuous as the stars that shine
And twinkle on the milky way,
They stretched in never-ending line
Along the margin of a bay:
Ten thousand saw I at a glance,
Tossing their heads in sprightly dance.

The waves beside them danced; but they
Out-did the sparkling waves in glee:
A poet could not but be gay,
In such a jocund company:
I gazed--and gazed--but little thought
What wealth the show to me had brought:

For oft, when on my couch I lie
In vacant or in pensive mood,
They flash upon that inward eye
Which is the bliss of solitude;
And then my heart with pleasure fills,
And dances with the daffodils.
by William Wordsworth

There needs to be some type of simple graphic to go with the poem.