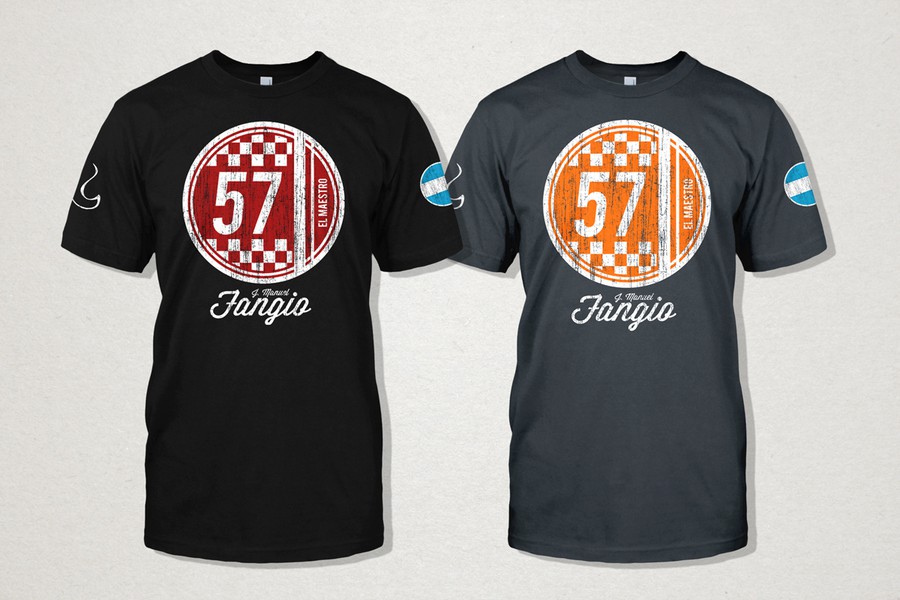 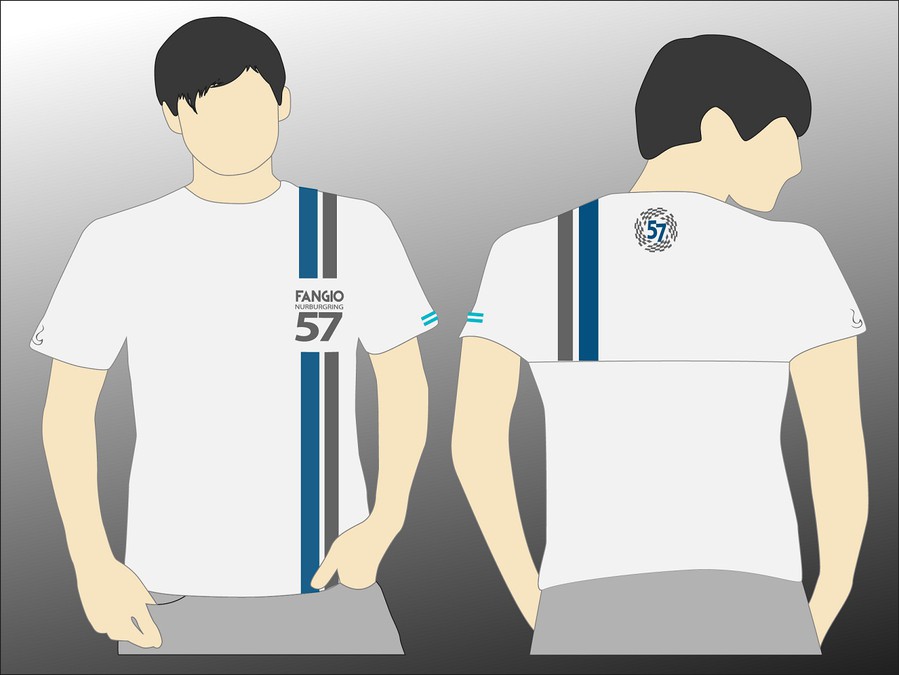 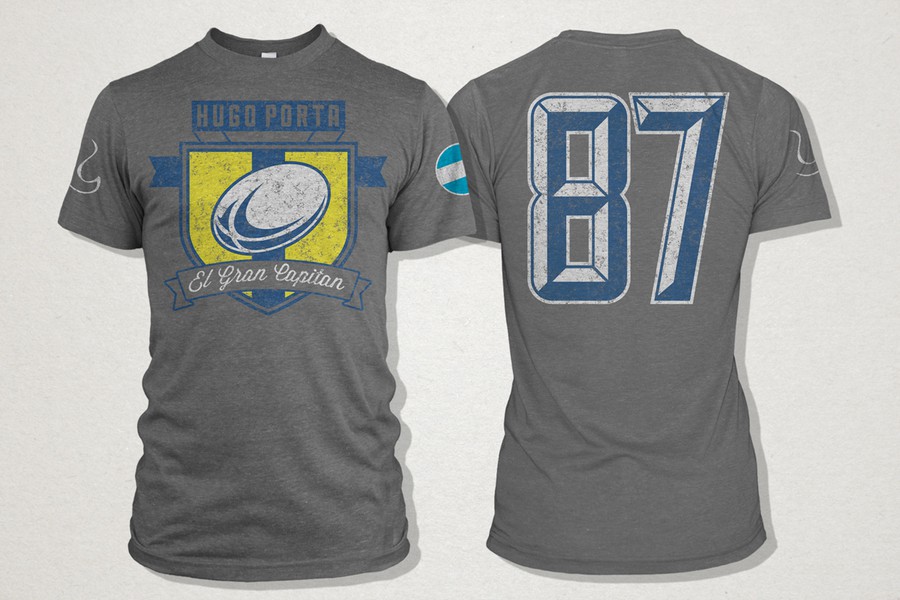 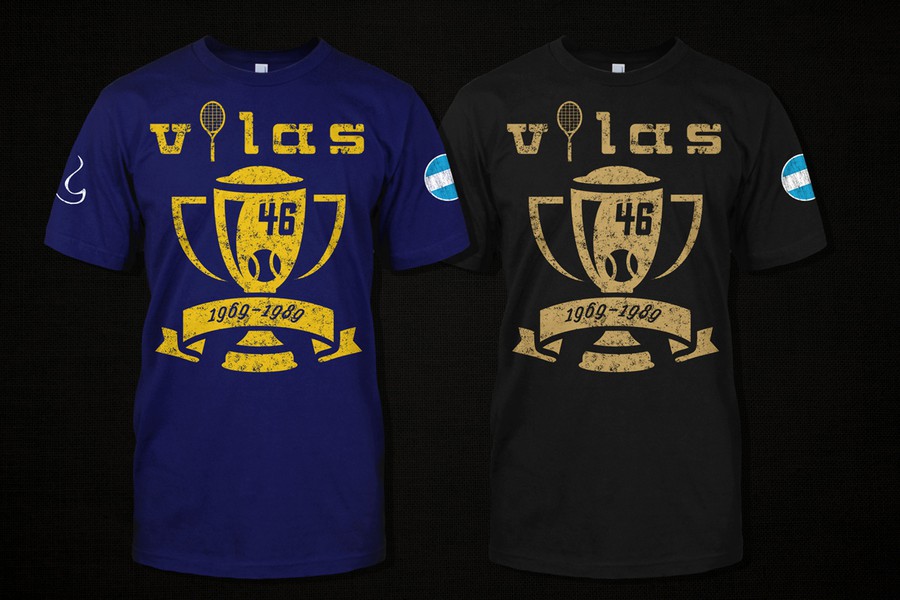 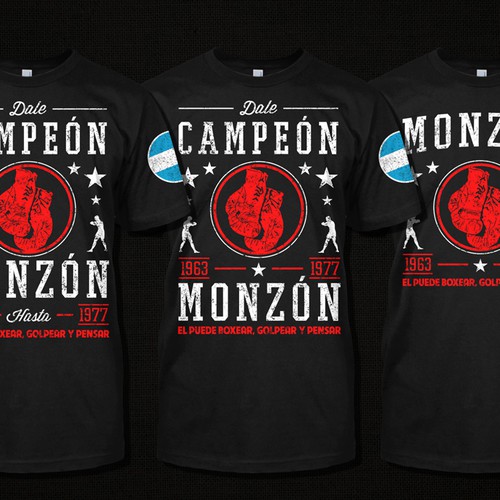 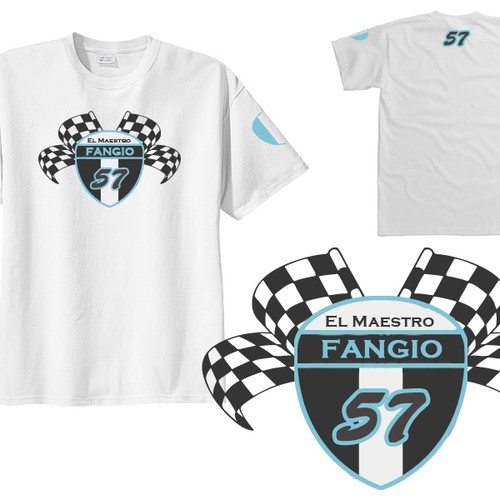 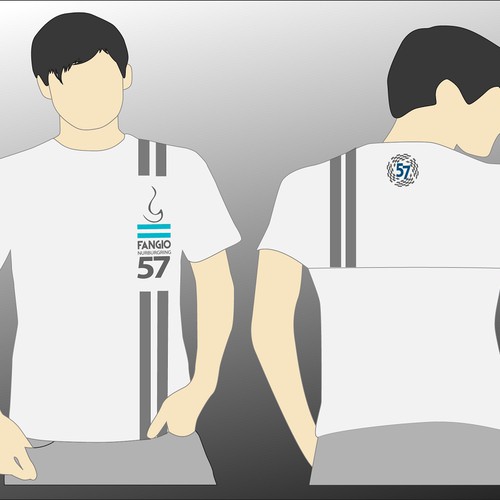 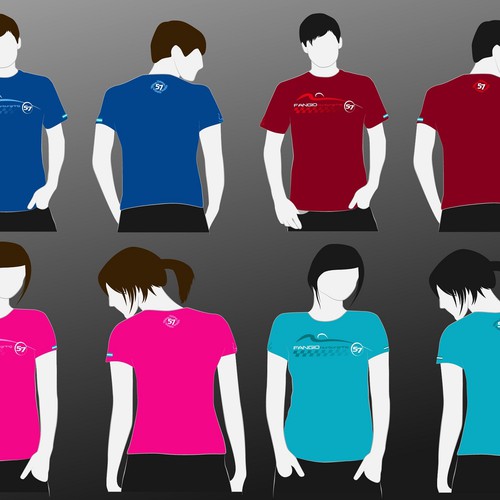 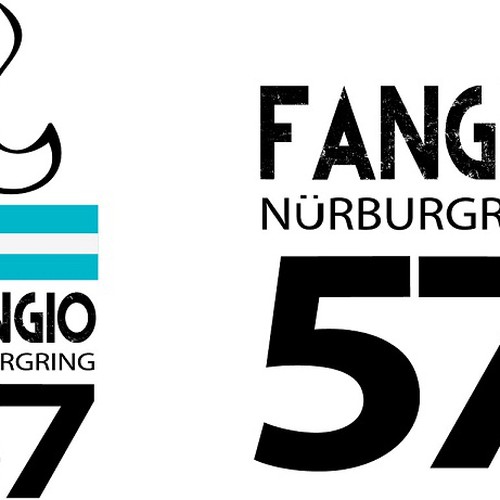 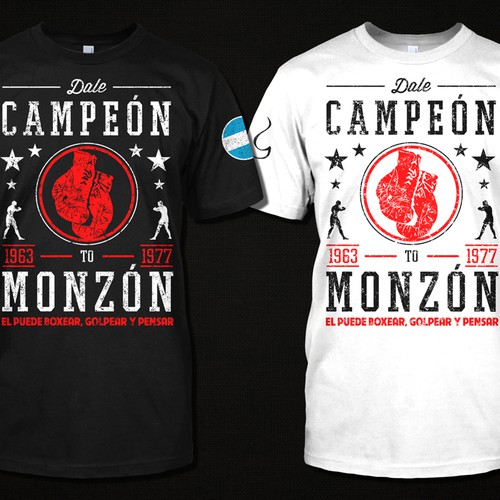 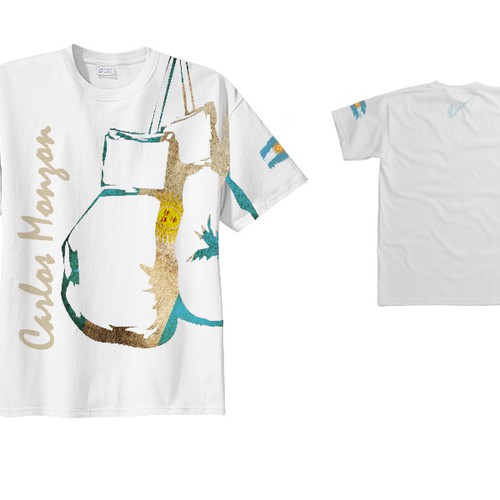 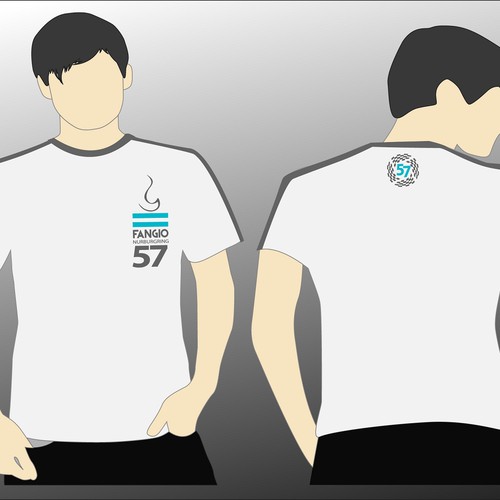 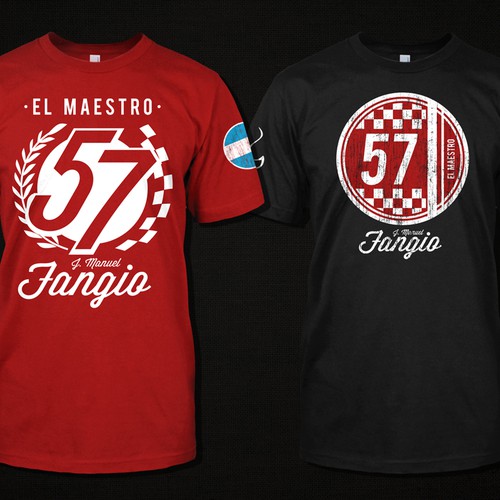 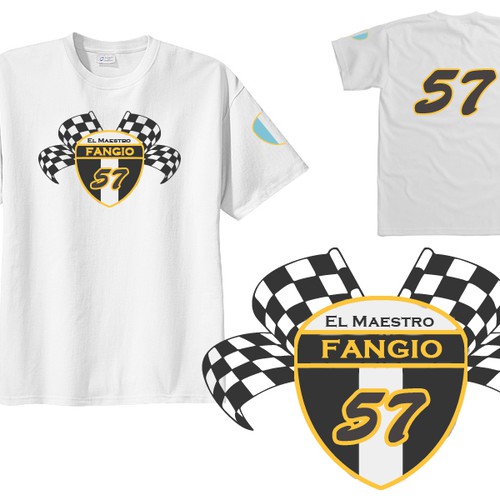 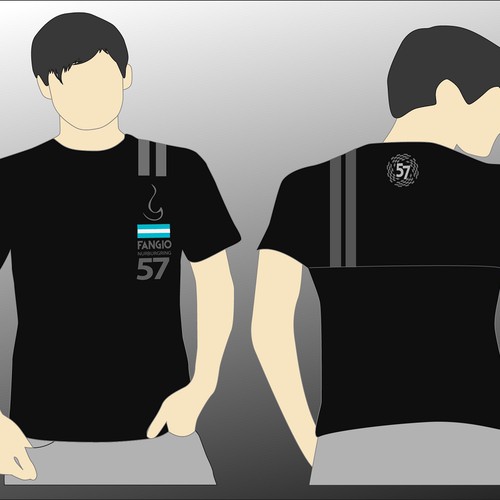 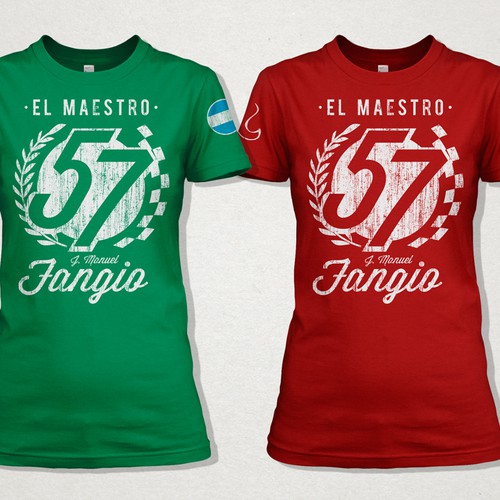 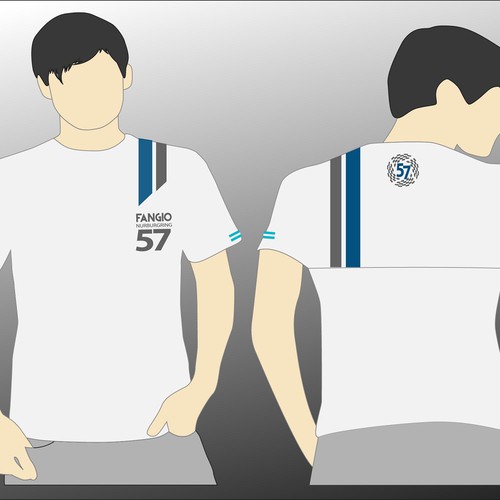 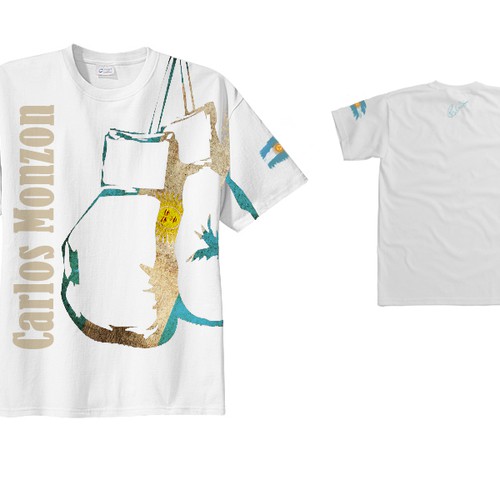 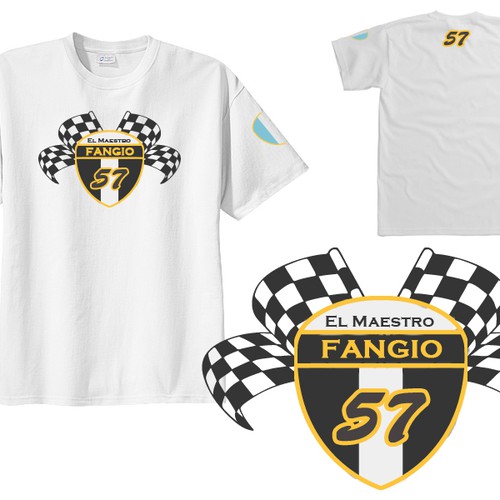 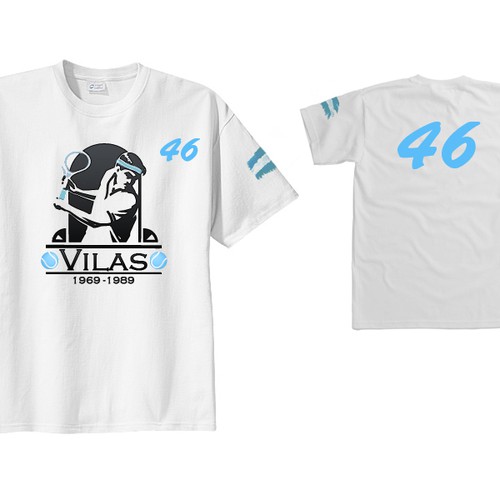 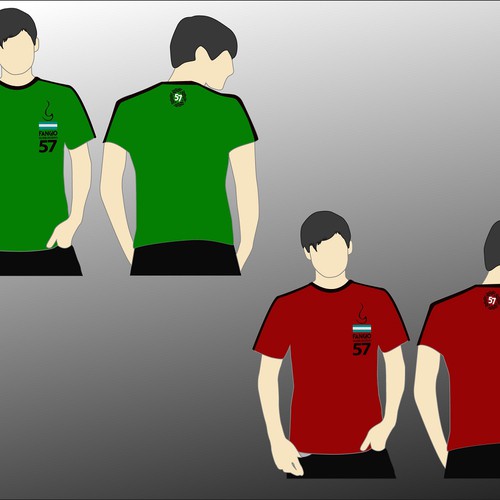 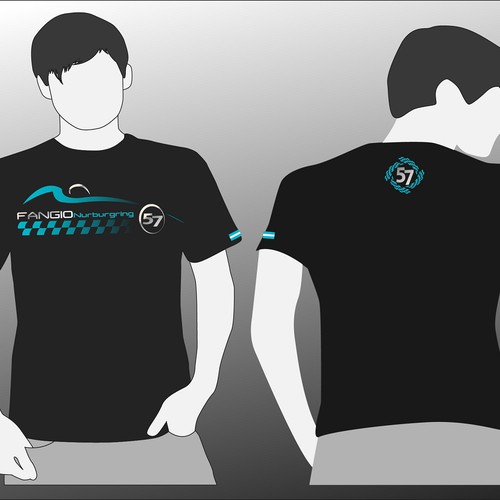 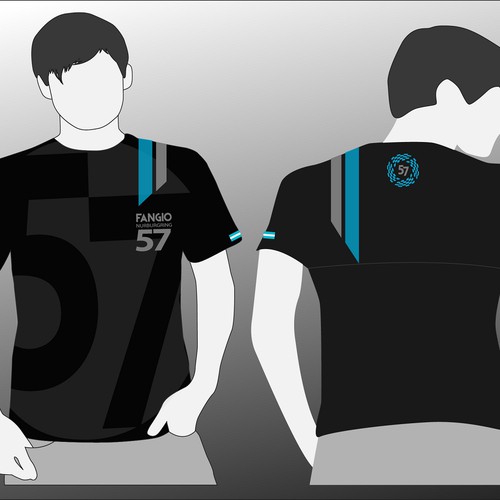 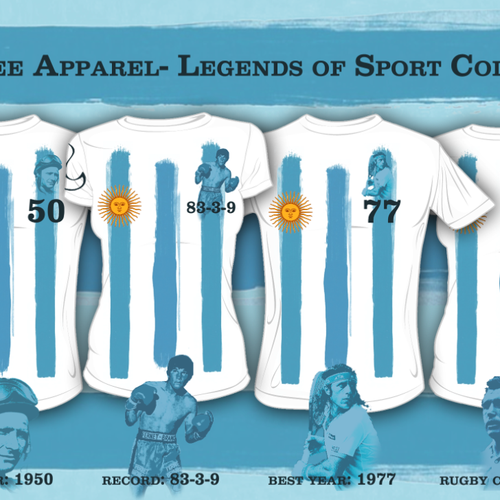 We do not necessarily want images of the sportsmen, more we require the shirts to be inspired by them. Remember copyrights, etc!
The designs should be cool and elegant and work in a Latin American environment. The designs may contain numbers which relate to achievements in the sportsmen's fields (car numbers, career wins, caps, weeks at number one, etc). They should also be relevant and inspired by the era in which they worked (so no overt 2012 references on a Fangio 1950s shirt or on a Vilas 1970s shirt). You may choose one design or 4 - choice is yours!
The shirts may have printing on the back (image, number, etc),and the logo should be on the sleeve. Colour of shirt is up to you but the design should be able to be printed on a variety of coloured shirts. I have provided 2 logos, black and white, to assist.
I love the Hackett of London Aston Martin shirts for instance and the blue white and red stripes on the below image may work on the Fangio shirt (but evidently blue white blue instead!). But no stealing of Hackett's work, they may not like it!! For Vilas, there are great striking images of 1970s players (Borg, Vilas, Nastase, Connors - all icons!). And Monzon was a boxing icon (if slightly suspect personally!) - look at some of the 1960s/1970s boxing classics, icons and images. Plenty of striking imagery and inspiration there!
We need something that could be good in the bar, club, beach and street for men and women!
Let your imagination run, think stylish, think Latin and think "legends"! I would bet there would be more than 1 winner here!

A new design family for Cuppatee Apparel, a new Argentine clothing brand. The theme is "Legends of Sport", that is Argentine sport.
We are interested in four legends, Juan Manuel Fangio (motor racing) from the 1950s, Carlos Monzon (boxing) from the 1960s and 1970s, Guillermo Vilas (tennis) from 1970s and 1980x, all world number ones in their eras, and also Hugo Porto, arguably the best fly half in rugby union in the world... (1970s and 1980s). (By the way, the ladies will be on the next range!).

No more than 4 colours, no overt images of the sportsmen, nothing trashy or "funny" and needs to work for the Latin "look", tanned, dark hair, generally slim for the men, curvy (if not sexist to say this) for the women. No copyright issues please!!
I also feedback a lot so as the contest progresses, I should be able to provide more focus. At this stage though, be great to see what your views and designs are like!
Am looking forward to working with you