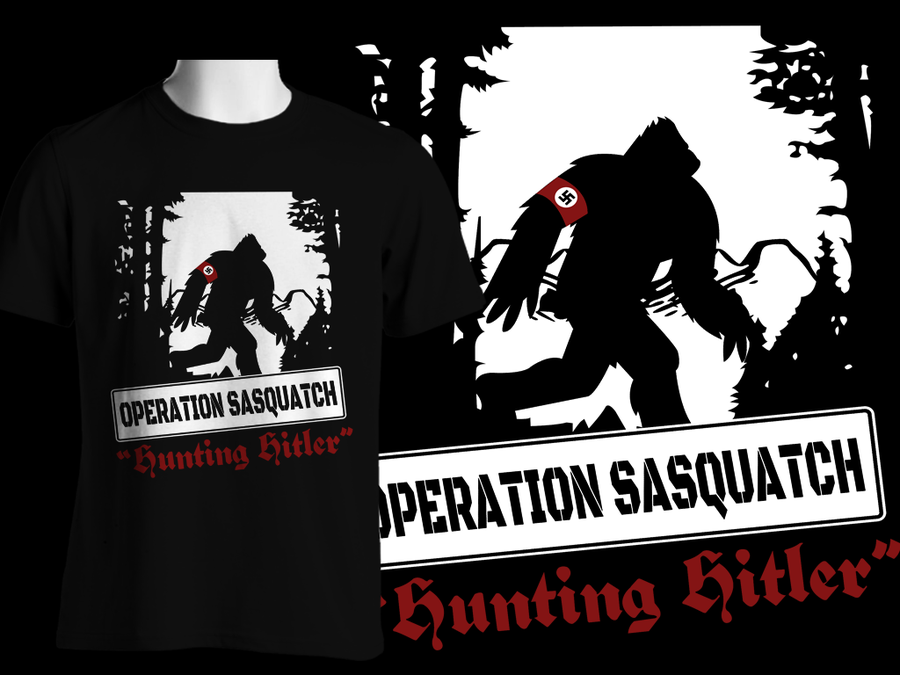 Easiest. Design Job. Ever. (especially if you're a Photoshop ninja) 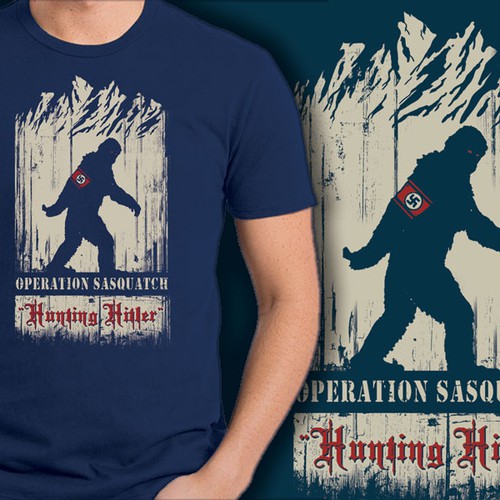 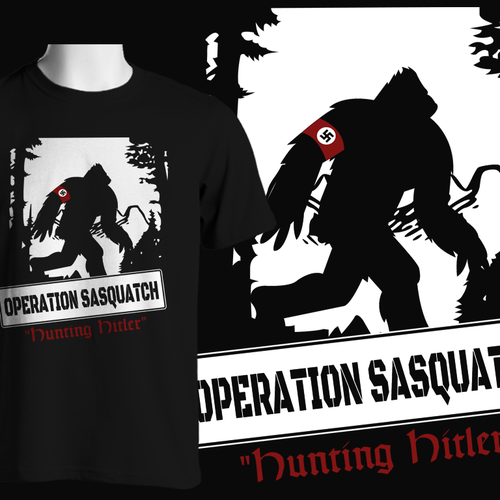 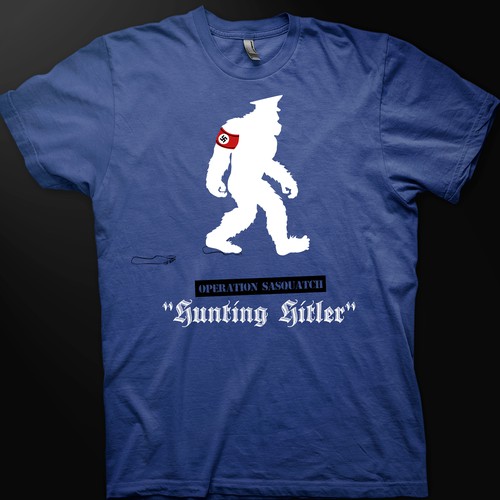 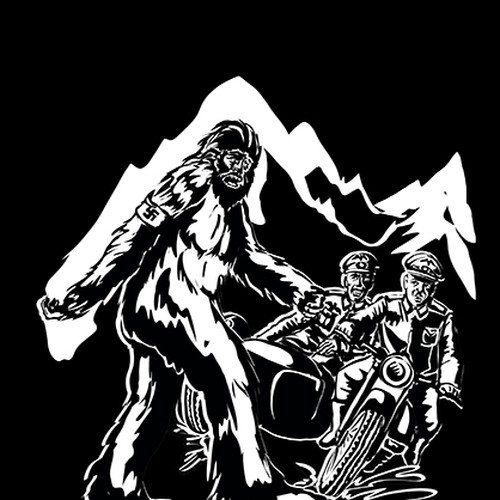 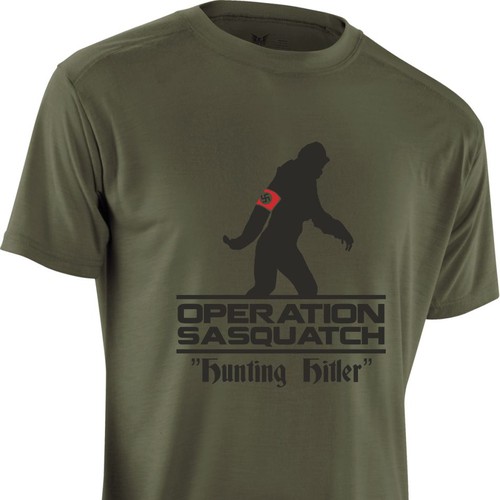 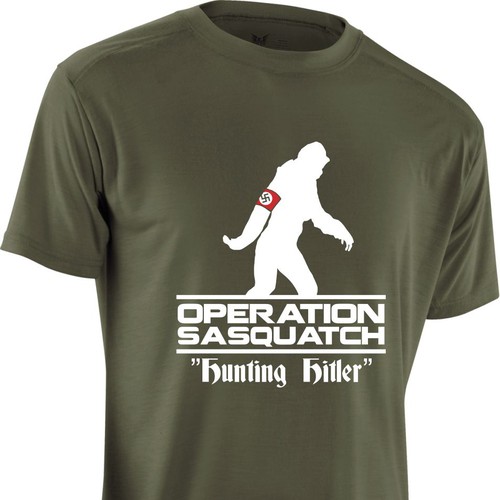 OK, here's what we need / about this contest...

1. This is a joke T-shirt, as you'll quickly see, so don't get nervous about the nazi armband.

2. We want a typical "sasquatch" (AKA "yeti", "bigfoot")-type creature's silhouette (see uploaded examples), walking from left to right (as shown).

3.Yeti should be black or white or brown (whatever looks best).

4. Yeti should be wearing a nazi armband on his right arm (the one most visible). I have uploaded examples of nazi armbands, but I'm sure that everyone is familiar with them.

5. Underneath yeti with armband should be the words "Operation Sasquatch" (without the quotation marks) in some sort of modern "official" or "military" font. (Take a look at one of the "Operation Desert Storm" hats, etc.

6. Underneath the words "Operation Sasquatch" should be the words "Hunting Hitler" (WITH the quotation marks) in a "Germanic" font (ex. Deutsch Gothic" or "Tannenberg Fett"...or whatever you think looks cleanest).

Those are the only instructions I am going to post...unless you have specific questions. This is the 6th (7th?) 99designs contest we have sponsored, and you designers have always done an amazing job, and we have always paid a prize. (A few times we awarded two 1st prizes.)

I can be contacted directly at librosfirst@gmail.com.

Dear Designers, really good start so far! Frankly, much better than I hoped for in stage 1. I am on the road and will comment further late tonight. Thanks!

I have selected five (5) of you as finalists. Four of you ("The Four") are in competition with each other, and the fifth designer ("D5", aka "99_problems") - who came up with something very different, that I liked - is in a contest with him/herself. If D5 can tweak his design, I will award a 2nd first prize payout to him/her.

Regardless, one of The Four will get a first prize.

- Put the final art on a black, DARK blue or OD tshirt so I can tell how it actually will look. Art on a white or light blue T, etc will lose.

- Adjust your colors and T-shirt so they match (so I can see how the art actually looks). #44 is a finalist because his design looks good on a black T...and s/he displayed it on a black T.

- No headband. (Really, no headband!)

Thanks for sticking with this contest to the Finals!

We need original art, by hand or Photoshop. (We must be able to legally use whatever you provide.)