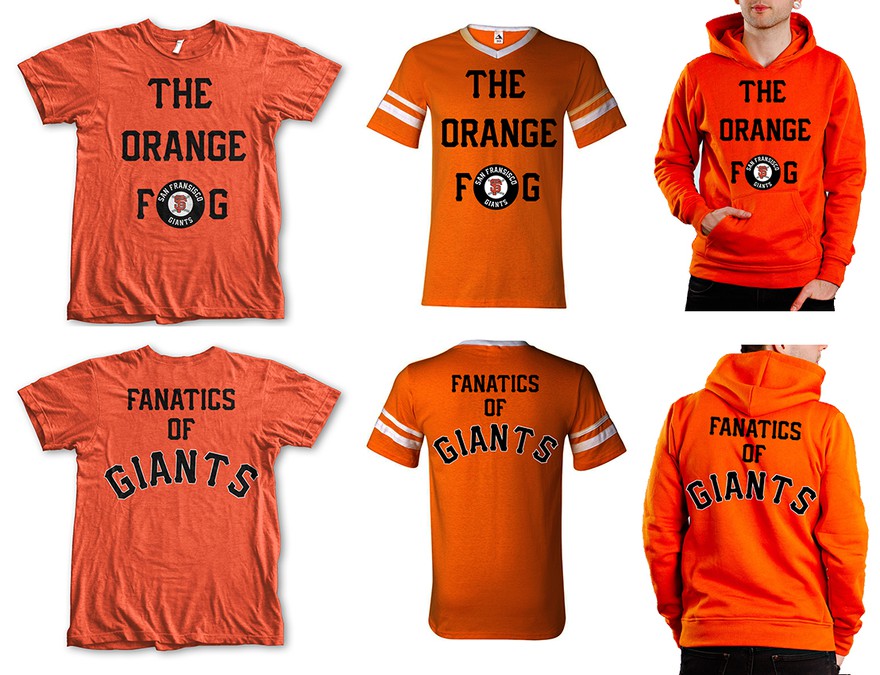 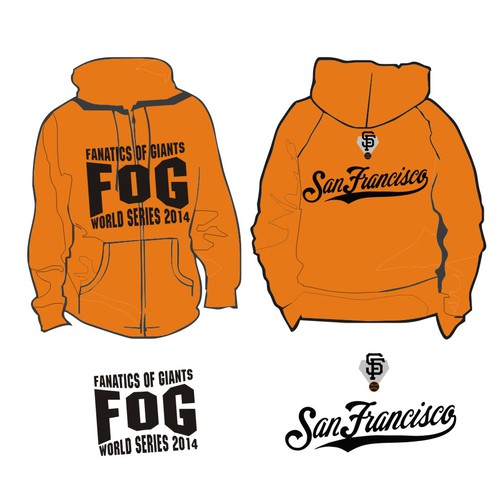 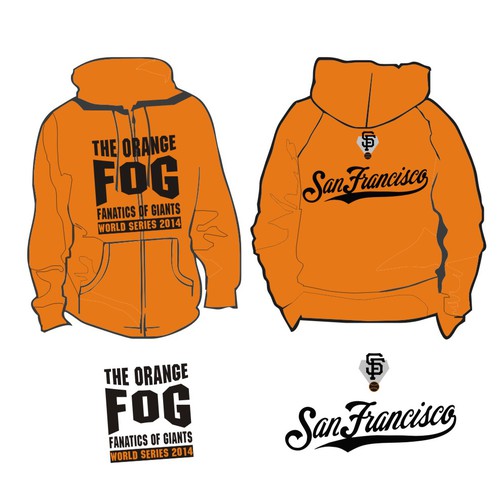 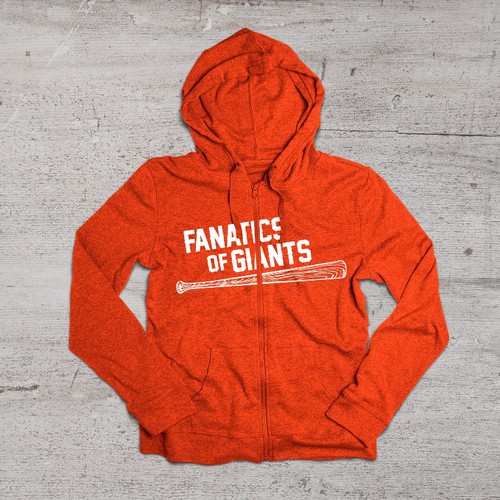 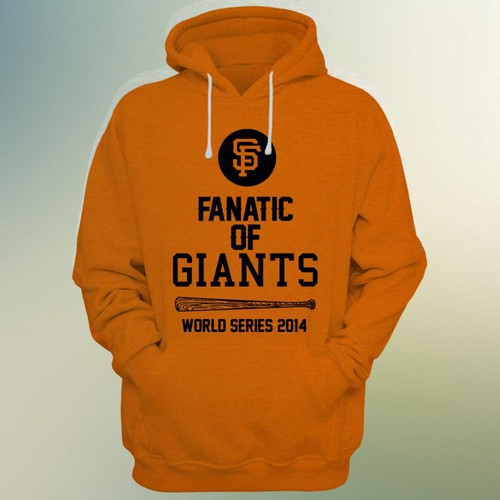 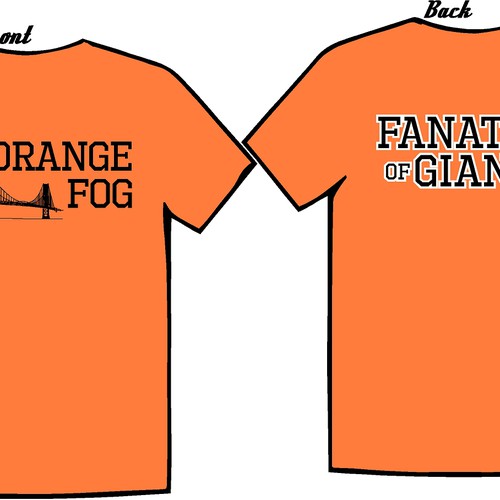 The SF Giants are going to the 2014 World Series!

My husband and I live just 3 blocks away from the stadium, and we love
how the streets turn orange before and after the game. It's a fog of
orange fanatics walking happy and excited to watch the game with
their families or running around cheering and hollering in
good (sometimes drunken) fun after the game. On Wednesday night at
Victory Hall, Rumen turned to me and said, "You know what. The City
is famous for its fog, but it really should be famous for its orange
fog." Hence, since we're going to the World Series, we'd like a shot
to make that happen - whether we win or lose. We want the Orange FOG
to be seen everywhere - from San Francisco to Kansas City and
anywhere in between. F=Fanatics O=Of G=Giants.

Assignment: We'd like a shirt design that can easily go on a pullover
hoodie, t-shirt, or v-neck to help spread the Orange FOG. We've
created an idea of the look we were going for (attached in the hoodie
picture), but we want to take it to the next level within less than
10 hours. We will be partnering with a local SF company to
manufacture the shirts ASAP. We will be using simple shirts and
hoodies, so any designs must be able to be printed (such as what
looks like stitching detail on the pockets of the pullover hoodie).
Have fun, get creative, and help us spread the SF Orange FOG!