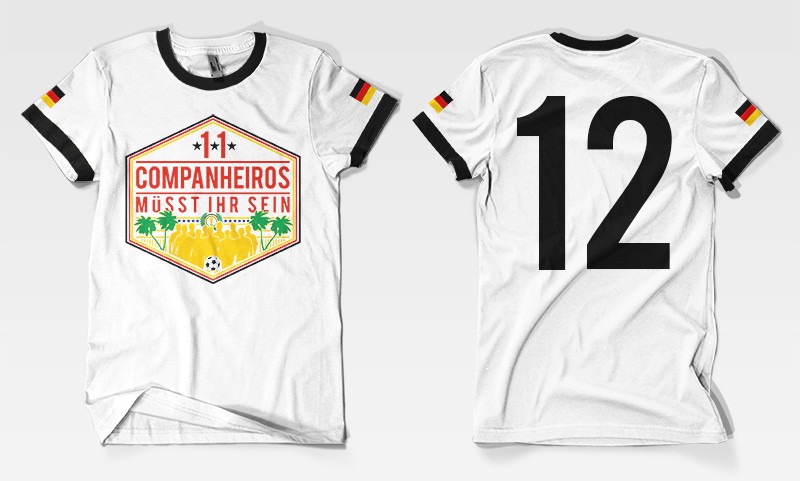 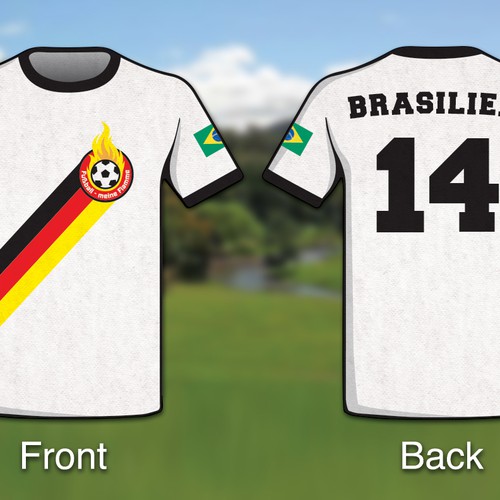 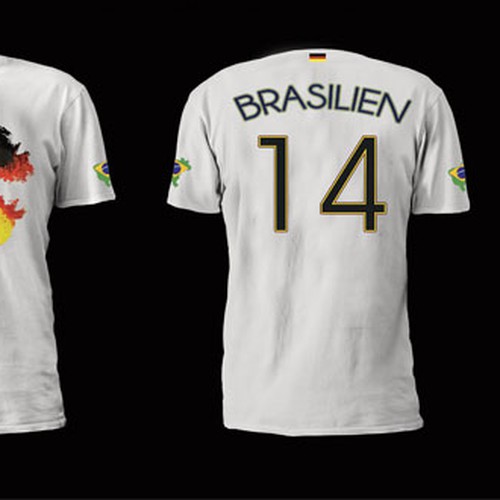 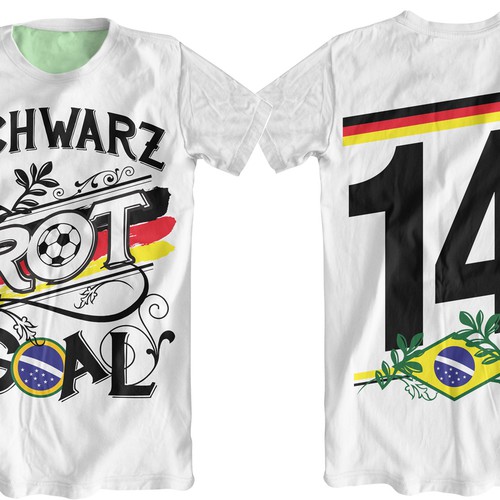 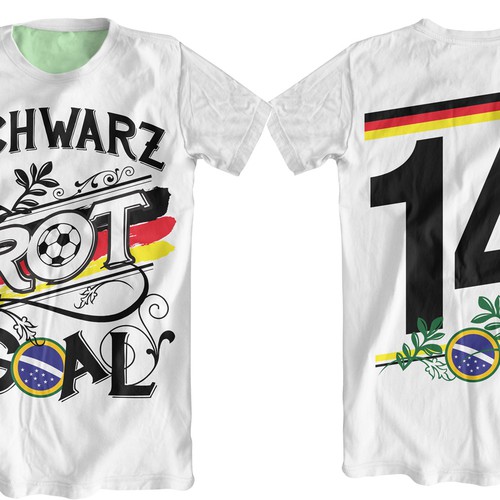 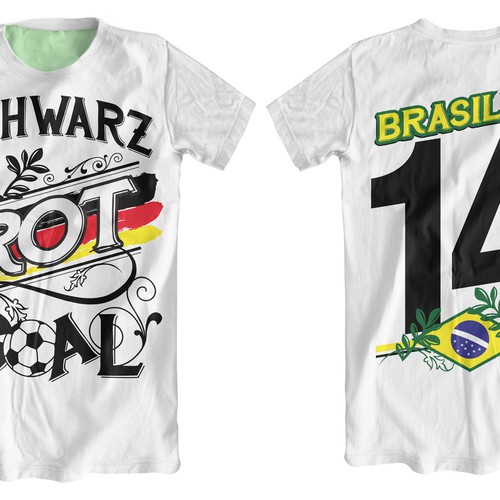 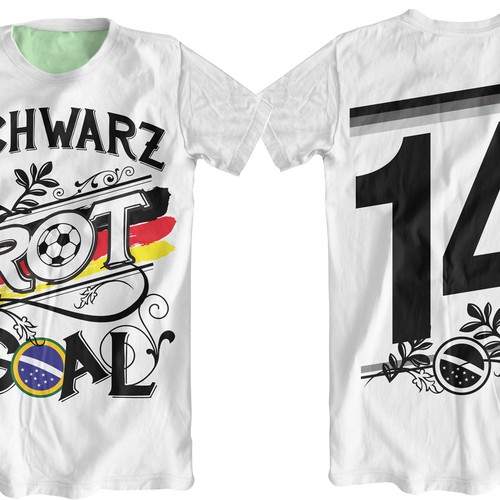 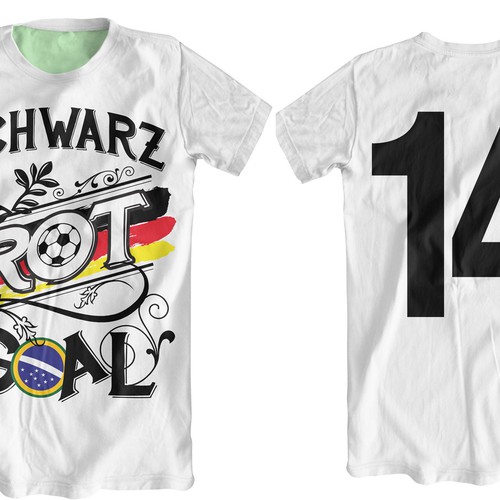 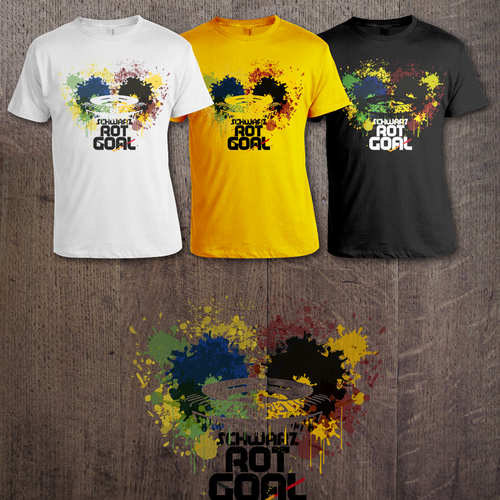 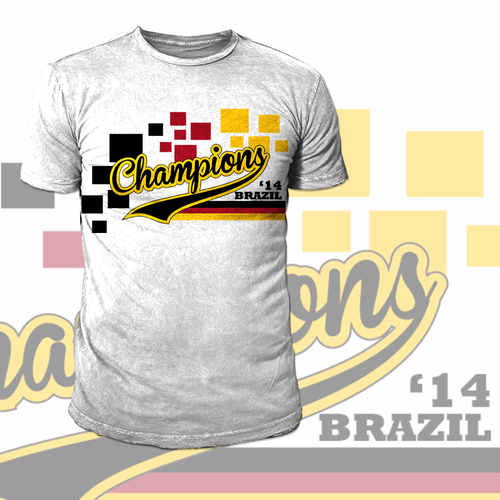 Since 2006 German football fans are "showing colours". In the summer of that year, millions of football fans celebrated the German national team, for the first time while waving the national flag. 8 years later football fans all over the world are getting anxious about the upcoming world cup in Brazil. But what to wear when winning 3:2 against the Netherlands in the quarter finals? What to put on when going to the office the day after a glorious victory against England (with penalties of course!)?

We call for designers from all over the world to present their designs for a new "alternative German jersey". Which is not nationalistic, but proud of it's (football) heritage. Which uses black-red-yellow – or is mixing these with the Brazilian colours (or whatever you think works best). Which is more streetwear than a traditional sweaty polyester-jersey. Which is a totally new approach to the question: What to wear as a fan, when Germany is winning the world Cup against Brazil?

We want to sell the best shirt to the fans – without making profit, but with to the idea to change the mind of how football jerseys are to be designed, produced and sold in the future. A share of the revenue will go to football-related charities. And the winning designer will be presented on the social media channels of marcel-ist-reif.de throughout the world cup and will get 500 Euros.

We are looking forward to your great designs!

General advice:
- The overall design should reference to football (of course)
- We want to print your design on a T-Shirt afterwards (because it's cheaper than a polyester jersey) with silkscreen. You can use as many parts of a normal T-Shirt as you want, but keep in mind that for every part we have to print on the shirt, the shirt is getting more expensive – and we will sell less.
- The base colour of the shirt could be white – but red, yellow, black or whatever else as well.
- Be aware of the colours. We can't print CMYK-Colours, instead we will print HKS or Pantone (coated)
- Please use size M as a reference size for your design
- We need the winning design in an eps-format afterwards

- Important: Unconstitutional symbols, trademarks or other things protected by copyrights are not allowed!!!

Dos: What is allowed in your design?
- The colours black, red, yellow – or black and white. And much more colours if you want, for example a combination with the Brazilian colours
- An eagle
- Any numbers on the back
- Different typos (“Schwarz, Rot, Goal” for example)
- New symbols if you want (instead of an eagle etc.)