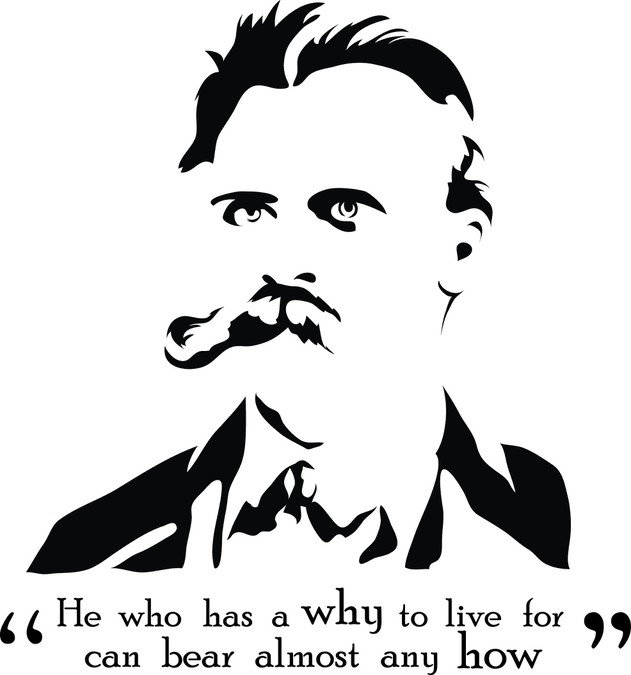 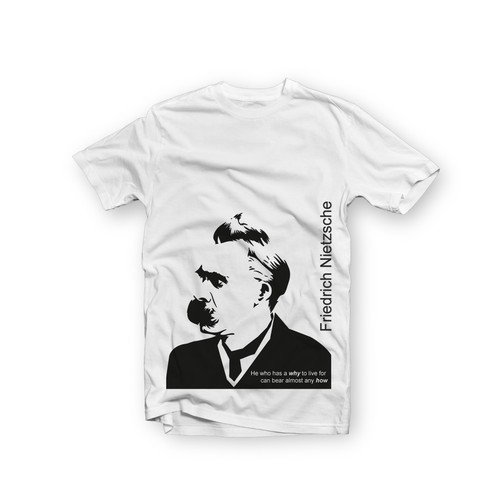 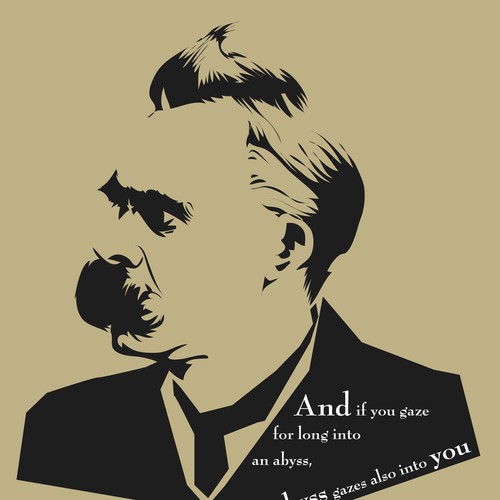 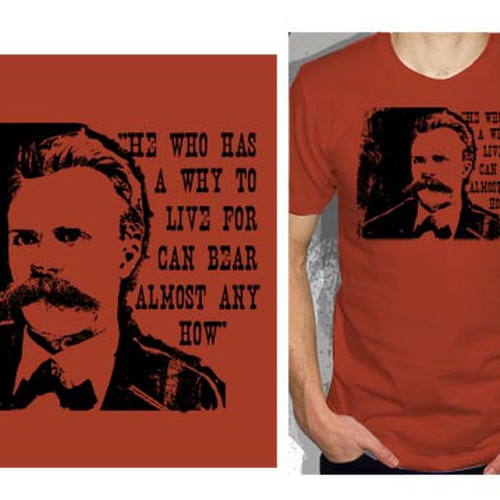 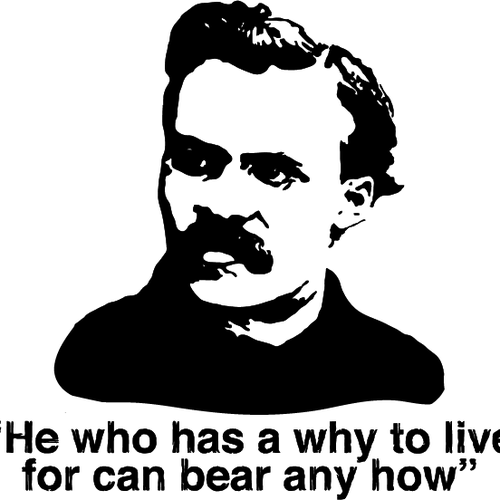 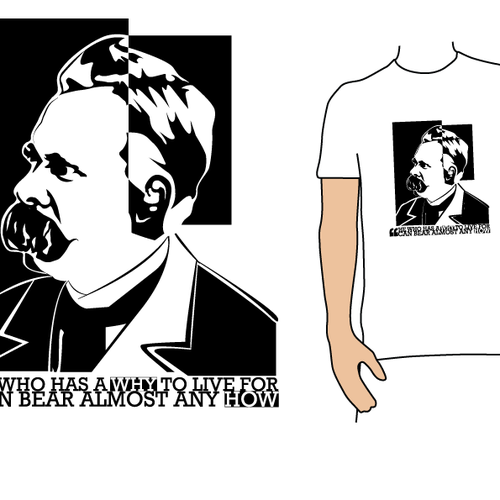 We sell t-shirts with screen printed designs of popular alternative idols in the world of philosophy, art, literature, music and film. All designs contain a basic formula: only the bust of the person, a positive/negative space representation and a few relevant words underneath the person to suggest who it is.

For my first shirt I would like a representation of Friedrich Nietzsche. As stated above, the basic formula is (1) the bust of the person, (2) a positive/negative space representation and (3) a few relevant words/quote underneath the person to suggest who it is.

I attached a few pictures of what he looks like. I would think he would look best head on but I'll let you be the judge of whatever works the best. I'd say represent him without glasses. Also, remember this is NOT a literal representation with a lot of details but rather to capture his "essence." At the same time, it should not be a parody or too exaggerated version of him (except for perhaps the mustache which could be fun if done well).

The few words underneath will be “He who has a why to live for can bear almost any how” (quotations included on design). You can also try the quote "And if you gaze for long into the abyss, the abyss gazes also into you."

I also attached 2 pictures of similar positive/negative space design of different figures that might give you an idea of what i'm looking for. Don't straight copy them though, be creative with what you think looks the best.

Update:
Please do not just copy the pictures I attached- create your own basic positive/negative space representation.

Hint: If you have seen the movie "Little Miss Sunshine- the character Dwayne has a poster of Nietzsche in his bedroom- that's pretty similar to what I have in mind. (Maybe with the full bust though)