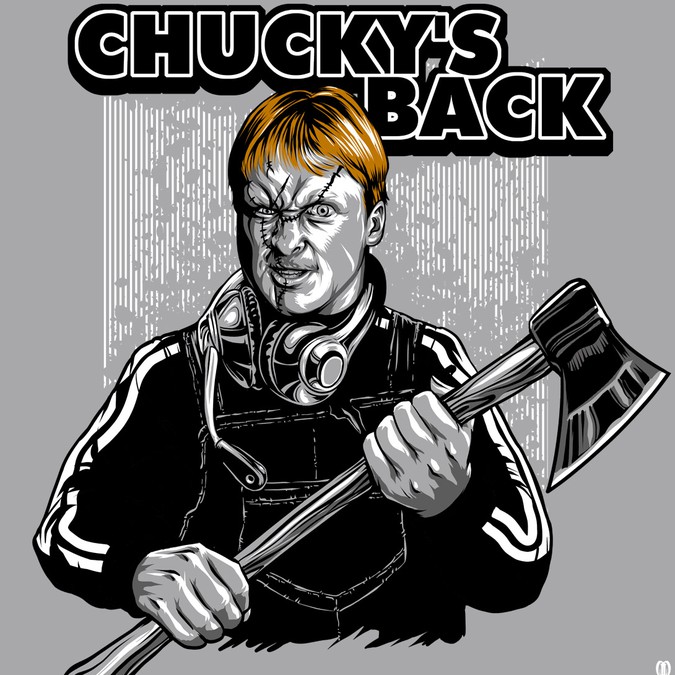 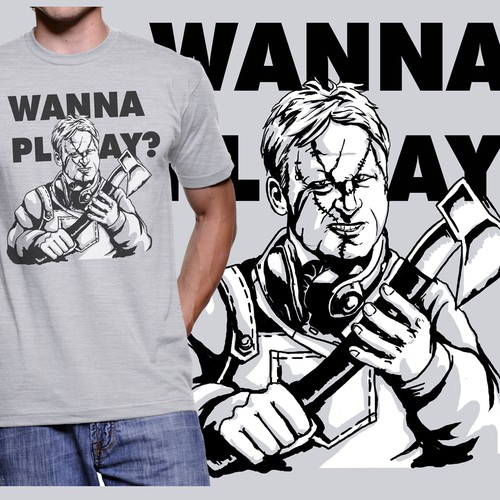 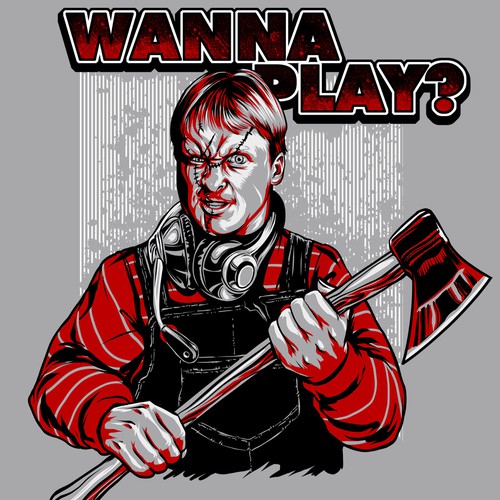 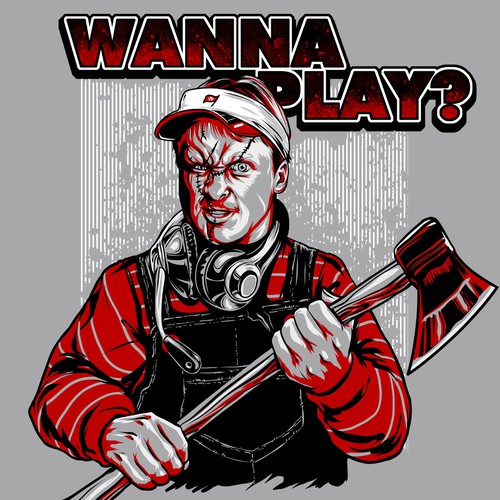 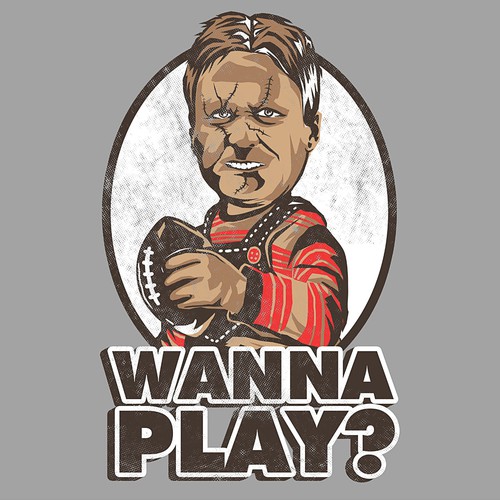 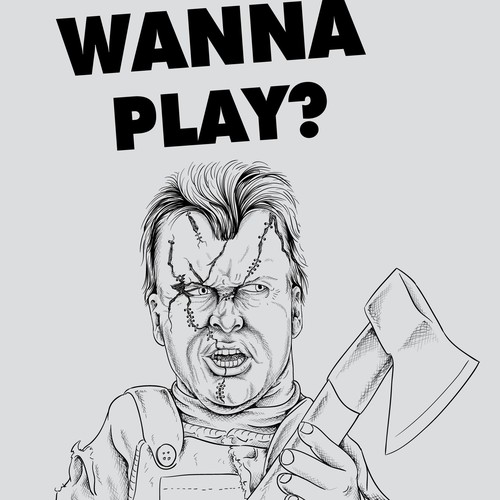 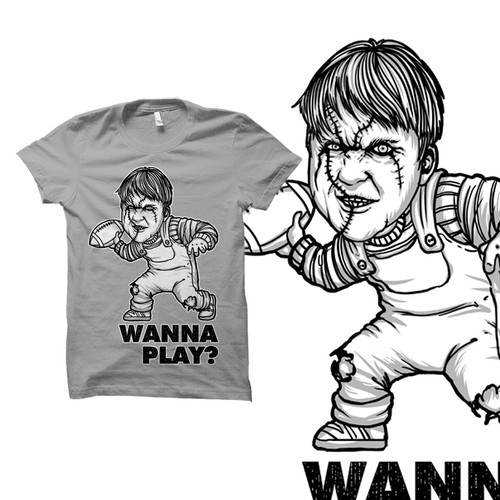 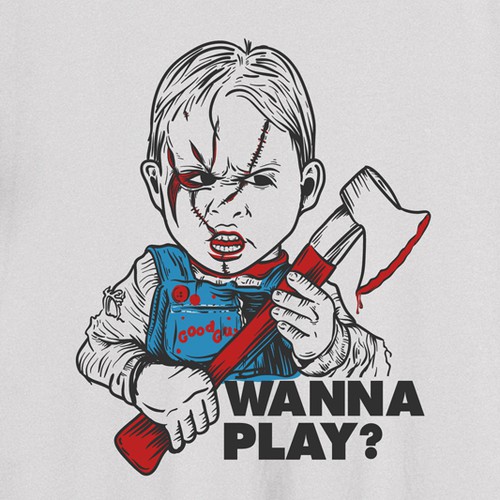 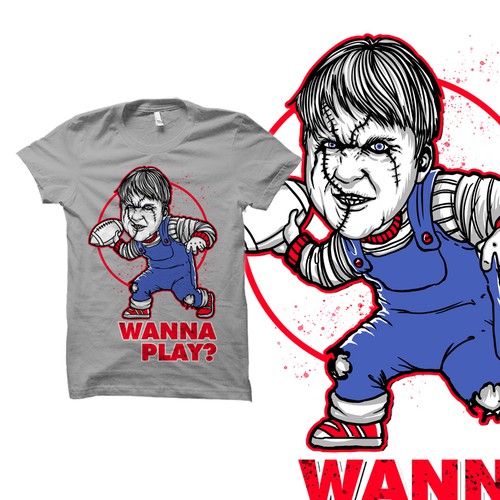 This will be a sports fan t-shirt with a clean graphic and modern text on grey background. Shirt will be screenprinted, so need to use between 1-4 colors.

This shirt will be a parody of two known things.

Jon Gruden is going to become the coach of the Raiders (image attached) and his image can be found by googling "Jon Gruden."

His nickname is "Chucky" due to his likeness with the movie character "Chucky" (image attached) from the movies "Child's Play." His image can be found by googling "Chucky child's play."

There should be text under the image, or to the side (whichever you feel is the better design) using the following font http://famfonts.com/oakland-raiders/ saying "Wanna play?"

The image should blend the faces of "Jon Gruden" and "Chucky" and contain the text "Wanna play?"

I have provided images for both "Jon Gruden" and "Chucky," but you can find many more by googling their names. We would like for the result to be an angry face, scowling, with distinctive features from both.

This is going to be screen printed, so it would be best to avoid shading or gradients and should contain only solid colors, particularly black and white, the stand out against a light grey background.