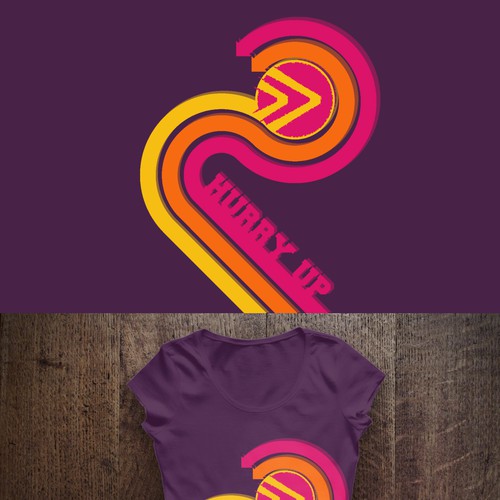 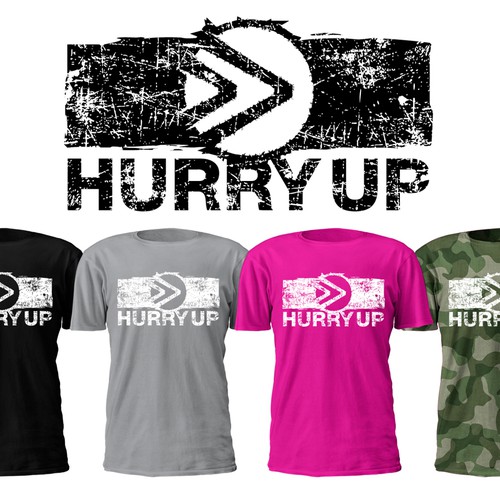 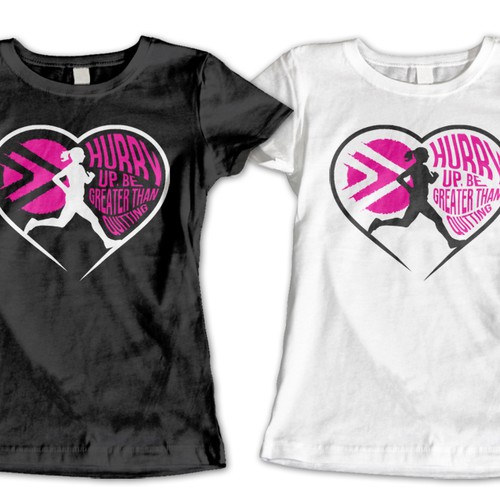 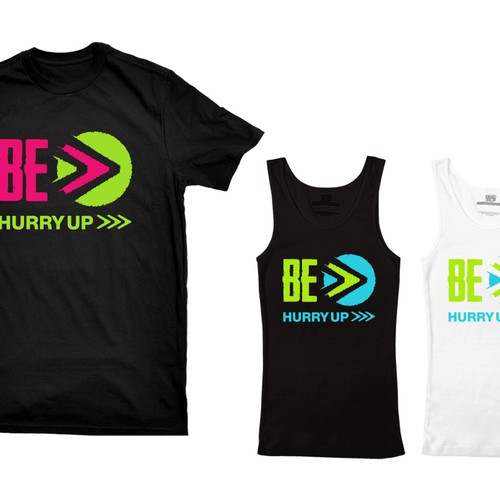 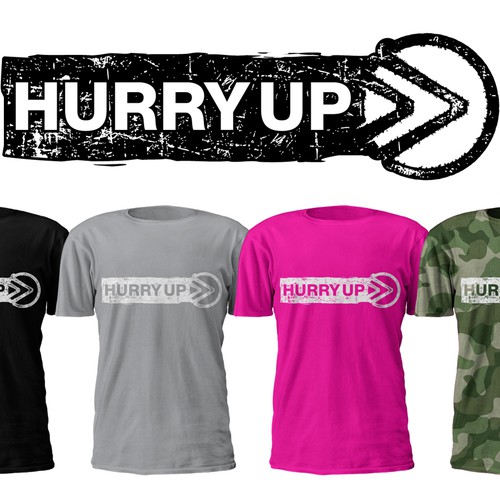 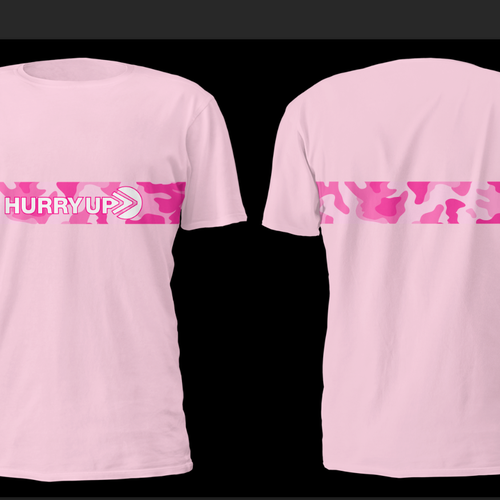 This is a running brand, that is meant to inspire people to exercise.

Fall fashion has light pink and camouflage. I would like to see that
included as an option.

In the above examples, "Greater than" would be the logo instead of the
words written out on the shirt....in other words, use the Logo as the
greater than symbol >

And...it doesn't need to have greater than on it...I really just need
something more creative and fun than I have today.

What is Hurry Up? Hurry Up was started because my significant other
was acting like a smart ass and said he was going to wait at the
finish of my marathon with a sign that said "Hurry Up!" because he
thinks running is boring to watch. Somehow Hurry Up caught on with
some local runners, and now I use it to encourage people to exercise.

Hurry Up is about crossing the finish line. It's about winning your
workout, today's workout. It's about inspiring others through example.
It's a mantra,...

The logo is required and "Hurry Up". Here is a link to existing
T-shirts. The goal is to spice these up.

Fall fashion has light pink and camouflage. I would like to see that
included.