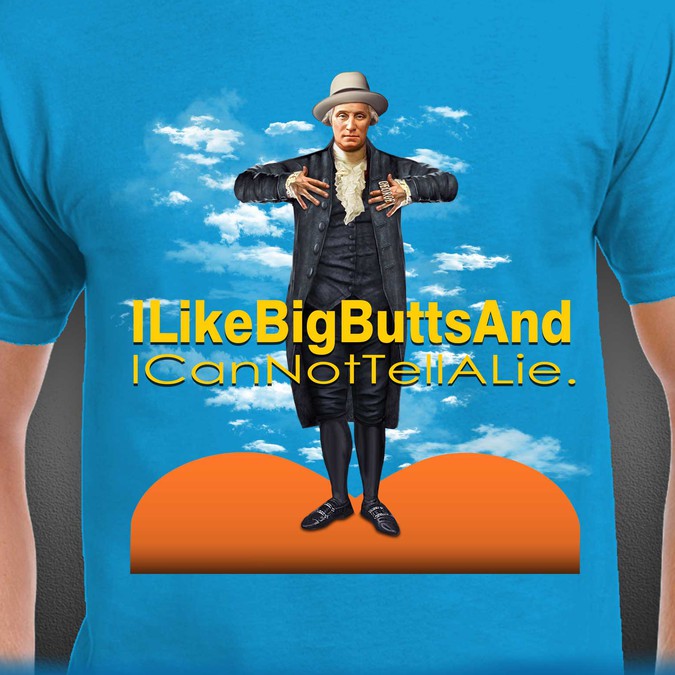 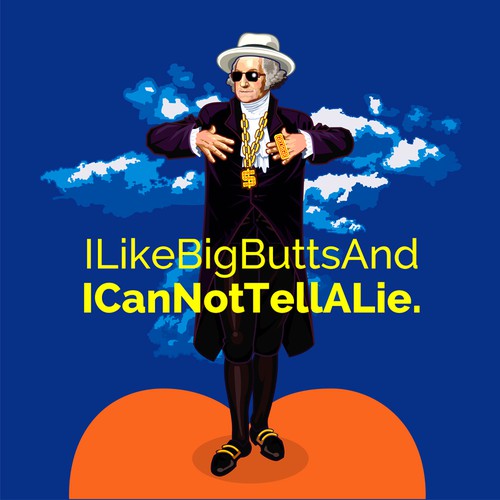 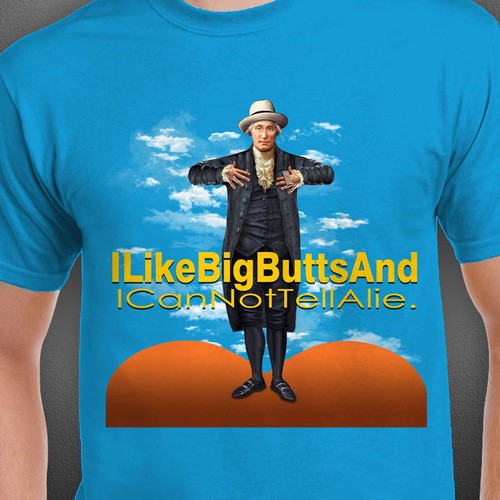 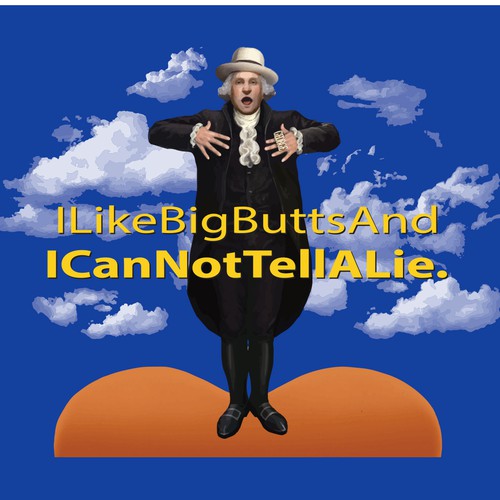 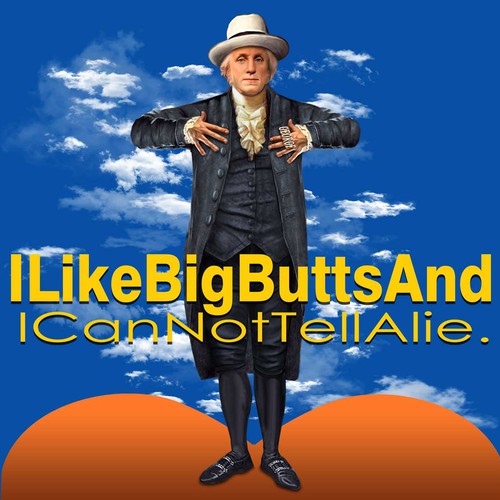 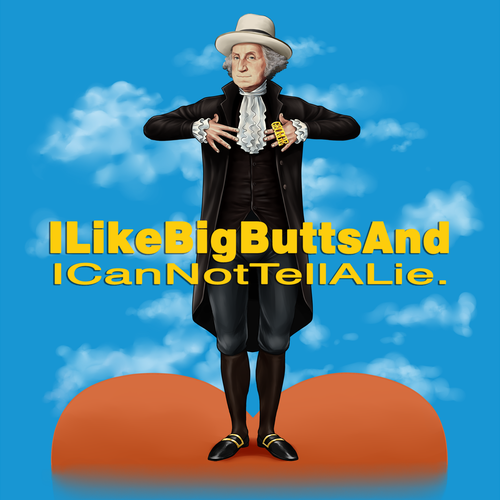 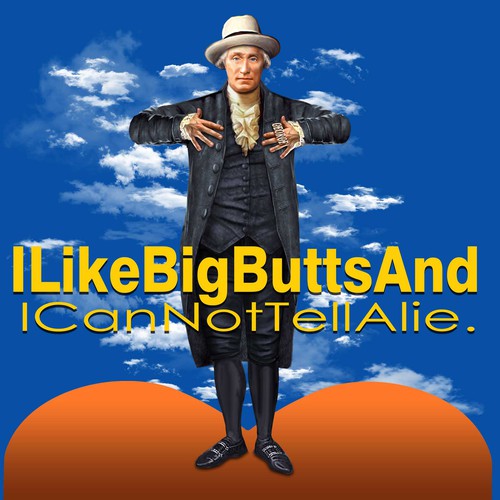 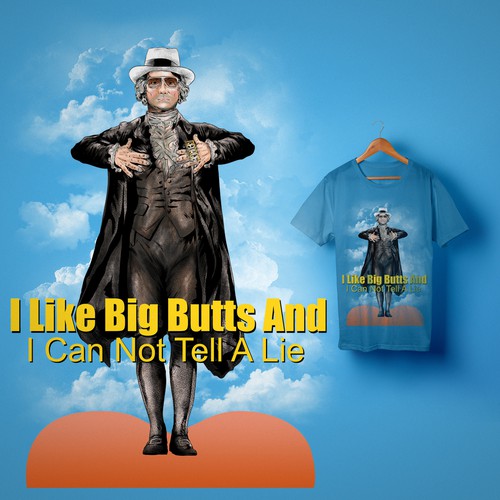 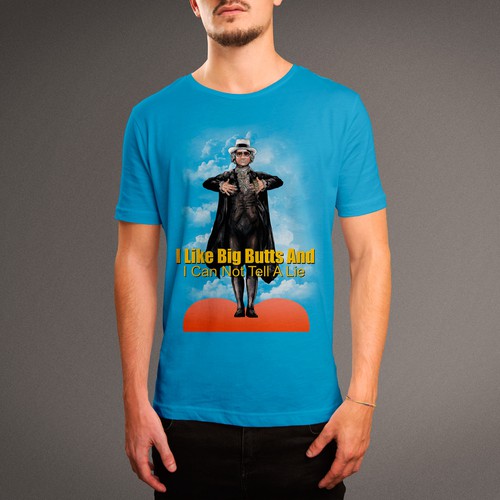 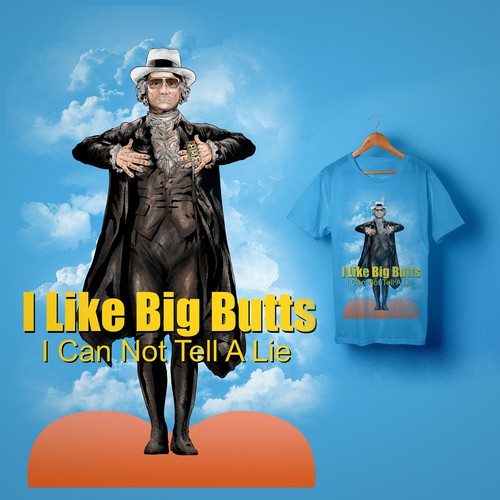 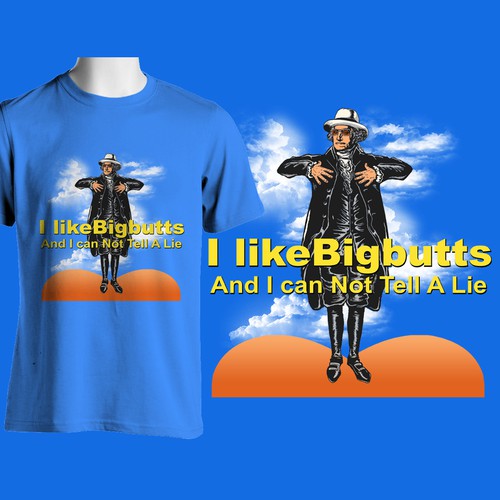 I've also attached the original PNG file (labeled "George Washington") of the initial design that I'm looking to improve. I'm content with everything about the design except for George Washington himself, so that's where your design skills are needed. Therefore, if it's possible with the PNG file I've provided that you're able to simply take the current GW out of the design and replace him with your own GW without any major adjustments to the surrounding design then that's acceptable.

My main complaint of the current GW is that it's basically just a copy and paste of the body of Sir Mix-a-lot from his album cover and a face of GW that was probably taken from a Google search. The two problems with this is that the image likely won't scale up in size very well when it comes time to print, and GW's clothes need to be of his time period so that it's easily recognizable who it is on the shirt.

Therefore, I would like your design to include an original creation of GW with clothes from his time period in the same stance as Sir Mix-a-lot from his album cover. I've attached the file "Baby Got Back album cover" in case you're not familiar with it. George can just be giving a grin though, he doesn't need to have his mouth open like Sir Mix-a-lot on the cover. I'd like your creation to be detailed and realistic. I've attached the files "GW clothing style", "GW's clothing color", and "GW's facial structure" to show the style of George I want. I'll leave the fine details up to you but little details like giving George a hand accessory in the style of Sir Mix-a-lot that says "George" and maybe a hat and glasses to add a splash of humor will definitely help your design stand out. Other than George, the rest of the design (the clouds and platform he's standing on) should closely resemble the attachments files I've included in the brief.

An original creation of George Washington from his time period playing off Sir Mix-a-lot's "Baby Got Back" album cover with the text "I like big butts and I can not tell a lie" to go along with the clouds and platform that George is standing on in the attachment files.

Stock images or copying and pasting images from the internet.