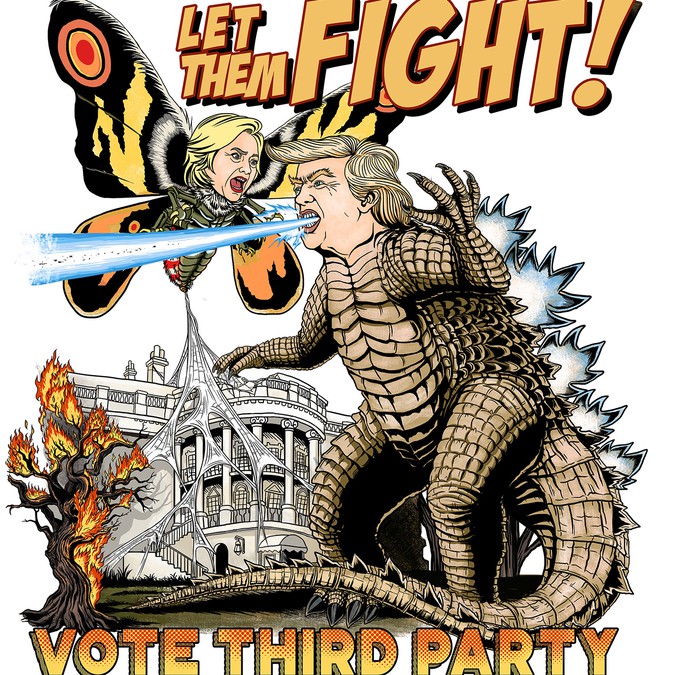 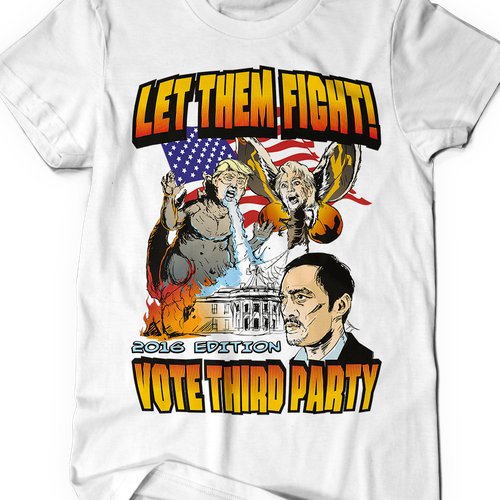 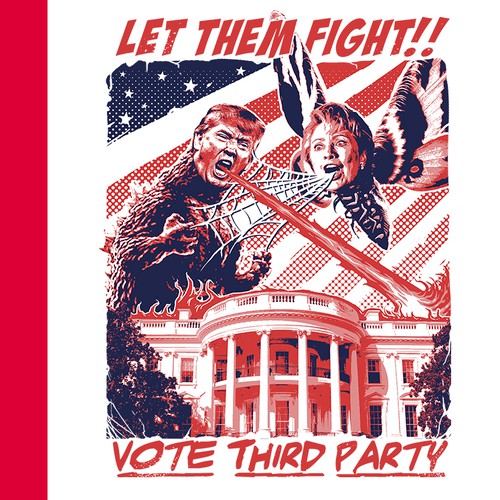 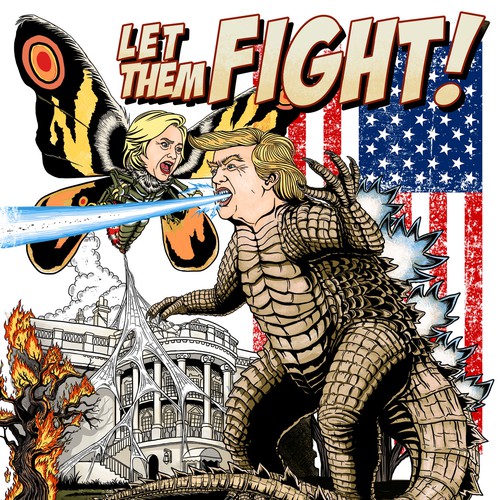 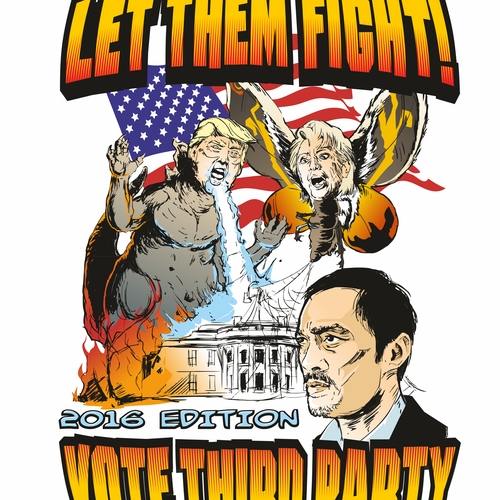 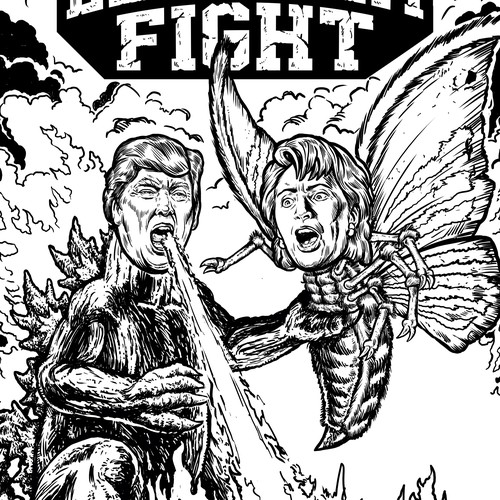 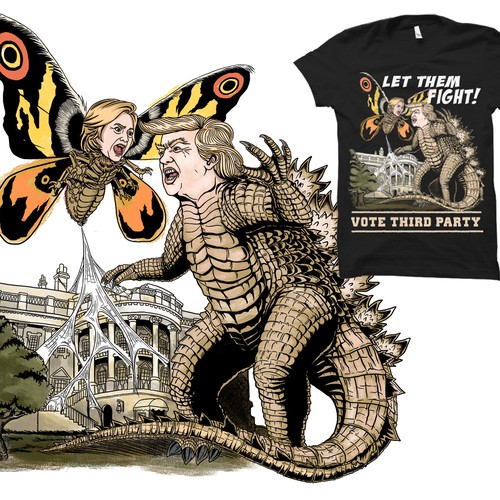 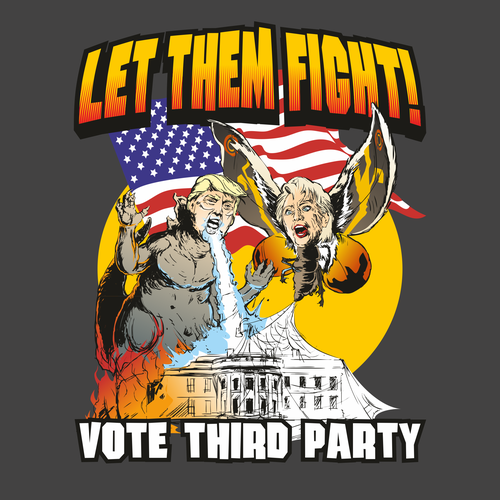 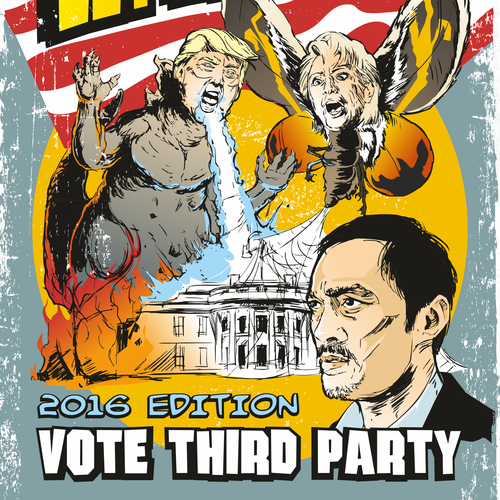 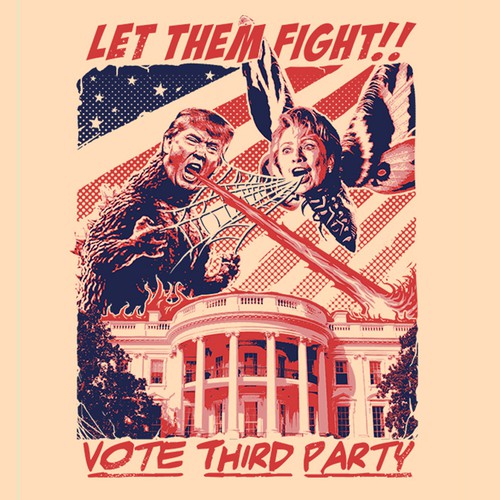 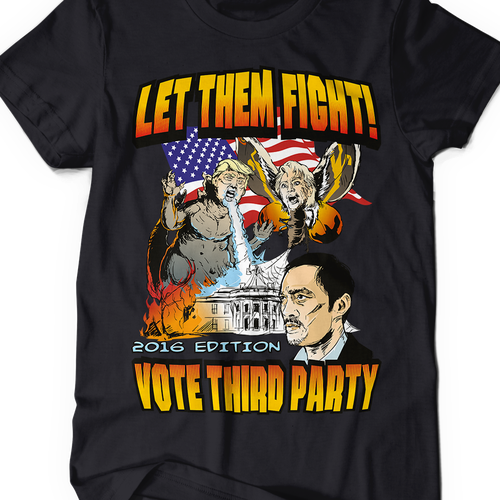 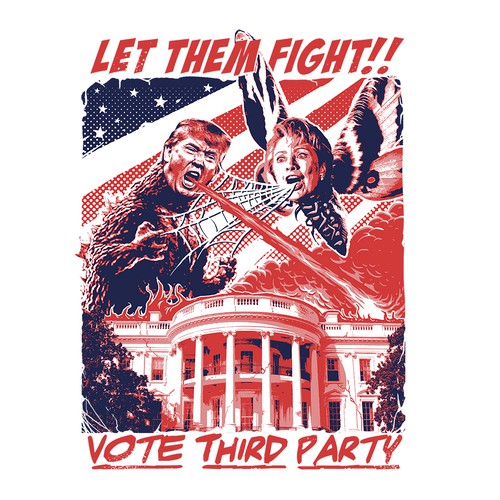 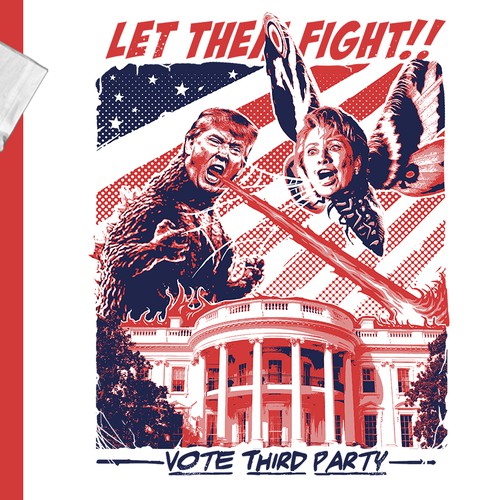 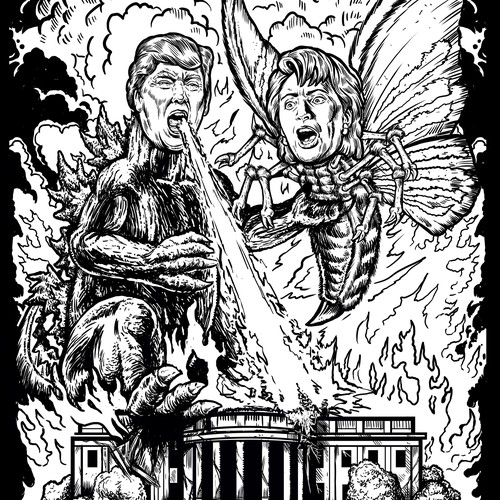 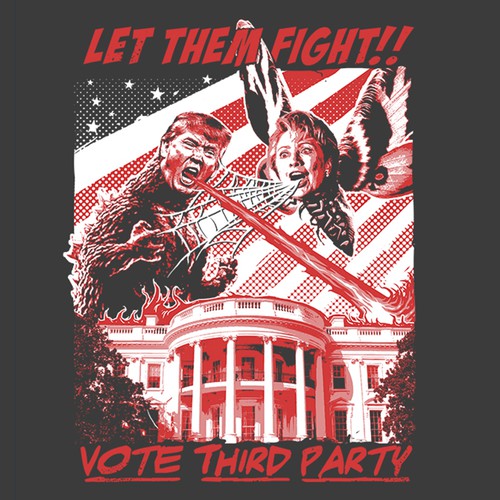 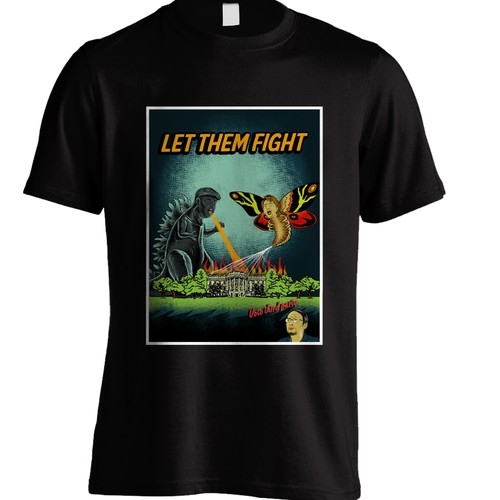 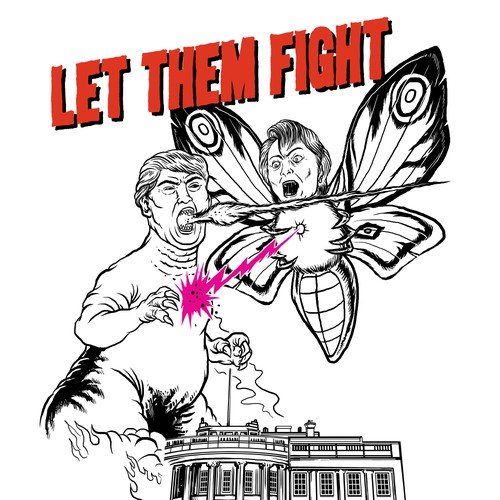 2) Oversized Angry Hillary Clinton head on "Mothra" or giant moth style monster body. I'd prefer no clipping of the wings with a frame, so if you can adjust their angle of attack to narrow the wingspan or adjust her position within the image to fit it would be ideal.

3) Both in positions like they're battling above the U.S. White House with Trumpzilla breathing the atomic breath and Clintothra spewing webbing from her monster moth abdomen. These attacks could be aimed at each other or parts of the White House, whatever looks best or makes more sense visually.

4) The mockup attached gives a good idea of the concept, but I'd want it all drawn from scratch to match and to fit within the standard vertical rectangular space for most t-shirts. The relative positioning and orientation of monsters and the white house can be changed as needed. I'd also prefer more color than just plain black and white for the scene itself even if it's sort of "technicolor", but either could potentially work.

5) At the top I'd like a stylized yet easy to read text that says "Let them fight!" and then at the bottom of the image a similarly styled and easily readable text that says "Vote third party"

6) The idea is based upon a meme, which shows actor Ken Watanabe from a scene in the most recent Godzilla movie. A likeness of his face could be added to complete the meme, but that could get too crowded so it's not necessary. However, if you did manage to fit it without cluttering the design it could be a nice touch.

7) Please don't feel the need to copy the surrounding trees that block much of the view of the White House. A view from the "backyard" tends to be most recognizable and is preferred.

8) One last "nice touch" but not totally necessary is to add elements of American patriotic flair such as stars/stripes and US flags, etc. I'd rather these be elements rather than become the entire style theme.

9) Since a major part of the theme is that both candidates are horrible candidates in the eyes of the target audience it will be especially important to convey their destruction of the landscape and/or the White House itself. Clintothra covering part of it with her webbing while other parts are crushed or burning.

The more detail (especially on the monsters) without getting too cluttered the better.

Looking forward to what comes out of this, thanks!

Both the political candidate faces and the monster bodies need to be very recognizable, but ideally not be an exact copy of either.