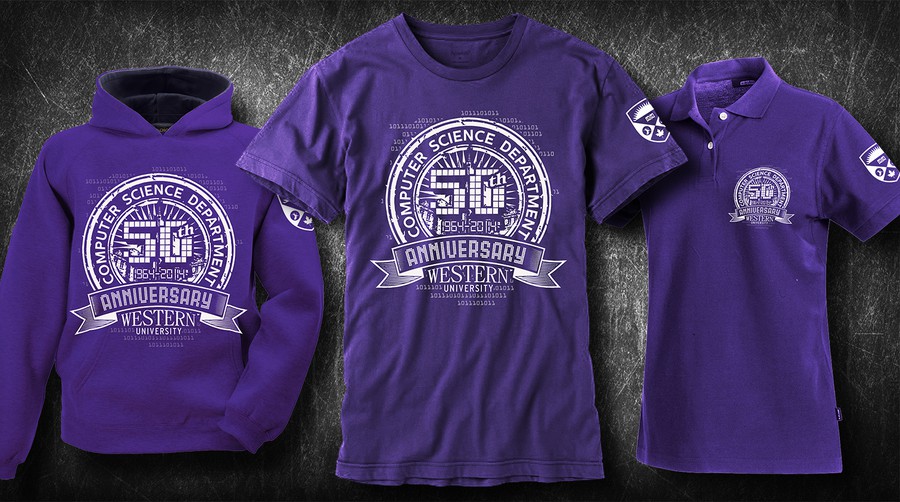 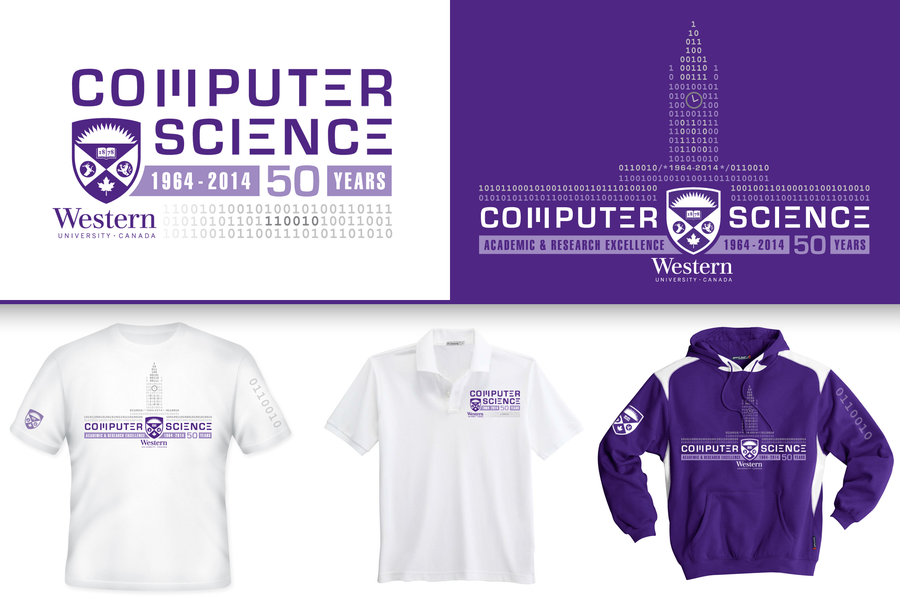 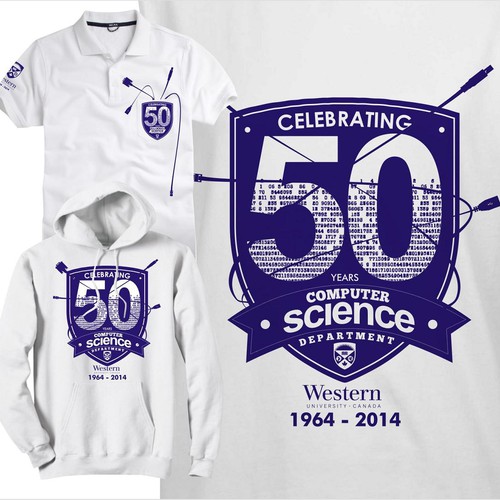 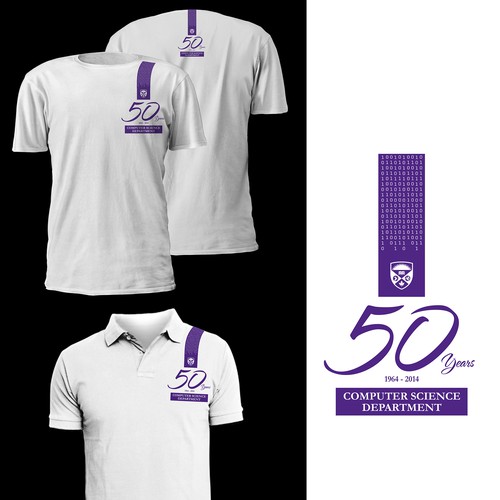 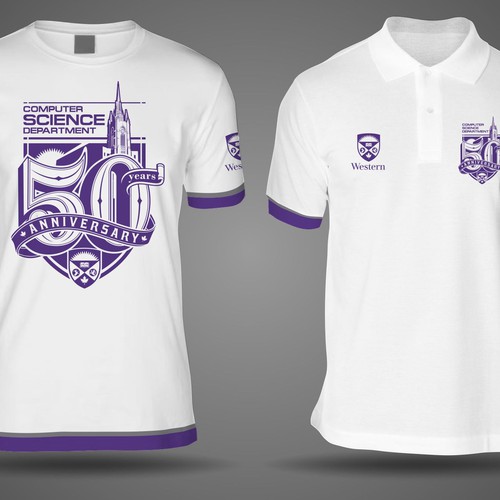 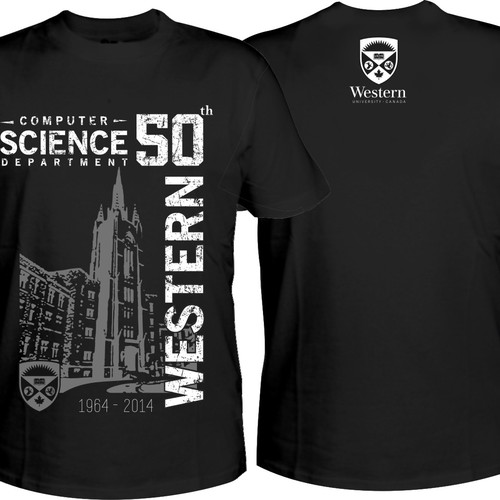 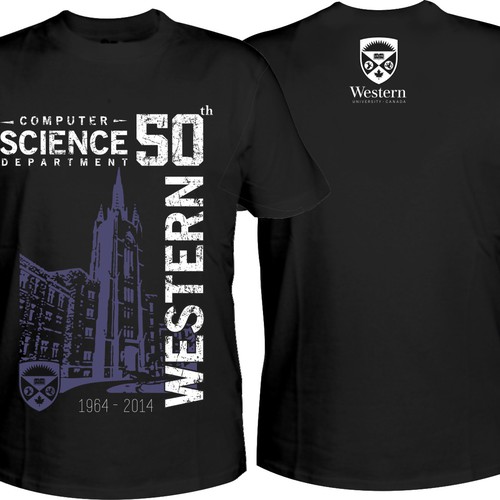 We our housed in a beautiful building.  If you would like to use that building in your design, we are open to that, but it is not mandatory.  We are simply supplying the picture for inspiration.

We are the Department of Computer Science at Western University (http://www.csd.uwo.ca).  We are celebrating our 50th anniversary this year, and would like to have a t-shirt designed to help us commemorate the occasion.

The design should be professional, but not necessarily stuffy -- we are open to a variety of ideas.

Ideally, the design should work on a purple shirt, white shirt, black shirt, or grey shirt (as long as we can switch the colours easily to work on any of those 4 background colours, we are happy, but we might like to see how submissions would look on these different colours).

Try to limit submissions to four (4) or fewer colours due to the cost of printing multiple colours (e.g. no gradient fills).

You could also include a computer or bits or something that represents Computer Science, as this shirt is to celebrate the 50th anniversary of the Computer Science department at Western University.

No cartoon characters or mascots of any kind.