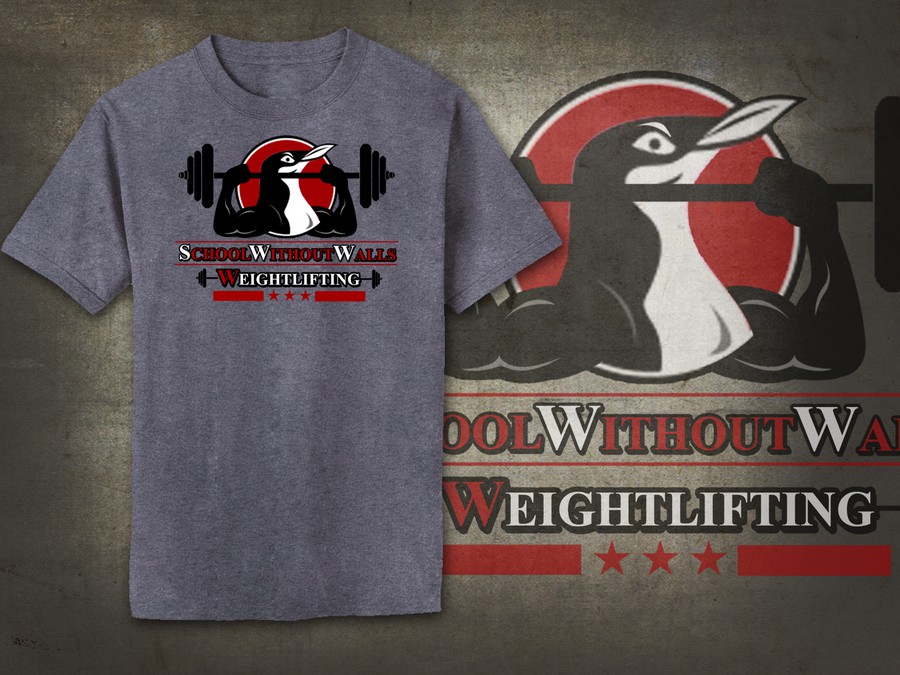 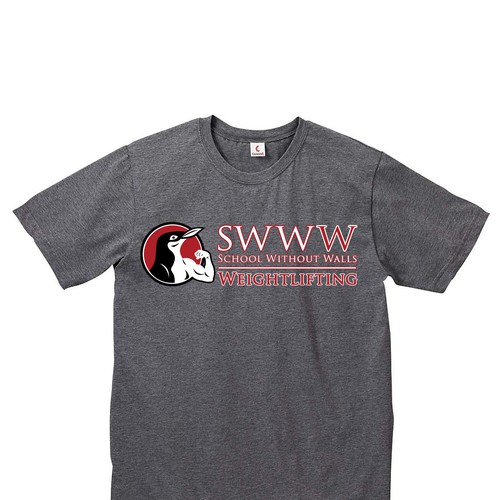 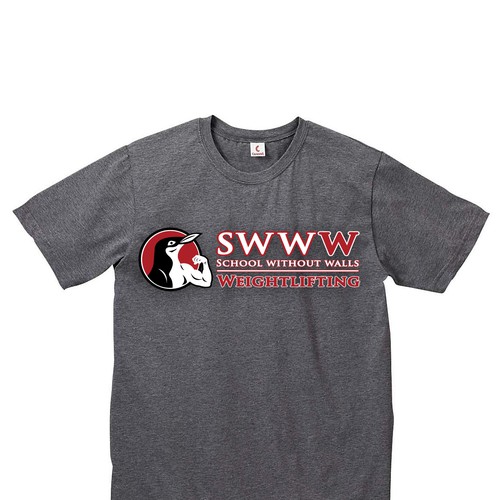 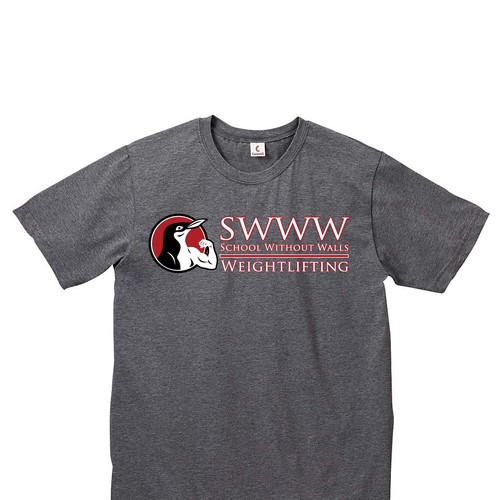 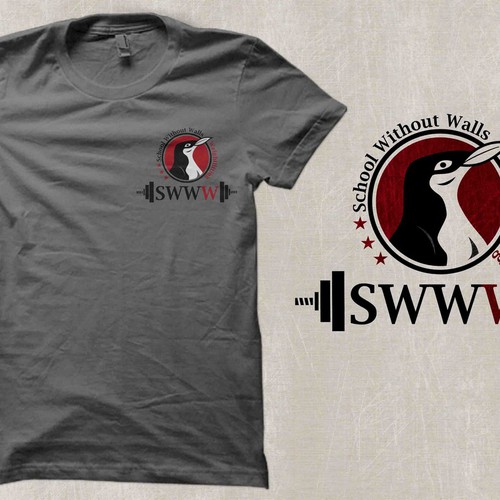 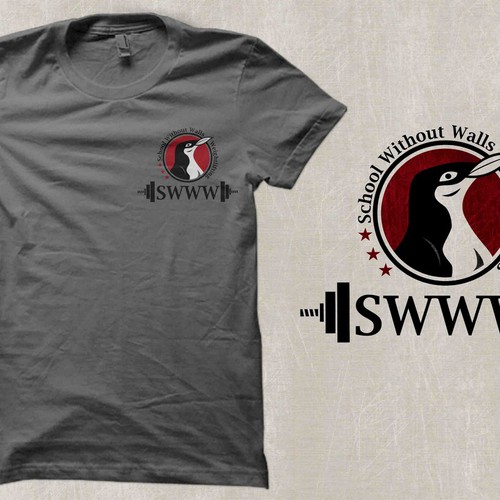 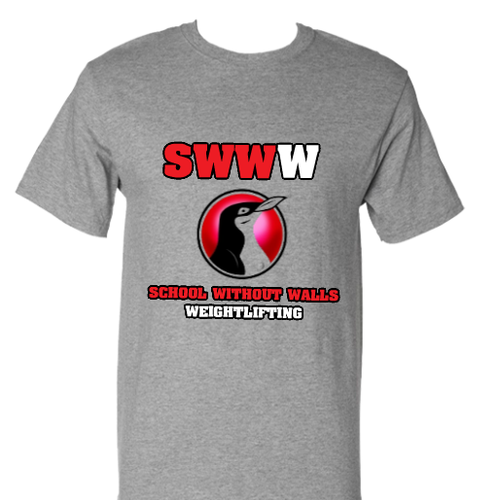 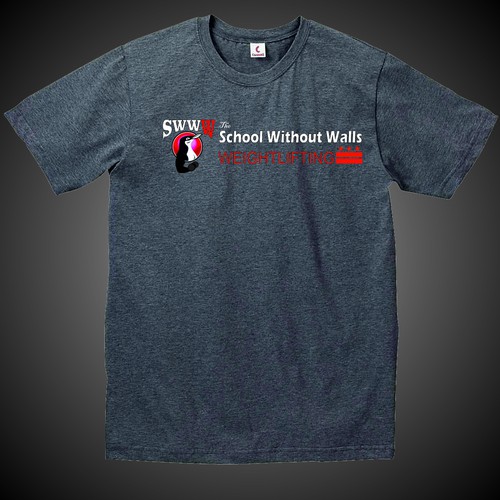 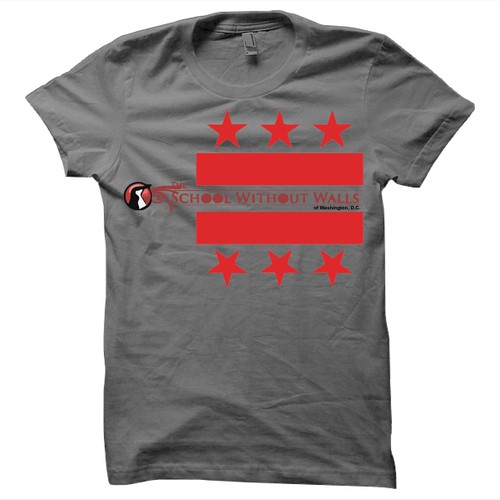 When including SWWW on the shirt, I imagined the extra W in another color than the SWW. The colors of the school logo are black, white, and red. 2-3 of these colors in the design would be key.

The shirt, as described previously, is going to be on a dark heather grey shirt, as this hides sweat stains well enough (the kids are going to be working out in them!)

It needs to remind people of the School Without Walls at first glance - in its abbreviation and mascot - but have that unique twist that sets it apart.

For typeface, please look at the png file I've attached. This would be the best for the shirt to start off, so that it reminds people of the School immediately.

I coach a weightlifting club at the School Without Walls - a public high school in Washington DC. The club has grown significantly over the past year, and now they need a club shirt!

The school is often abbreviated "SWW". Because we are a Weightlifting club, I think a great idea would be to include "SWWW" on the shirt. The extra "W" being for "Weightlifting", of course.

The words "School Without Walls Weightlifting" should feature somewhere on the shirt too.

Their mascot is the penguin, so working that into the design is also key. Some adaptation of the penguin - whether flexing an arm or holding a barbell, perhaps looking "tougher" - could be good.

Finally, an inclusion of the DC Flag could be a possible addition to the design. I included a picture of that, in case one was not familiar.

Please do not have an enormous design that covers the entire front of the shirt. Keeping everything at chest level would look good. Also, do not have a design that would make for one solid piece of ink printing on the front.

By this, I mean that people will workout in the shirt. Too much printing on the front of the shirt becomes unpleasant when one sweats - it sticks to the chest and does not 'breathe'.

Thank you so much for reading through this contest, and for any and all submissions!