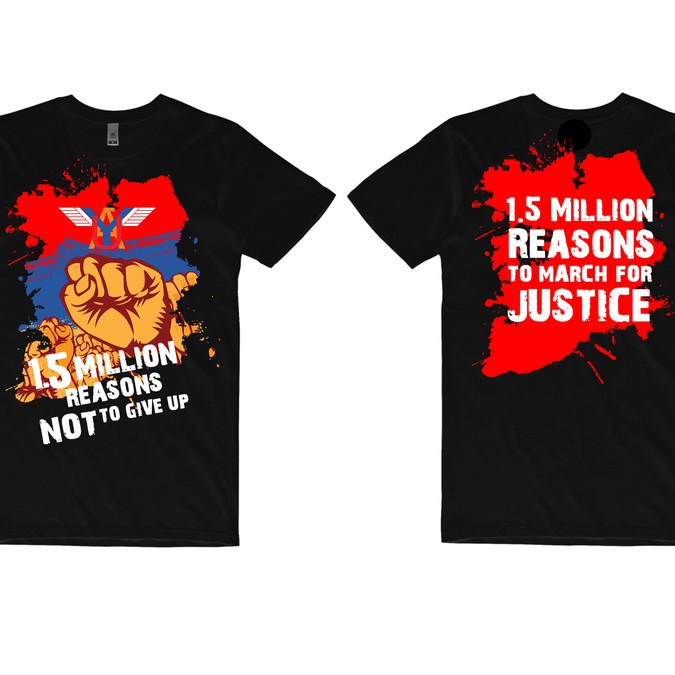 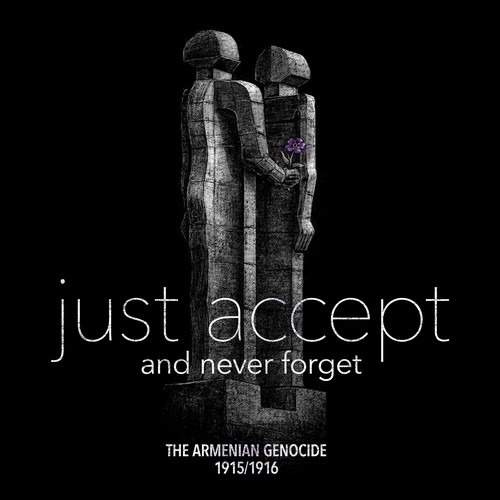 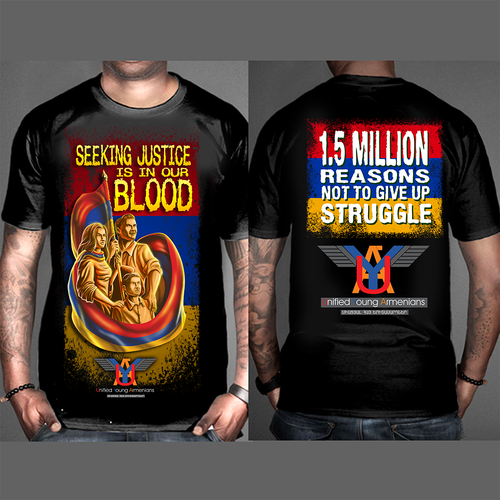 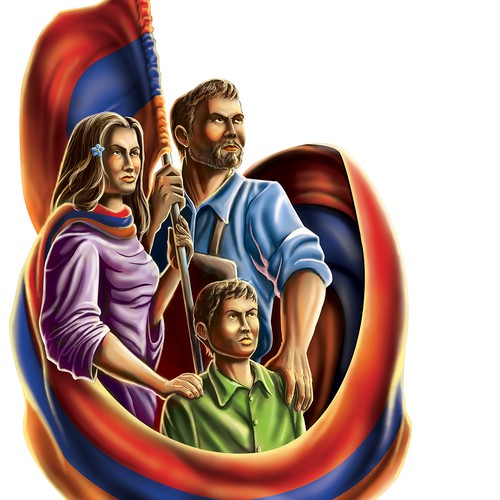 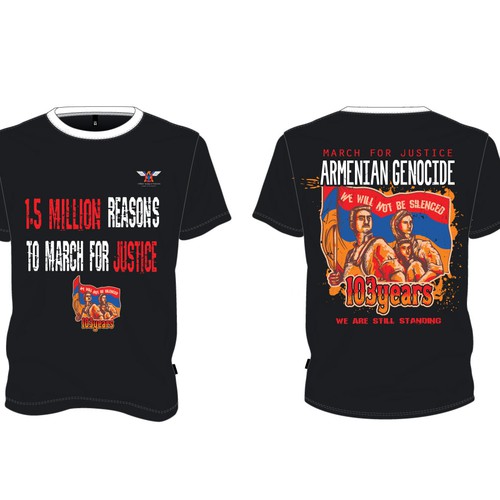 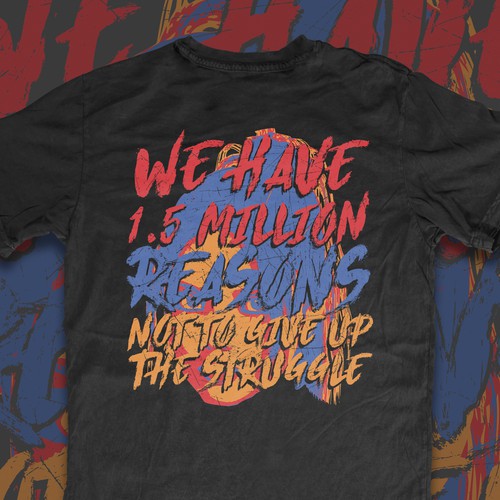 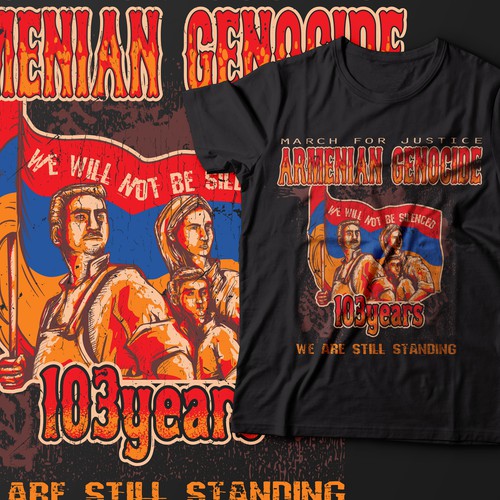 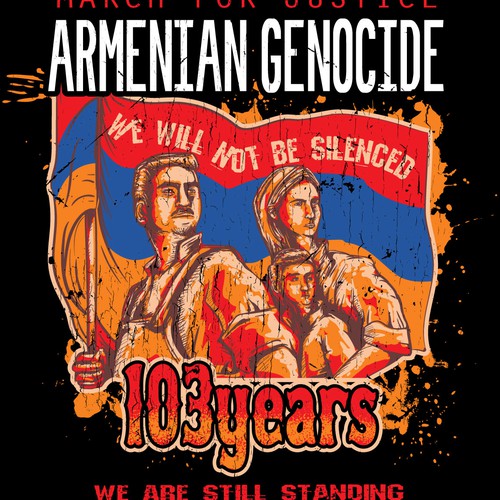 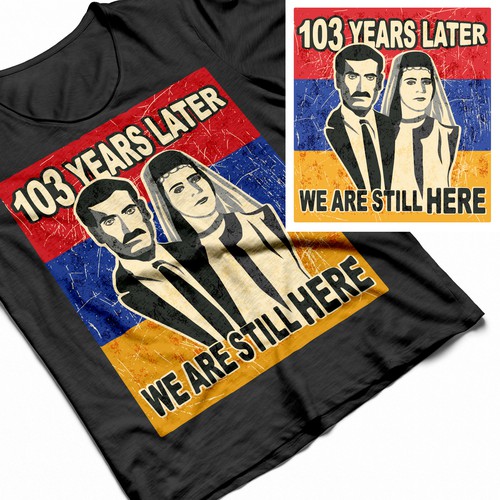 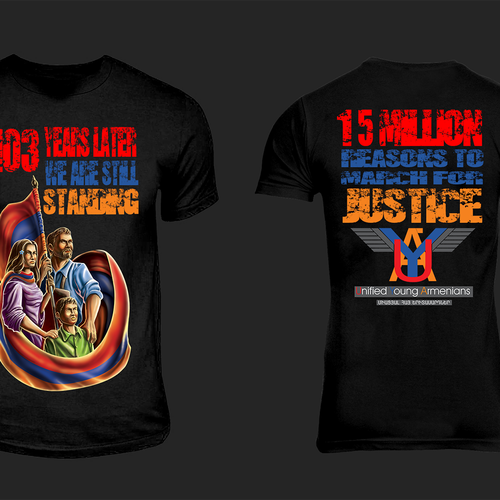 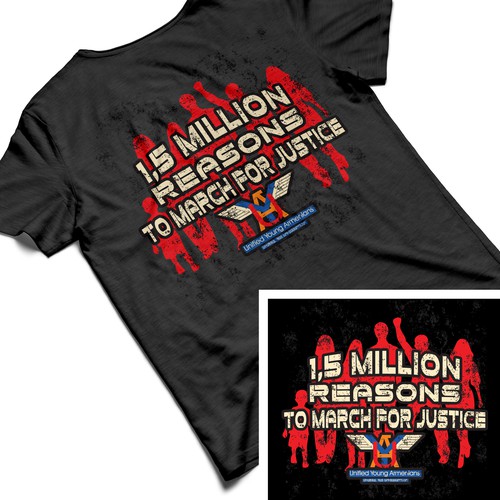 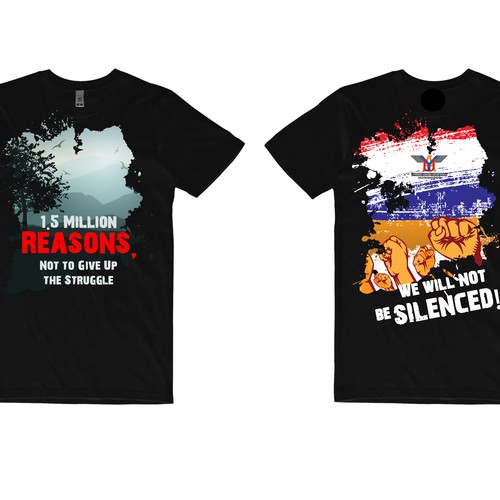 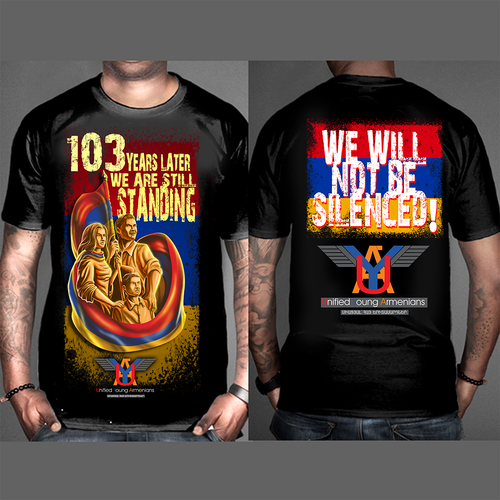 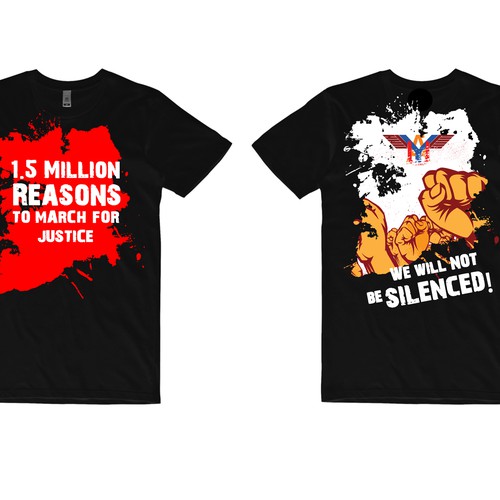 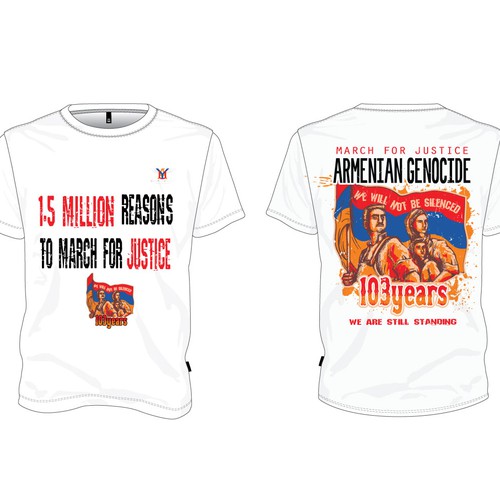 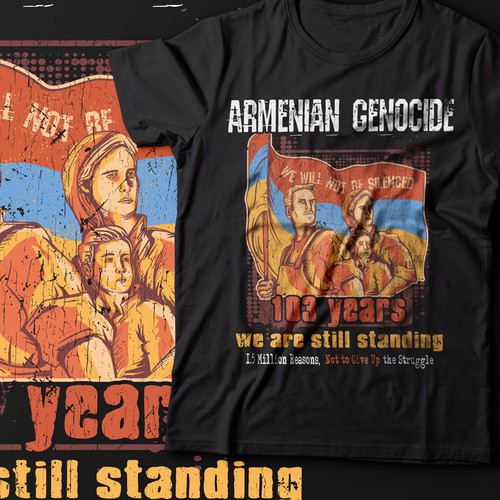 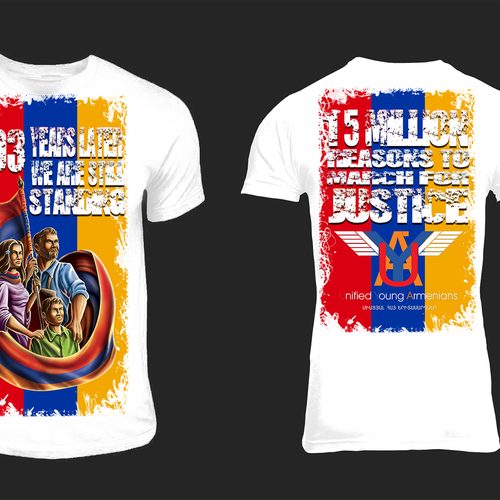 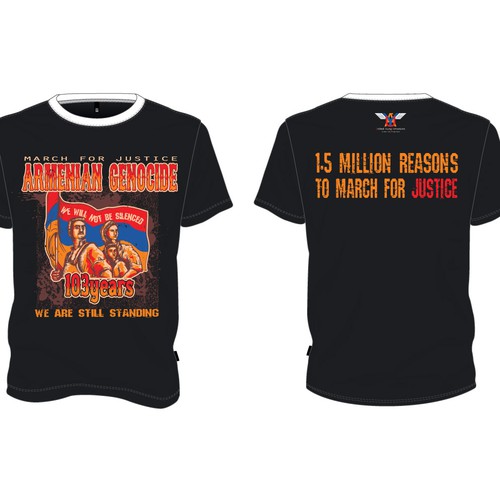 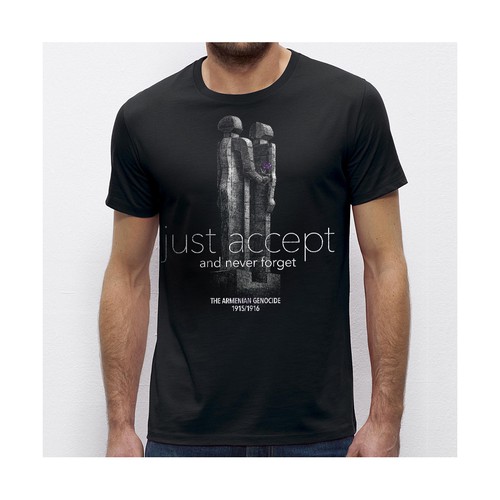 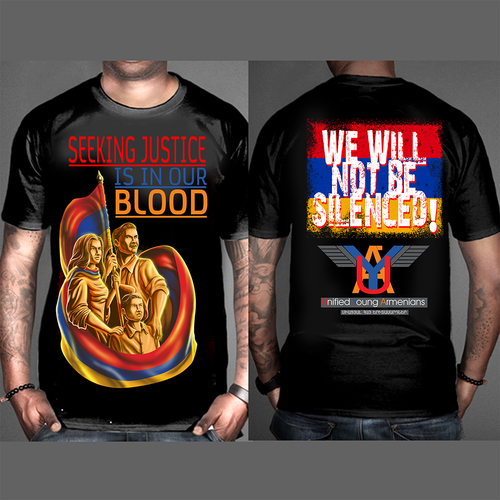 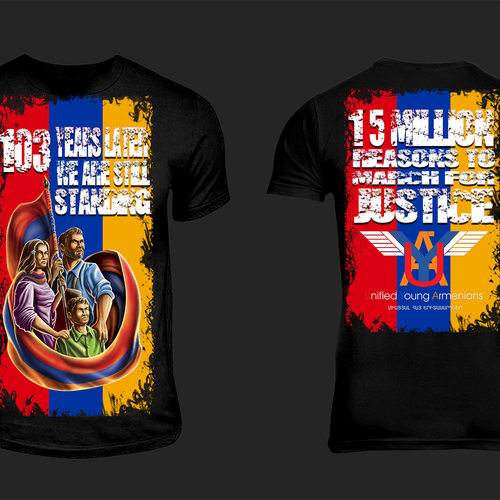 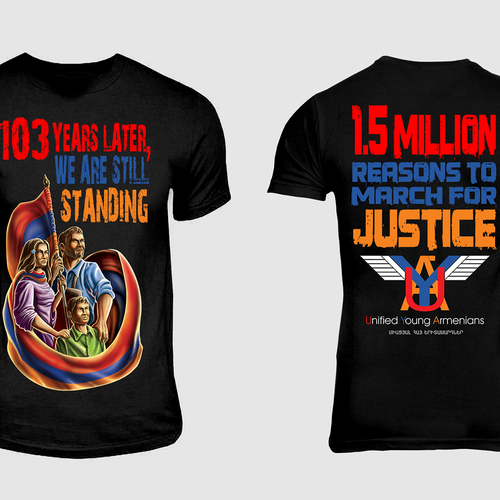 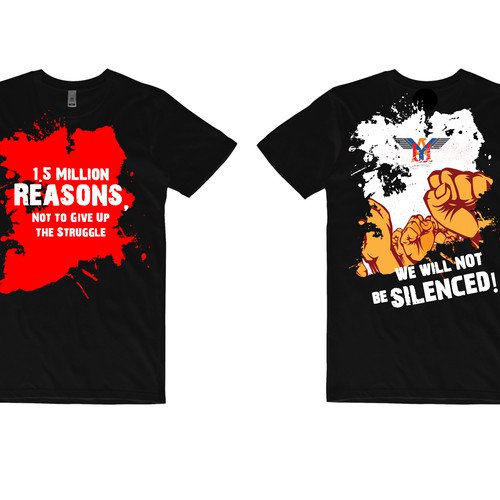 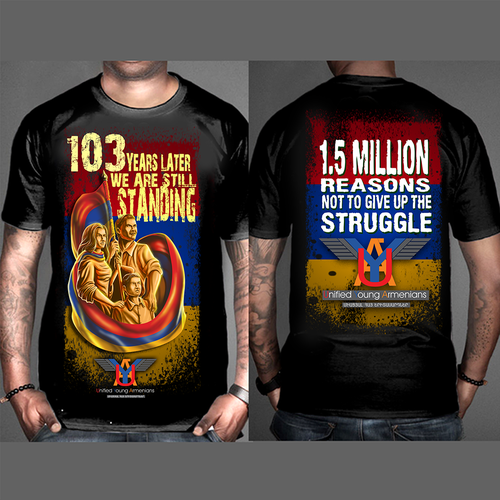 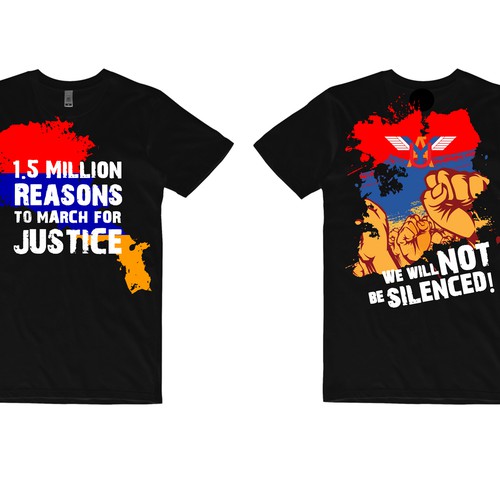 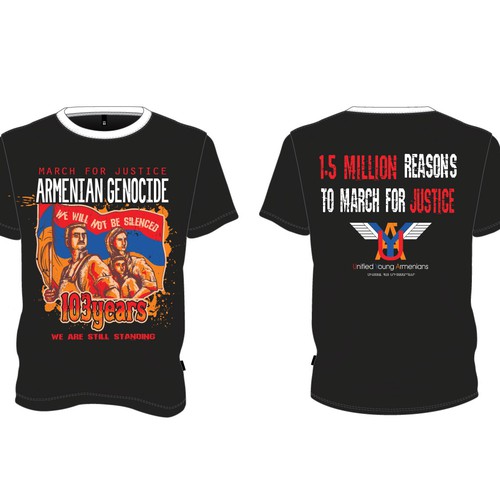 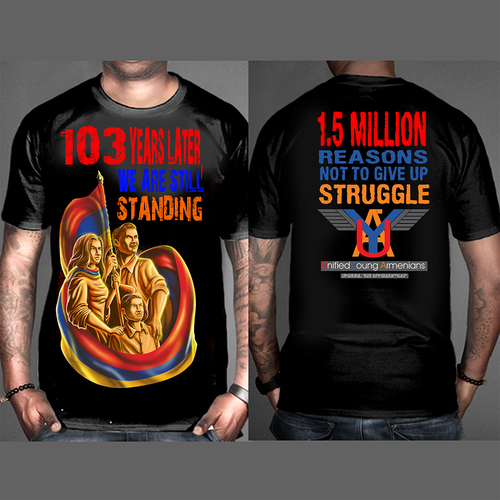 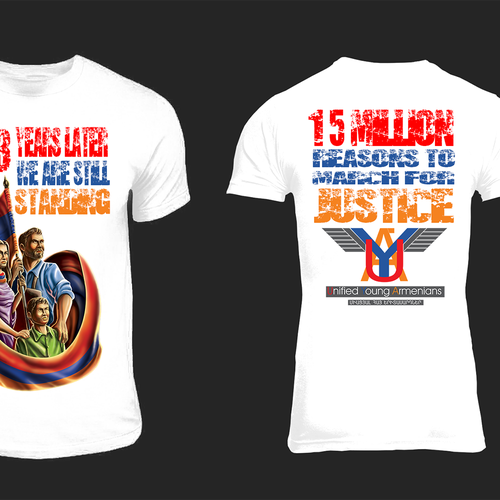 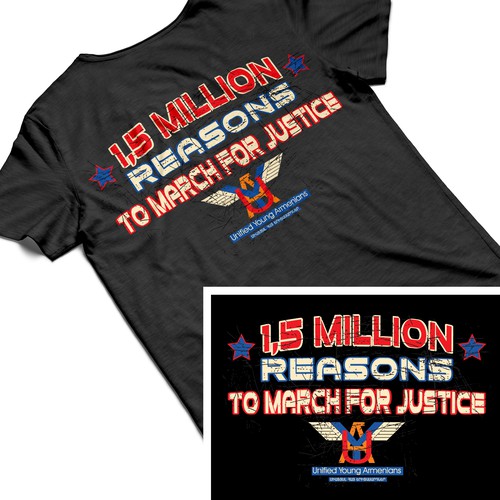 We are open to both epic, and minimalist ideas for front and back of the t-shirts, which show the continuation of the struggle for recognition and reparations for the Armenian Genocide.

BACKGROUND: The Armenian Genocide , also known as the Armenian Holocaust, was the Ottoman government's systematic extermination of 1.5 million Armenians, mostly citizens within the Ottoman Empire and its successor state, the Republic of Turkey. The starting date is conventionally held to be 24 April 1915, the day that Ottoman authorities rounded up, arrested, and deported from Constantinople (now Istanbul) to the region of Ankara 235 to 270 Armenian intellectuals and community leaders, the majority of whom were eventually murdered. The genocide was carried out during and after World War I and implemented in two phases—the wholesale killing of the able-bodied male population through massacre and subjection of army conscripts to forced labour, followed by the deportation of women, children, the elderly, and the infirm on death marches leading to the Syrian Desert. Driven forward by military escorts, the deportees were deprived of food and water and subjected to periodic robbery, rape, and massacre. Other ethnic groups were similarly targeted for extermination in the Assyrian genocide and the Greek genocide, and their treatment is considered by some historians to be part of the same genocidal policy. Most Armenian diaspora communities around the world came into being as a direct result of the genocide.

SHIRT USE: The shirt will be used as the official t-shirt for the Armenian Genocide March in Little Armenia, Hollywood, which is the largest of its kind anywhere. Some helpful ideas include:
"1.5 Million Reasons, Not to Give Up the Struggle"
"We will not be silenced!"
"Seeking Justice is in our Blood"
"103 Years Later, We are Still Standing"

We are open to ideas, styles, and slogans. So nothing is set in stone. As a reference, we are attaching the two shirts from the two previous years to give you a background. Also, as a possible idea, we have also included an old poster which may serve as a different style which if altered, may be helpful (example: the red flag is turned into red, blue, and orange of the Armenian flag colors. Also, if instead of the two men, there is a female or children included in the graphics.)

The shirt will have two sides. We would like to include our logo, the eagle, at least on one side.