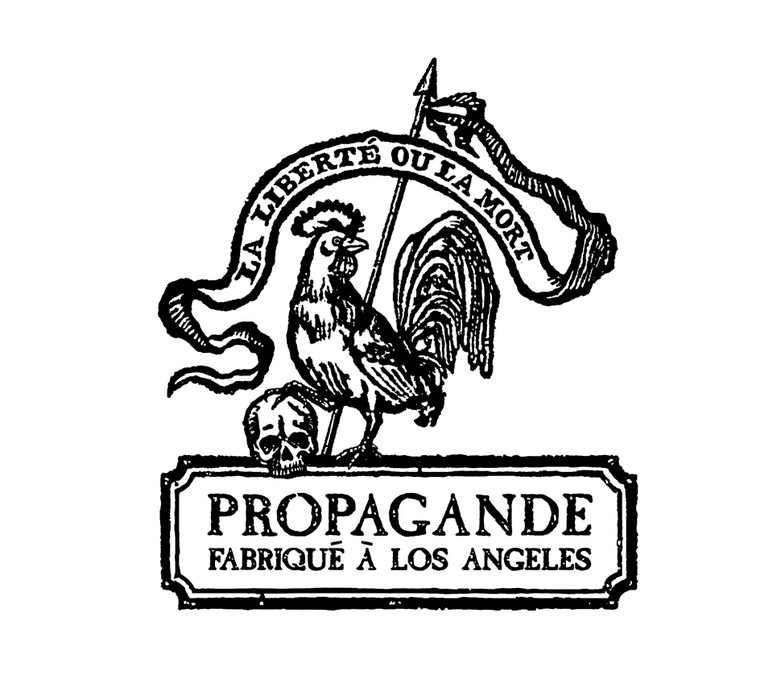 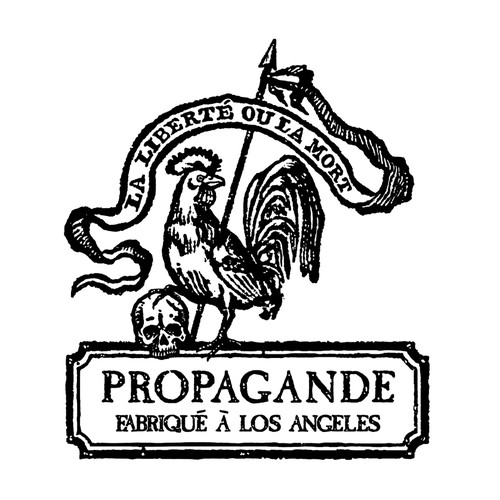 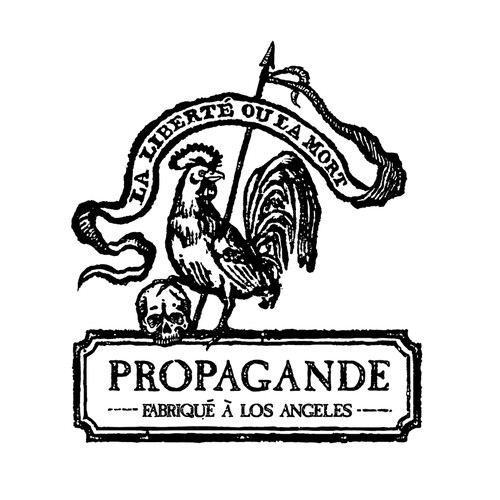 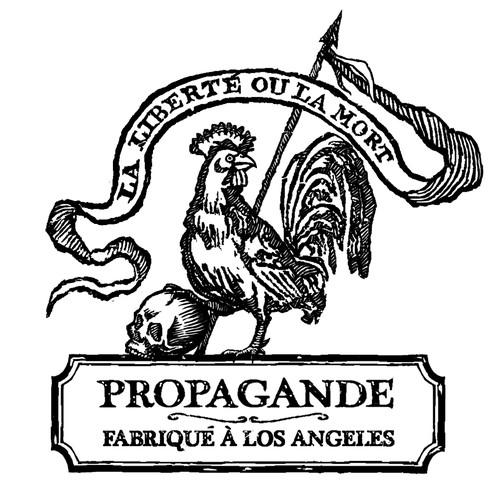 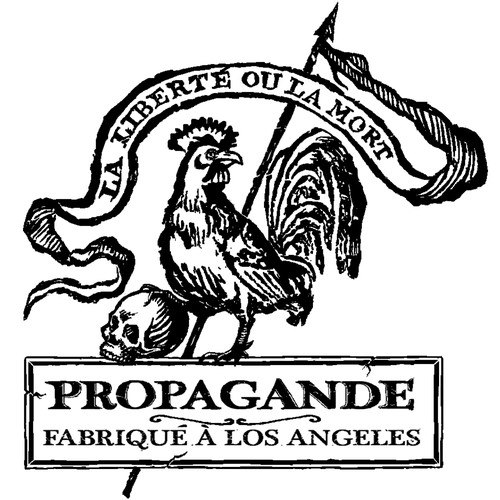 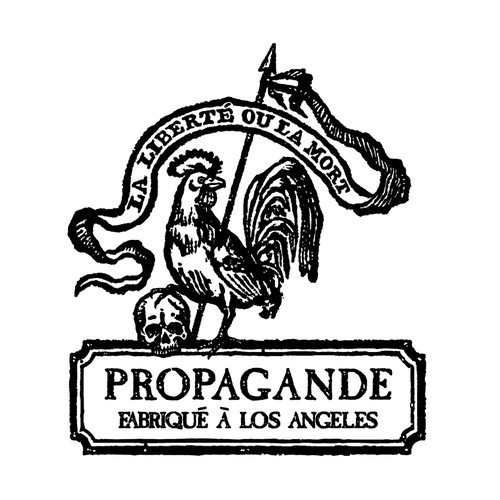 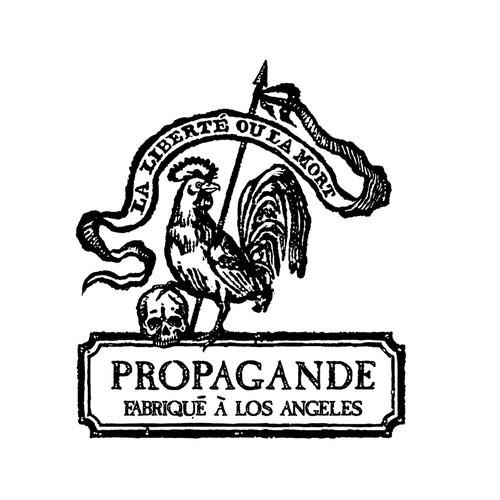 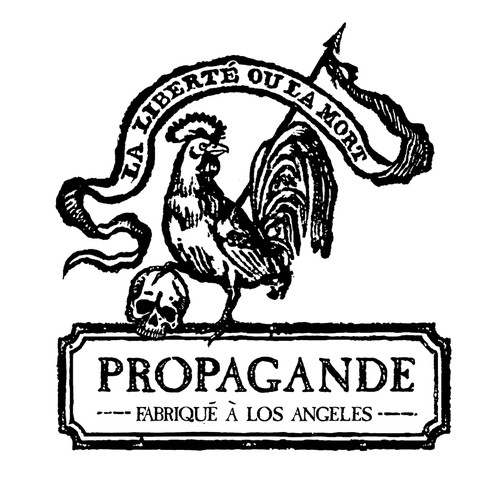 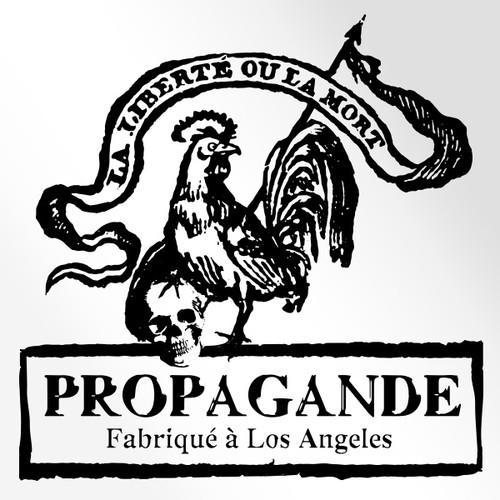 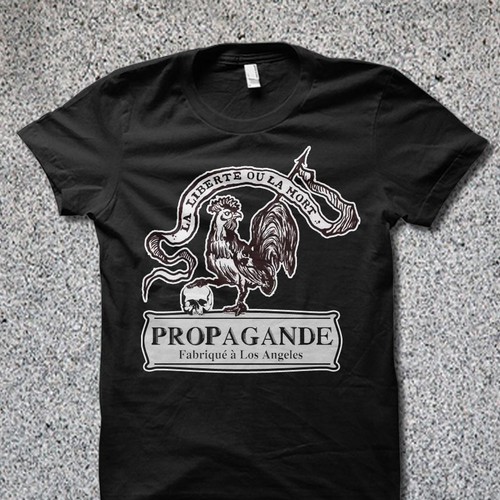 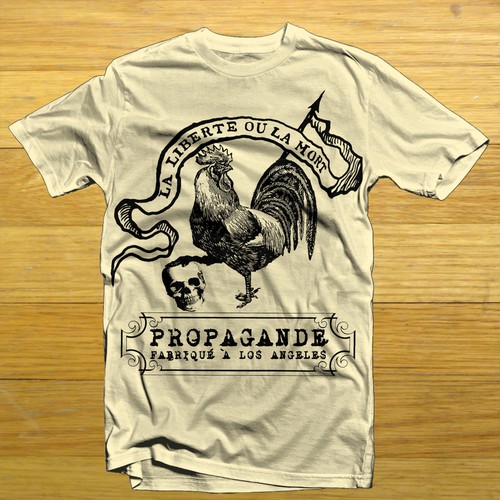 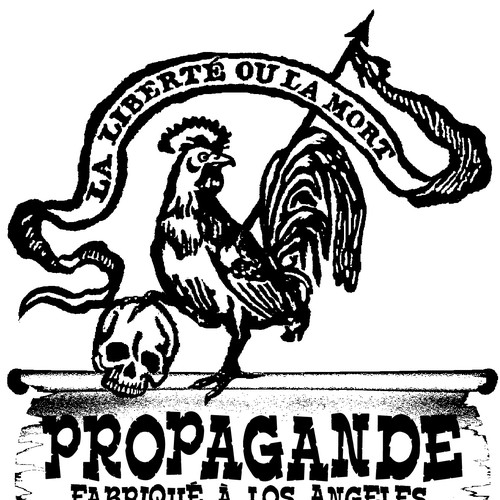 see the provided high quality scan and supporting docs for concept.
The size should be for a logo that can be adapted to a left chest logo of approx 4 to 5 inch to a center chest logo of 8 to 9 inch. it will be printed in black only.

I am looking to get a logo done to print on T-shirts and apparel. The design adapts a scan of a French parchment paper engraving from 1790 (see Le Coq.pdf). The editing MUST look as if it was part of the original design, in the same 18 century engraving style, with the same uneven lines, of the same/appropriate width, using the same hashing for the shadowing etc... You will see from the attached PROPAGANDE concept document a few changes required: recenter the rooster in the middle of the flag, place the accent on the "E" remove the dot at the end of the sentence, the spear should go behind the flag and moved with the rooster. The flag should be thinned and closed at the end.

Other things not on the template:
The shield behind the rooster should be removed,

The skull should be in the same 18c. engraving/ drawing style and lines as the rooster, including the hashing for the shades, so the clipart that was used on the attached example would need to be simplified. For scale I would also use a skull without the lower jaw so the skull would take less space.

The foot of the rooster sits on a frame that is supposed to represent - in the same style as the engraving design a stone frame (not necessarily exactly the same as the concept drawing except for the thicker exterior line plus thinner inner line frame style, maybe more in the 'classic statue nameplate' style with a semi-circle in the width part of the rectangle) which has the text (roman style stone-chiseled letters) PROPAGANDE and smaller bellow Fabrique' `a Los Angeles (with correct French accents above e and above a) - see attached bad cartoonish file for text.

Both feet need to be adjusted (claws blotched/too big proportionaly, some hashing needed, the one that sits/holds the skull needs to be created (fyi the concept design is not to be taken litterally, just as indication, i.e. a chicken only has 3 claws).

The beak and the eye needs to be fixed, again in the appropriate style, but not cartoonish like the bad logo (see attached 'detail' file for reference). The eye should be fierce and determined, looking directly at viewer.

Overall the drawing should be cleaned up SLIGHLY *** making sure not to loose the uneven stamped engraving effect *** notably where the ink botched up too much, like some of the letters in the flag to improve readability, the long feathers and the bottom part of the tail