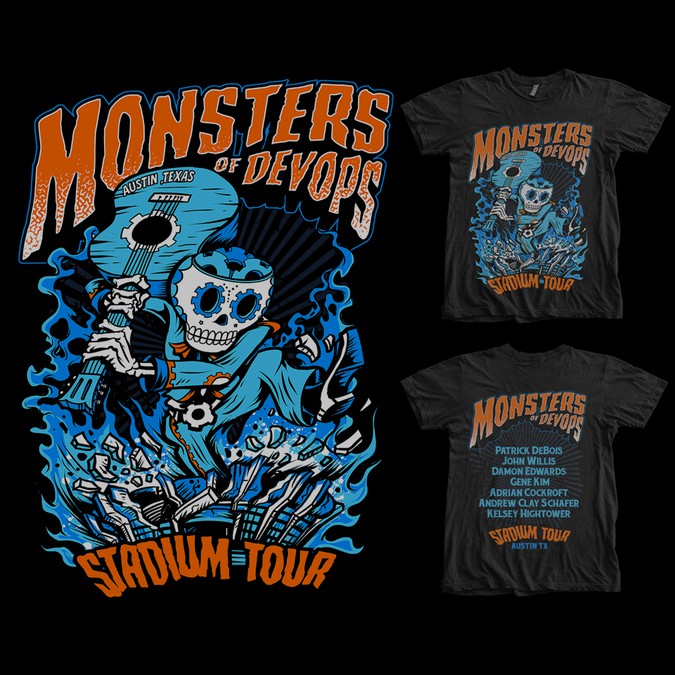 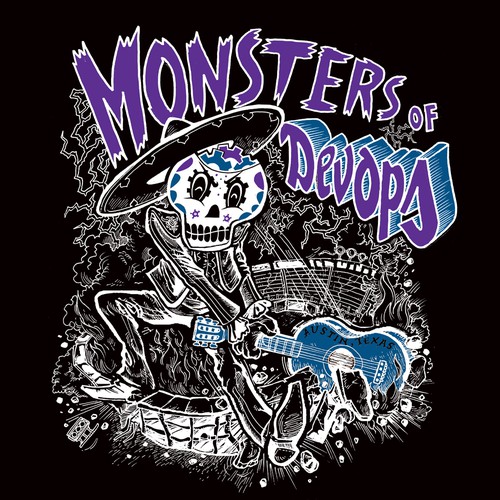 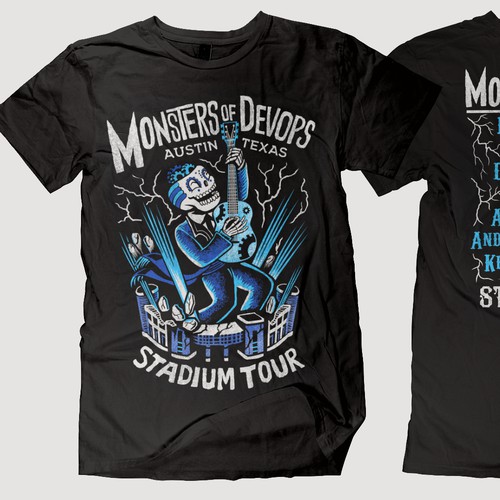 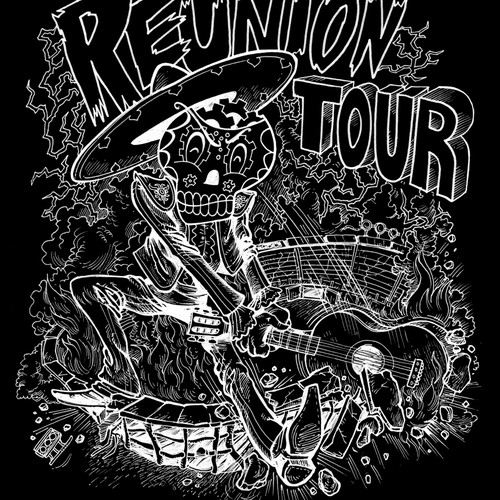 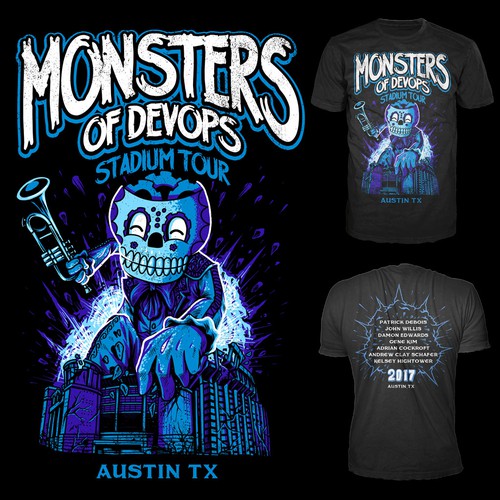 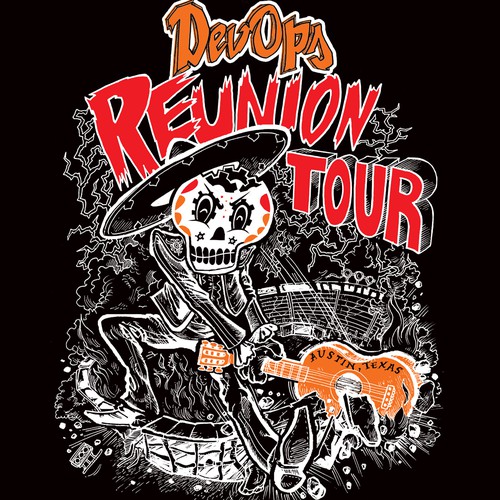 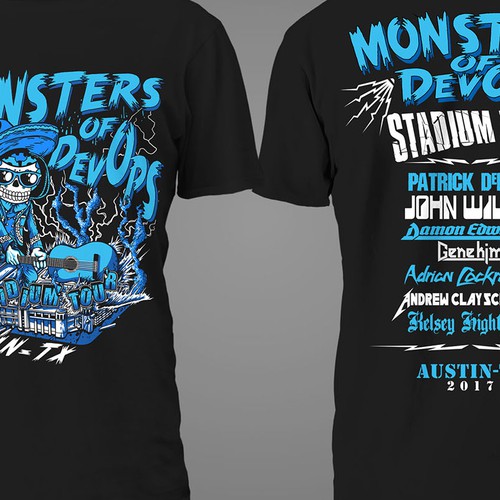 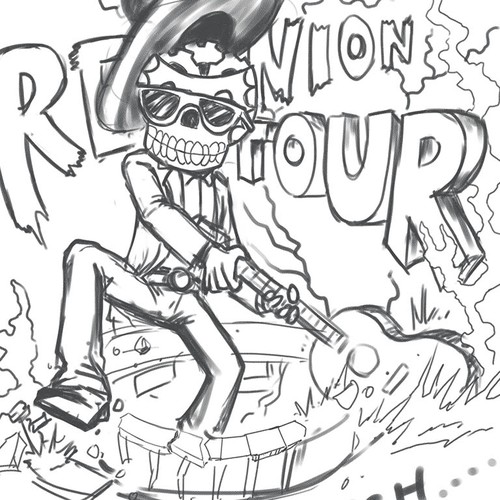 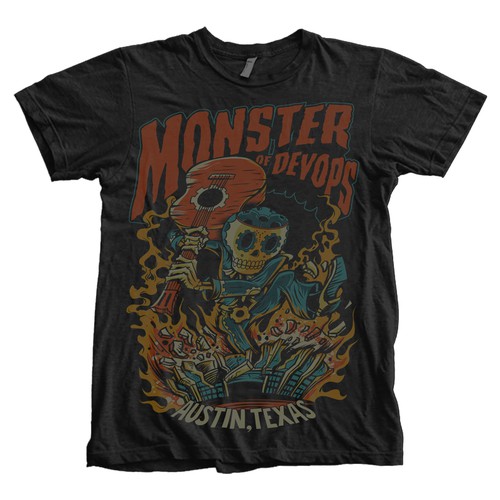 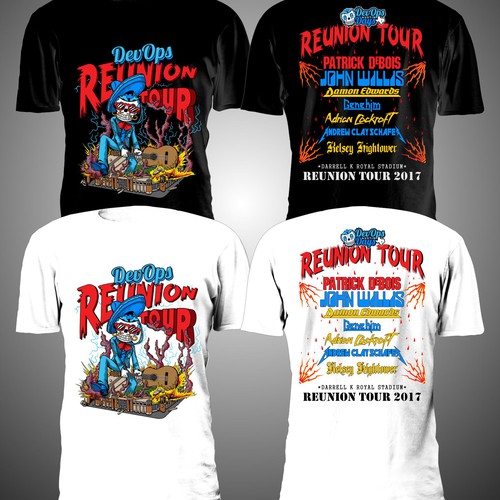 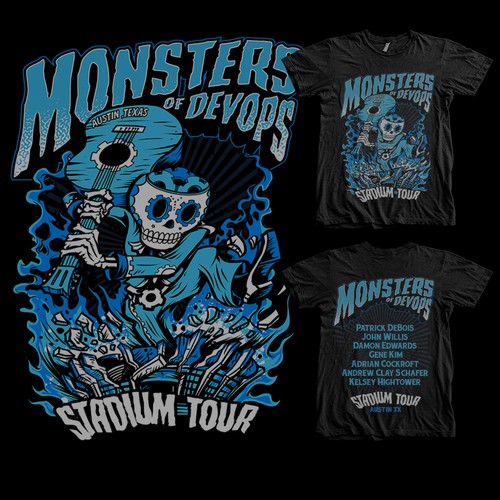 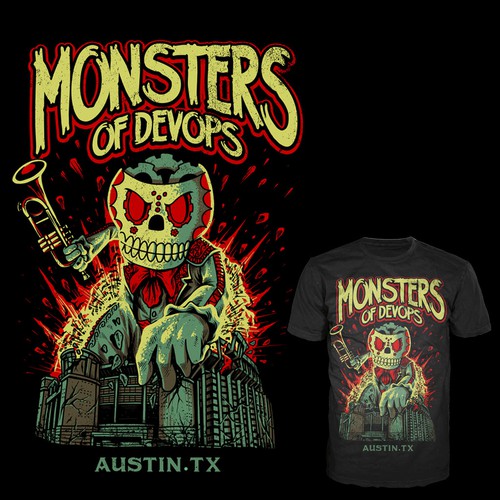 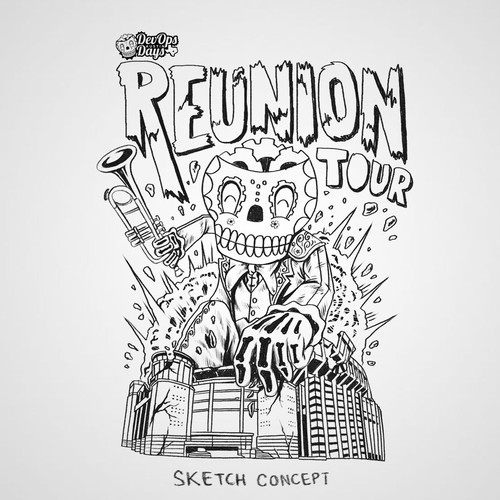 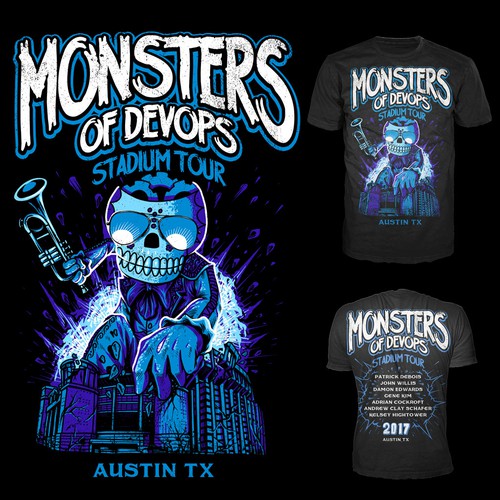 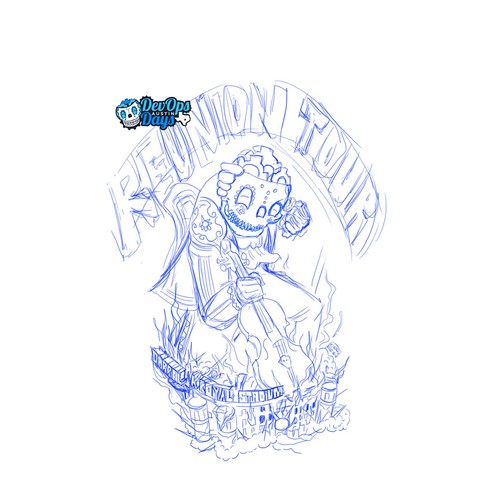 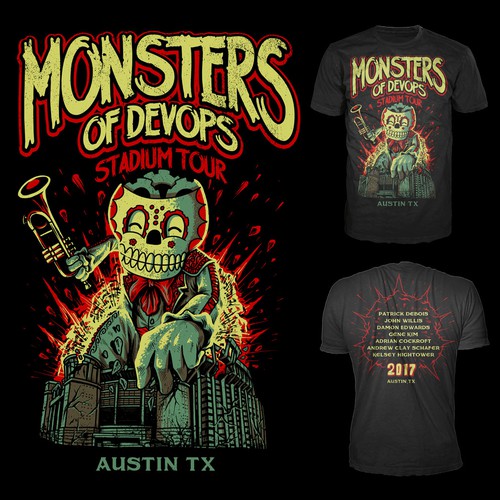 We really like the hand illustrated artwork from the 80's Monsters of Rock Stadium Tour and would love something like that. See requirements for more instructions.

We run an annual conference for DevOps. This year the theme is a reunion tour, in a rock band style. We really like the Monsters of Rock tee (attached) and would be quite pleased with an illustration mimicking that.

I envision Monsters of DevOps Stadium Tour. Replace the Godzilla with our mascot. Our mascot is the skull (calevera) with gears in our logo (also attached). He could easily be a Mariachi Monster. Our event is taking place at a stadium, so the fact the monster is crushing a stadium is almost perfect for us. Instead of a guitar, maybe some other instrument a calevera mariachi monster might use would be more fitting. Trumpet? Violin? Who knows, we bet you can make it look awesome.

Front of the shirt needs to have the following words:
MONSTERS OF DEVOPS STADIUM TOUR
Austin, Texas (or Austin, TX)

The event is DevOps Days Austin at the Darrell K Royal Stadium in 2017. We don't want those words in the design, this is just an FYI. The stadium is DKR and the designs with that backdrop are very clever!

1. Any references to University of Texas or the Darrell K Royal Stadium. This includes the words "Darrell K Royal" but not a stadium in the likeness thereof. Also stay away from the color burnt orange in the design as this is a University of Texas trademark color... Long story, but we need to show no affiliation with the university even though it is where our event is located.

2. Anything scary. We need it to be rock and roll, not halloween. I know this is a tough balance, but we need your help here.

3. Too many colors. Screen printing gets thick with lots of colors.