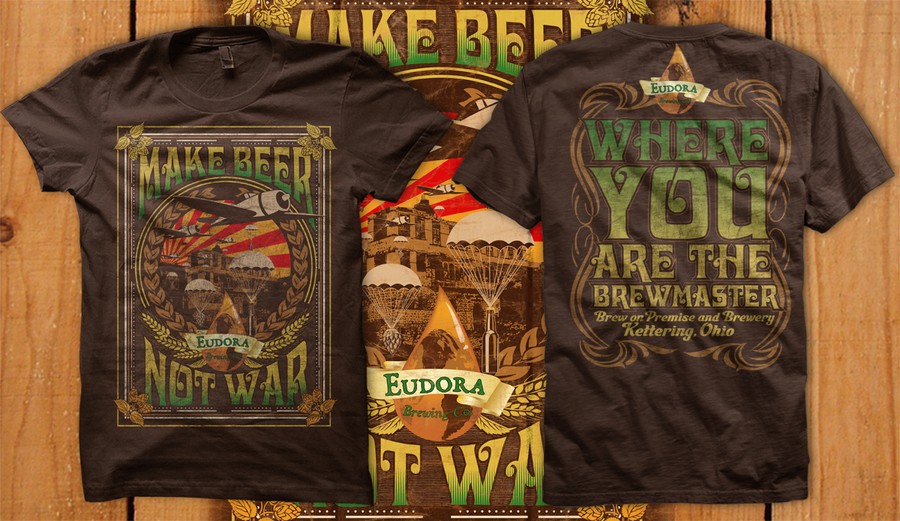 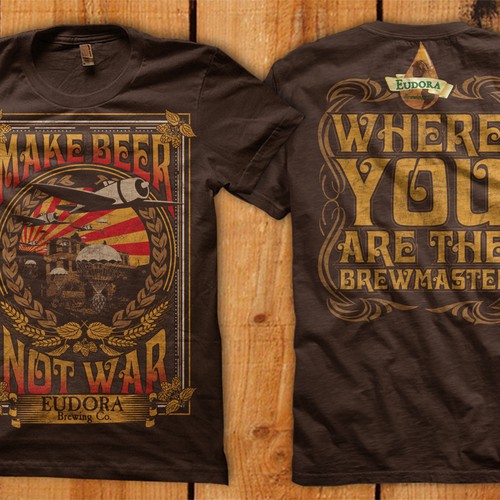 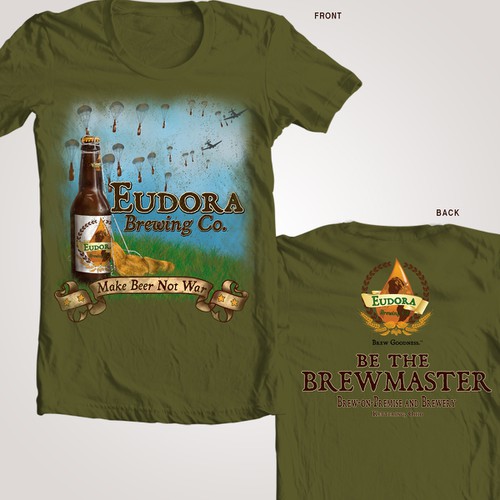 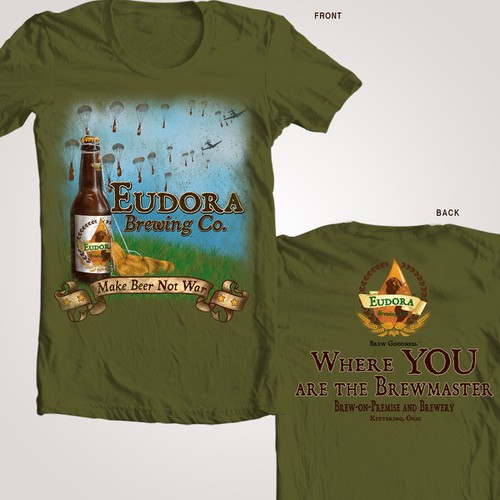 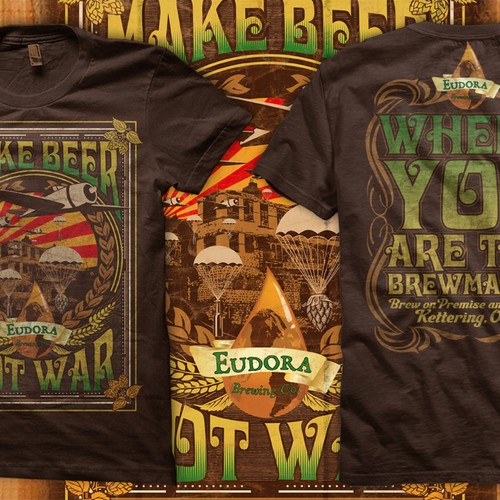 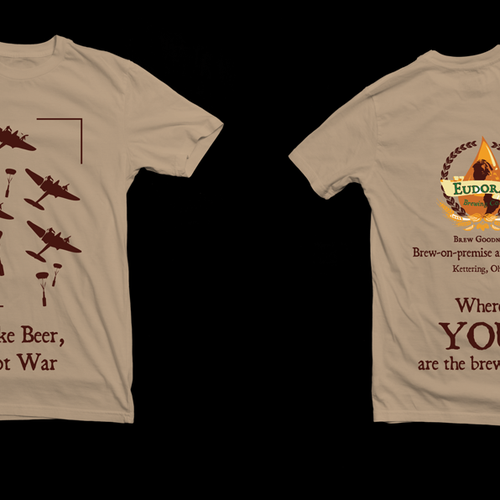 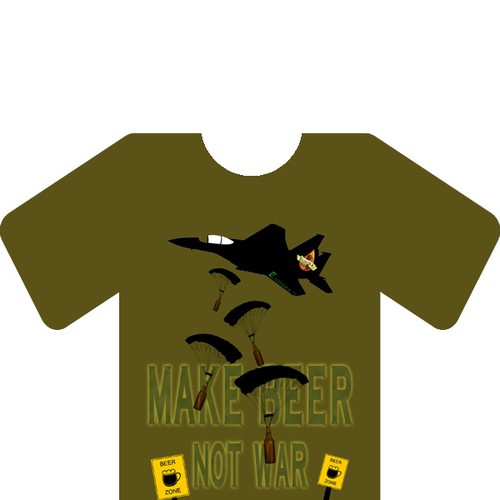 I'm open for ideas as far as style is concerned. My original thought was to have a WWII era style, but feel free to be creative.

The original idea was to have a WWII-era plane on the front of the shirt dropping hops or bottles of beer with parachutes. You can use this idea or come up with something else that incorporates beer and war. I'm open to ideas! It needs to have a version of logo somewhere on the front (it can be small, but the word Eudora needs to be legible), and it needs to say "Make beer, not war" on the front as well.

The back of the shirt will tell people about the company (it's a brewery and brew-on-premise). Customers will be able to come in and brew their own beer using our equipment and facilities, so I'd like the back of the shirt to say "Where YOU are the brewmaster" (emphasis on the YOU) . I'm open to ideas for that as well, but make sure that the phrase you choose isn't trademarked or copyrighted. A version of the logo is also required, along with the words, "Brew-on-premise and brewery" and" Kettering, Ohio".

You can choose which versions of the logo you want to use, but don't use one version more than once.

If you want to use the same font as the logo, go to DAfont.com and find the font called "Dominican".

Nothing too political. No blood/gore or serious war violence. Nothing offensive.