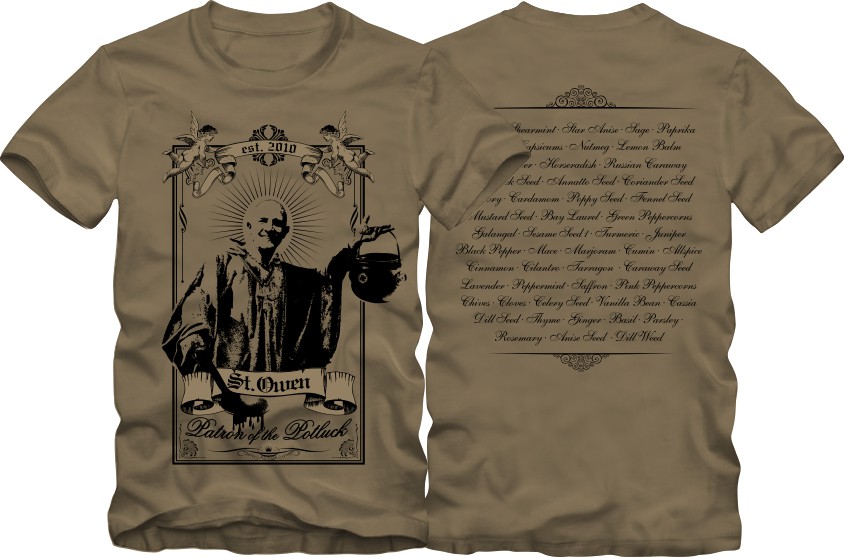 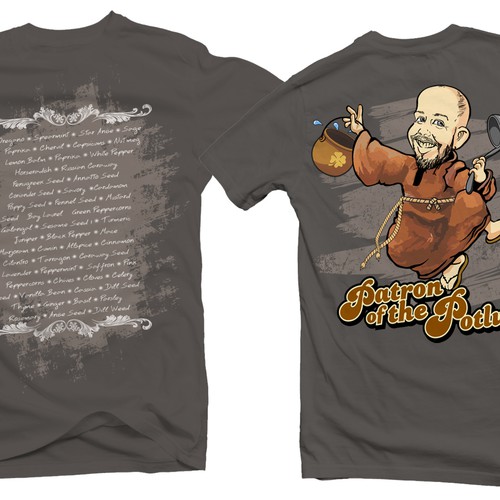 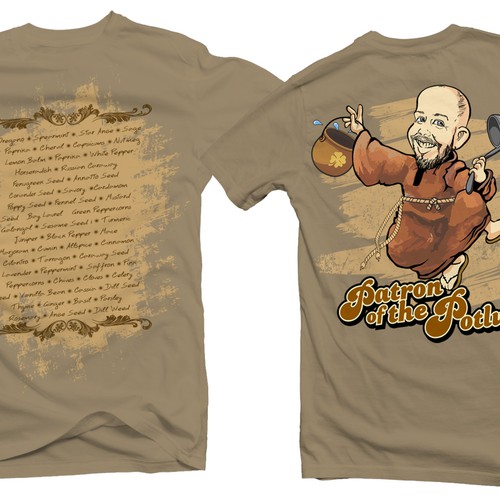 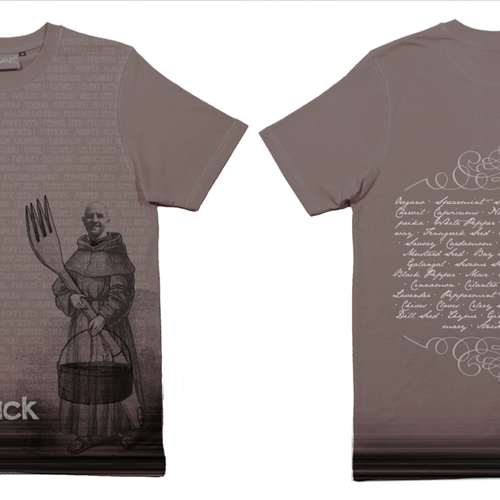 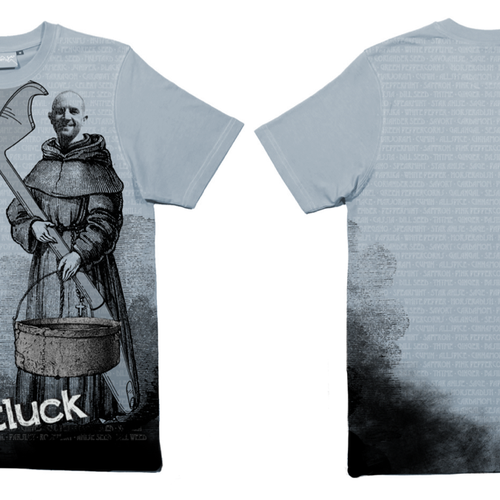 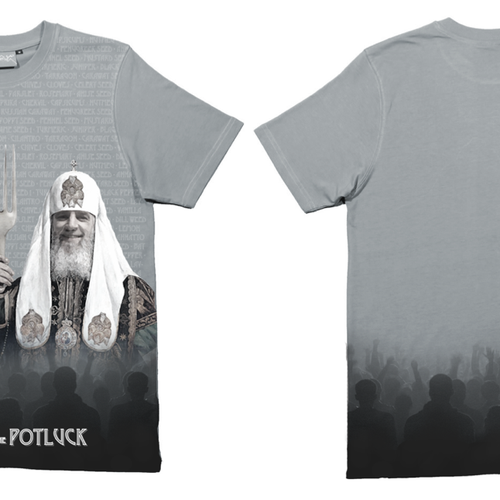 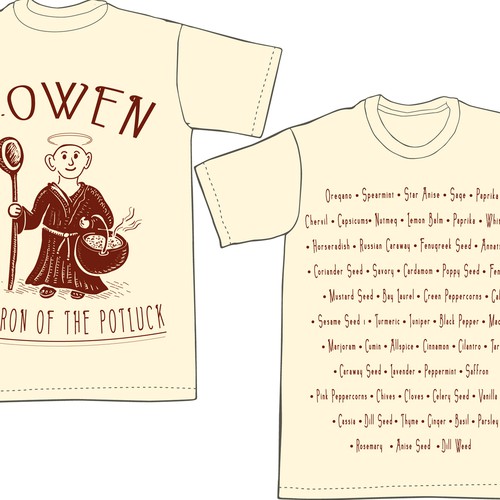 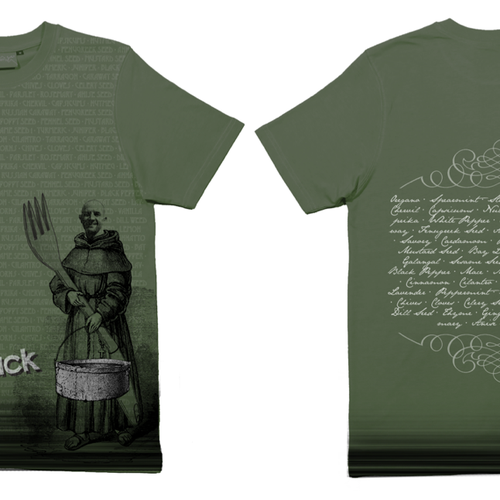 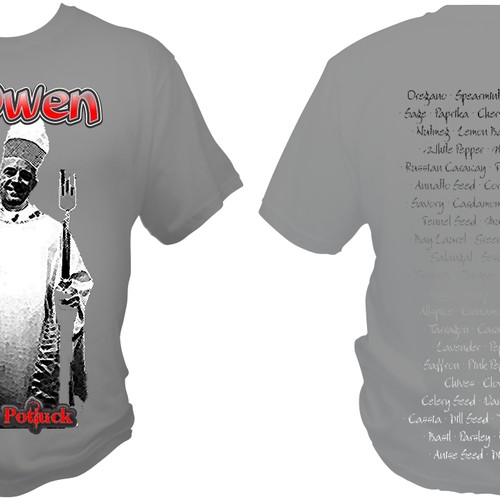 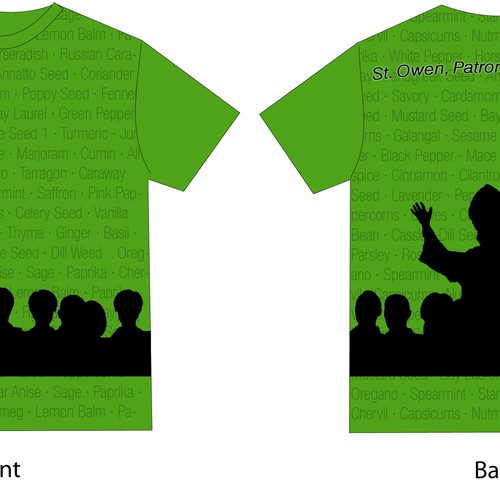 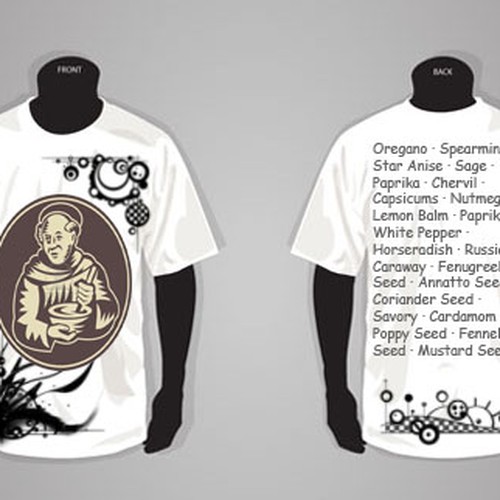 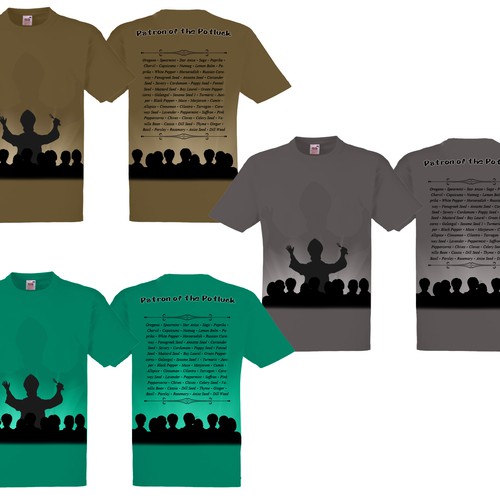 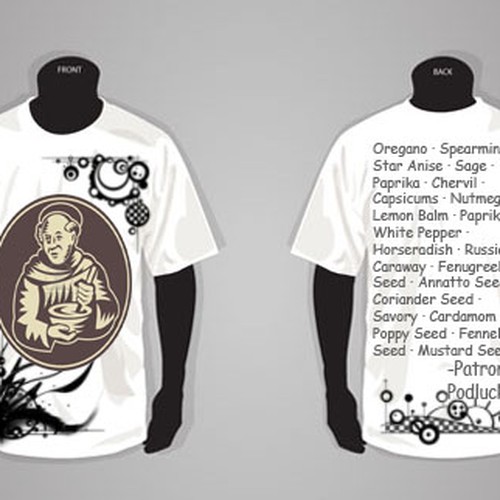 We have two ideas for the picture on the back. We are interested in seeing each design through the eyes of the designers and selecting one of them.

First, the idea is to have a silhouette figure of a patriarch bestowing blessings onto a crowd. Instead of a cross, though, the figure will be holding a giant ladle or fork. Underneath would be the text "Patron of the Potluck." The silhouette would look something like this:

Alternatively, we thought about having a picture of the back of a monk walking down a road carrying a giant pot with a clover on it (pot-luck). The friar would have a robe tied by a rope and sandals. We want him to be skipping or doing an Irish heel-click (our friend is jovial). He should be mostly bald with big ears - see the photo of our friends attached as the logo. Here is an example of a friar:

Again, it would say, Patron of the Potluck somewhere on the image.

On the FRONT of the shirt, we want a block of text with a list of spices like this:

There is a good friend that has hosted a weekly dinner at his house for the past two years. He does all the cooking and dishes and has gathered a great group of people that has slowly grown into a community. His birthday is coming up so we want to thank him for all his work and generosity. We want to create a t-shirt with the theme, St. Owen, Patron of the Potluck.

We would like a picture on the back (see below) and a block of text on the front.