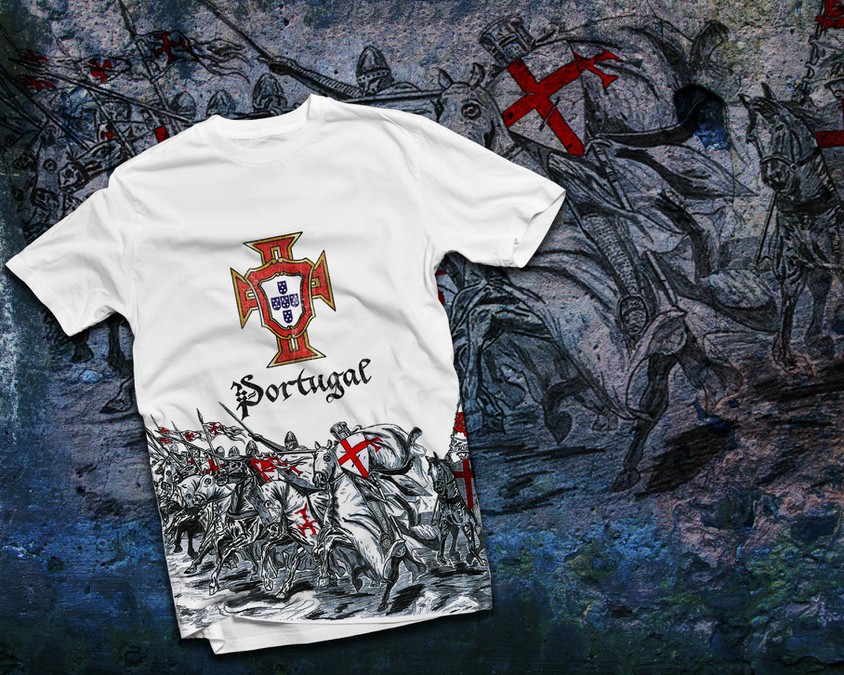 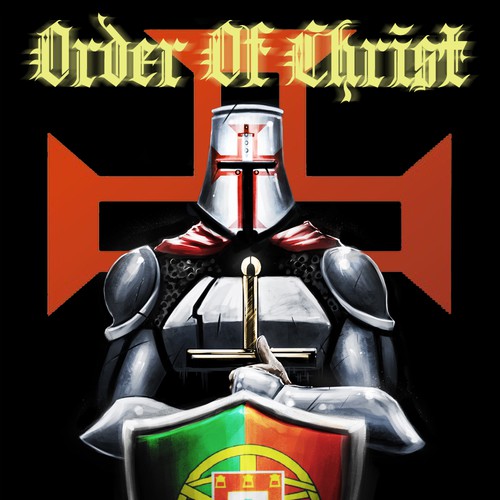 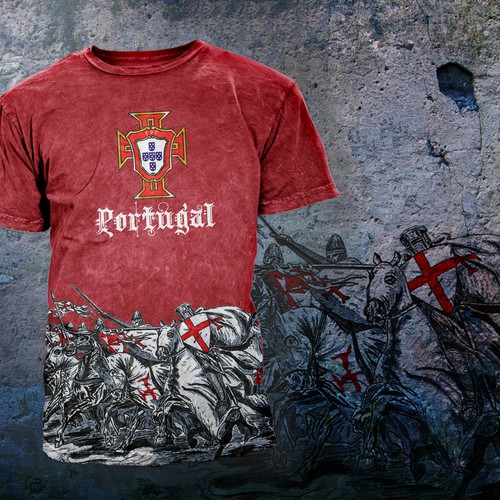 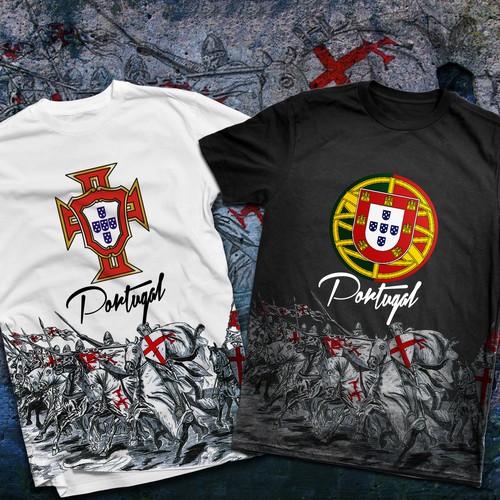 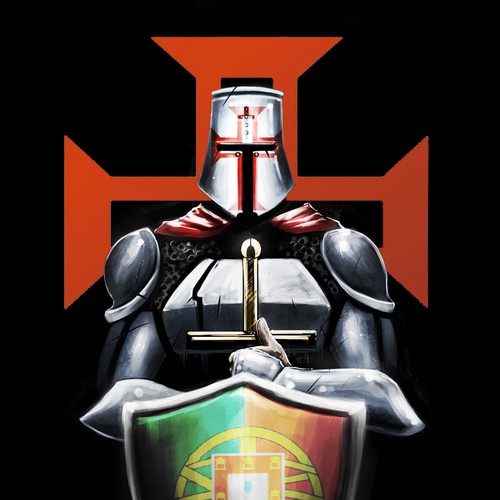 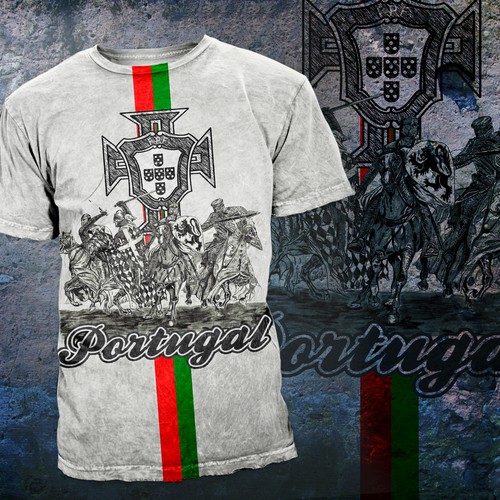 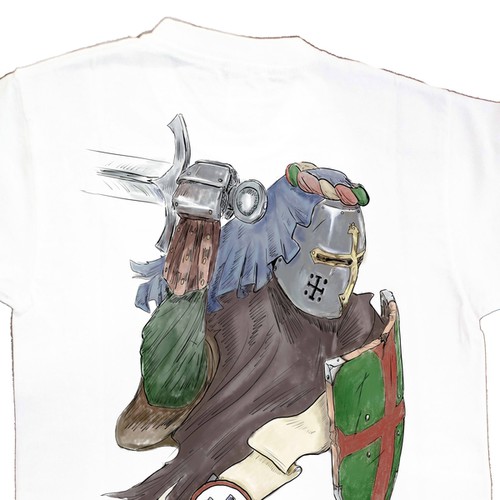 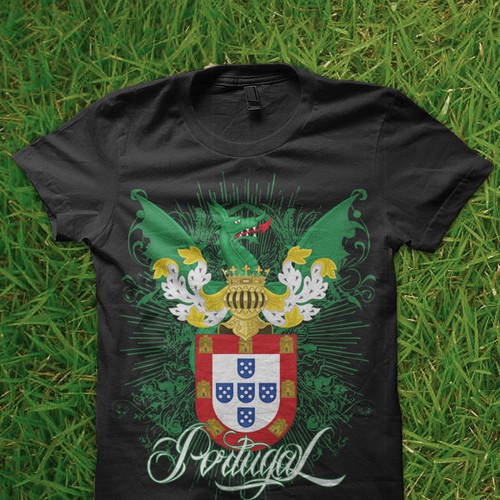 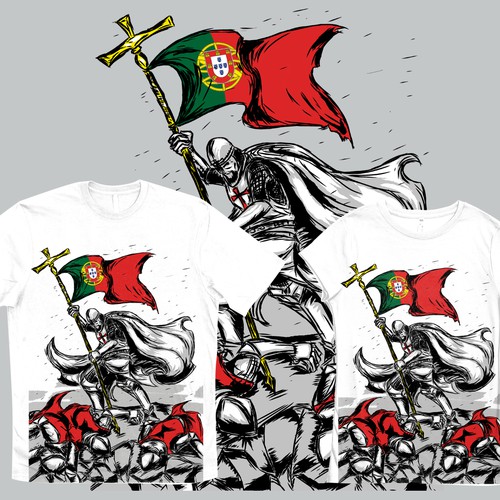 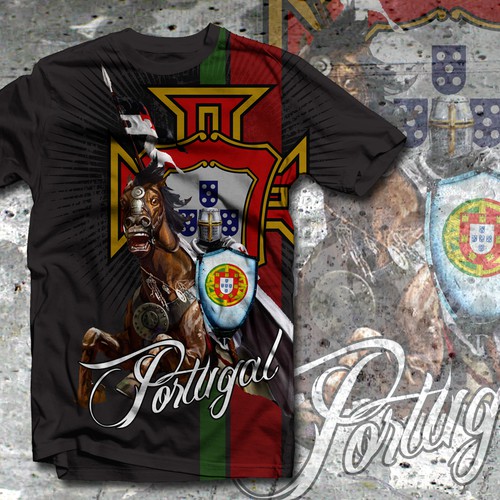 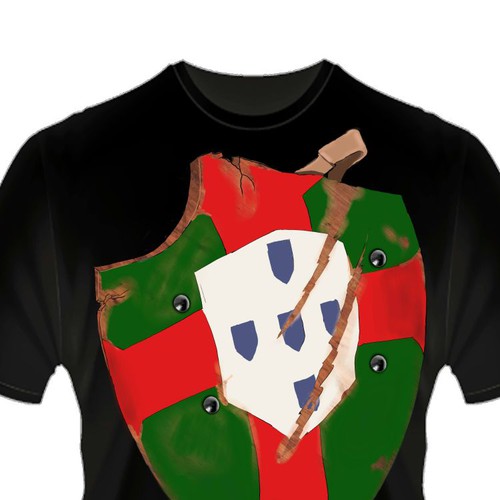 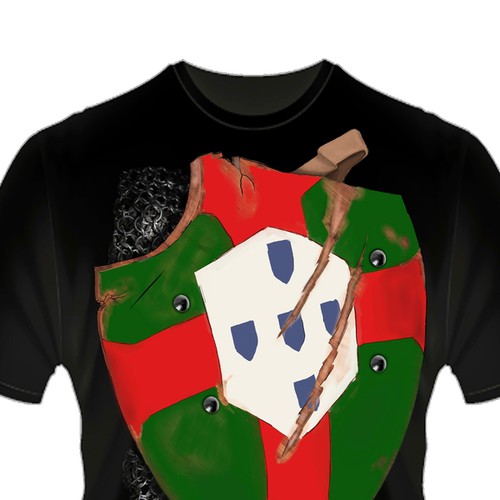 Up to designer - I'm open to all design styles however I prefer a design that is more artistic rather than copied images often seen on t-shirts.

Must contain some of the colors in the Flag ( Green, Red, Blue, yellow, and White)

I would like a powerful design of a Templar Knight with image of the Portuguese crest. Each symbol of our flag means something specific. I want a patriotic shirt design that symbolizes the history of Portugal thru the symbols on the flags. You can design for just one symbol on the flag or all of them.  I want the design to be modern and artistic.

The seven castles around the white shield represent the fortified locations that Don Afonso Henriques conquered from the Moors.

The green color represents hope and the red the courage and the blood of the Portuguese fallen in combat.

Note: This will be an ongoing project with many more designs required to fill out our apparel offerings.

Nothing with jokes or cartoon images.