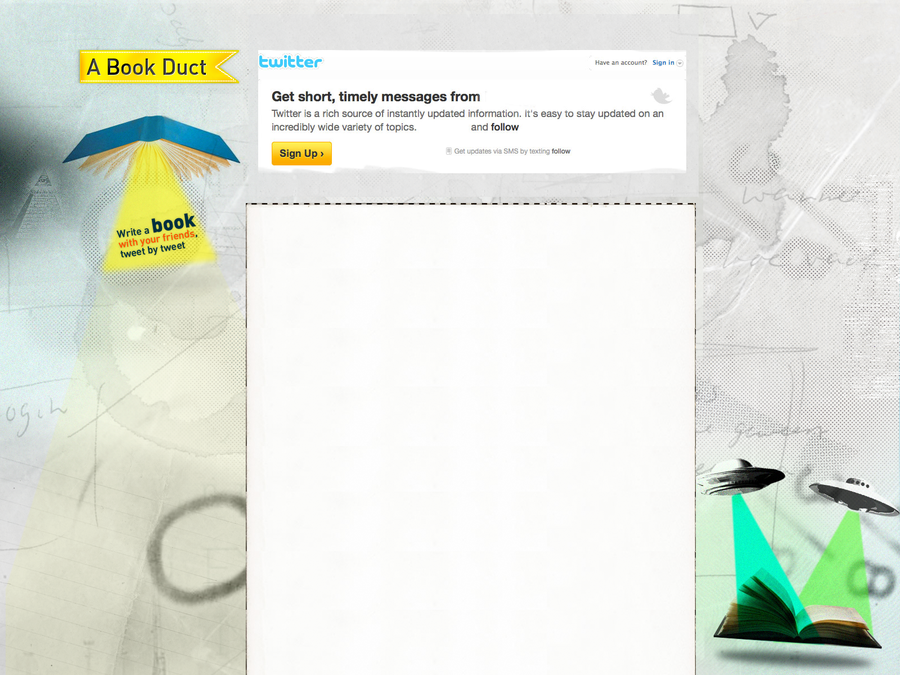 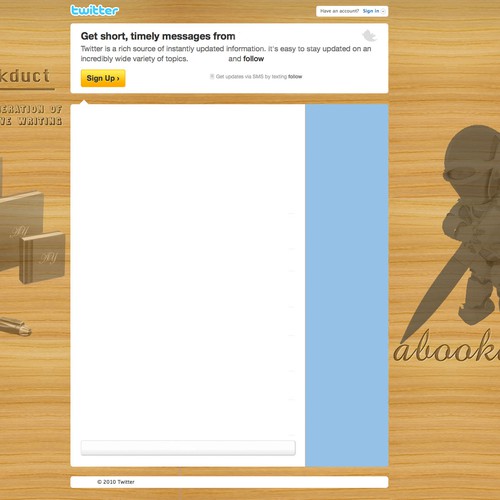 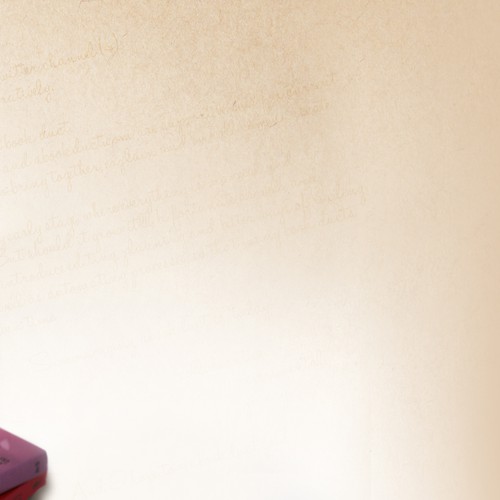 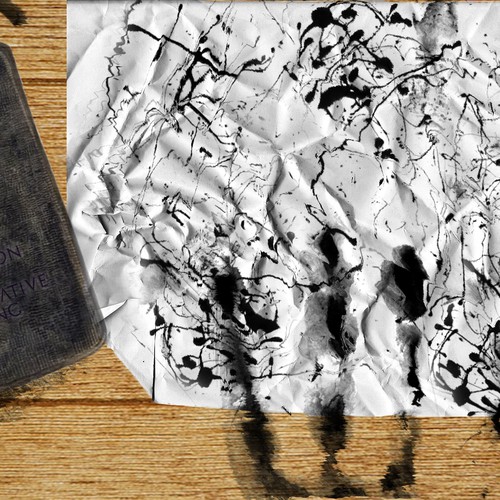 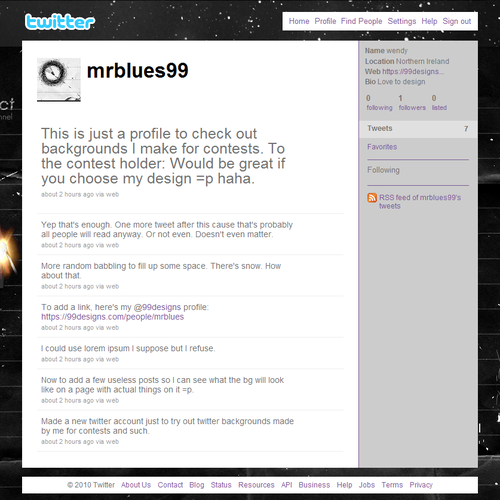 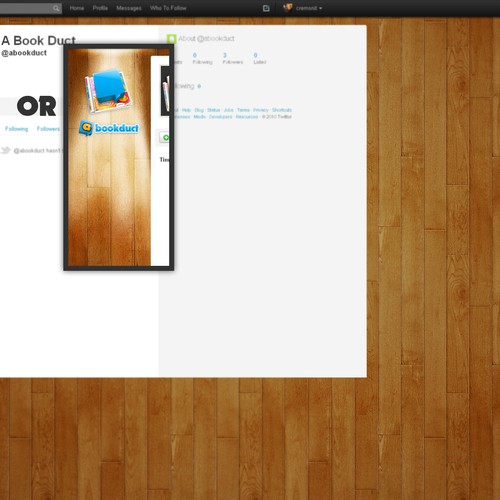 abookduct is collaborative writing on twitter.
It is about bringing different people together on the web to write a book, tweet by tweet, taking turns adding to the draft.

It is a wordplay on "abduct" with "a book duct", because it is:
- a channel for writing something on twitter, thus each book being written is considered a 'duct', by which people channel their collaborative work.
- a social network that 'abducts' people into writing and collaborating, involving them.

Please see our current website: http://abookduct.com/
(Note: the design does NOT need to be similar to the current design on the website)
It is also refered to as #abookduct due to this being the hashtag that identifies collaboration on twitter (aside from a unique hashtag for each book duct).

We support fiction as well as non-fiction and any other inventive writing format that can be thought up.

We are preparing to relaunch the twitter service in early 2011, with a website fully programmed around the API to automate the collaborative process; after testing the system with two successful short stories written by dozens of people.

Twitter users of all demographics, who like reading, from Twilight teen fans to stay-at-home moms, passing through non-fiction business readers and much more.

We need the background to feature an abookduct logo, which is to be created by the winning designer.

The logo designed MUST lend itself to being iconized (like creating an icon out of a remarkable element in the full logo), such as for the twitter avatar and for a favicon.

We need these 3 final files in .svg only, with all elements individually modifiable (vector).

Comienza ahora
Charles Hotel needs a new twitter background
95 AU$
Charles Hotel is Perth’s iconic live music and entertainment scene
51
entries
20
Designer
Create the next twitter background for Modern Day Mums
£65
We offer successful working mums online coaching training/products
117
entries
27
デザイナー数
create a logo that is current but doesn't get lost in all the instagram ads. something that pops
US$ 299
I am starting an online shopping boutique based off my my personal shopping business. My boutique will cater to women on
62
entries
10
designers
Artist Album Cover
299 $US
The following project will be album art for Spotify and Apple Music.
41
entries
14
designer graphistes
Design a bold logo with a lion head for my Real State Investment Co
299 $US
My company buys and owns Real State Investment properties
50
entries
19
designer graphistes
Cover for a music video for youtube 2
69 €
20
entries
7
Designer
Más información sobre diseño de fondo de twitter
Vea como funciona