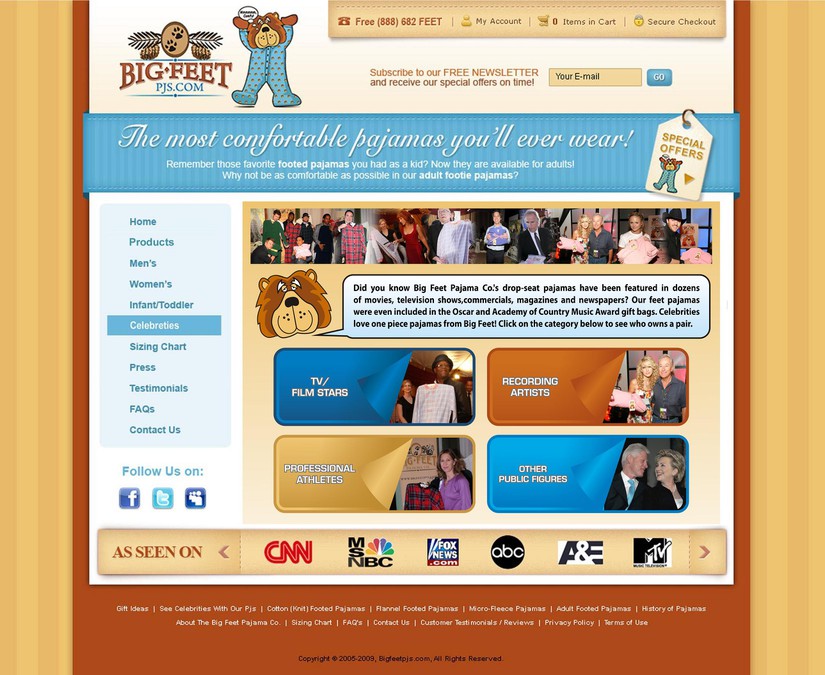 Celebrities page needs a facelift for our fun pajama website 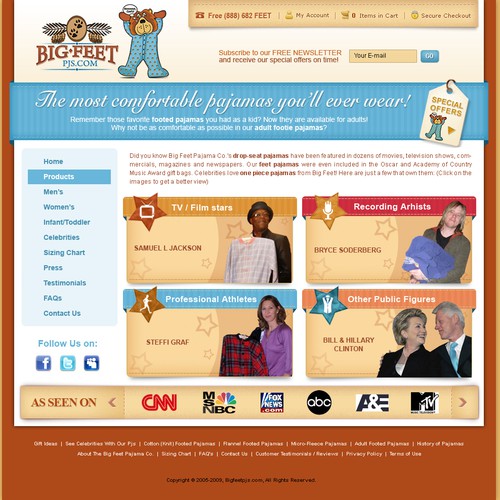 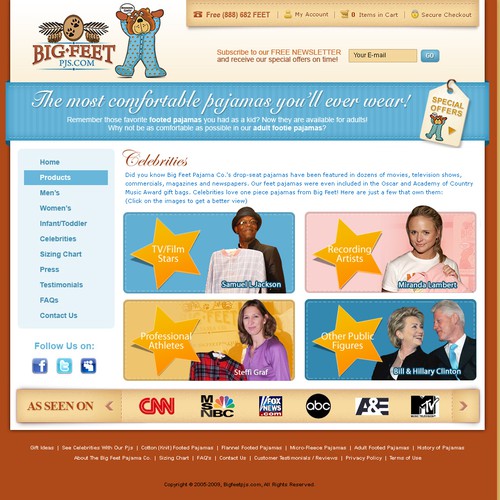 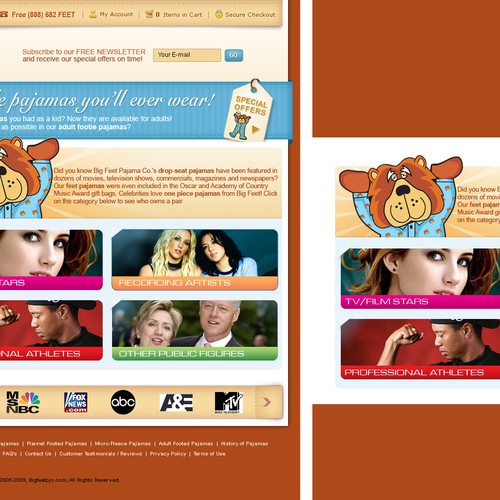 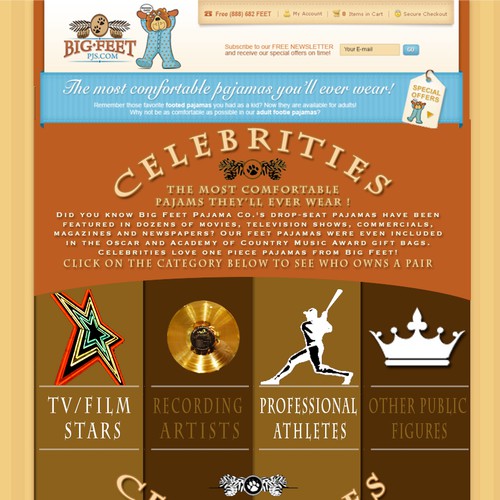 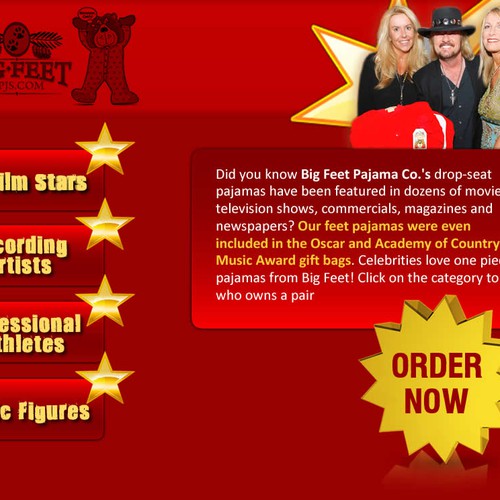 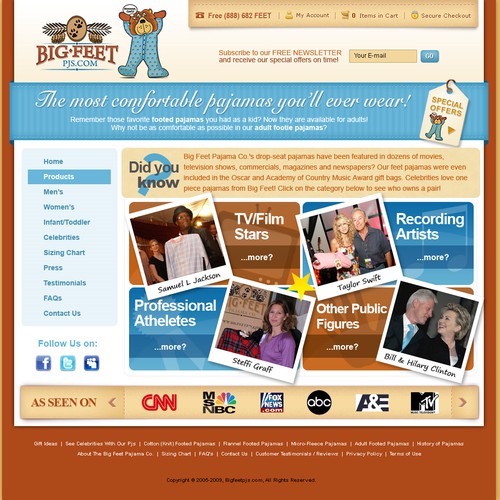 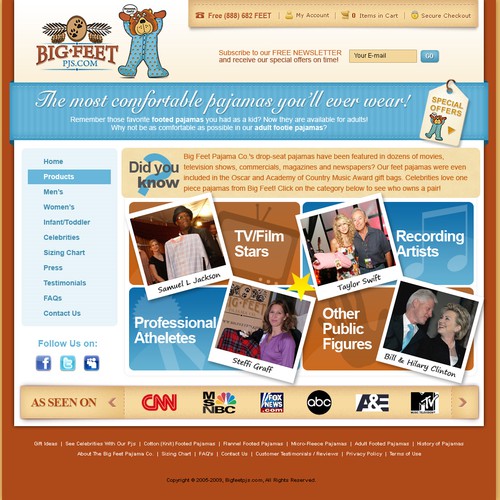 We are Big Feet Pajama Co., a manufacturer of footed pajamas for men, women and children. http://www.BigFeetPJs.com

all ages, men and women

As a result of being a part of the 2007 & 2009 Academy Awards, as well as the 2008 Country Music Awards, we have several pictures of celebrities holding our product (including 100 that aren't on the website yet).

We are looking to have a landing page under the celebrities tab that has four boxes: TV/Film Stars, Recording Artists, Professional Athletes, Other Public Figures

When someone clicks on the celebrities tab, we want them to drill down to see the celebs in that category.

Above the four boxes, we would like it to say -

Did you know Big Feet Pajama Co.'s drop-seat pajamas have been featured in dozens of movies, television shows, commercials, magazines and newspapers? Our feet pajamas were even included in the Oscar and Academy of Country Music Award gift bags. Celebrities love one piece pajamas from Big Feet! Click on the category below to see who owns a pair

Please make sure that the design reflects our new website design -

Comienza ahora
Star-Registration - Redesign Landingpage
€ 819
We are offering the service to name a star. Our customers get a certificate, a celestial map and an entry in our regist
173
entries
43
designers
We are looking for a web design for a professional certification provider
1 000 $US
PCB is dedicated to public protection by establishing and monitoring certification standards and examination development
44
entries
16
designer graphistes
Website design for a salesforce product development company
$ 2’949
Digital product development and consulting company. Specialize primarily in salesforce.com development. We build scalabl
239
entries
19
Designer
Professional and elegant 1-page website to appeal to law firm
549 €
KerriJames is a growth strategy firm specializing in the legal industry. We help firms unlock their data to identify the
152
entries
40
diseñadores
Help us making the world a better place with a great website
CHF 619
We offer unbiased research on triple bottom line investments. These are investments which have a social, environment, an
120
entries
23
designers
UX Complaint Box
EUR 549
I want to sell the "UX Concierge" services, which mean to teach managers on a high level how important ux is and hope th
27
entries
9
diseñadores
Más información sobre diseño de página web
Vea como funciona